⚡ Bulletin: 32 people were killed, and 190 were injured, in a stampede today at the funeral procession for Iranian general Qasem Soleimani in his hometown of Kerman, state TV reported. (AP)

In 2020, Boeing and SpaceX will push to launch astronauts to orbit for NASA after years of delays, in an attempt to end U.S. reliance on Russian rockets for rides to the International Space Station, Axios' Miriam Kramer writes.

Here's what else we're watching as the U.S. tries to solidify 21st century dominance in space: 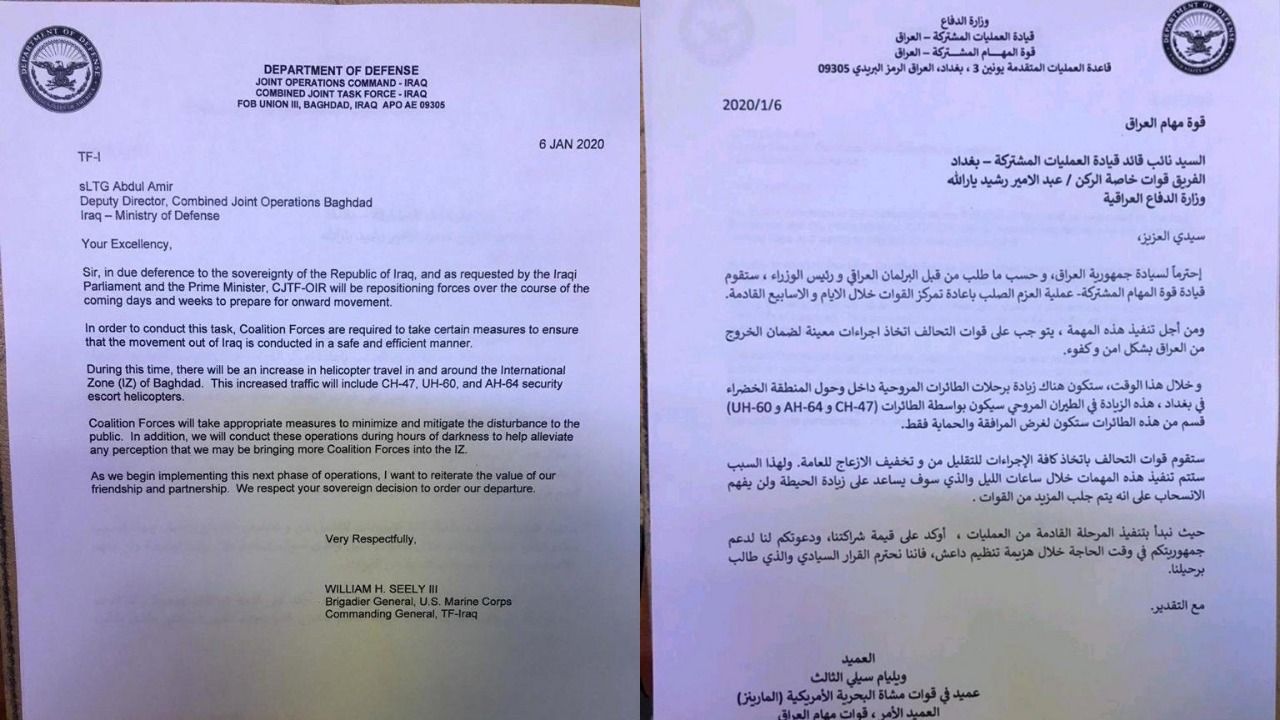 Leaked English and Arabic versions of the letter, obtained by Reuters.

Amid a media frenzy over a letter appearing to reveal U.S. plans to withdraw from Iraq, Defense Secretary Mark Esper told reporters that no such decision has been made, Axios' Dave Lawler and Zach Basu report.

D'oh! ... Gen. Mark Milley, chairman of the Joint Chiefs of Staff, told reporters: "That letter is a draft, it was a mistake, it was unsigned, it should not have been released … poorly worded, implies withdrawal, that is not what’s happening."

💭 Our thought bubble: The fact that there was an Arabic translation on DoD letterhead (shown above) makes it clear this was no casual draft. 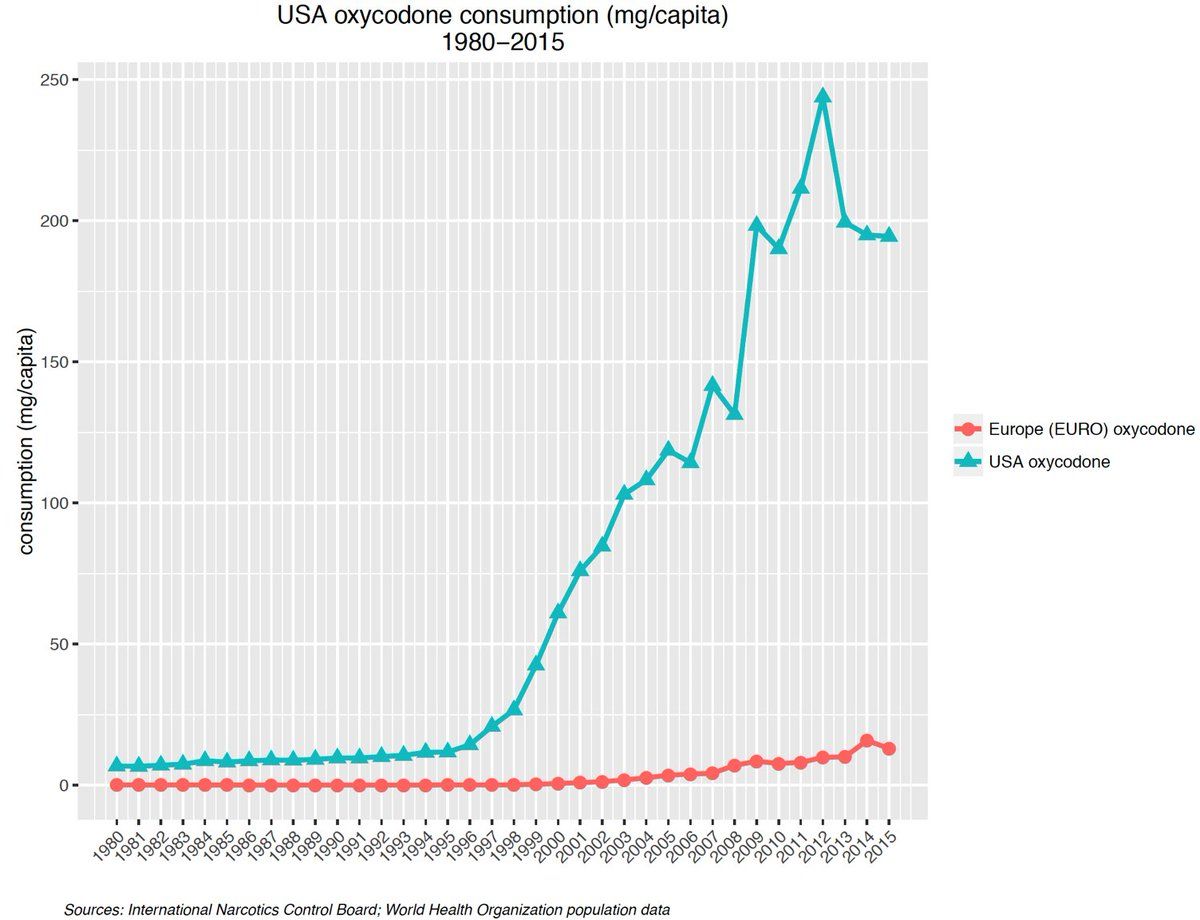 Graphic by permission of Andrew Kolodny 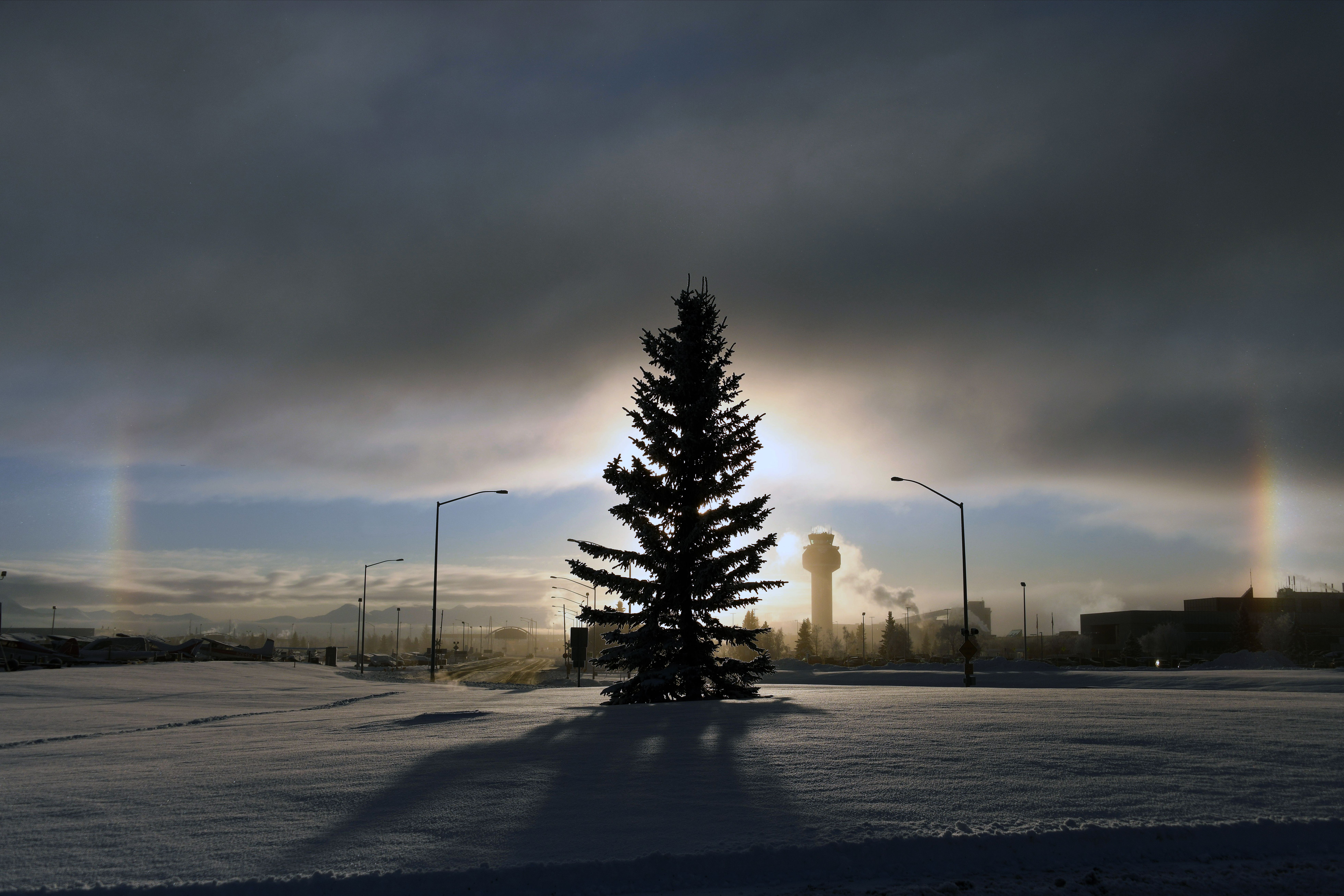 5. GOP may not push for Bolton testimony 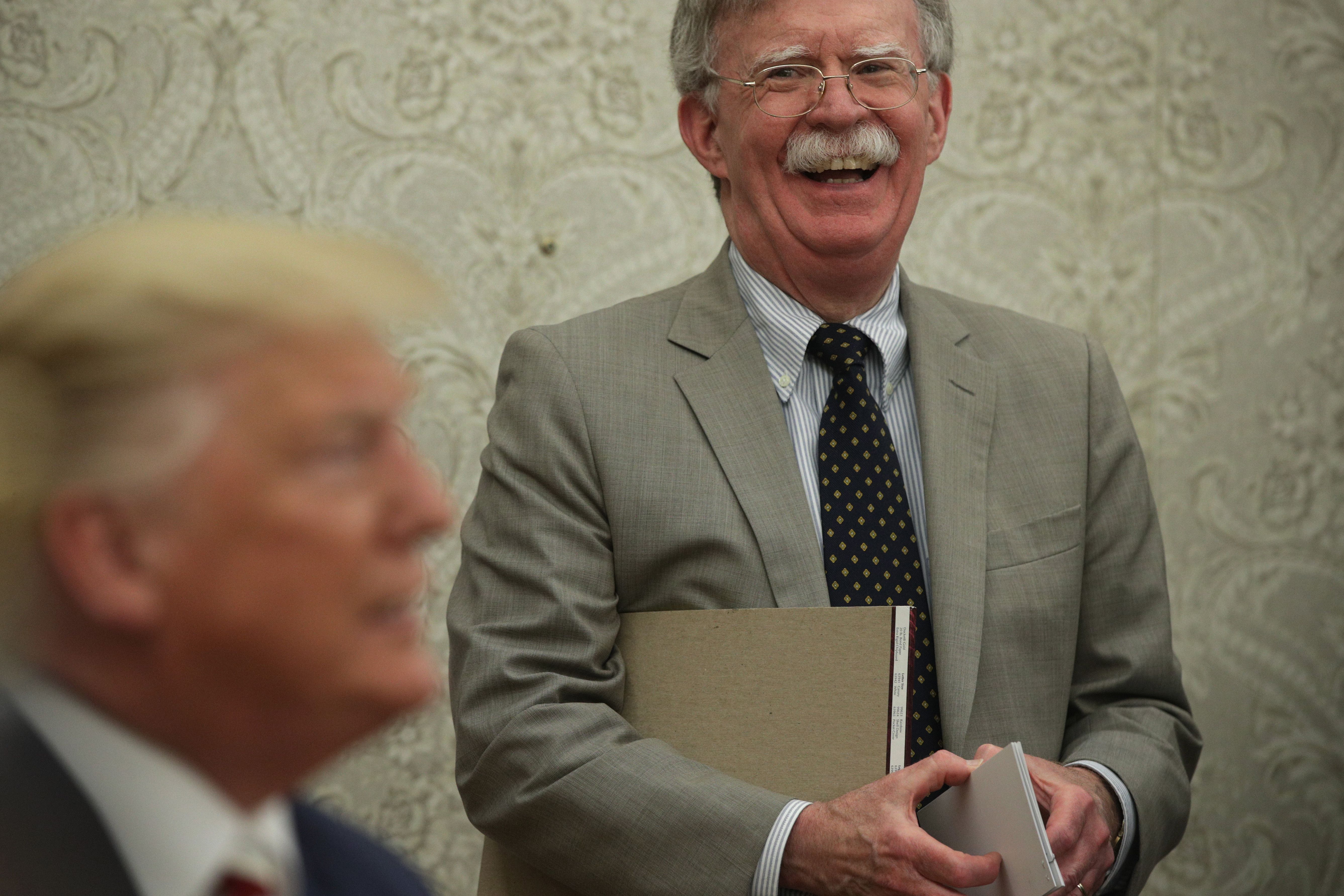 A big question heading into this week is whether rebel Republican senators might join Democratic demands for witnesses.

Bonus: House Intelligence Chairman Adam Schiff (D-Calif.), spotted in the Senate basement yesterday afternoon, wouldn't say whether the House will subpoena Bolton, and put the onus on the Senate.

The study found that a quarter of all business tax incentives go to a very small group — less than .01% of firms that opened new locations in 2014.

The new show will be produced by ATTN:, a media company that focuses on millennial video, in partnership with Reach Higher, an initiative founded by Obama during her time in the White House to inspire and support students to pursue higher education.

Between the lines: The hope for Reach Higher is that the series will inspire other freshmen. 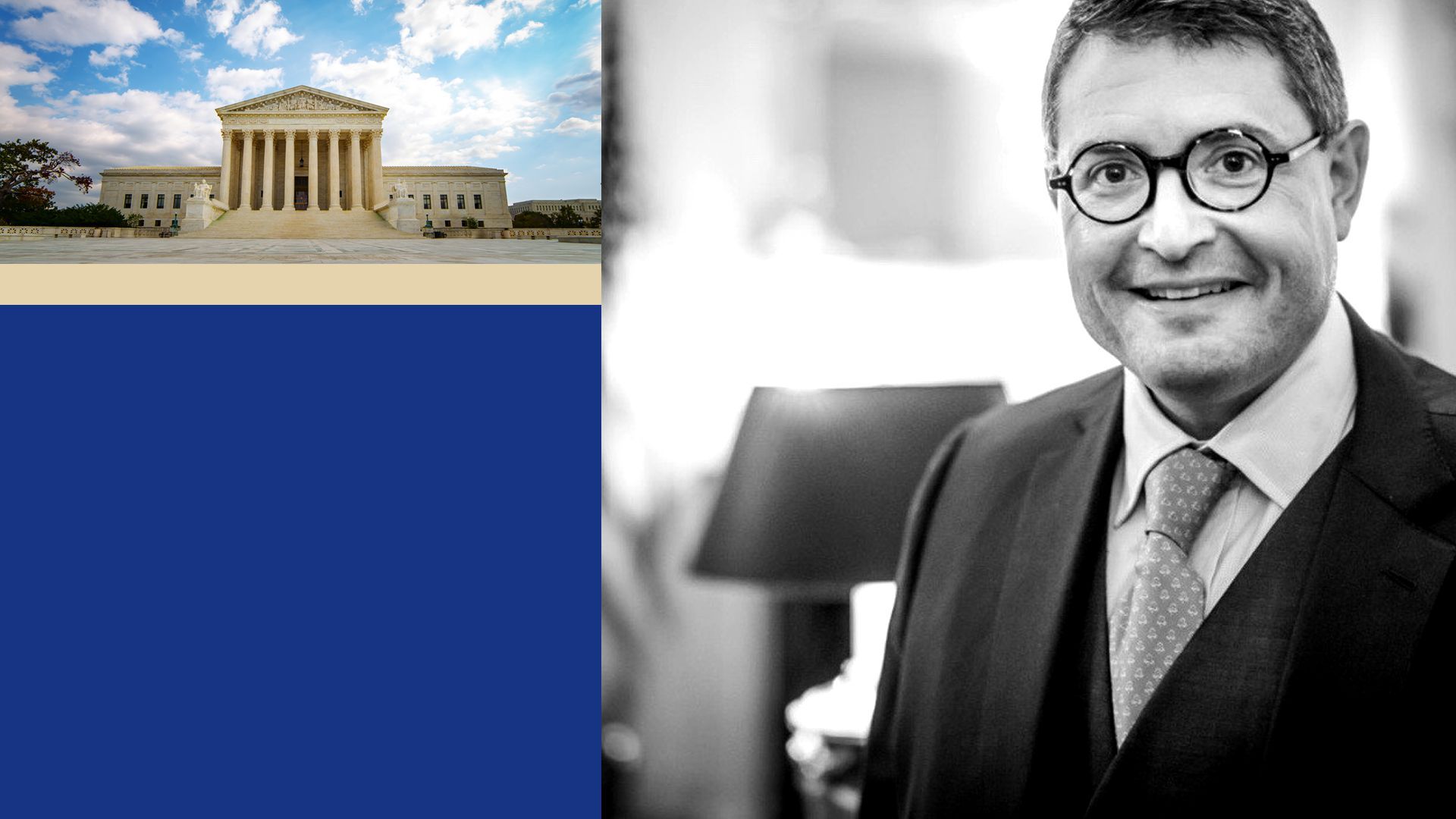 Conservative powerhouse Leonard Leo tells Axios that he'll step aside from the daily running of the Federalist Society to focus on a new venture — inspired by Arabella Advisors on the left — that will funnel big money and expertise across the conservative movement, Jonathan Swan and Alayna Treene report.

One of the first projects will be a "minimum of $10 million issue advocacy campaign focusing on judges in the 2020 cycle," Leo told Axios.

Behind the scenes: Leo told Axios that he and his business partner, conservative communications executive Greg Mueller, studied tax filings that led them to Arabella, a little-known yet powerful consulting firm that advises liberal donors and nonprofits about where to spend money. 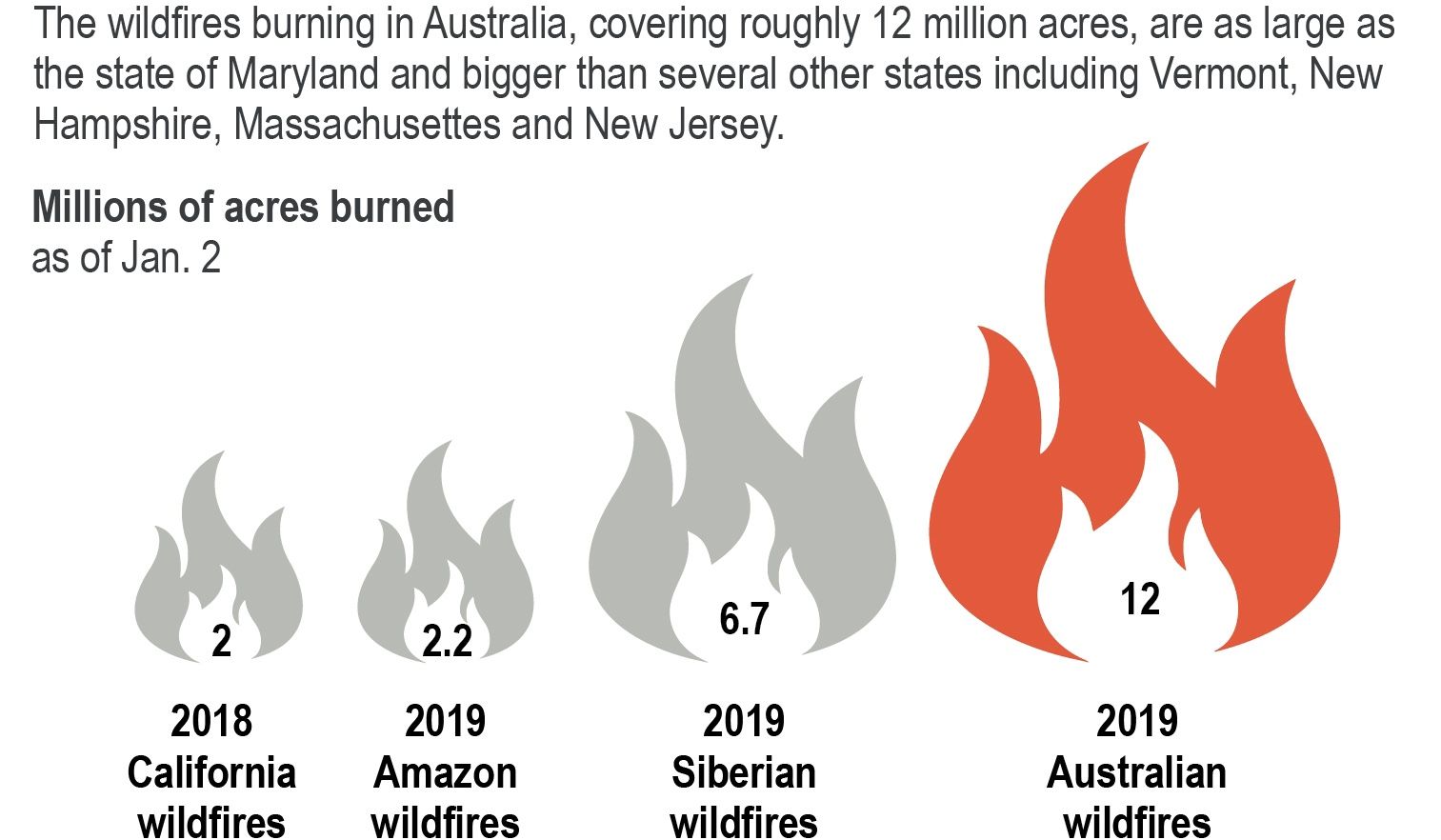 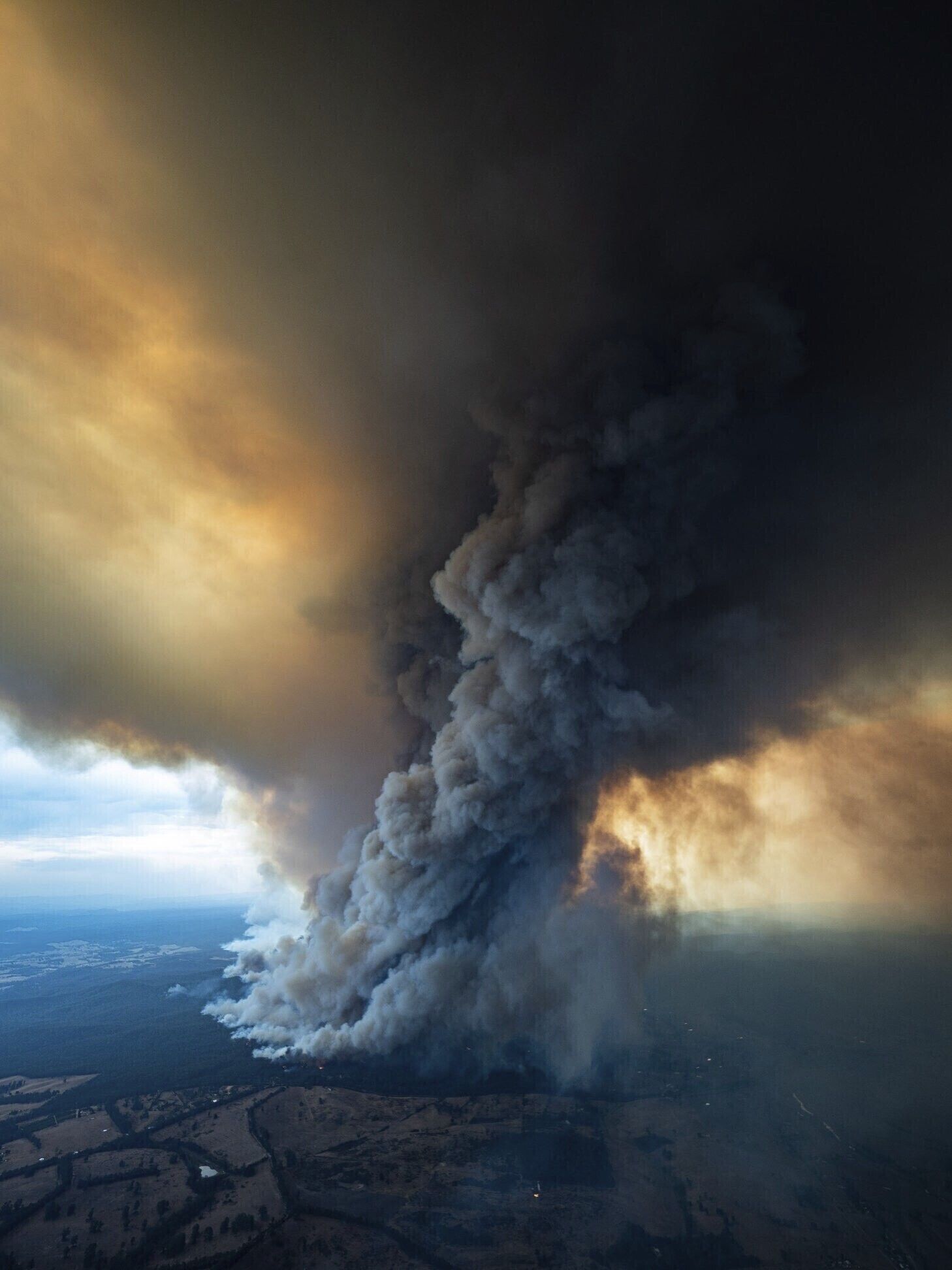 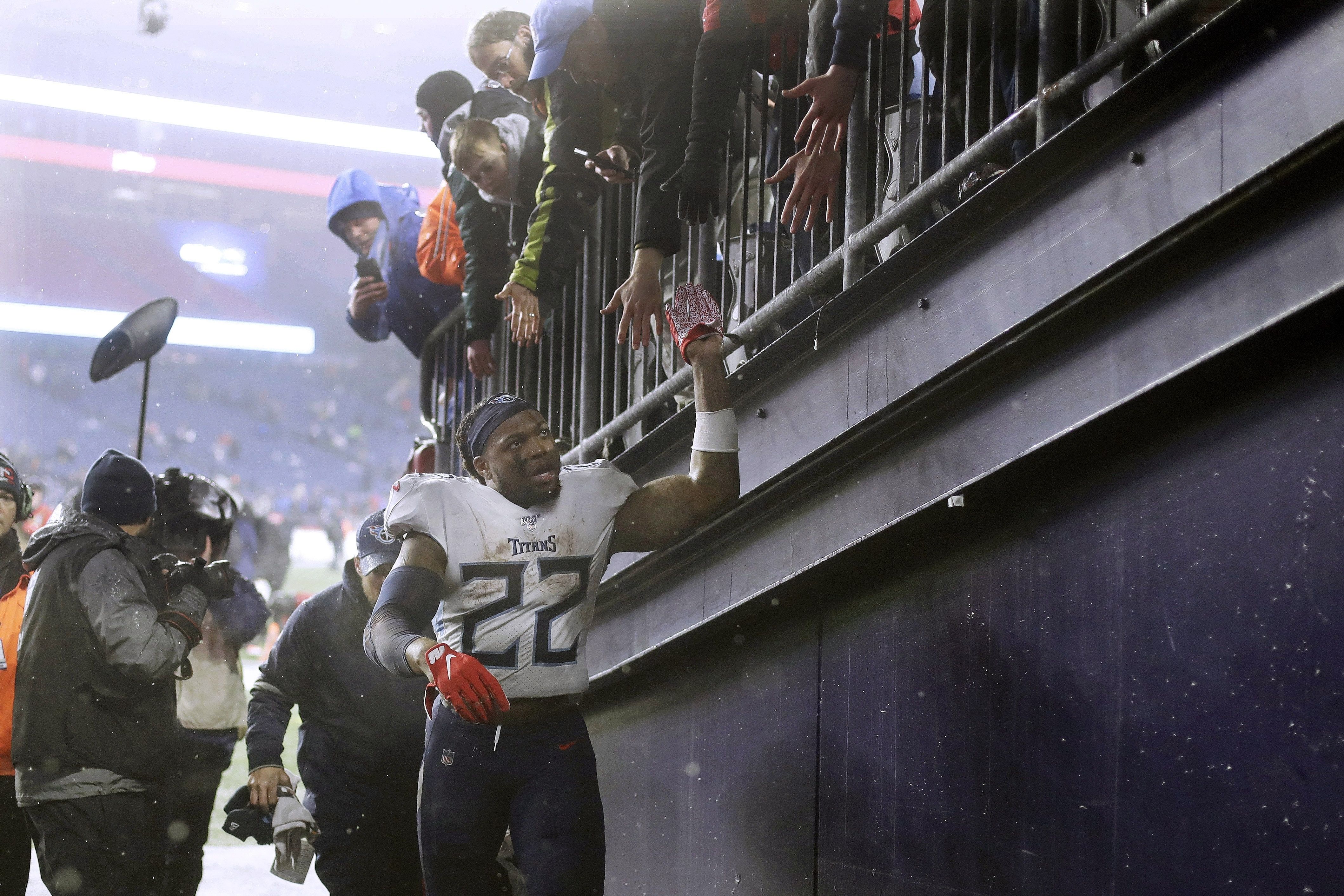 Tennessee Titans running back Derrick Henry leaves the field after winning a wild-card game against the Patriots on Saturday. Photo: Steven Senne/AP