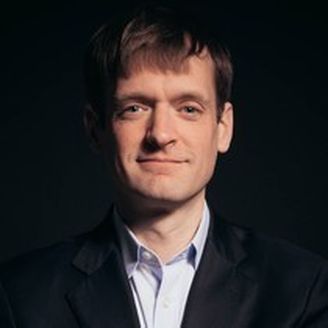 Editor of Axios. Formerly managing editor at Bloomberg in Washington after having been a White House correspondent the first two years of the Obama administration, 2008 campaign reporter and 4 years on Capitol Hill covering Congress. His first job in journalism was in the Washington Post's mailroom after graduating from Georgetown University. [email protected]

For space billionaires, their companies are their gift

Bezos has reportedly funneled $1 billion a year into Blue Origin — compared with recent grants of $98.5 million focused on homelessness and education from his year-old philanthropy, the Bezos Day One Fund, that was seeded with $2 billion.

Both billionaires believe the only way for humanity to survive as a species is to go to space — to provide an insurance policy against damage to Earth, or allow harmful activities to be moved off-world.

Keep in mind: SpaceX brings in billions from government and commercial contracts, and Blue Origin is chasing after those contracts to get its launch business up and running.

The bottom line: The Bezos-and-Musk brand of philanthropy says, in effect: “My big contribution to human knowledge and understanding is my space company.”

The brewing storm for Big Tech

The backlash against Big Tech is on track to escalate around the world in 2020 — and with more concrete consequences.

Driving the news: Just this week The Verge published leaked audio of Mark Zuckerberg's internal Facebook meetings, wherein he claimed Facebook would win the legal challenge posed by Elizabeth Warren if she were elected president.

The big picture: Pressures are coming to bear as the growth of smartphones stalls and innovators vie to figure out what will replace them. Platform transitions always make tech incumbents quake.

Yes, but: Tech giants today control vast hoardes of cash, armies of talent and troves of data, and they provide billions of customers around the world with convenient, personalized, often free services.

The bottom line: Partisan political battles dominate the headlines, but this is the conflict that will shape our economy and society.

Some House Democrats are willing to risk 2020 to impeach Trump

Some House Democrats who lean toward impeaching President Trump are increasingly willing to jeopardize what happens to their party in 2020, and see impeachment as a moral obligation that overrules the politics of it.

Driving the news: That's one of the main takeaways from "Axios on HBO's" interviews with nine Democrats on the key House committees investigating Trump. The other: pro-impeachment Democrats are a minority of the caucus, but their numbers are only going up.

A common theme: Nearly every Democrat we interviewed argued that the caucus is united in the belief that Trump is unfit for office, but they disagree on the tactics for how to hold him accountable.

The bottom line: The impeachment whip count currently stands at 66 House Democrats and one House Republican publicly in support of it, according to an Axios analysis. House Speaker Nancy Pelosi has held most of the caucus together by calling for restraint — but that's going to get harder as Democrats lose patience with Trump.