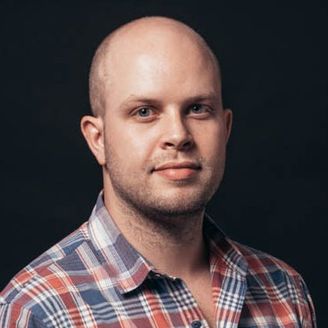 New York Giants quarterback Eli Manning will hold a news conference on Friday to formally announce his retirement from the NFL after 16 seasons as the face of the franchise.

What they're saying: "Eli is our only two-time Super Bowl MVP and one of the very best players in our franchise's history," Giants co-owner John Mara said in a statement.

By the numbers: Manning, 39, is one of five players to win multiple Super Bowl MVPs (Tom Brady, Joe Montana, Bart Starr, Terry Bradshaw) and he never missed a single game due to injury.

What's next: SI's Ben Baskin wrote about "the final days of Eli" in October:

"But everyone who knows Eli agrees he is perfectly suited to handle retirement. If they had to bet, he'll disappear entirely into domestic life, not join Peyton in TV ubiquity.

"They suggest, in fact, we may never see Eli again, not in the public eye. Instead, he'll be the dad who takes his kids to school every morning and proudly mows his lawn on Sunday afternoons."

Go deeper: The end of the Eli Manning era

At first, the idea that Alexander Ovechkin could break Wayne Gretzky's "untouchable" goal-scoring record seems crazy. But then you do the math, and ... it's really not.

By the numbers: With eight goals over a three-game stretch last week, Ovechkin moved into a tie for ninth place on the all-time goals list with 692 career goals, 202 shy of Gretzky's 894.

Side-by-side: Gretzky was a sniper who possessed one of the most accurate slap shots the world has ever seen, while Ovechkin is a volume shooter and the best power-play goal scorer of all time.

"10 years ago, I probably would have said, 'not happening, nobody's catching Gretzky ever.' But boy oh boy ... Can [Ovechkin] play another five years? Yeah, I think he can, so ... never say never."

The NCAA routinely punishes student athletes for getting bad grades or accepting free meals, but nowhere in its 440-page rule book does it cite penalties for sexual violence.

Driving the news: Last month, USA Today published a wide-ranging investigation that examined how college athletes move from school to school and continue to play sports even after being found responsible for sexual assault.

1. Athletes are frequent offenders: Over the past five years, the nearly three dozen NCAA Division I universities that contributed data disciplined athletes for sexual misconduct at more than three times the rate of the general student population.

2. The transfer "loophole": Even when expelled from school, the NCAA allows athletes to transfer elsewhere and keep playing, "a pipeline that college athletes disciplined for sexual assault use regularly to resurrect their playing careers and leave sanctions behind," writes USA Today's Kenny Jacoby.

3. Schools won't comply: USA Today tried to collect disciplinary records from 226 Division I public schools across the country, but only 35 complied.

"People in higher education have come to regard their institutions as a brand and will do anything to protect the brand, even if that means putting people on campus at risk."

4. The push for change: Advocates continue to spread awareness about this cause, which has led some NCAA conferences to adopt their own sexual violence policies, with a handful of schools taking a zero-tolerance approach.

What to watch: The USA Today investigation caught the attention of Congress, which has since pressured the NCAA to review its sexual violence policies. Perhaps president Mark Emmert will address the topic in his "state-of-college-sports" address tonight at the organization's annual convention.