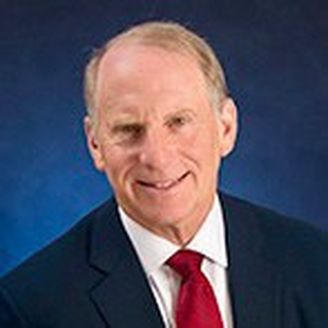 Intensifying protests in Hong Kong — continuing weeks after the shelving of a controversial extradition law — have fueled a broader struggle over the city's character and future.

Why it matters: Hong Kong remains an important financial gateway from China to the world, although Shanghai and other mainland cities have taken on part of that role. Above all, the central government in Beijing wants to avoid the precedent of a popular political movement successfully challenging President Xi and the authority of the Communist Party.

Background: Pressure in Hong Kong has been building for some time, as China has slowly but steadily chipped away at its special status, calling into question Beijing's commitment to the “one country, two systems” formula that constituted the foundation of the territory's 1997 handover.

Between the lines: Leaders in Beijing worry that a triumphant protest movement in Hong Kong could embolden calls on the mainland for freedom of expression and the rights to assemble and strike. It would raise similar concern about strengthening Taiwanese demands for independence.

What to watch: The U.S. response is still taking shape. President Trump has said that “everyone should be calm and safe” and that what happens is between Hong Kong and China “because Hong Kong is a part of China.”

The bottom line: What is at issue is China’s willingness to meet its international commitments — in this case, a legally binding treaty with the U.K.

Richard Haass is president of the Council on Foreign Relations and the author of "A World in Disarray."

It was another day of diplomacy in the age of Twitter, with @realDonaldTrump tweeting: "After 52 years it is time for the United States to fully recognize Israel’s Sovereignty over the Golan Heights, which is of critical strategic and security importance to the State of Israel and Regional Stability!"

Why it matters: The president’s tweet calls for a change in U.S. policy toward the Golan Heights but does not actually declare it. There are many reasons for the president not to turn his tweet into policy.  It would all but eliminate what little chance exists for peace between Israel and either the Palestinians or Arab states, such as Saudi Arabia.

The president's tweet is presumably meant to bolster his political standing as well as Bibi Netanyahu's in the run-up to the April 9 Israeli elections.

Richard Haass is president of the Council on Foreign Relations and the author of "A World in Disarray."

Secretary of Defense James Mattis announced Thursday that he will step down, after two difficult years in which he and President Trump were often not on the same page. Mattis underscored their differences in his resignation letter, telling Trump he had the right to a defense secretary with more closely aligned views.

Why it matters: Mattis was a traditionalist who believed in an international order led by the United States, in respecting and supporting its allies, and in keeping its commitments. His departure leaves the administration without an experienced, centrist foreign policy hand.

Disagreements over the U.S. troop presence in Syria and the politically motivated deployment along the U.S.–Mexico border may have been the last straws on a camel's back long close to breaking. Mattis also reportedly opposed the reductions to the U.S. military presence in Afghanistan Trump has sought.

The bottom line: Although Mattis had been relegated to the periphery of Trump's policymaking, he remained a reassuring presence to U.S. allies. Trump would be best served by a successor to Mattis who can make the case for America's active role on the world stage, as tensions in the Middle East, East Asia and beyond are likely to further test his administration.

Richard Haass is president of the Council on Foreign Relations and the author of “A World in Disarray.”