In photos: Trump launches his 2020 re-election campaign in Florida

President Trump officially launched his re-election campaign with a rally at the 20,000-person capacity Amway Center in Orlando, Florida on Tuesday evening.

Between the lines: Florida is a key 2020 battleground. Trump won by a narrow margin there in 2016 with 48.6% of the vote to his Democratic rival Hillary Clinton's 47.4%. The 2018 midterms showed narrow Republican wins for Gov. Ron DeSantis (R) and Sen. Rick Scott. 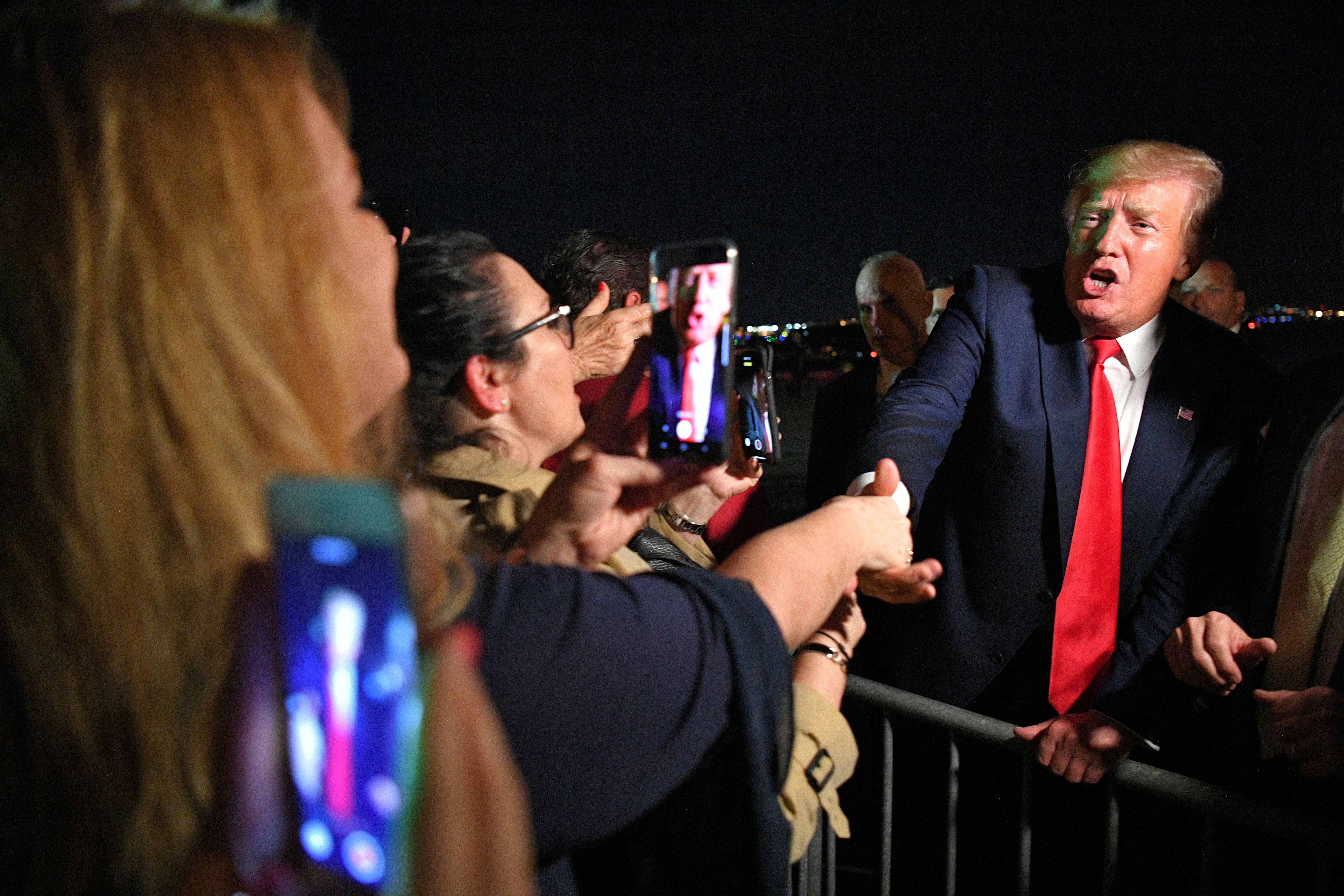 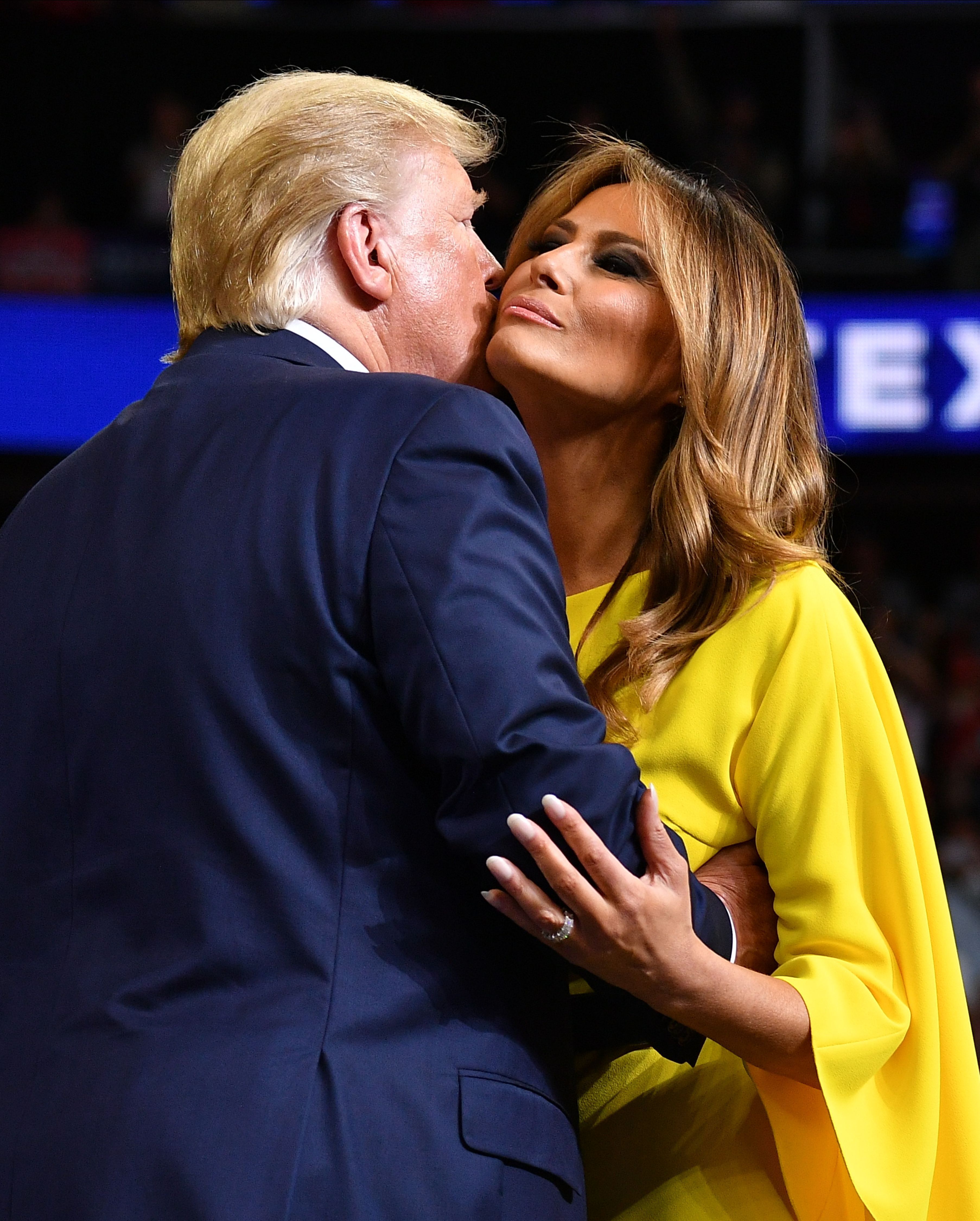 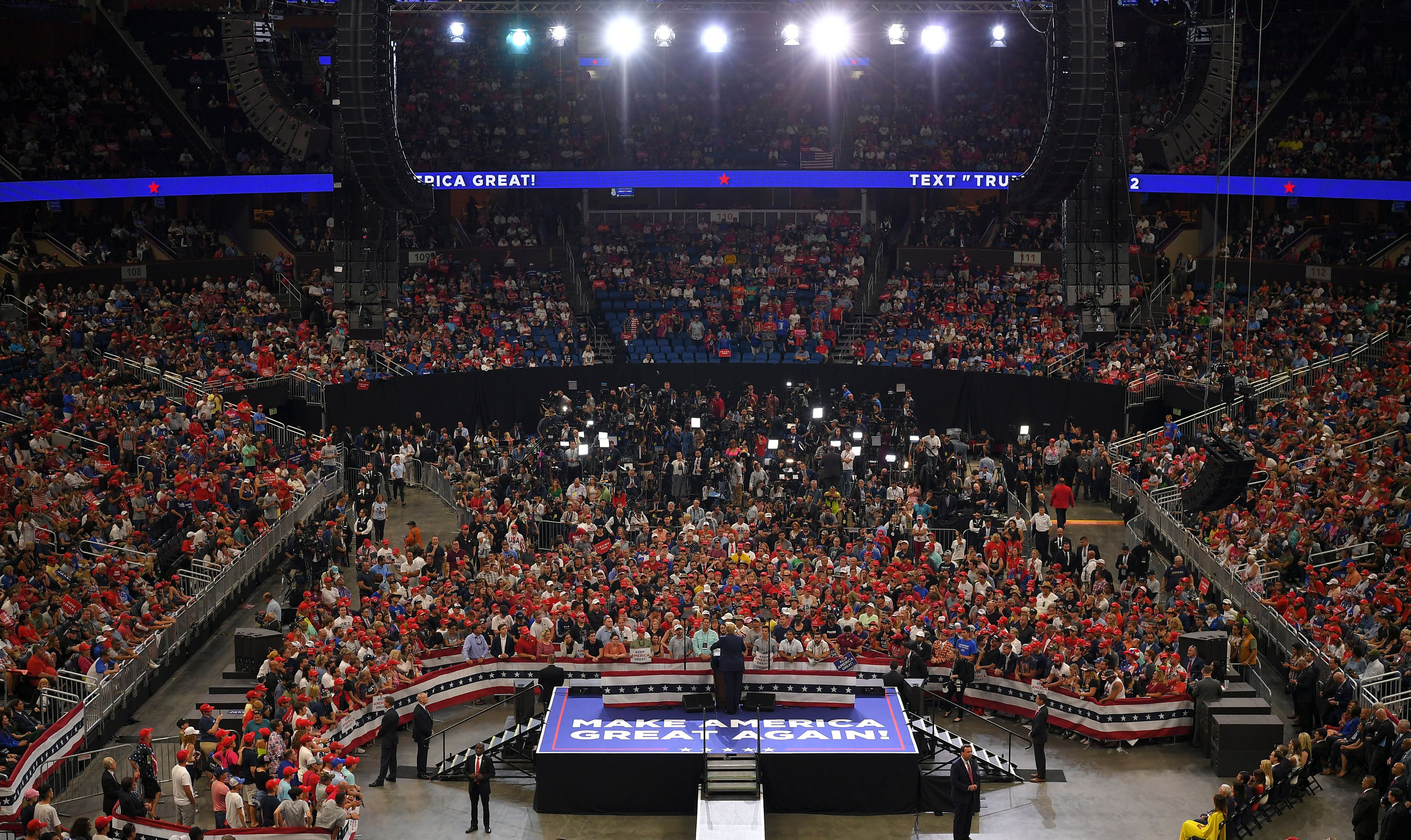 The venue choice is a sign of continued focus on the state, where its 29 electoral college votes could make all the difference. Photo: Mandel Ngan/AFP/Getty Images 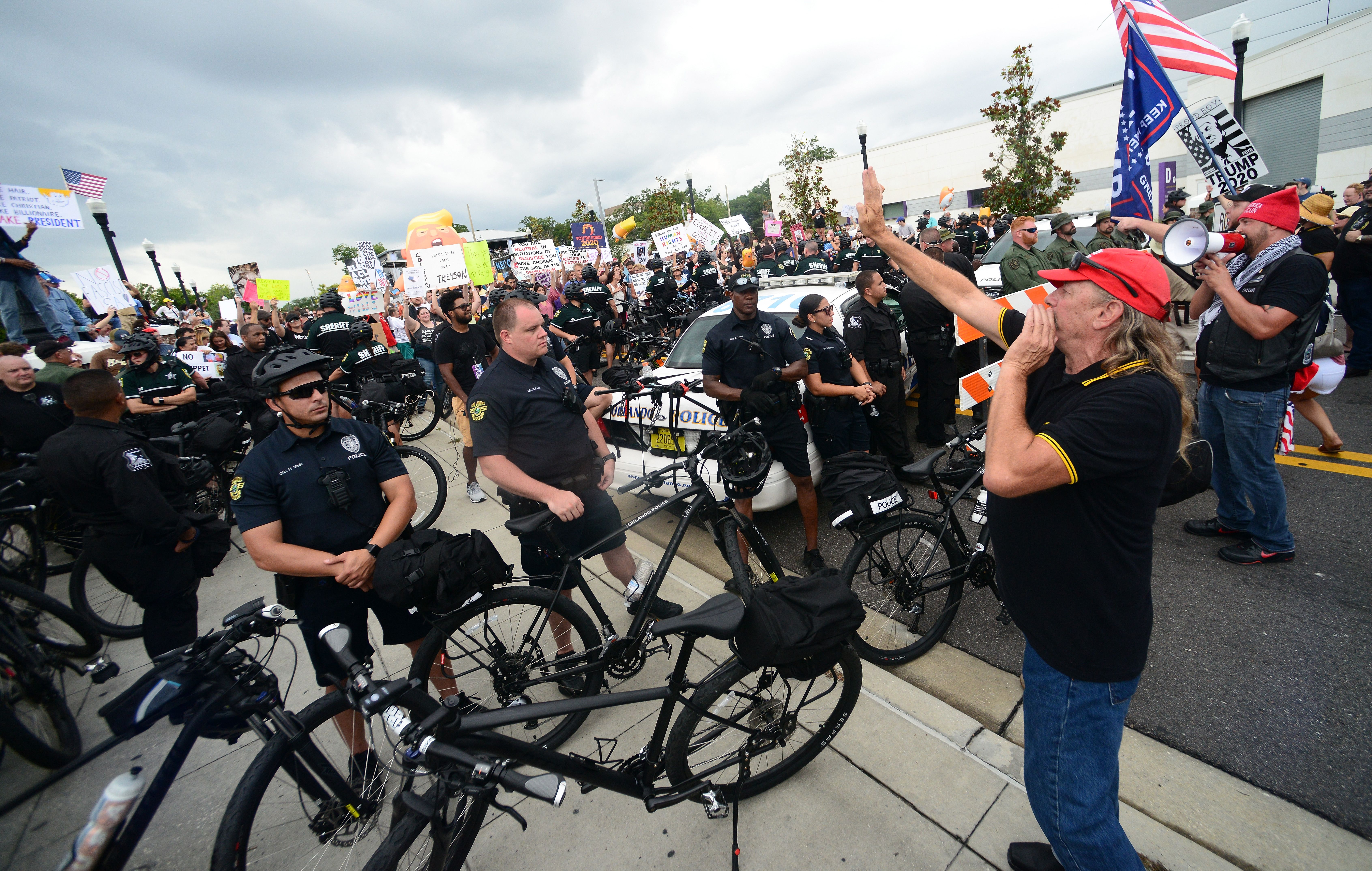 Members of the neo-fascist Proud Boys face off against anti-Trump protesters outside the rally. Photo: Gerardo Mora/Getty Images 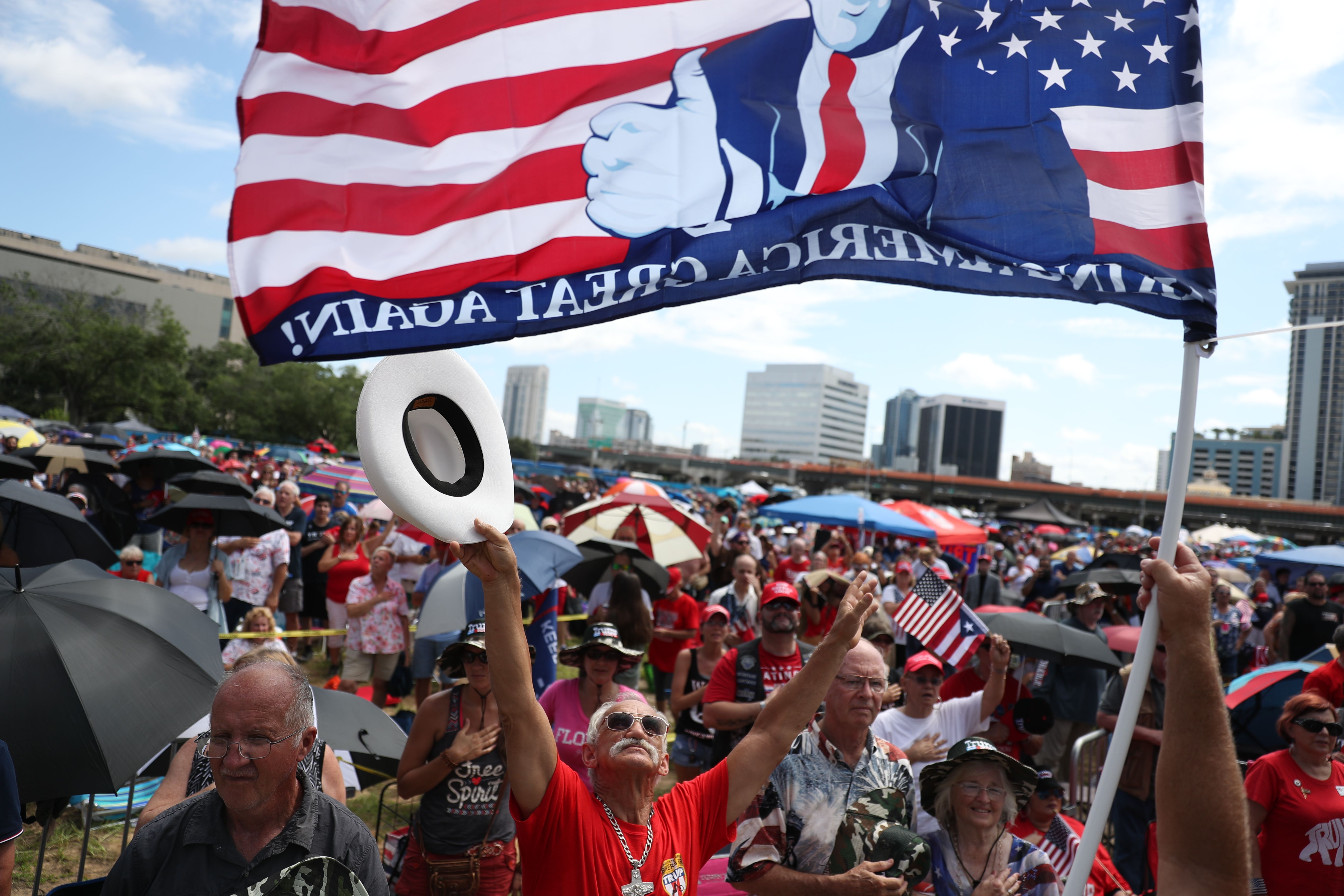 According to Trump, the campaign received tens of thousands of ticket requests for the launch. The preceding event was dubbed "45-fest." Photo: Joe Raedle/Getty Images 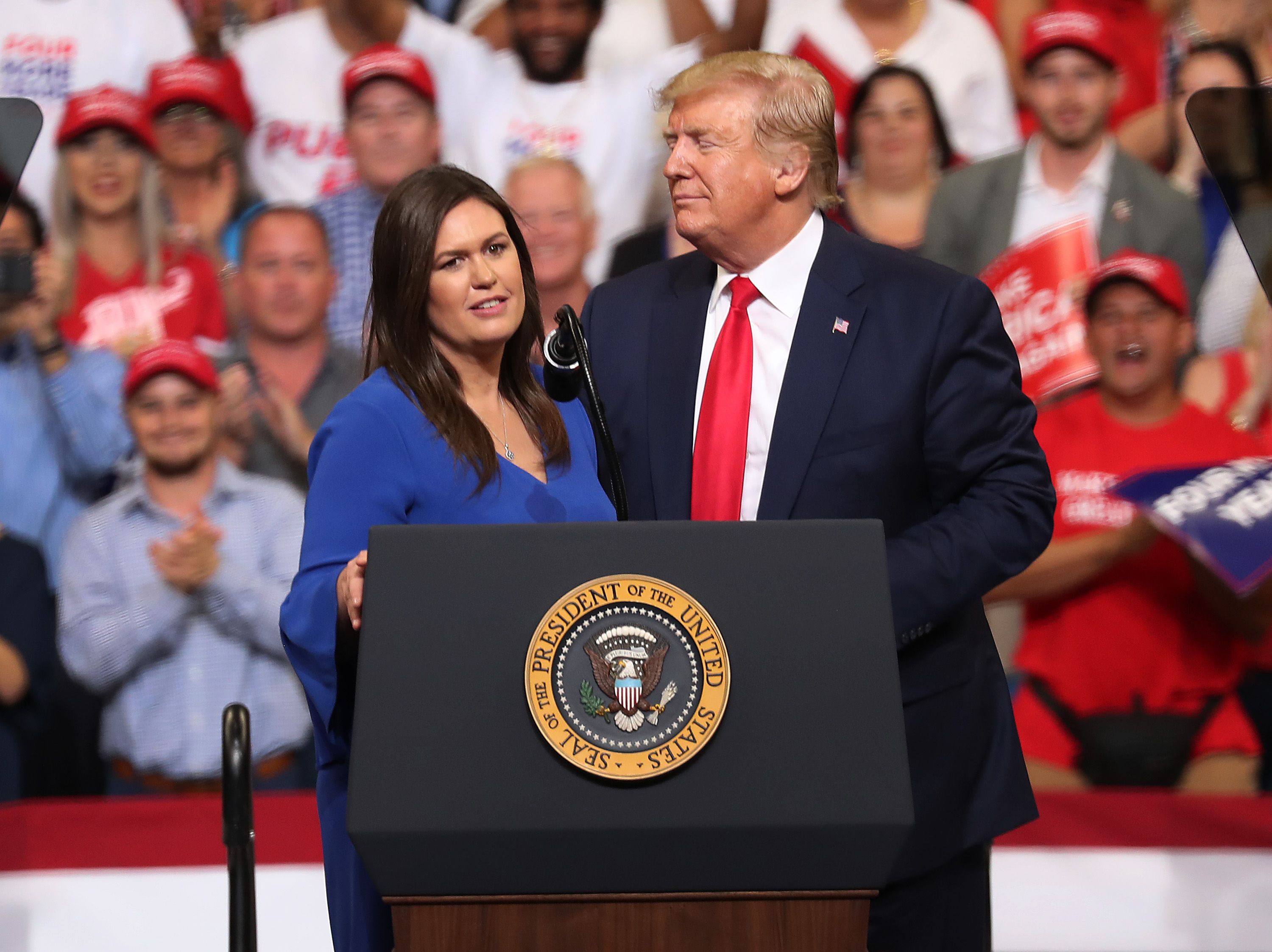 Trump with Sarah Huckabee Sanders, who's stepping down as the White House press secretary. Photo by Joe Raedle/Getty Images 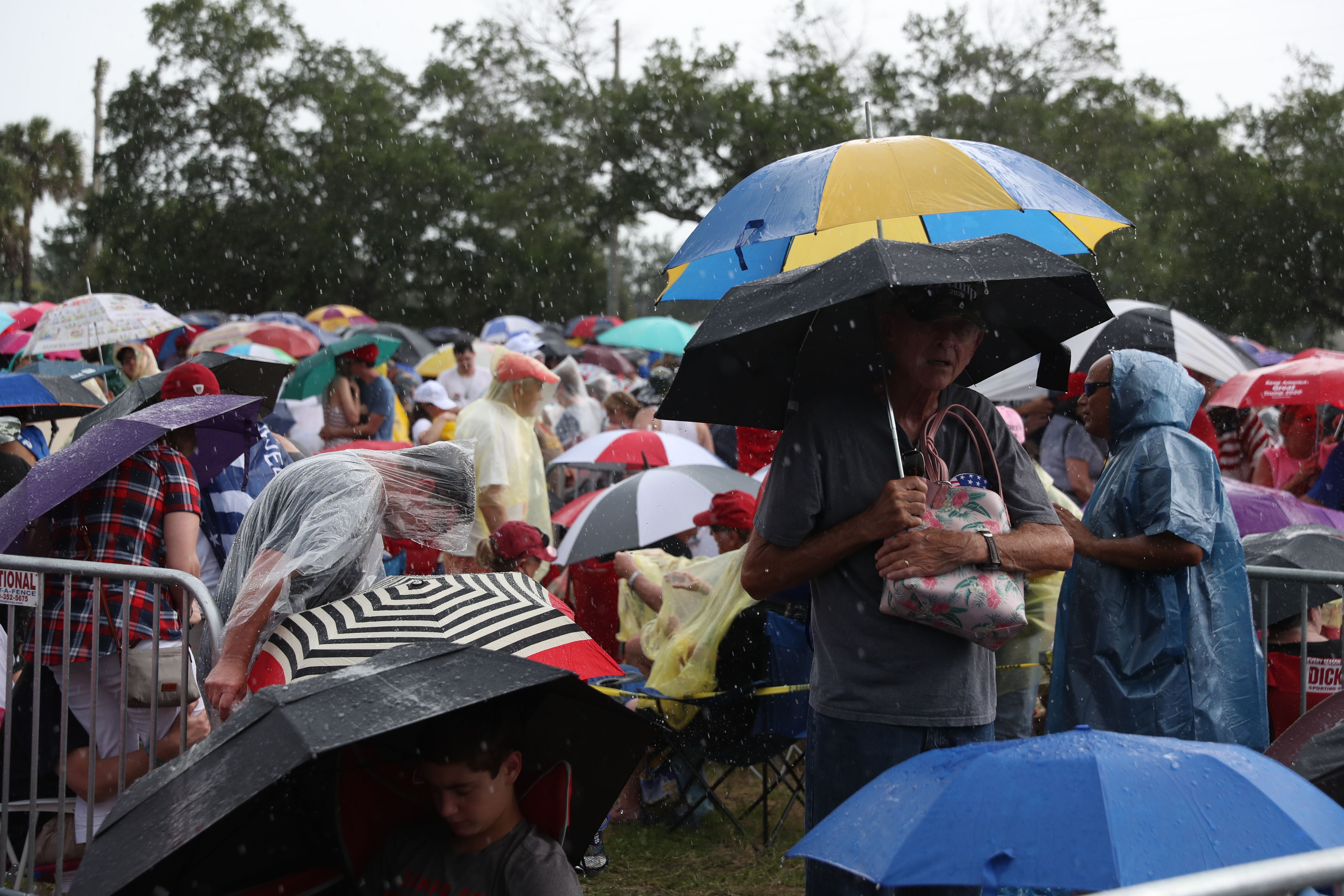 Hordes of people waited out the rain ahead of the rally. Photo: Joe Raedle/Getty Images 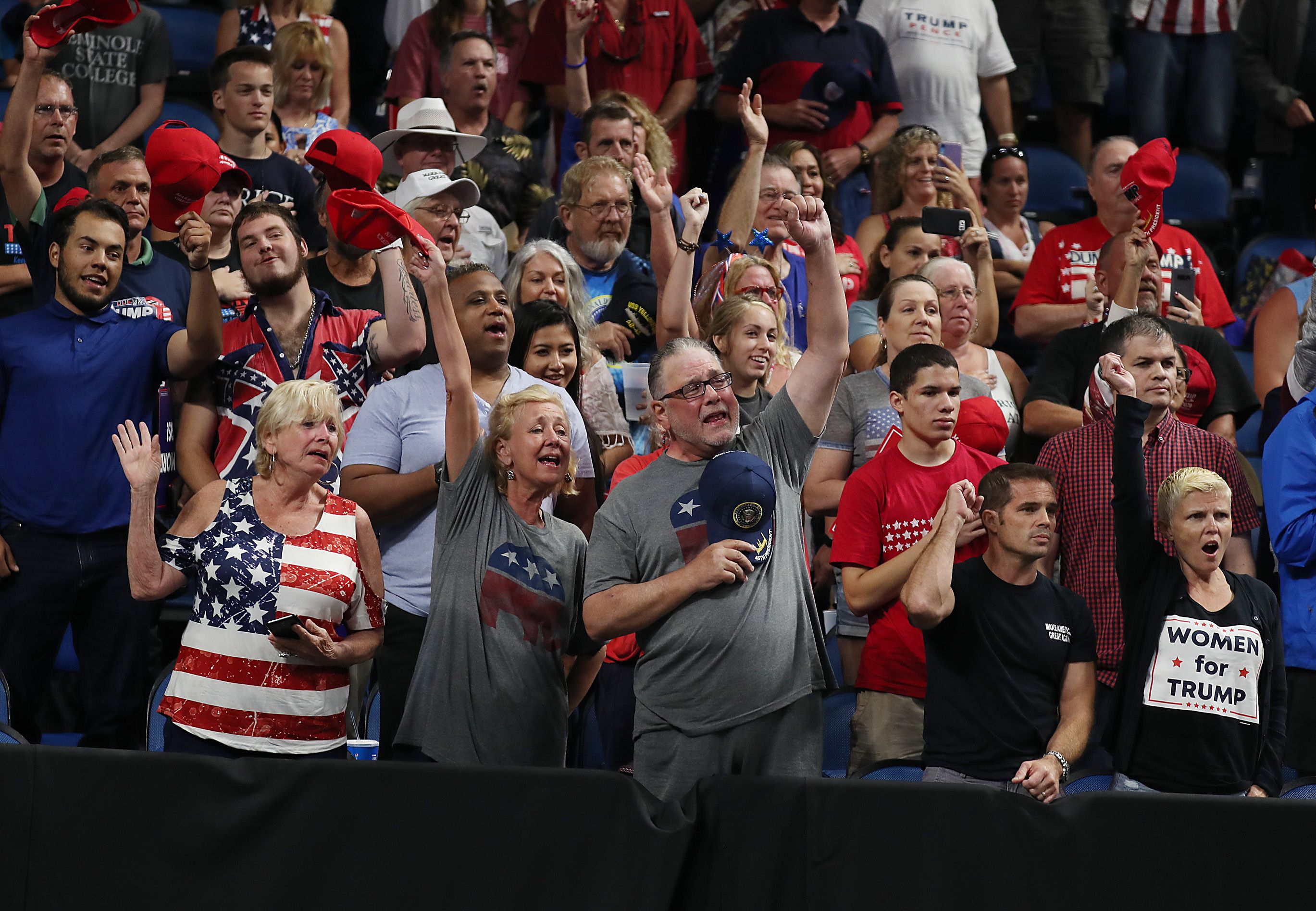 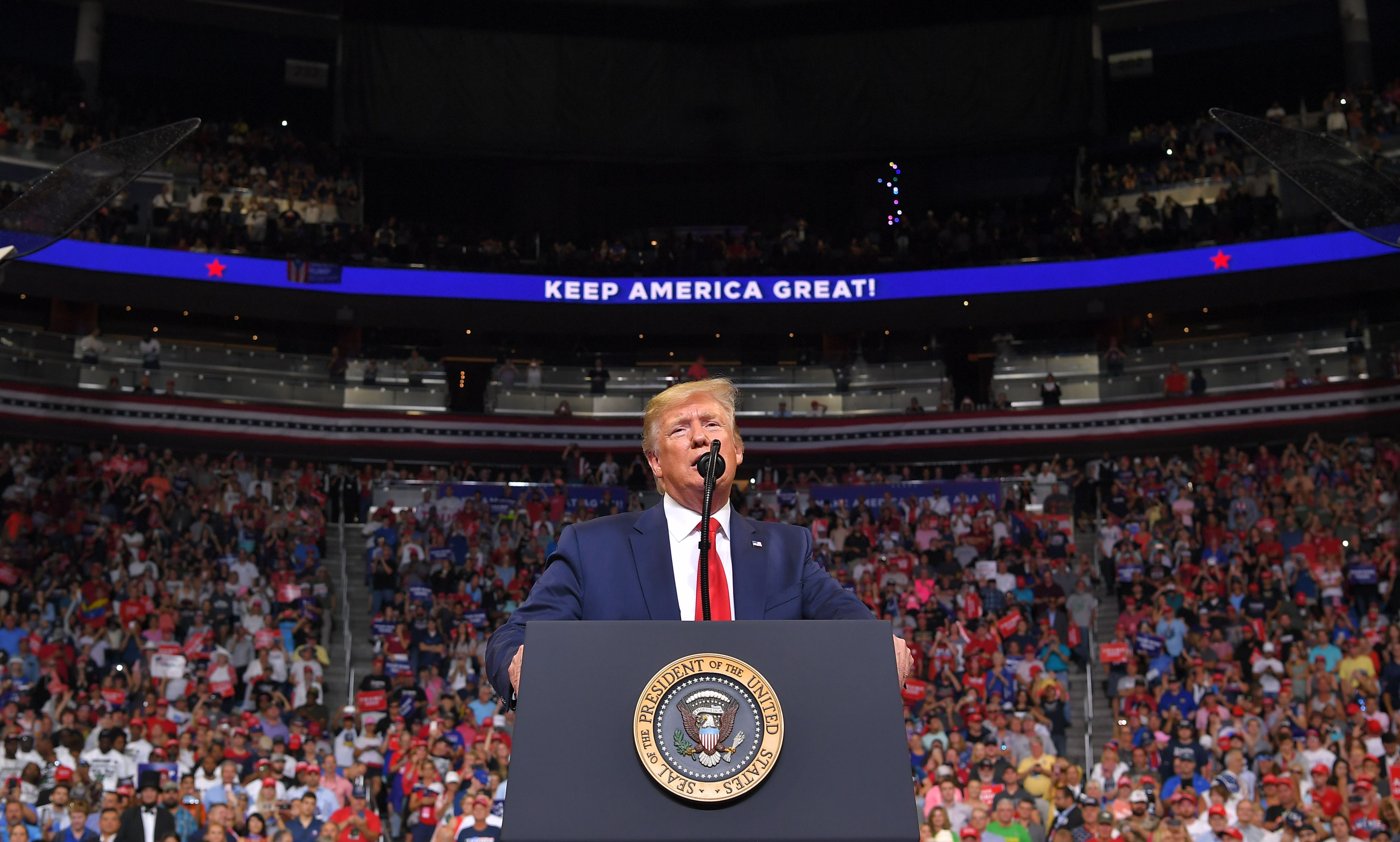