Robert Mueller: The Russia investigation is "not a witch hunt"

Former special counsel Robert Mueller told the House Intelligence Committee Wednesday that his investigation is "absolutely" not a "witch hunt" and that Russian interference in the 2016 election is not a "hoax."

Why it matters: This was one of several moments in back-to-back hearings Wednesday in which Democrats were able to get Mueller to knock down some of President Trump's favorite false claims. In the 24 hours alone leading up to Mueller's testimony, Trump tweeted the phrase "Witch Hunt" 4 times. 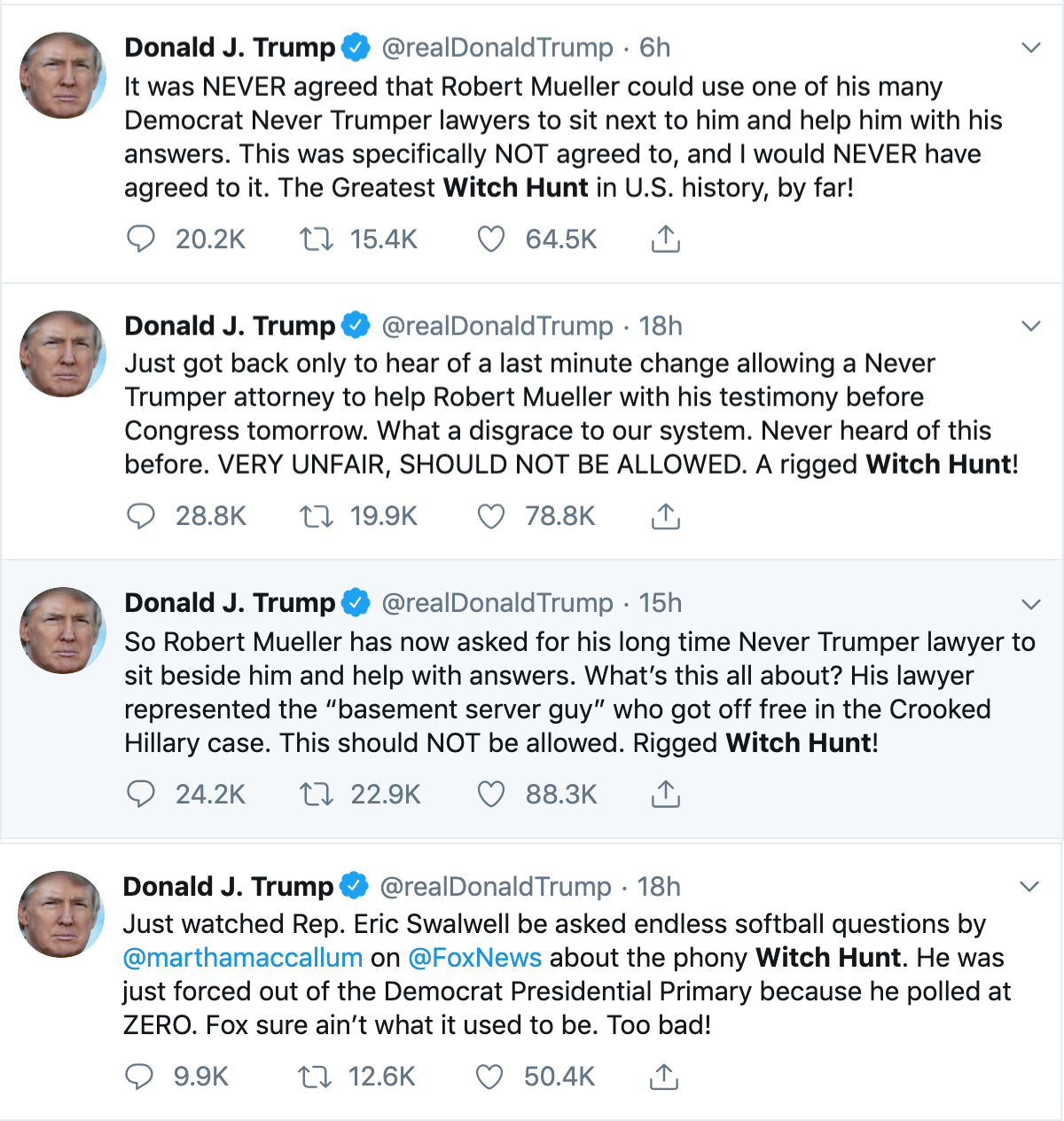