Police fired tear gas and rubber bullets at protesters as tens of thousands of people marched through the streets of central Hong Kong Sunday, the BBC reports.

What's new: Protesters accused police of brutality, following a second day of clashes this weekend. A key protest location was the Yuen Long neighborhood — where an armed attack on protestors, journalists and commuters took place last weekend by suspected gangsters with ties to organized crime.

Why it matters: These protests are likely the first real test of whether China's military — which restationed in Hong Kong after the former British colony was returned to China in 1997 — will take a more active role in the city and intervene.

The big picture: This is Hong Kong's 8th consecutive weekend of protests, following an initial surge caused by the region's now-suspended bill that would have exposed Hongkongers to extradition to mainland China.

Where it stands: A spokesman for China's Ministry of National Defense said this week that the military "could be called in if the police were unable to maintain order" in ongoing protests — China's most explicit warning since protests began last month. Hong Kong officials "have repeatedly said that they have no plans to take such a drastic step," per the New York Times.

Background: The last large-scale protests in Hong Kong took place during the 2014 Occupy Central and Umbrella Movement, where hundreds of thousands protested against a "white paper" change to the long-standing "one country, two systems" policy. 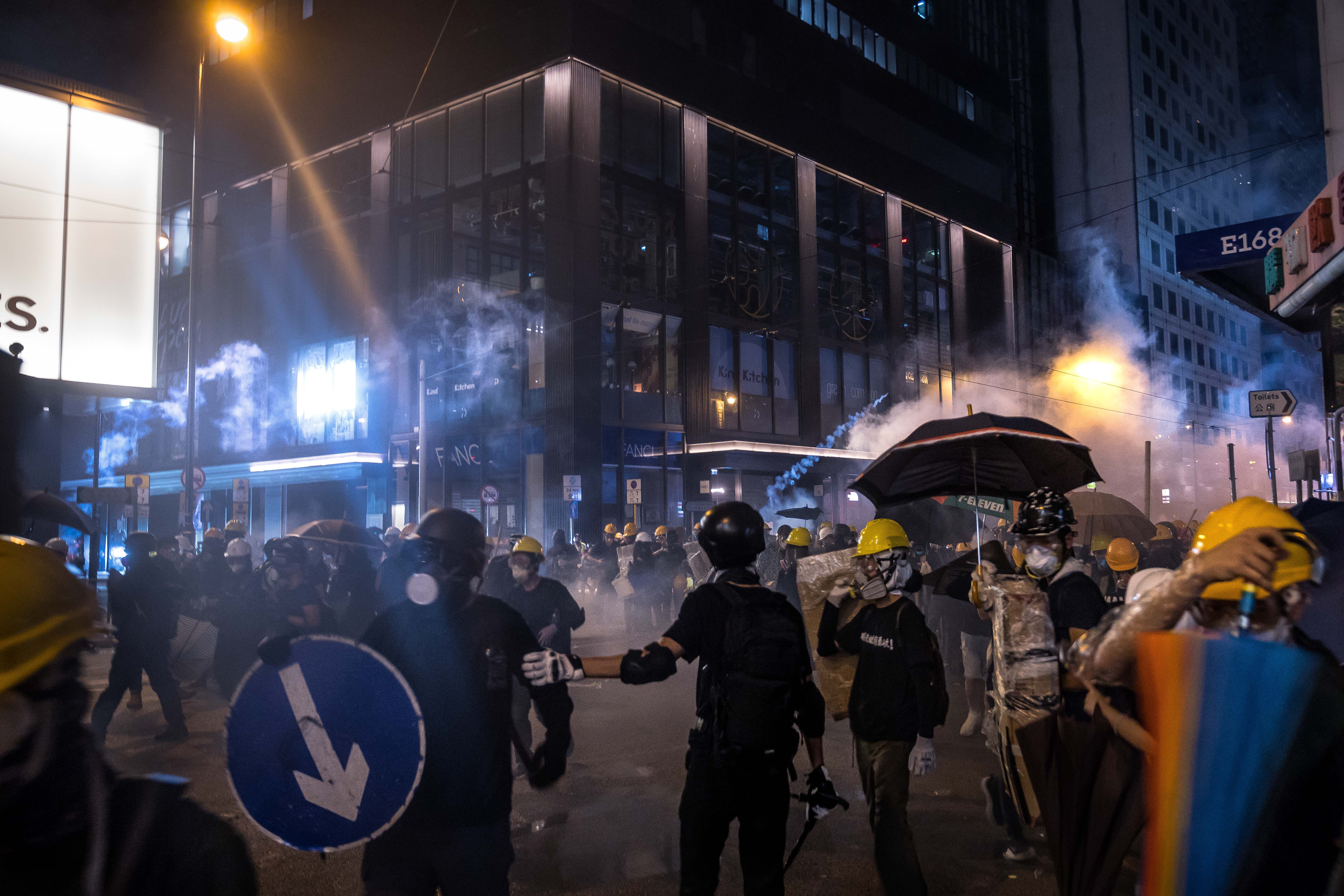 Protesters are enveloped by tear gas during a demonstration in the area of Sheung Wan. Photo: Billy H.C. Kwok/Getty Images 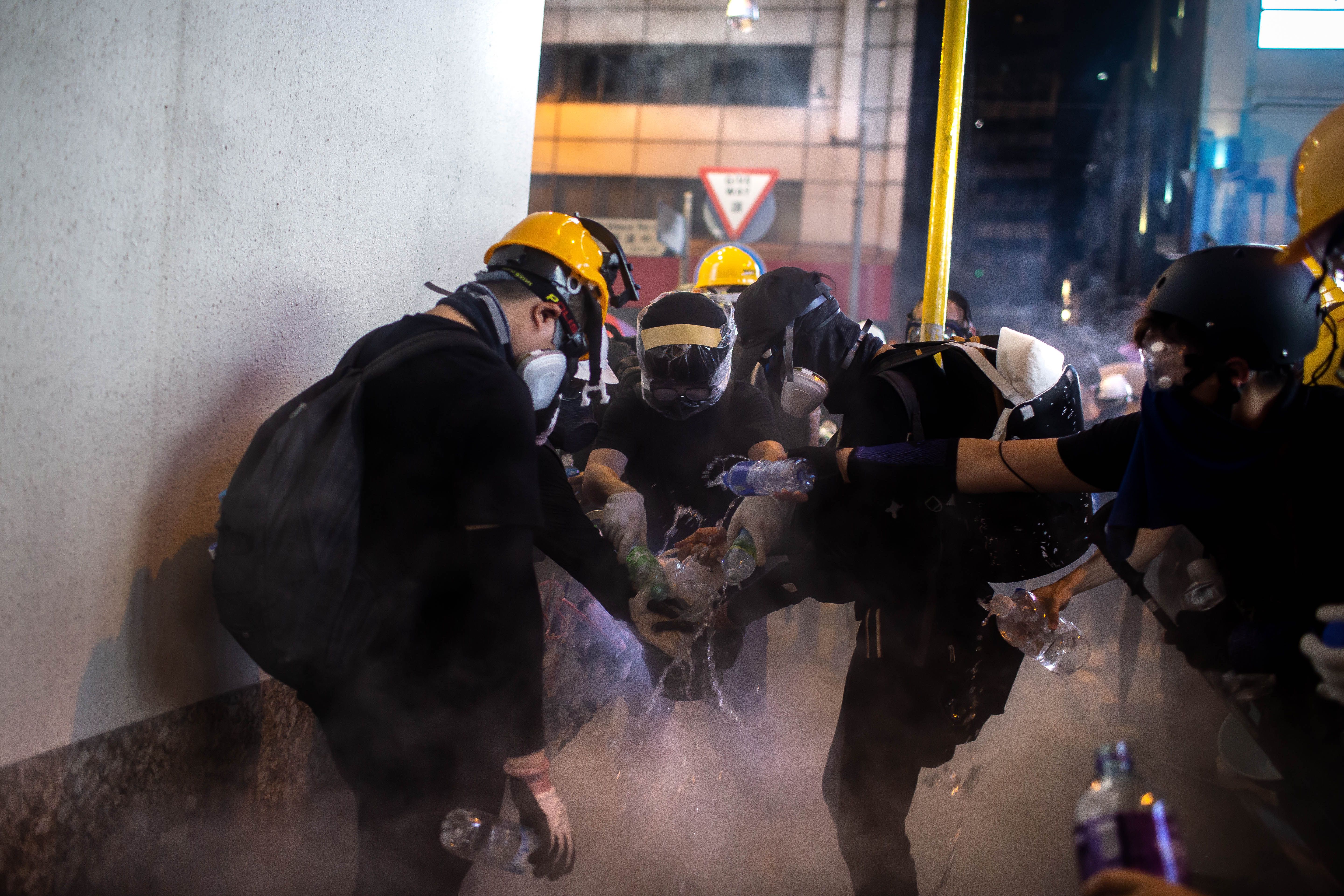 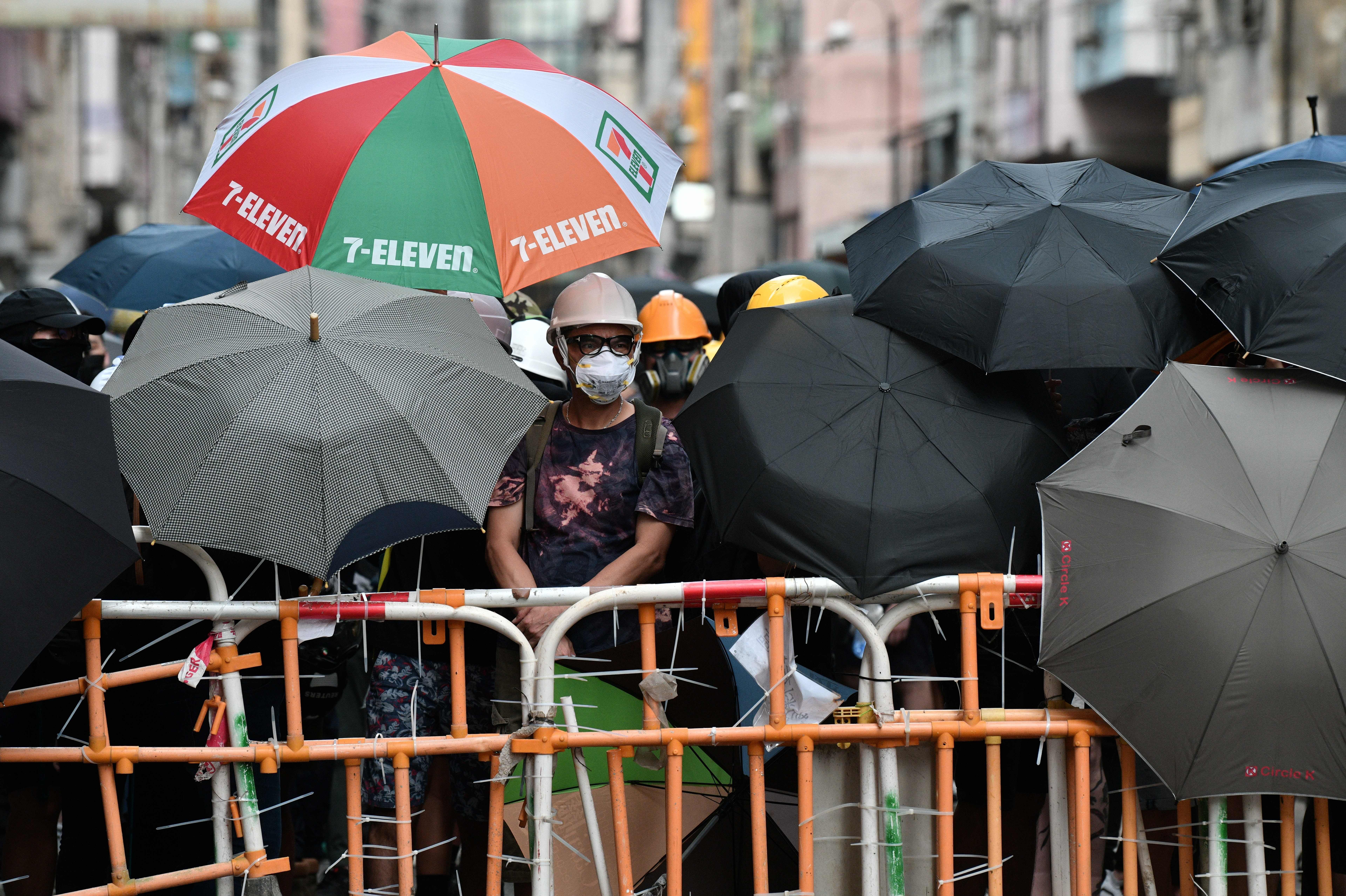 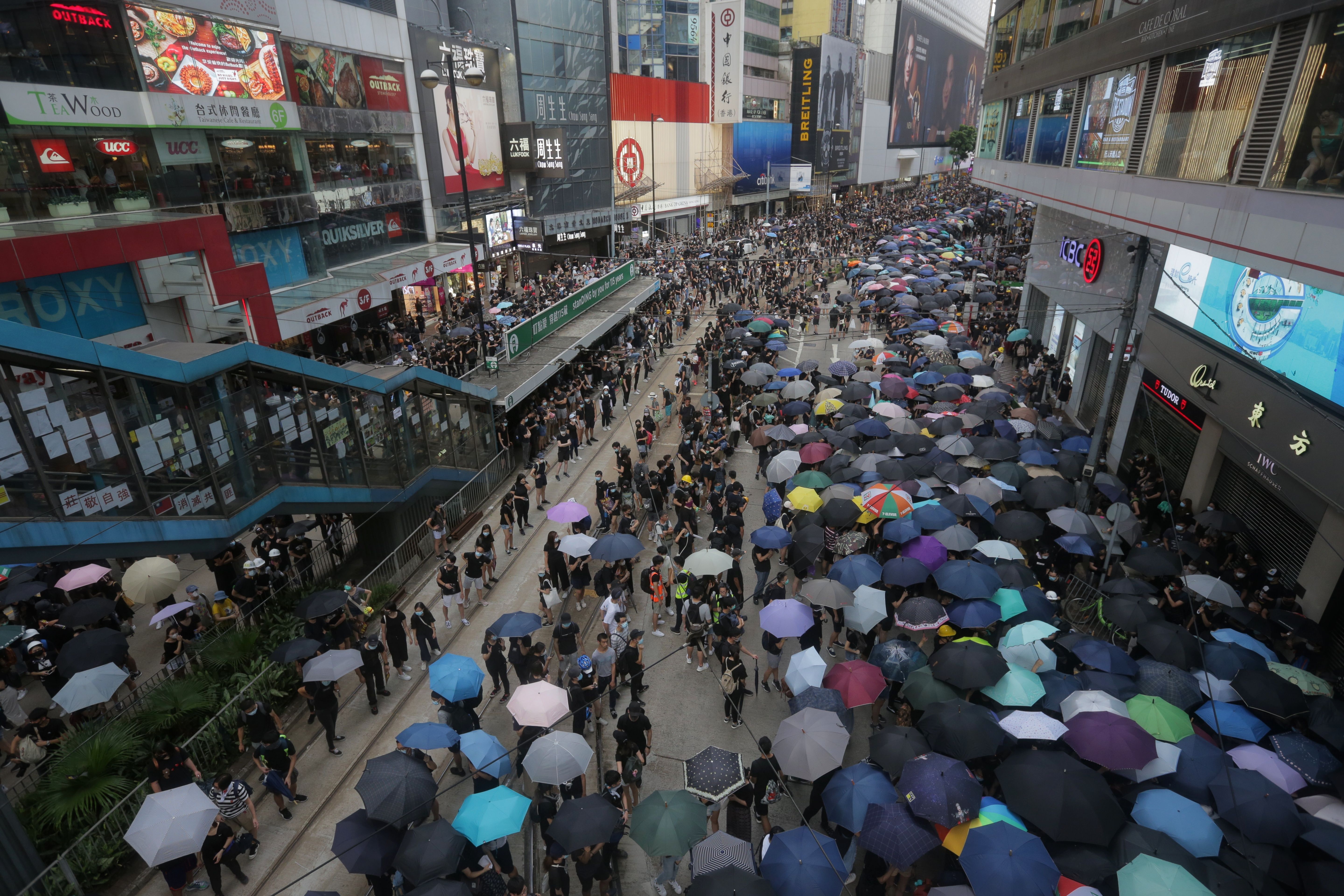 Go deeper: The crumbling walls between China and Hong Kong

This article has been updated with more photos and details on the protests and clashes with police.