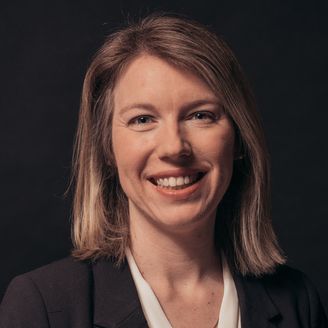 The fate of the national race to build 5G wireless service depends on how effectively the guts of the network — namely, hundreds of thousands of bulky antennas — are placed in cities.

Why it matters: While global tensions mount over pressure to build 5G networks as fast as possible, U.S. cities are in a fight of their own with telecom carriers and federal regulators over how new 5G antennas — or small cells — will be scattered throughout downtowns and neighborhoods.

Driving the news: Next month, the Ninth Circuit Court of Appeals in Pasadena, Calif., will hear the case between cities and the Federal Communications Commission over the placement of 5G antennas.

Context: Wireless companies say one of the biggest hurdles to deploying 5G networks is the need to negotiate with city officials for permission to install small cells, and that some cities were charging excessive fees for access to city property.

The other side: City leaders, however, say the one-size-fits all rules undermine their authority to charge market rates for property access. They also say the mandated fee structure weakens their leverage to negotiate wider 5G build-outs that, for example, cover poor neighborhoods as well as rich ones.

In the 1960s, what is now Peachtree Corners was the site of the area's first "technology park," home to some of the region's early tech firms. The city now wants to be a high-tech hub.

City manager Brian Johnson has been leveraging corporate partnerships — including with Sprint to install 5G service — to become a smart-city testing ground. The city wants to attract startups to its incubator space called Curiosity Lab, which includes an autonomous driving test track, and bring patrons to its restaurants and hotels.

Down the road, telecom carriers have installed a couple dozen 5G small cells. City leaders aren't happy that they have such little say over where the equipment gets placed.

"People aren't against 5G. They're not against new technologies coming in, but they're definitely against having things willy-nilly plopped in their front lawn," said Christian Sigman, city manager of Brookhaven, Georgia. "And we're going to get the blame for it because rubber hits the road right here at City Hall."

What's next: A decision in the case is expected later this year. Until then, the litigation creates uncertainty for both cities and carriers during what is supposed to be a critical time for 5G roll-outs.

"I don't think, sitting here in Washington, we have the right to tell cities what to do," said Democratic FCC Commissioner Jessica Rosenworcel, who voted against the 2018 order. "We've created a lot of anger in cities and states across this country who want to play a role in figuring out what the future of their infrastructure looks like."

Venture capital investment is seeping out from Silicon Valley to the rest of the country, but the West Coast still dominates the market by a wide margin.

Why it matters: Venture capital investment can play a crucial role in building fast-growing, tech-based economies like those of the Bay Area, Seattle, Austin, New York and Boston. But VC investors don't typically stray outside those markets to look for the next big thing.

By the numbers: Last year, the Bay Area's proportion of overall U.S. venture capital investment fell to the lowest point since 2013, according to year-end data from Pitchbook and the National Venture Capital Association.

The big picture: The majority of U.S. venture capital funding goes to California, New York and Massachusetts — and 2019 was no different.

What's happening: Investors with Silicon Valley roots are branching out and raising funds in places they see as having untapped potential.

When Mark Kvamme moved to Ohio from Silicon Valley to start Drive Capital eight years ago, "people literally thought I was crazy," he said. "One investor even told me, Ohio is where venture capitalists go to die."

Still, there's a reason the Bay Area remains dominant: Its high concentration of talent, entrepreneurs and customers, along with the lion's share of capital thanks to blockbuster IPOs creating new wealth to reinvest.

The bottom line: "The days of VC's hiding in a bunker in Silicon Valley are coming to an end," said Roy Bahat, head of Bloomberg Beta, a venture fund backed by Bloomberg LP. "If we want to realize the full potential of technology, we need people everywhere making it."

One year ago, Microsoft announced it would invest $500 million to address the affordable housing crisis in Seattle. Today, it announced an additional $250 million in the form of a line of credit to the Washington State Housing Finance Commission.

Why it matters: The additional allocation brings Microsoft's total investment to $750 million, deepening its role in its hometown as part financier, part philanthropist in trying to lessen the low- and middle-wage housing shortage plaguing many tech hubs around the country.

Flashback: Jane Broom, senior director of Microsoft Philanthropies, told me in October that that the company would likely make a follow-on investment. She also noted the high interest from the Seattle business community to help fill funding gaps for affordable housing projects.

Yes, but: Despite the interest, the pipeline of affordable developments that met Microsoft's criteria for investment was surprisingly small, underscoring how hard it has become to create affordable housing in the Puget Sound region.

As part of its initial investment, the company also announced today a $50 million investment in the Evergreen Housing Impact Fund that will create about 1,250 units of low-income housing on Seattle's Eastside.

Bottom line: As we've written before, the affordable housing crisis is so severe that corporate investments won't be the silver bullet. Zoning codes, tax laws, construction costs, the price of land and cut-backs on federal affordable housing assistance are all factors — and will take years to address.