The Nationals beat the Cardinals, 7-4, last night, concluding an NLCS sweep that bucked every team narrative and sends the franchise to its first ever World Series.

The big picture: After 4 heartbreaking first-round exits in 6 years, Washington dominated St. Louis so thoroughly that it was almost boring. At no point during the NLCS did they trail, and they had the lead for all but 5 of the 36 innings.

How they got here: After a rough first month of the season, the Nationals adopted the motto "Stay in the fight," and that's exactly what they’ve done.

What they're saying: "Sometimes, bumpy roads lead to beautiful places," skipper Davey Martinez told a crowd that didn’t want to leave. "And this is a beautiful place."

The big picture: The last time a Washington team went to a World Series was in 1933, when the Washington Senators fell to the New York Giants. How different was the sports world then? Well…

The front page of the Washington Post sports section on Sept. 22, 1933, the last time a D.C. team clinched the pennant... 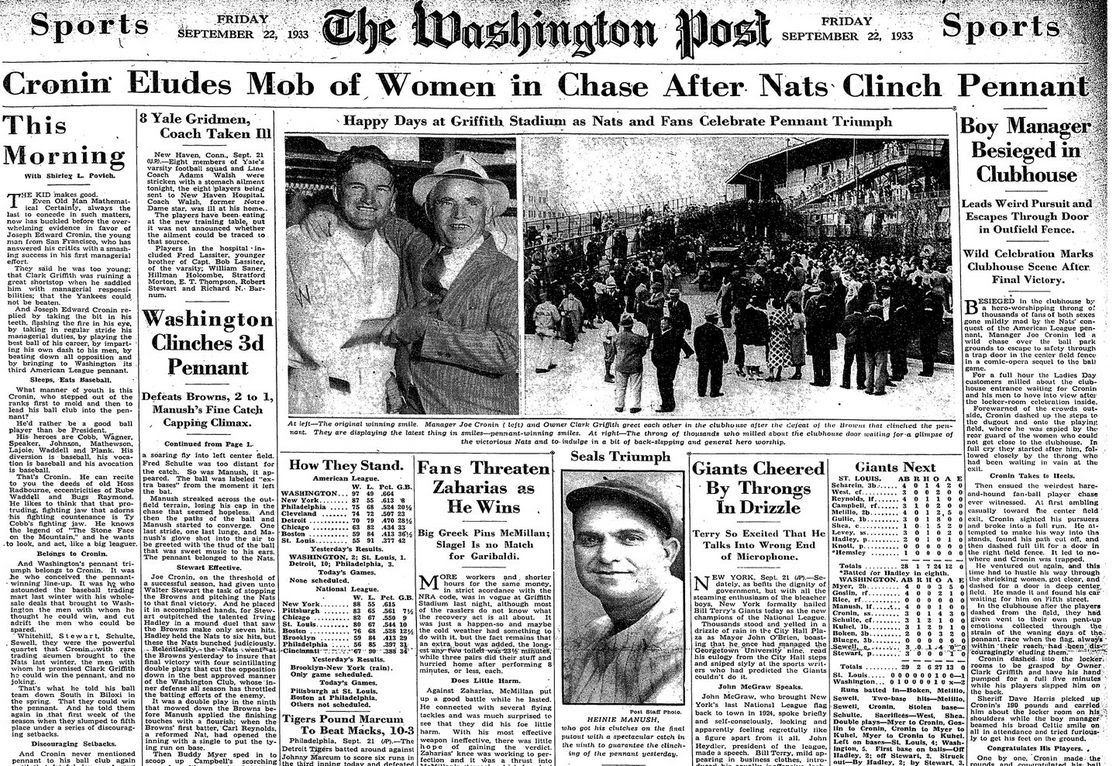