The NFL Players Association filed a non-injury grievance against the league today, claiming that its new policy requiring players to stand during the national anthem or remain off the field is "inconsistent with the collective bargaining agreement and infringes on player rights."

Why it matters: The NFL anthem protests against police brutality have given way to a divisive cultural debate, one that President Trump has seized upon as a question of respecting the American flag and the nation's military. Rather than taking the fight to court, the NFLPA and the league will begin confidential discussions to find a solution. 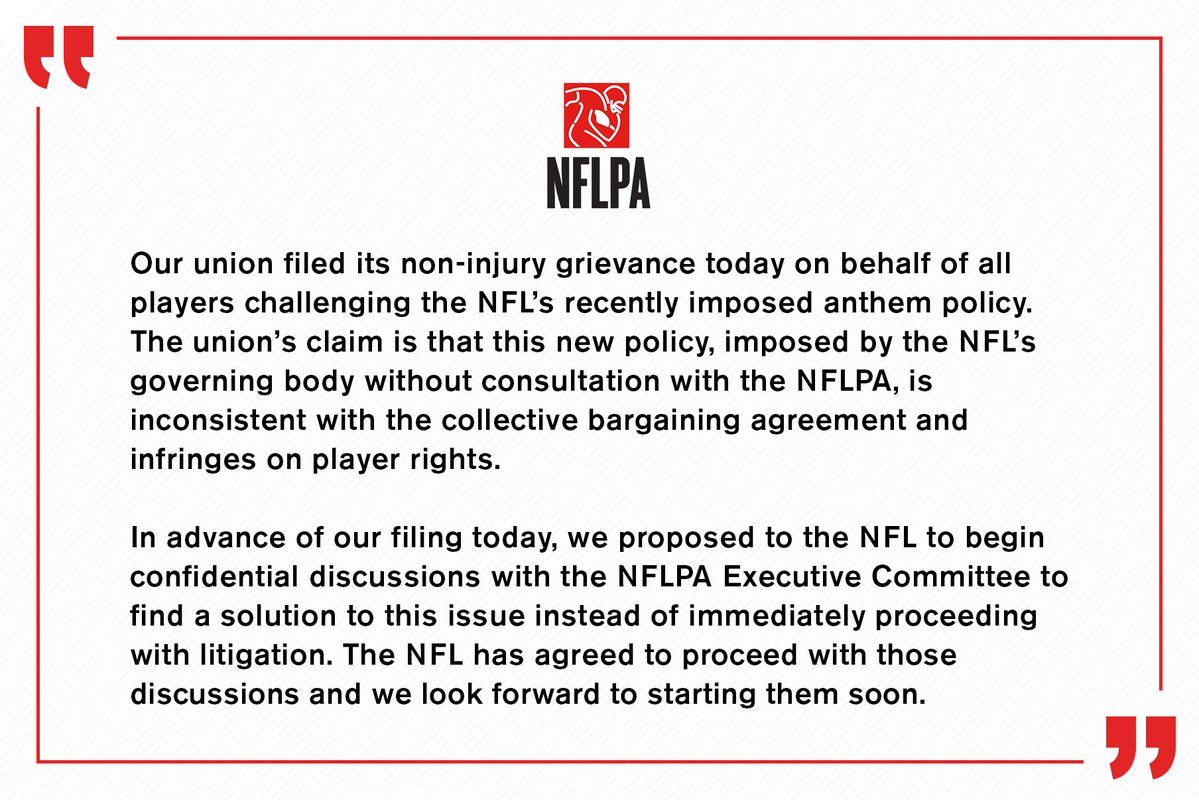