Situational awareness: Pinterest has set IPO terms that value the company lower than its most recent investment round, Axios' Dan Primack reports. It plans to begin trading late next week on the New York Stock Exchange.

Congrats to the Baylor Lady Bears who won the NCAA women's hoops championship and to "Josh_Boulder" who edged me out to win this year's Login women's bracket challenge.

While Google's AI ethics outreach efforts are mired in controversy, Microsoft has managed to engender significantly less animosity through a more systematic approach.

What's happening: Google appointed a controversial outside advisory board, drew an onslaught of protest and disbanded the group a week later, succeeding only in antagonizing people of many different perspectives.

Microsoft's approach: The company began by soliciting a wide range of input, laid out its principles in a book, and is now incorporating those principles into its product development process.

Google's approach: The company has taken what appears to be a more case-by-case approach despite the fact it, too, has published AI guidelines.

The bottom line: It's not clear that Google's positions are any more controversial than Microsoft's, but Google's haphazard execution has hampered its AI ethics effort. By stating its principles and sticking to them, even when taking some unpopular stances, Microsoft has displayed more political savvy. 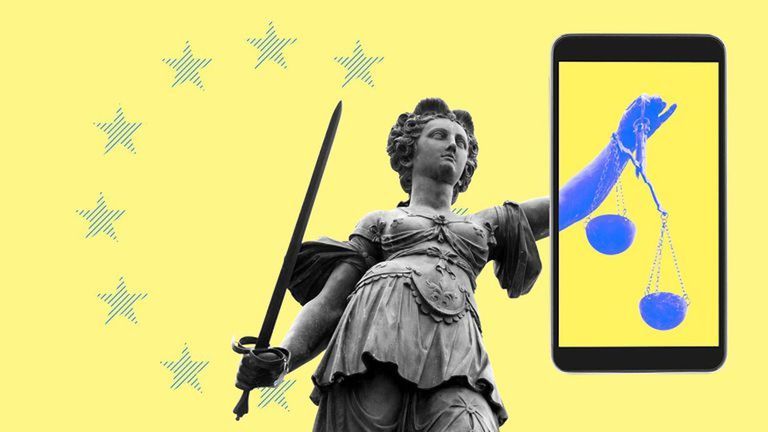 A new plan for regulations released by the U.K. government Monday puts legal responsibility on tech companies for any harmful or unlawful content that appears on their properties, Axios' Sara Fischer writes.

Why it matters: This means tech giants could face big fines if they don't remove things like terrorist videos or hate speech in a timely fashion.

Details: The proposed regulations would apply to any company that allows users to share or discover user-generated content or interact with each other online.

Be smart: Such sweeping measures, if passed, would likely set an international standard for how tech companies should be policed.

Yes, but: If the rules are as far-reaching as proposed, it's conceivable that some global internet companies would simply write off their U.K. presence rather than comply.

What's next: A 12-week consultation on the proposals begins Monday, and will be followed by final proposals for actual legislation.

3. What people search sites know about you

We've already looked at what Google, Facebook and Tesla know about you. Now my colleague Gerald Rich has a look at the details widely available from various "people finder" sites, such as White Pages and Spokeo.

Not every site contains the same detailed information. But a quick search can reveal more information about you than you’re comfortable sharing — like:

How it works: There are more than a dozen people-finder sites that act as data brokers, vacuuming up public and private records, like court and motor vehicle records, or the Postal Service's change-of-address database.

The backstory: People-finder sites, which have been publicly available since the 1990s, make money various way: ads, subscribers and wholesale data brokerage.

Go deeper: Gerald has more here, including what you can do to reduce your footprint.

On-demand merchandise startup Teespring is profitable (and has been for a year) after 7 years in business, but it didn’t come easy, Axios' Kia Kokalitcheva reports.

The path included layoffs, CEO changes and a recapitalization that slashed its valuation to a mere $11 million.

The big picture: Teespring's saga inverts the usual garage-band-to-billionaires startup story. The company began as a Silicon Valley darling, attracting the early backing of Y Combinator, other top investors and media attention. Then the trouble began.

Roses are red, lobsters are blue? Well, it turns out that one in two million of them are.