The president is making news with pre-brunch tweets: "I would be willing to 'shut down' government if the Democrats do not give us the votes for Border Security, which includes the Wall!"

Axios' Alexi McCammond is in Michigan this weekend, following the gubernatorial campaign of Abdul El-Sayed, 33. Follow us on Instagram for dispatches.

Midterms are 100 days from today ... Control of Congress, much like everything in politics, media and culture these days, will come down one thing: Trump.

Trump, of course, wants it to be about Trump, telling Fox News' Sean Hannity that he plans to campaign "six or seven days a week when we're 60 days out" — just after Labor Day.

The Boston Globe's Matt Viser found the same phenomenon in ads for Florida governor and elsewhere — nationally, more than a quarter of political ads mention Trump.

But here's one of the reasons Dems are favored to take the House: Jonathan Swan points out that for some vulnerable Republicans running in swing districts, not only does the Trump bag of tricks not work for them, they believe it actively hurts them.

This summer, Hurricane Trump has become a net negative for more Rs:

Be smart: Trump's approval rating in his own party is a lofty 88% — nearly a record at this point in a presidency. So he's definitely a turnout asset. But given how divisive he is, he just happens to be a turnout asset for both sides.

The deadly heat waves, floods and fires occurring from Japan to the Middle East, and North America to Europe have clear links to human-caused climate change, according to climate scientists, Axios science editor Andrew Freedman writes:

The big picture: All-time high temperature records, along with heavy-rainfall milestones, have fallen as a warmer, wetter climate exerts its influence on day-to-day weather.

Between the lines: Climate scientists told Axios that while they are not surprised by the simultaneous extremes observed so far this summer — reports have warned about this for years — they are taken aback by the severity and number of these extreme events.

Go deeper: See Andrew's astonishing list of records that have been set just in the past few weeks. 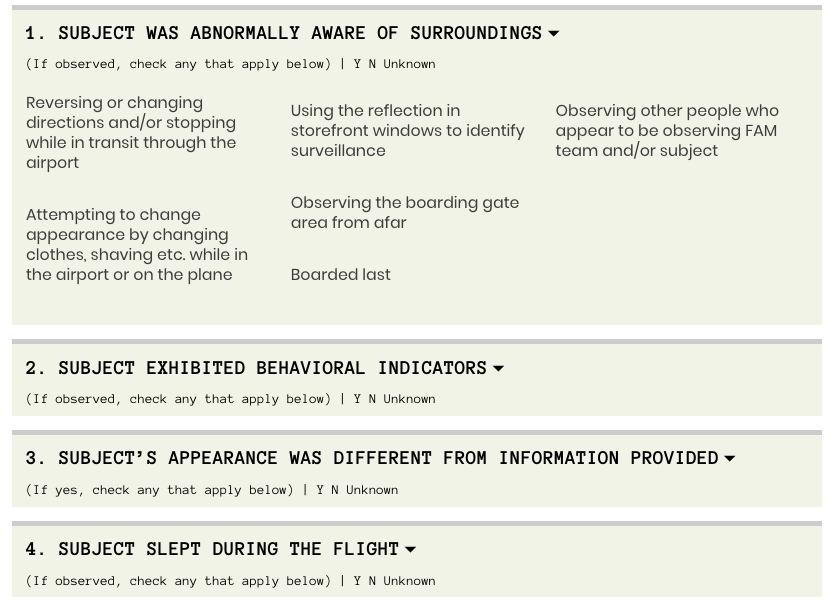 "Federal air marshals have begun following ordinary US citizens not suspected of a crime or on any terrorist watch list and collecting extensive information about their movements and behavior," reports Jana Winter, a Boston Globe Spotlight fellow:

The new domestic surveillance program is drawing criticism among the air marshals who have to carry it out:

One air marshal messaged another: “jeez we need to have an easy way to document this nonsense. Congress needs to know that it’s gone from bad to worse.”

Fourth day of raging Northern California wildfire ... A deer stands on a road covered with fire retardant yesterday as the Carr fire burns near Redding, in Shasta County.

Officials "expressed particular alarm about its rapid expansion. Between Friday night and Saturday morning, the fire doubled in size to more than 80,000 acres with only 5% containment." 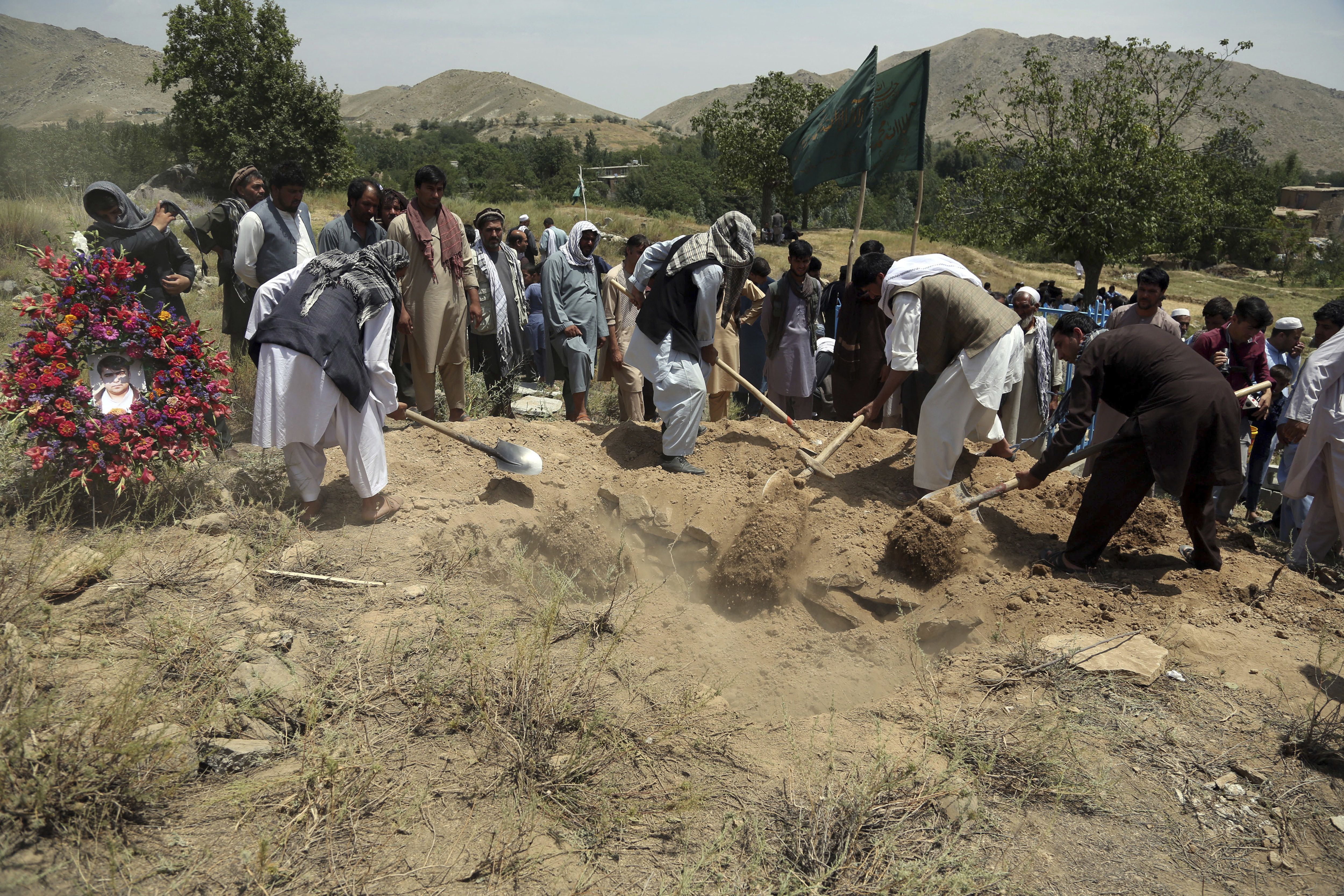 Relatives bury Mohammad Akhtar, 31, a driver for the Agence France-Presse news agency who was killed July 22 in a suicide attack near Kabul airport. (Rahmat Gul/AP)

"The Trump administration is urging American-backed Afghan troops to retreat from sparsely populated areas of the country, ... all but ensuring the Taliban will remain in control of vast stretches of the country," N.Y. Times Pentagon correspondents Thomas "T.M." Gibbons-Neff (who was deployed twice to Afghanistan as a Marine infrantryman) and Helene Cooper report:

"The withdrawal resembles strategies embraced by both the Bush and Obama administrations that have started and stuttered over the nearly 17-year war."

Why it matters: "The retreat to the cities is a searing acknowledgment that the American-installed government in Afghanistan remains unable to lead and protect the country’s sprawling rural population." 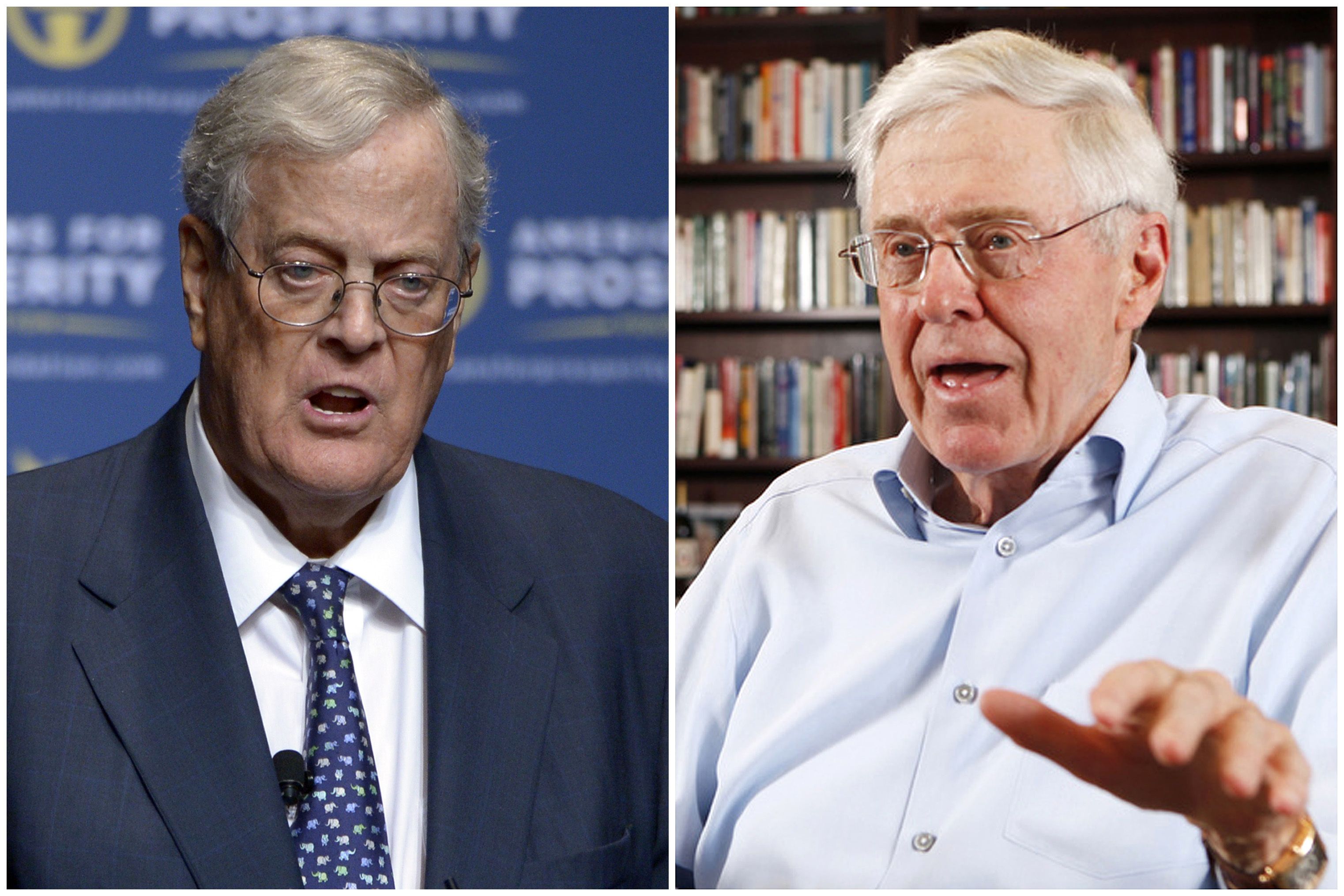 "The Democrats' super villains for much of the last decade have quietly launched a rebranding effort [designed to] vanquish the 'Koch brothers' moniker," AP's Steve Peoples reports from a Koch donor retreat in Colorado Springs:

Why it matters: "[T]he conservative network remains one of the nation's most influential political forces." 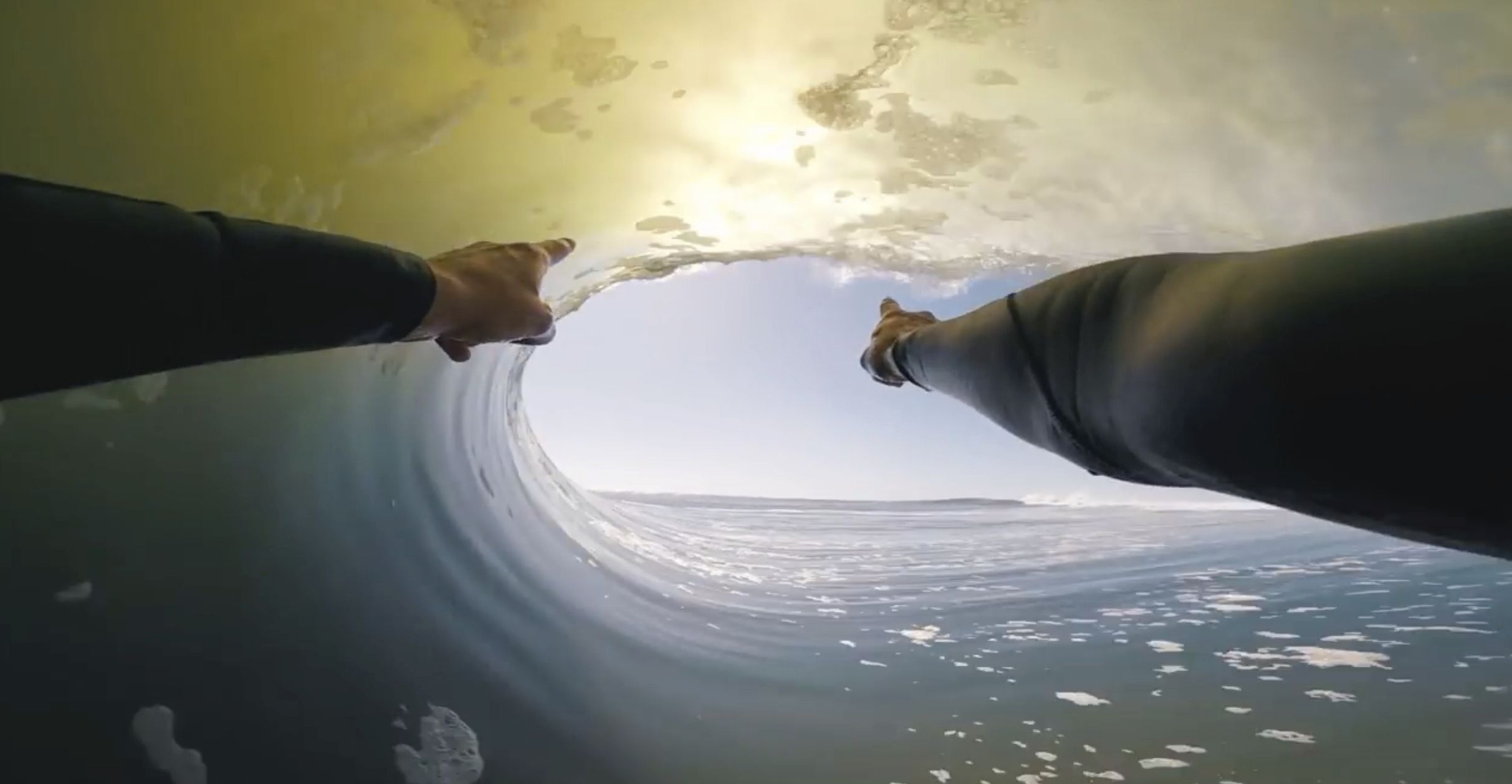 Koa Smith points at a wave during his two-minute ride. (Images from video/Chris Rogers via AP)

In an epic ride unlike any documented before, Koa Smith, a 23-year-old from Hawaii, last month rode a wave off of Namibia, on the western shore of Africa, for two minutes and stayed upright for nearly a mile, AP's Eddie Pells reports:

"Much as a meteorologist tracks storms several days before they hit, Smith and many world-class surfers have mastered the art of reading weather charts to predict when and where the greatest sized ocean swells will hit":

What's next: Surfing debuts at the Olympics in 2020. 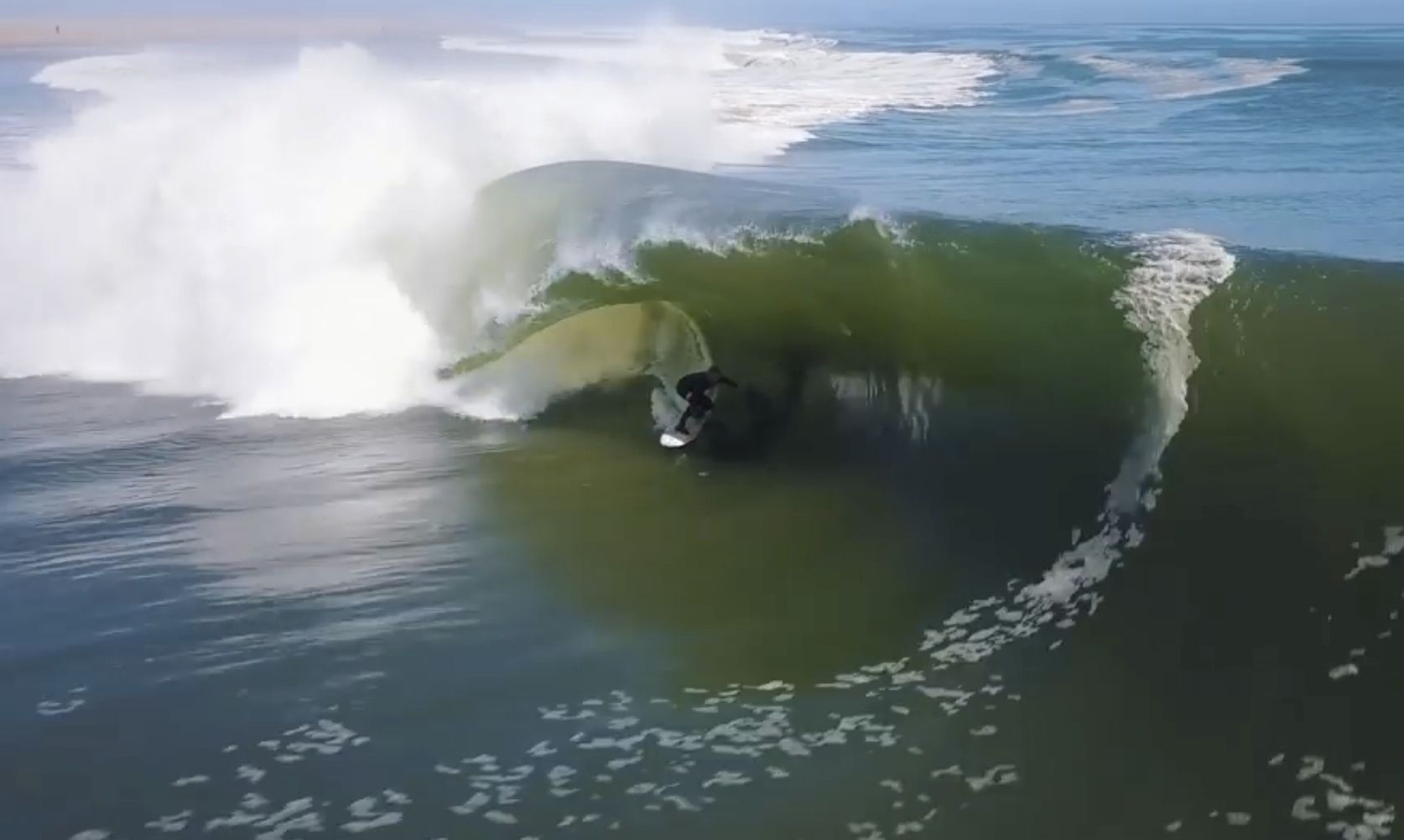 Koa Smith rides a wave off the coast of Namibia. (Image from video/Chris Rogers via AP)

Thank you for reading. Updates all day on Axios.com.