⚡ The DNC will reject Iowa's plan for virtual caucuses, which would allow registered Democrats to vote by phone, because of concerns about hacking. (Des Moines Register)

The U.S. unemployment rate is so low that some cities and states have turned into "worker deserts" — places where companies can't find people to hire, Axios markets reporter Courtenay Brown reports.

Across the country, more than 1 million more jobs are available than there are people to fill them.

In New Hampshire, unemployment is close to a 30-year low:

In Florida, companies are "bringing back retirees ... increasing the use of interns and apprenticeships," wrote Mark Vitner, a Wells Fargo economist.

What's next: In some states critical to the 2020 election, business leaders are pushing for more immigration to create bigger labor pools.

When negative coverage is excluded, stories about Elizabeth Warren are going farther online than coverage of any other 2020 Democratic presidential candidate, according to NewsWhip data provided exclusively to Axios.

The big picture: Running on a platform to remake the economy with ambitious proposals like her wealth tax, Warren has steadily climbed in the polls.

Between the lines: While many of the stories about other candidates that have generated the most interactions are straightforward news articles, more of Warren's biggest articles have been commentary with positive overtones:

See past editions of the 2020 Attention Tracker here.

With "virtual beings," a "new generation of companies is hawking some approximation of virtual immortality — the opportunity to preserve one’s legacy online forever," the WashPost's Peter Holley writes:

Why it matters: For decades, beginning with the cryonics movement, "Silicon Valley futurists have sought to unchain humanity from the corporeal life cycle." 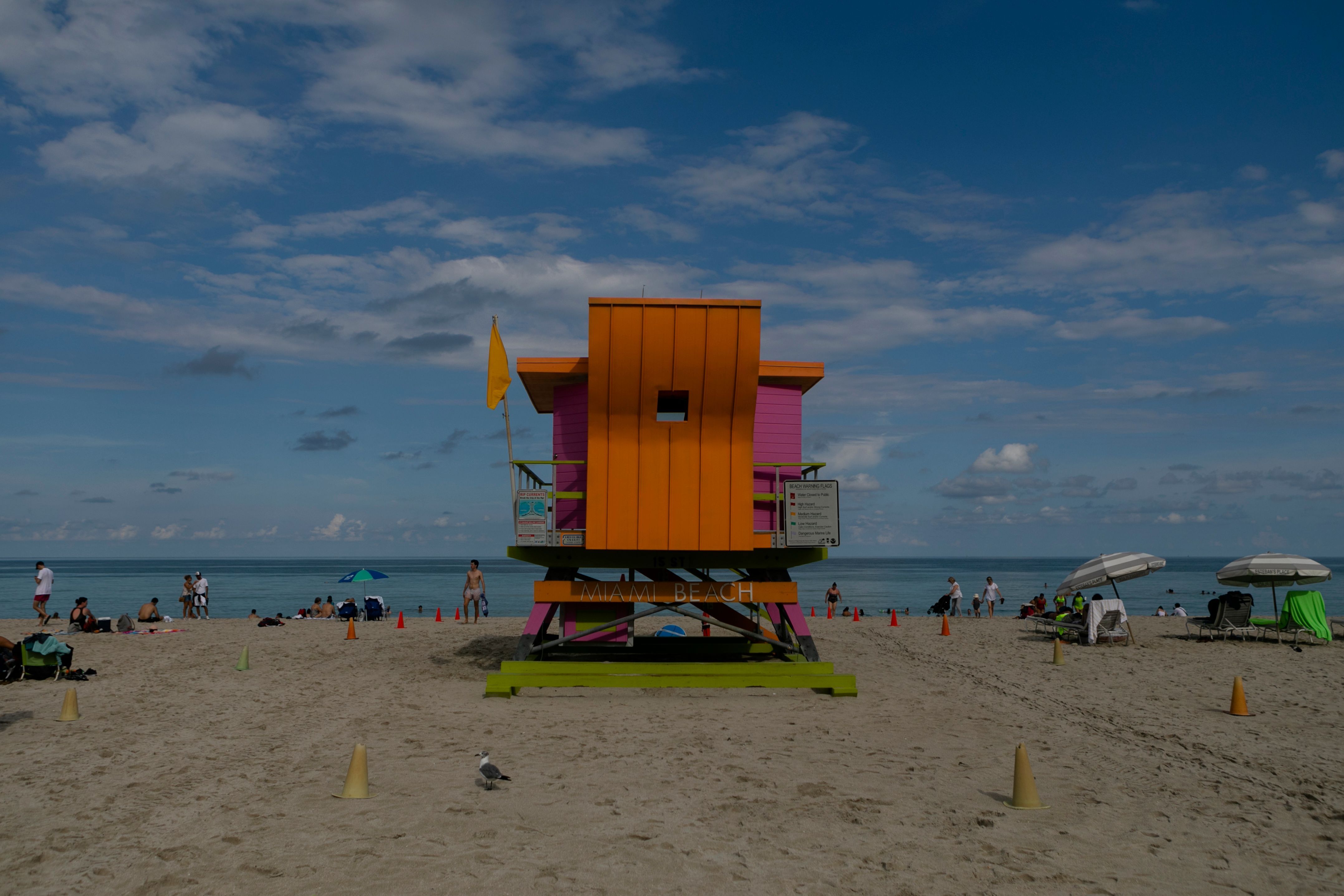 South Miami Beach lifeguard towers sported a warning flag as Floridians prepared for the Labor Day weekend arrival of Hurricane Dorian, which President Trump said could be an "absolute monster."

Below, over 100 vehicles lined up for free sandbags being filled by trustees from the jail in Brevard County, Fla. Joe Biden defended his faulty description of a tale of military heroism after the Washington Post found that an emotional anecdote Biden told while campaigning in New Hampshire contained inaccuracies, AP reports.

Biden told The (Charleston) Post & Courier that the "essence" of his recollection is correct:

6. Off-the-record dinner got back to Trump "President Trump’s personal assistant, Madeleine Westerhout, whose office sits in front of the Oval Office and who has served as the president’s gatekeeper since Day 1 of his administration, resigned" yesterday and won't be allowed in the White House today, the N.Y. Times' Annie Karni and Maggie Haberman report.

7. Trump: Space is "the next war-fighting domain" 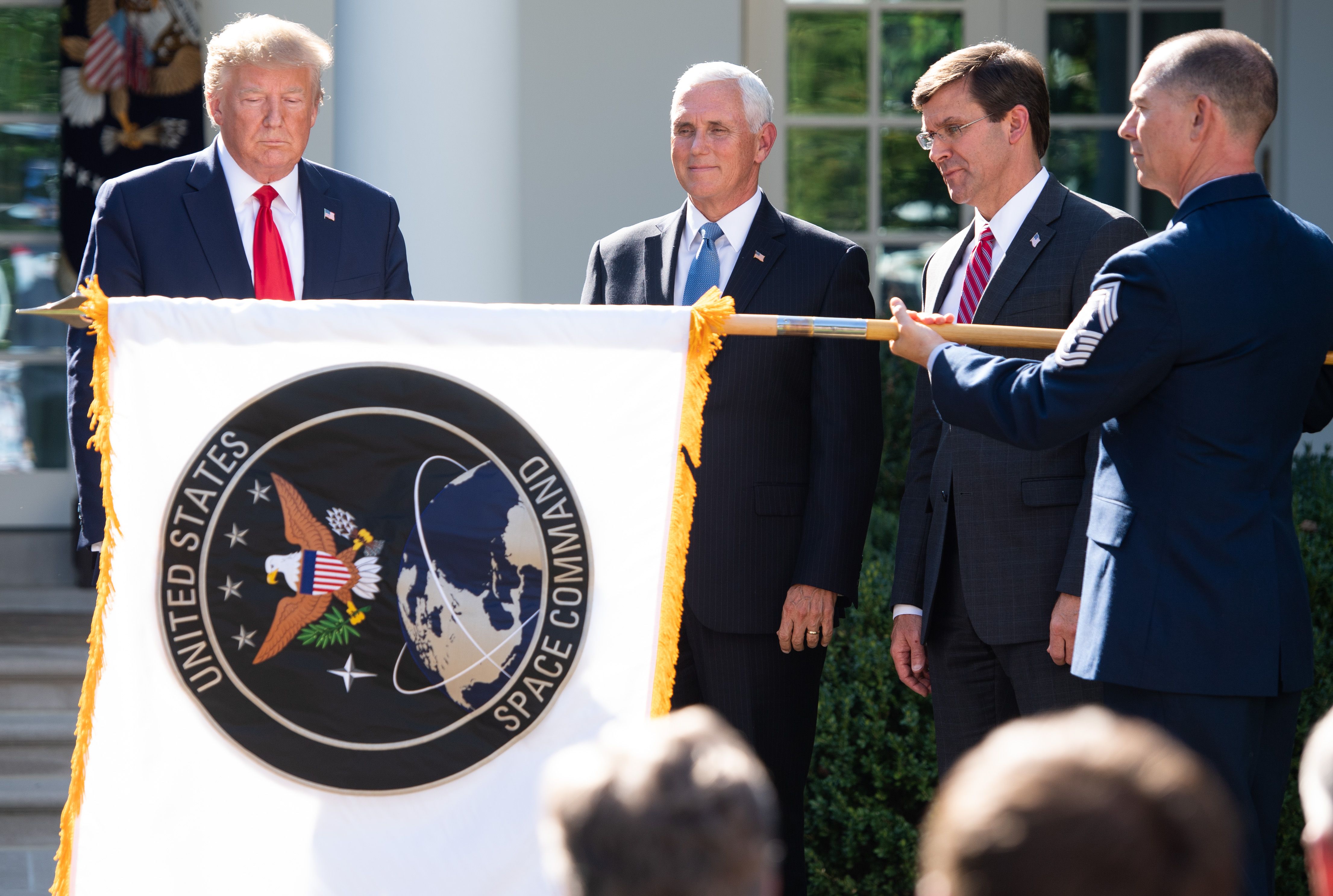 It’s a big deal. As the newest combatant command, SPACECOM will defend America’s vital interests in space — the next war-fighting domain. And I think that’s pretty obvious to everybody. It’s all about space. 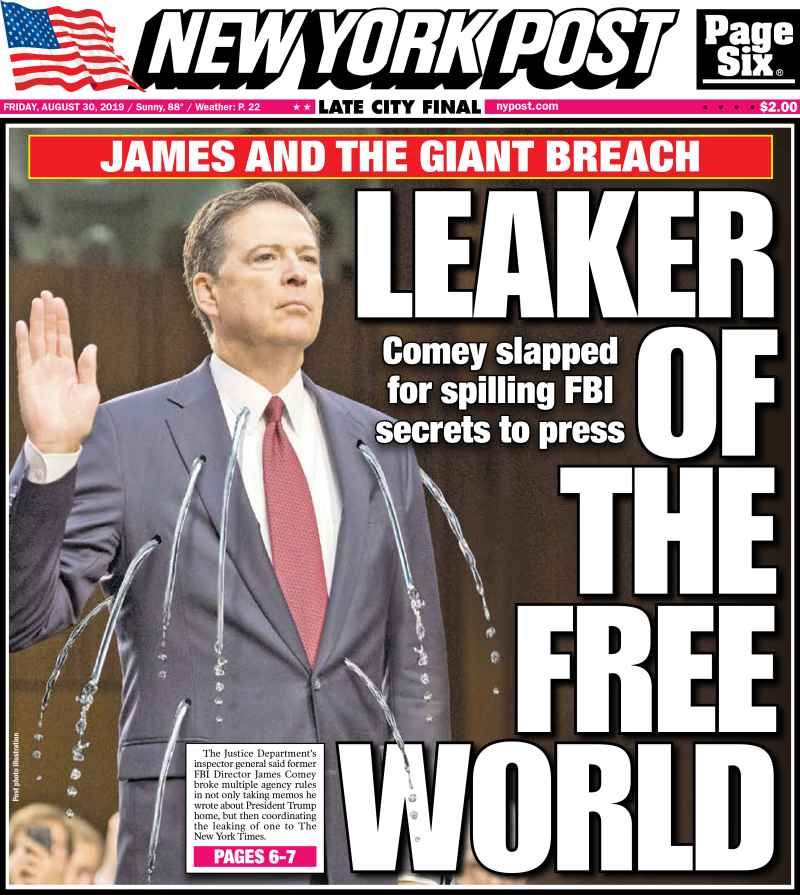 A rally at the California Capitol this week. Photo: Rich Pedroncelli/AP

Uber, Lyft and DoorDash are threatening to spend $90 million on a California ballot measure if they can't reach a deal with unions and lawmakers on changing the rights of their drivers and other so-called gig workers, AP reports.

Why it matters: "Women are now more confident in the workplace, and that allows for fearless self-expression, argues real estate mogul and shrewd 'Shark Tank' investor Barbara Corcoran."