An exclusive poll for Axios by SurveyMonkey found that Facebook's favorability has plunged in the last five months, falling twice as far as the other tech giants.

Key stat: The negative turn for Facebook is particularly large among Democrats and Democratic-leaning independents, with favorable ratings falling 16 points, from 67% to 51%. SurveyMonkey found more modest fall-offs among Republicans and GOP-leaners (10 points, from 55% to 45%) and pure independents (8 points).

But, but, but: The mistrust is focused on the companies, not on technology. The vast majority of those polled (72%) still say tech has a positive effect on society.

Thought bubble from Axios chief technology correspondent Ina Fried: The poll shows a huge drop for Facebook (and Twitter and Google). But remember these are free services. People talk a lot about leaving, but I suspect most want what these companies are offering.

Be smart: If Facebook were a political candidate, this kind of swing in public opinion would provoke a swift, massive response. For Facebook, that process has just begun. After a week of brutal publicity about Facebook data-harvesting by outsiders, including Cambridge Analytica, a new nightmare began for Mark Zuckerberg's company over the weekend:

Be smart: It's clear from the online outrage that many people didn't realize what they were agreeing to. 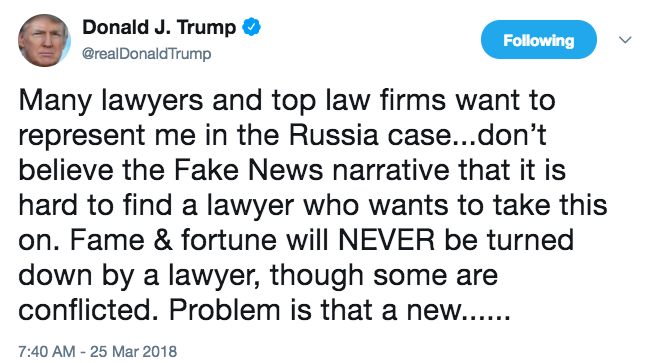 President Trump's "personal legal team has shrunk to essentially just one member [Jay Sekulow], and he is struggling to find any top lawyers willing to represent him," the N.Y. Times' Michael Schmidt and Maggie Haberman report:

P.S. The Daily Beast's Betsy Woodruff notes: "Half a dozen attorneys affiliated with the conservative American Center for Law and Justice are helping Jay Sekulow handle Trump's legal matters, including the Russia probe."

N.Y. Times Quote of the Day ... Roger Cossack, a longtime legal analyst, on Trump’s struggles to find and keep lawyers:

Axios AM's Wilmington, Del., correspondent emails: "On my way to the office [Saturday], I was going by the main public square and saw a rally. Guess who was up on stage? None other than Uncle Joe [Biden]. Reminding everyone he has taken on the NRA and won. See '90s crime bill."

This past week has certainly seemed like one major story per hour.  But before we get carried away, let’s remember one of the gold standards for a time when monumental stories occurred almost simultaneously. Within three days in late January 1973, Richard Nixon was sworn in for a second term, Lyndon Johnson died, the Supreme Court handed down Roe v. Wade and the U.S. agreed to a Vietnam peace accord. With no hindsight, it’s impossible for us to know yet what was the most important thing that happened this past week in March 2018. But with 20/20 hindsight, historians of the future will be able to show us what it may have been — and, if history is any guide, this may turn out to be something that we are not yet even aware of today.

— Historian Michael Beschloss, replying to an email from Axios AM

5. "Most talked about hush agreement in history" 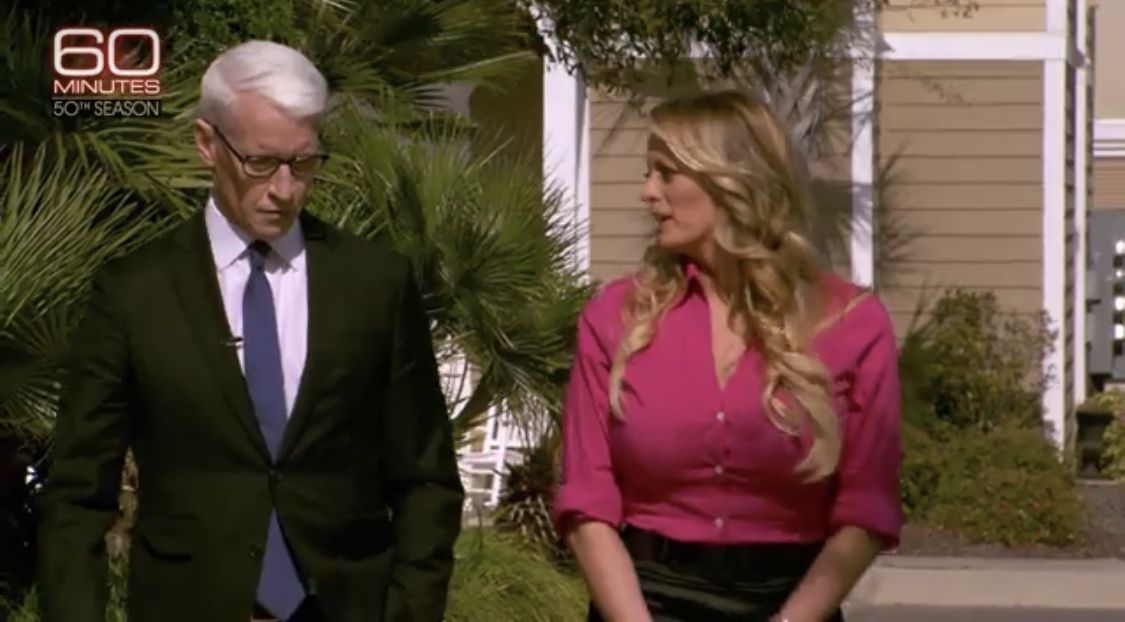 The N.Y. Times' Dan Barry tweeted yesterday, in the hours before "60 Minutes":

Viewers had to wait an extra 35 minutes because of the Duke-Kansas overtime, but here's what Stormy Daniels had to say when "60 Minutes" came on:

"A Republican turnabout on school spending," per WashPost's Michael Scherer:

7. Article of the day 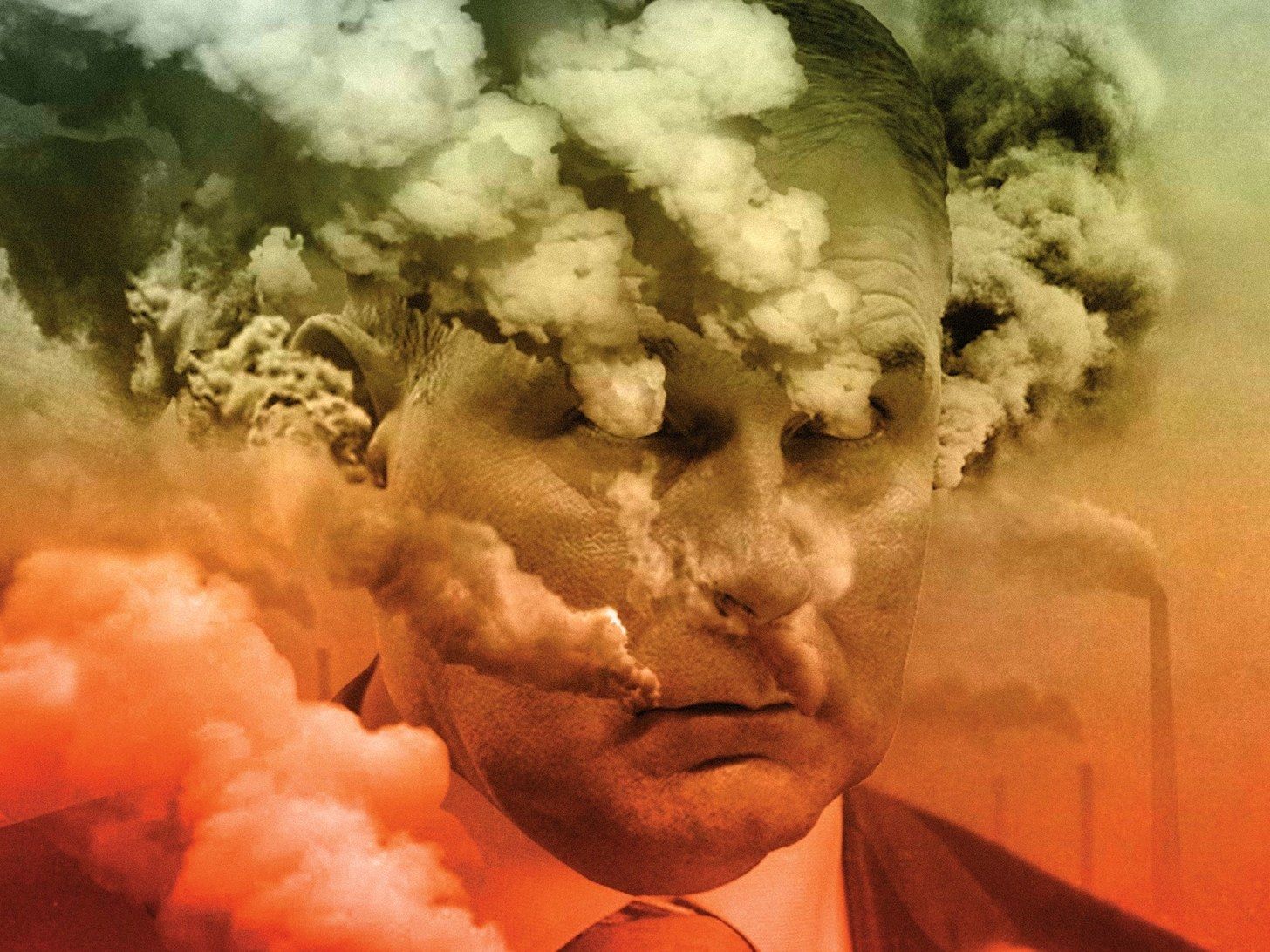 "The head of the United Nations food agency warned [today] that the relocation of Islamic State group members from the Middle East to Africa could trigger a massive new European migrant crisis," AP reports: 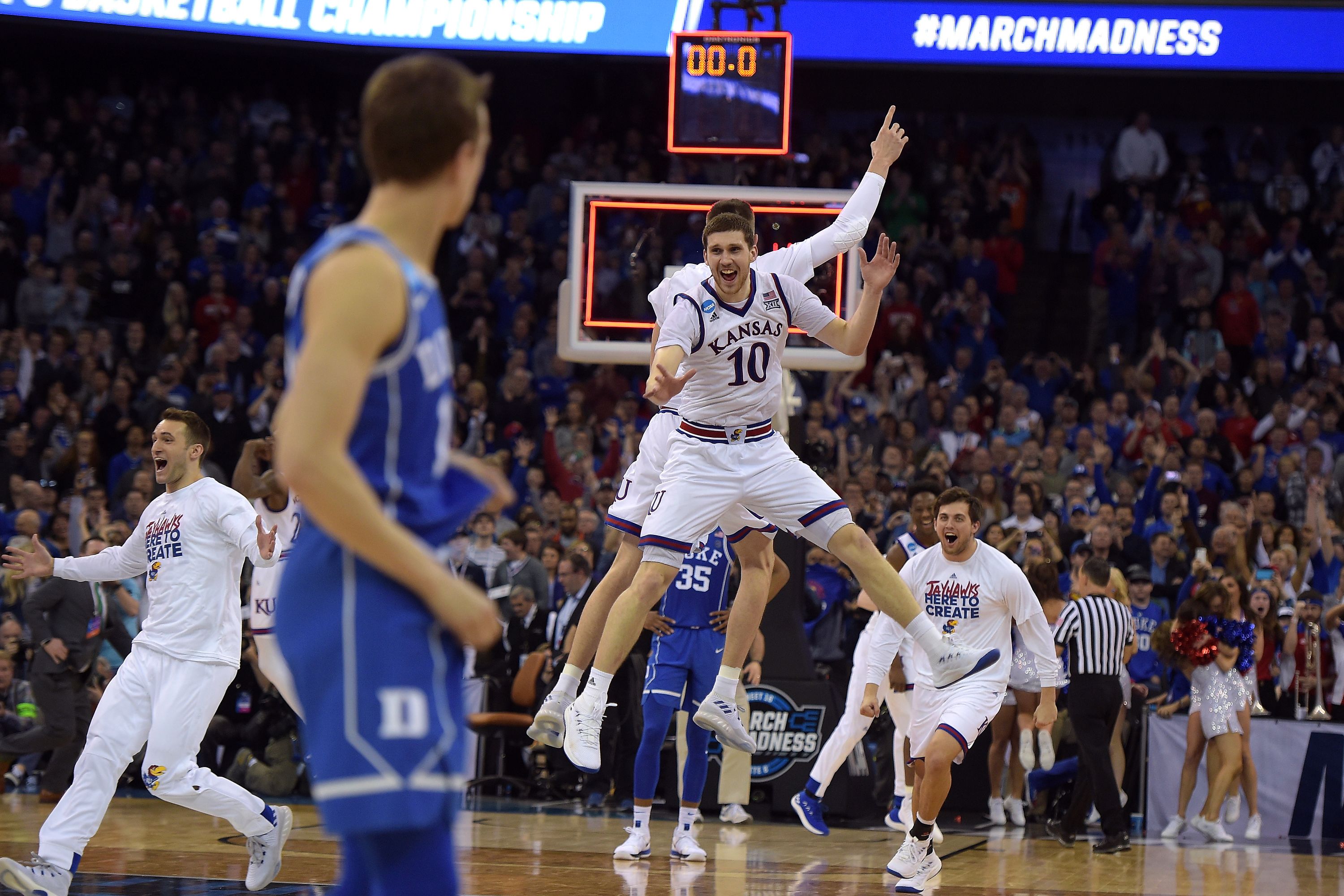 The men's college basketball Final Four is set, and "while there may not be a clear favorite, it's pretty easy to tell who the underdog is," per CBS Sports:

Flashback, from AP: "Villanova was the No. 2 overall seed behind Virginia on Selection Sunday ... followed by Kansas at third. Michigan was No. 11 and Loyola-Chicago was No. 46."

Bracketology: "ESPN said none of the 17.3 million entrees had the Elite Eight teams correct in its Tournament Challenge picks contest. But 550 people correctly had the Final Four teams."

👏 Thanks for reading! See you all day on Axios.com ...