🌻 Good Sunday morning from Nels and Cathie's bonus room in Oregon. I'm about to head to church and brunch with my mom.

Situational awareness: Leaked NRA expense documents show Wayne LaPierre billed the group’s ad agency $39,000 for one day of shopping at Zegna in Beverly Hills, and had the agency cover $13,800 in rent for a female summer intern. (Wall Street Journal) 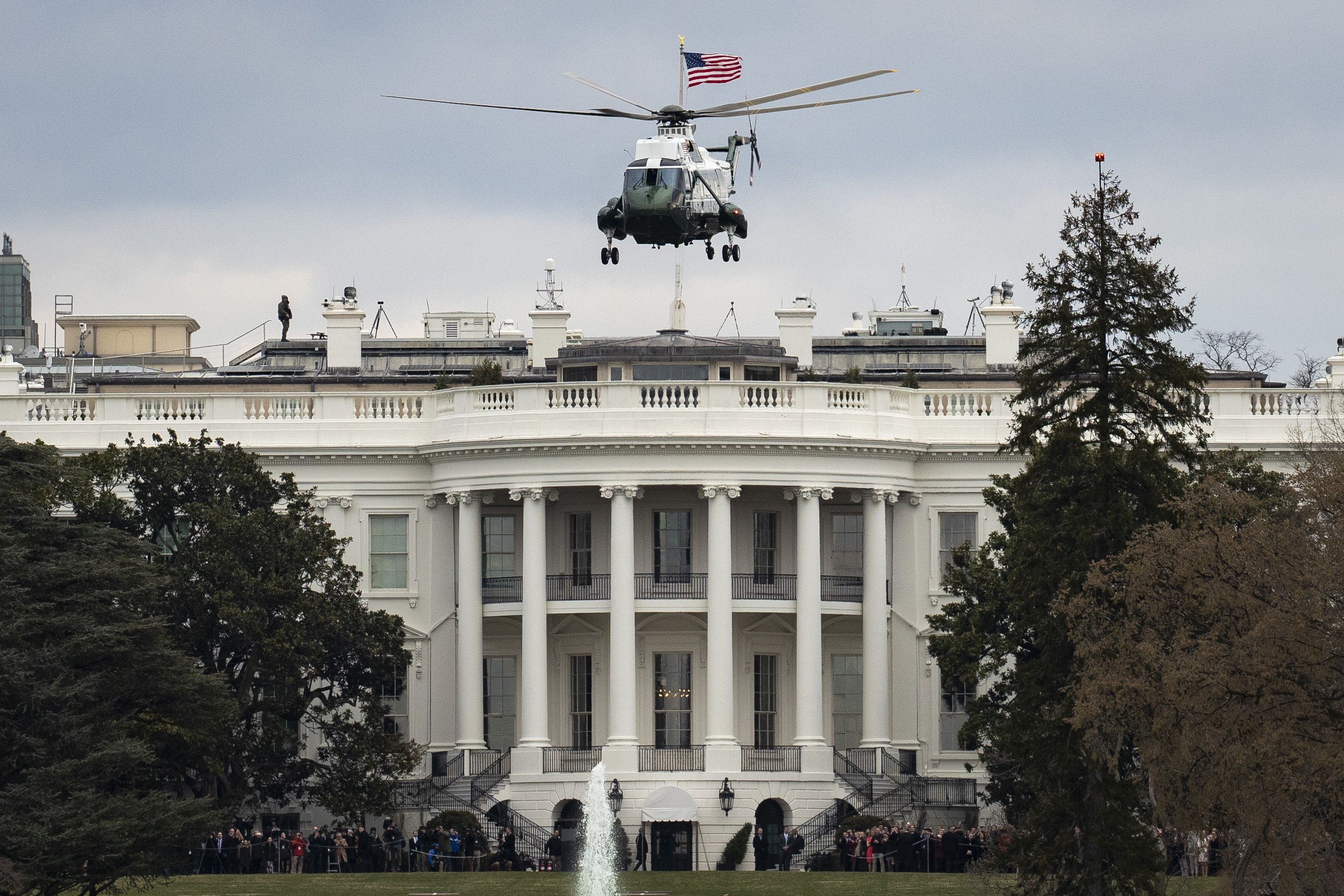 Marine One, with President Trump aboard, departs the South Lawn for Mar-a-Lago in March. (Photo: Drew Angerer/Getty Images)

Every president since FDR who has avoided a recession in the lead-up to an election year was re-elected, Axios markets reporter Courtenay Brown writes:

With the election 18 months away, key metrics are surprising to the upside:

What's next: While recession fears have subsided, there's no guarantee Trump's economy will stay strong. Among the big X-factors is his trade war with China.

The other side: 2020 Democrats say the booming economy isn't touching all corners of the country.

The bottom line: "Many voters are willing to forgive the noise (political incorrectness, tweets, Mueller) as long as the signal (economy) stays strong," says lobbyist Bruce Mehlman, who explores this trend in his quarterly slide deck. Behind the scenes, aides to President Trump have long seen Joe Biden as his biggest potential threat in 2020. Now, the president is saying it out loud:

Biden has been in Trump's head for months: 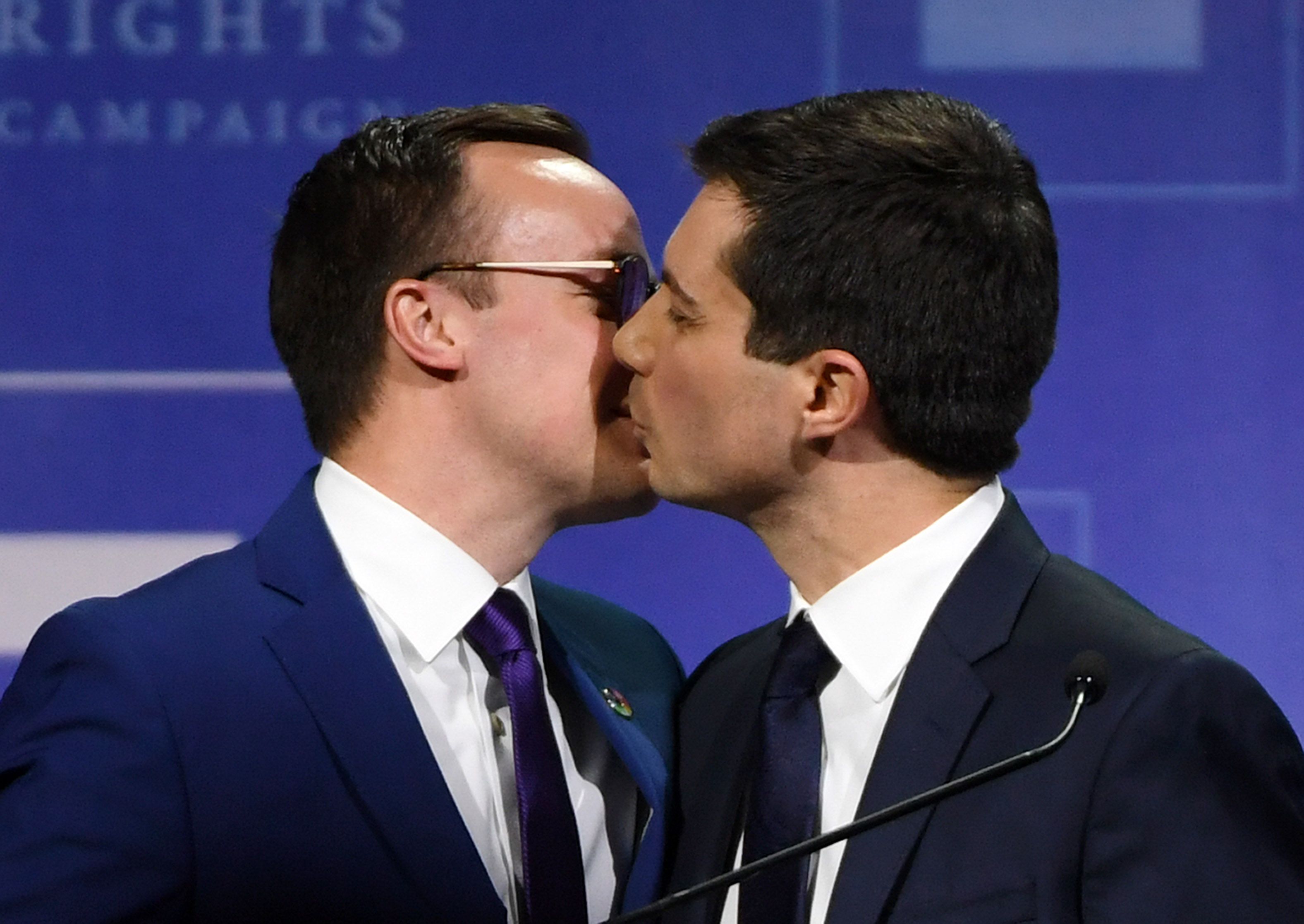 At a Human Rights Campaign gala in Vegas last night, Pete Buttigieg told the story of his public coming out as a gay man in 2015:

When it comes to coming out, everyone's got their own story. Mine is one of taking a long, long time to come out even to myself. And once I did come out to myself, and start to tell friends, after being elected mayor of my hometown, it was easy to drag my feet on telling anyone else. After, all, I had a demanding job, not a lot of time for a personal life, and the city was a jealous bride.

But what happened was I realized I wasn’t getting any younger. By the time I stepped away from the mayor's office to serve in Afghanistan, I was seized with the awareness that I could be killed in action at the age of 33, a grown man and an elected official, with no idea what it was like to be in love.

Something happens to you when you write a letter and put it in an envelope marked "just in case" and put it where your family can find it. It forces you to realize that you only get one life, only get to be one person, and then I knew I had to be who I am. So by the time I came home, I knew what I had to do.

The photo above — at a ceremony in Promontory, Utah, celebrating 150 years since a golden spike completed the 1,800-mile Transcontinental Railroad —recreates the historic photo below, taken on May 10, 1869. 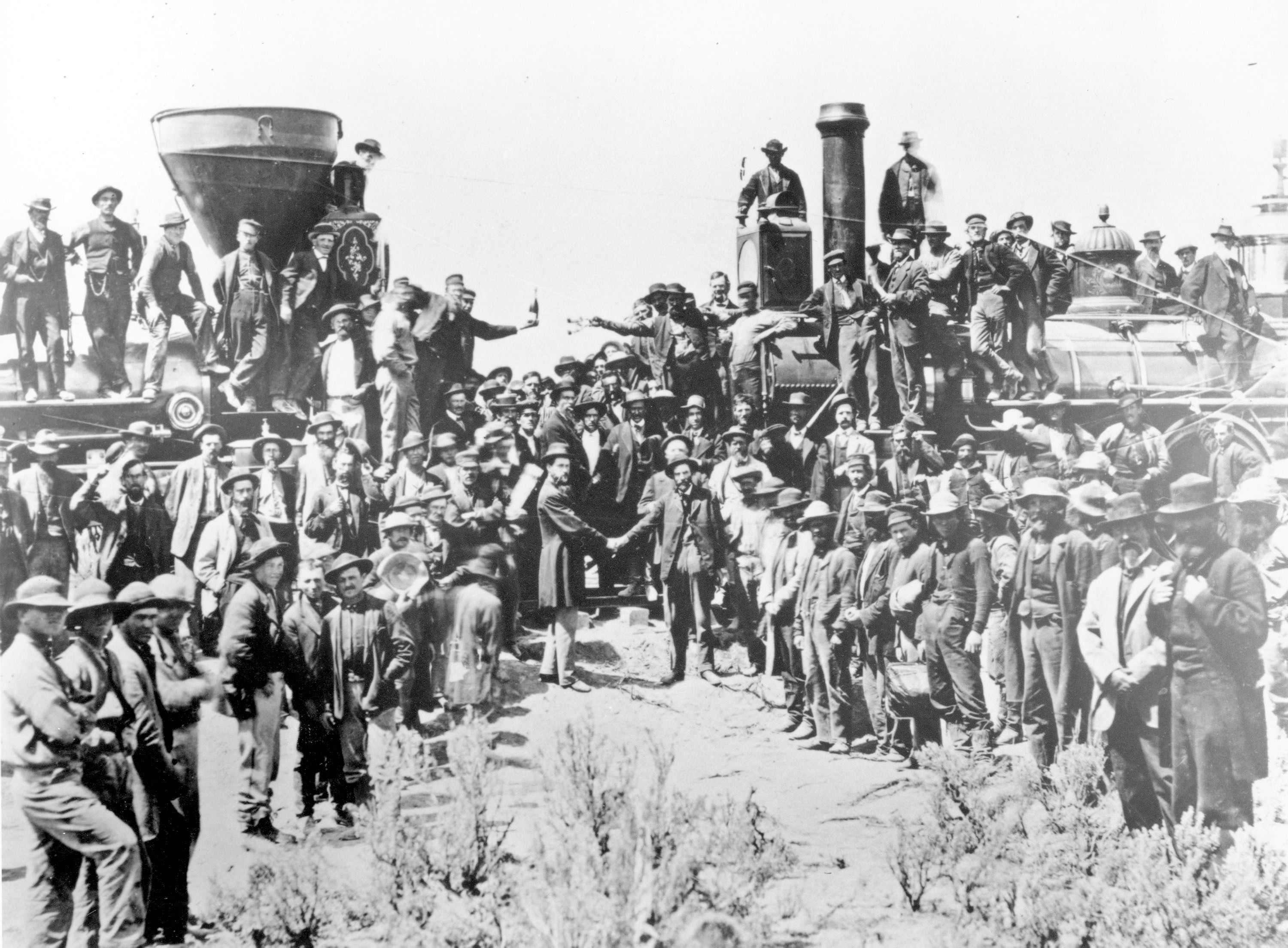 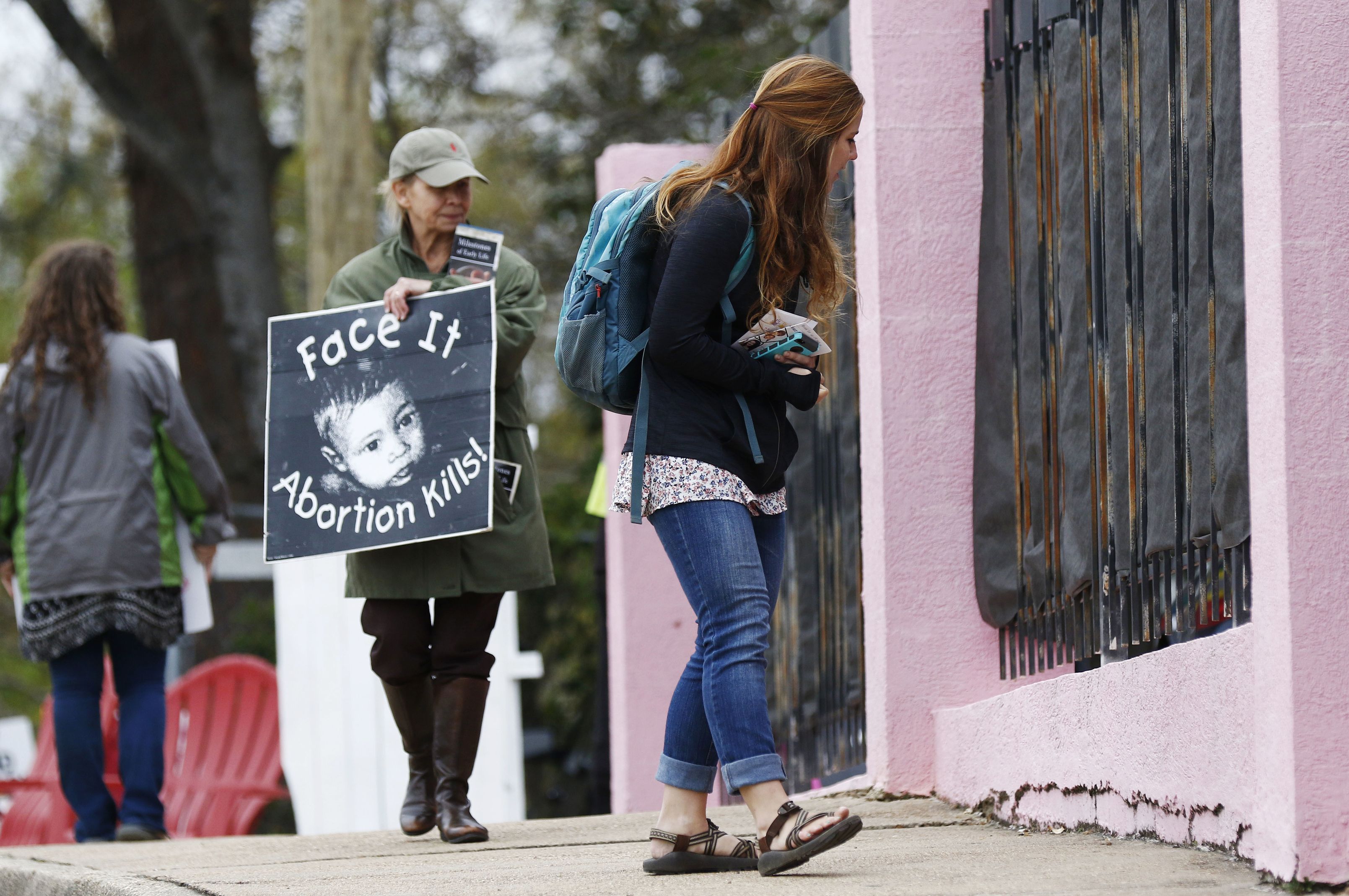 Republican legislatures are on a course to virtually eliminate abortion access in large chunks of the Deep South and Midwest, AP's Russ Bynum reports:

Why it matters: A more conservative Supreme Court may approve.

5. If you have time to curl up and read I read this cover story on my phone as I flew into Portland yesterday, and it's the first time I can remember being so into something that I started scrolling faster.

The great Wil S. Hylton in The New York Times Magazine: "My Cousin Was My Hero. Until the Day He Tried to Kill Me ... For years, I was drawn to his strength, his bravado, his violence. But then he forced me to come to terms with how that idea of masculinity poisoned his life — and mine." Hylton writes of his son:

He was 9 that day, and his family was shattering, and suddenly his father was gone. What I have come to understand is that my absence wasn’t sudden at all. I had been missing all his life. ...

He needs to know that when he becomes a man, he will be tempted to fail in the same ways. ... He will be told these things aren’t failures.

I need to tell him the difficult truth that I am still learning myself. 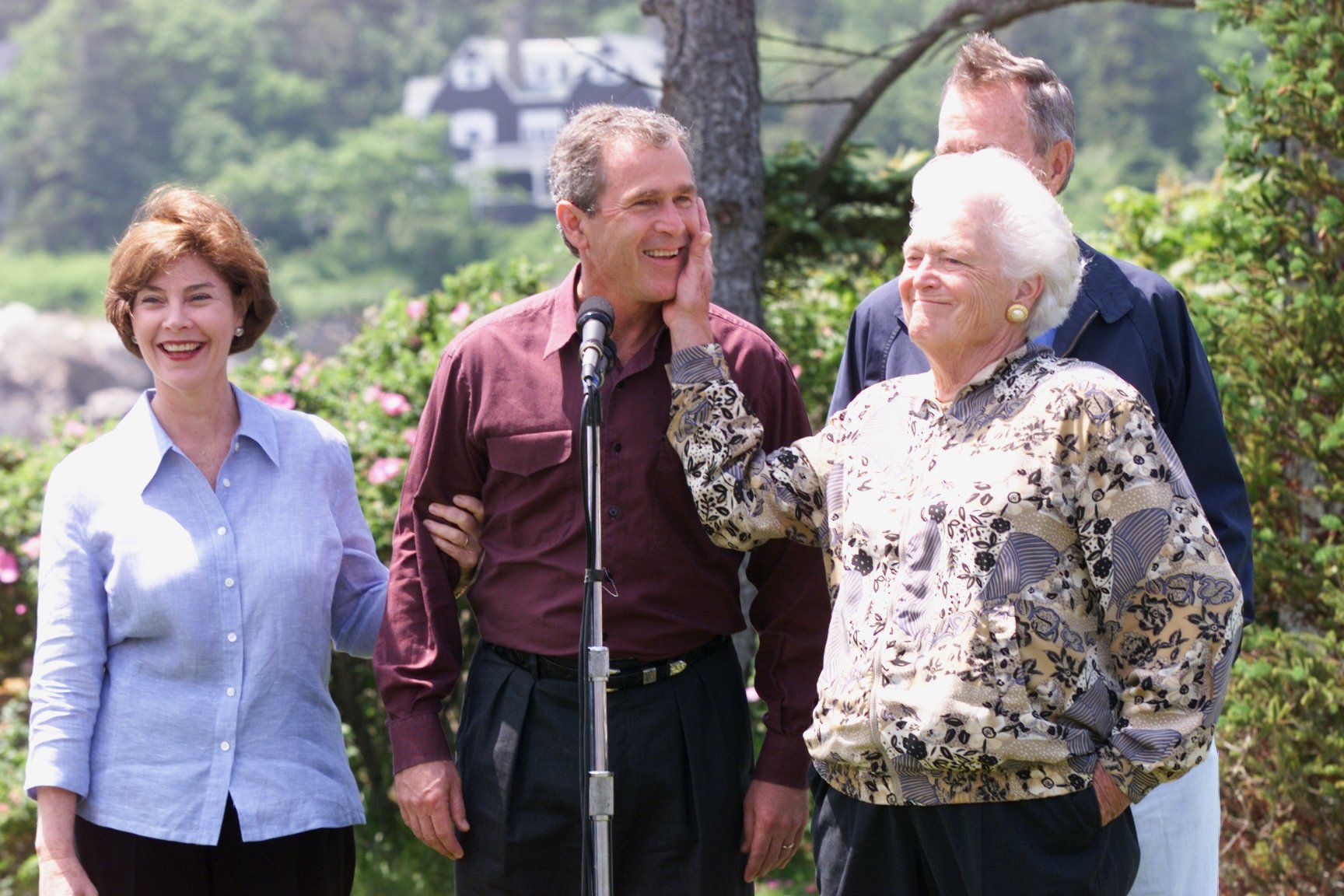 "Things I am grateful for" was one of the final diary entries of Barbara Bush, as reported by USA Today's Susan Page in her current bestseller, "The Matriarch":

Barbara Bush then thanked a sewing group, the Saintly Stitchers, "who meet on Mondays at Saint Martins [Episcopal] Church. They treat me as a normal person although they do spoil me."

Thank you for reading Axios on Mother's Day. Who's on your list?