French President Emmanuel Macron said at a remarkably candid postgame for a small group of reporters last evening that his State Visit left him convinced President Trump will withdraw from the nuclear deal with Iran, and that the U.S. president wants to create "a series of new Trump's deals":

Hours after addressing Congress — and after two dinners, a press conference and several meetings with Trump — Macron sat down with a dozen or so journalists on couches in the George Washington University student center.

Macron and Trump had such playful, touchy-feely interactions for cameras that a New York Times headline called it "Le Bromance."

Macron thinks Trump will get out of the Obama-era deal with Iran by a May 12 deadline "for domestic reasons":

When a columnist asked if Trump will have a "much more difficult time persuading North Korea to accept a deal if he does not honor the Iran deal," Macron replied:

Be smart ... Macron had this take on U.S. vacillation on international agreements, including the Iran deal and the Paris climate accord: "It can work [in] the short term, but it's very insane [in] the mid- to long-term."

Sen. Jon Tester of Montana, the top Democrat on the Veterans Affairs Committee, said Jackson was known as "the candy man" for dispensing drugs. Tester's staff circulated a "Summary of Allegations Against Admiral Jackson" that included "hostile work environment" and "drunkenness."

Why the White House held on so long:

Be smart: A U.S. senator is giving credence to these allegations. Tester has a tough reelection race in a red state, and may have some incentive not to cause problems for the administration. So the fact that he’s putting his reputation behind these claims is significant, though it certainly doesn’t prove they’re true. 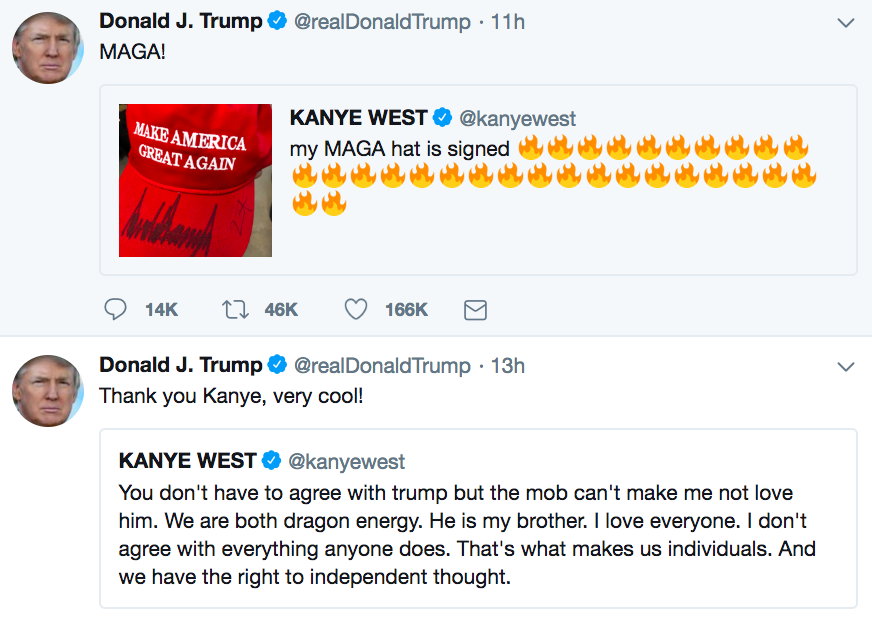 After rapper Kanye West tweeted support for President Trump and Trump tweeted back, an administration official told me:

A White House official added: "From Kanye's move, other boldness will flow." 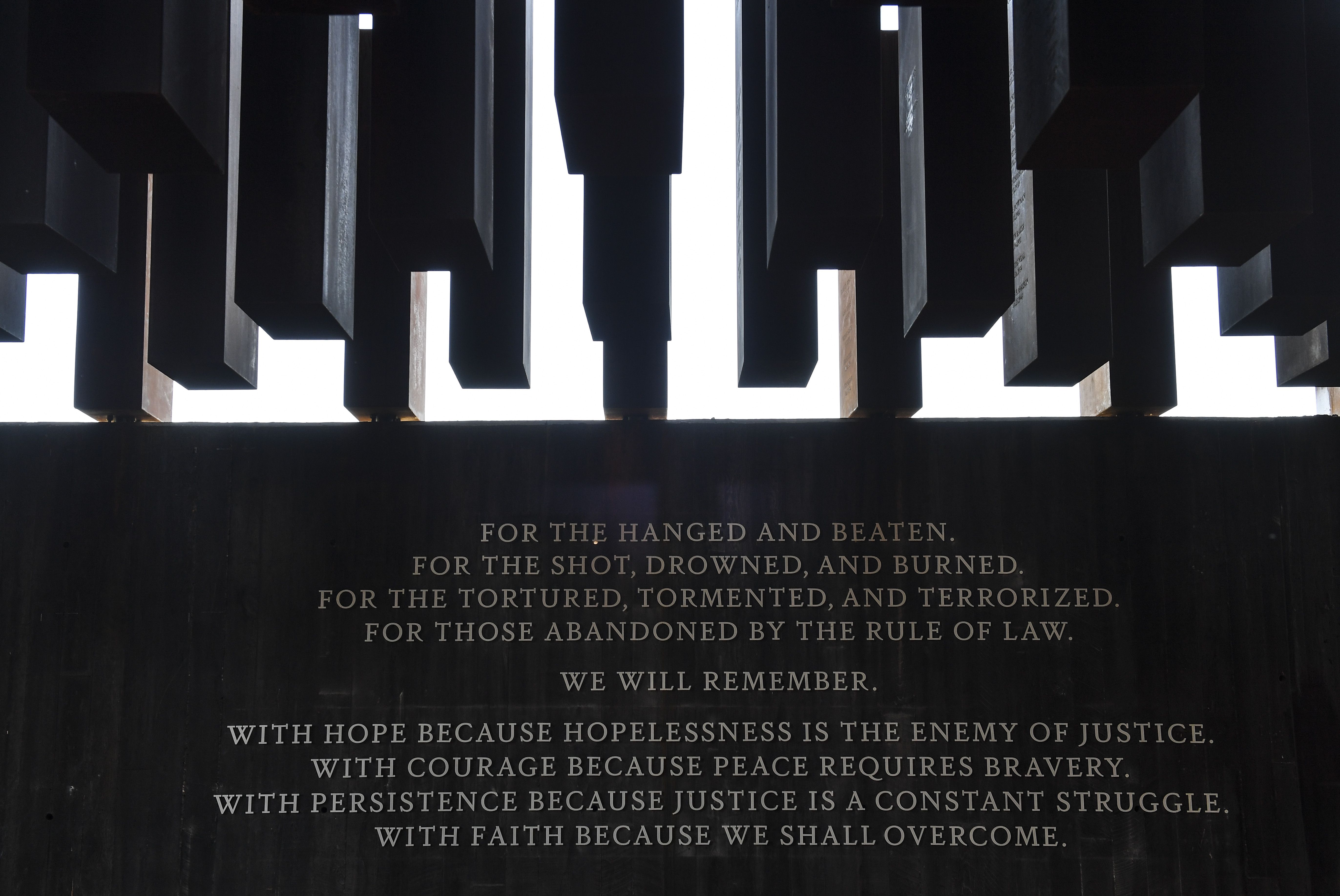 More than 800 corten steel monuments hang from the ceiling, each representing a U.S. county where a lynching took place. (Ricky Carioti/The Washington Post via Getty Images)

"Giving Voice To the Victims Of Racist Terror ... A Lynching Memorial Is Opening ... The National Memorial for Peace and Justice, opening [today] in Montgomery, Ala., is dedicated to victims of white supremacy" — N.Y. Times' Campbell Robertson: 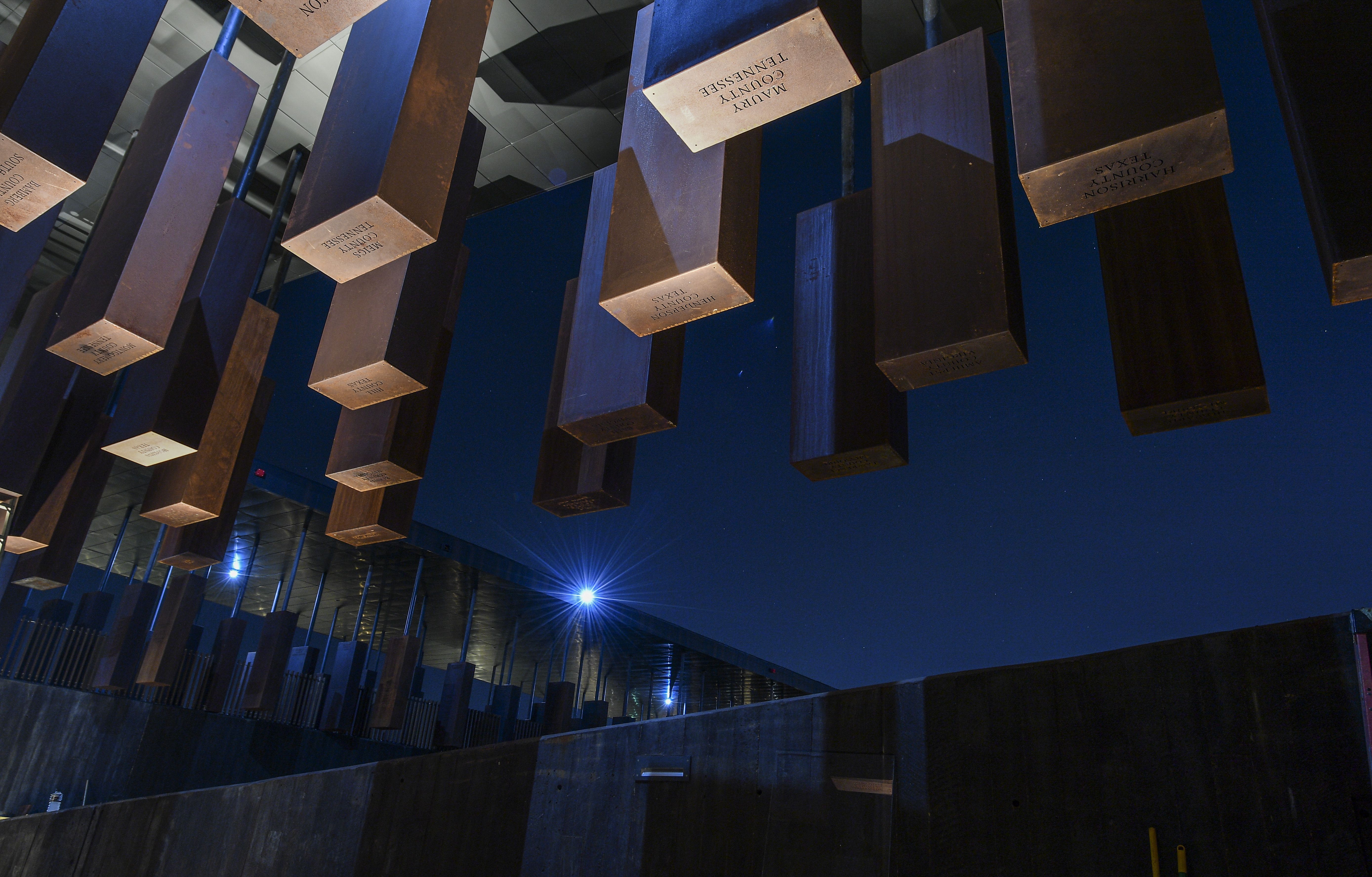 Names and dates of lynching victims are inscribed on each monument. More than 4,000 victims are honored. (Ricky Carioti/The Washington Post via Getty Images)

Democrats have a real shot at winning two of the three Senate seats where Republicans are most vulnerable in the midterm elections, according to a new Axios/SurveyMonkey poll.

Drill down, and you see other reasons for Rs to worry:

Facebook, despite years of outreach to conservatives, remains a punching bag for the right, Axios' David McCabe writes: 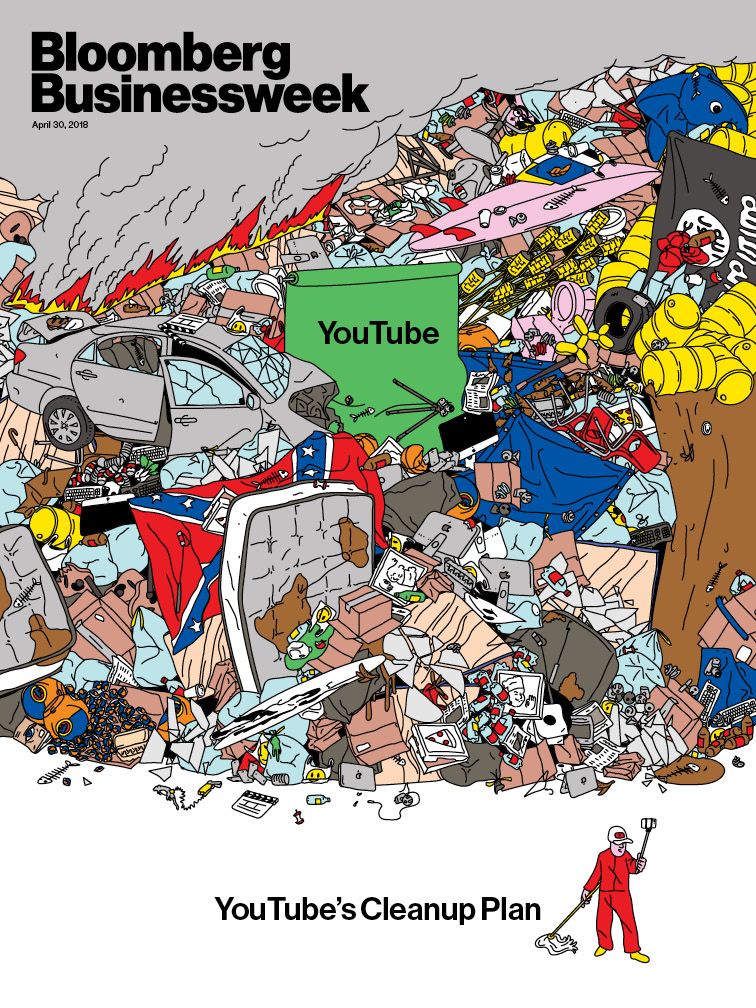 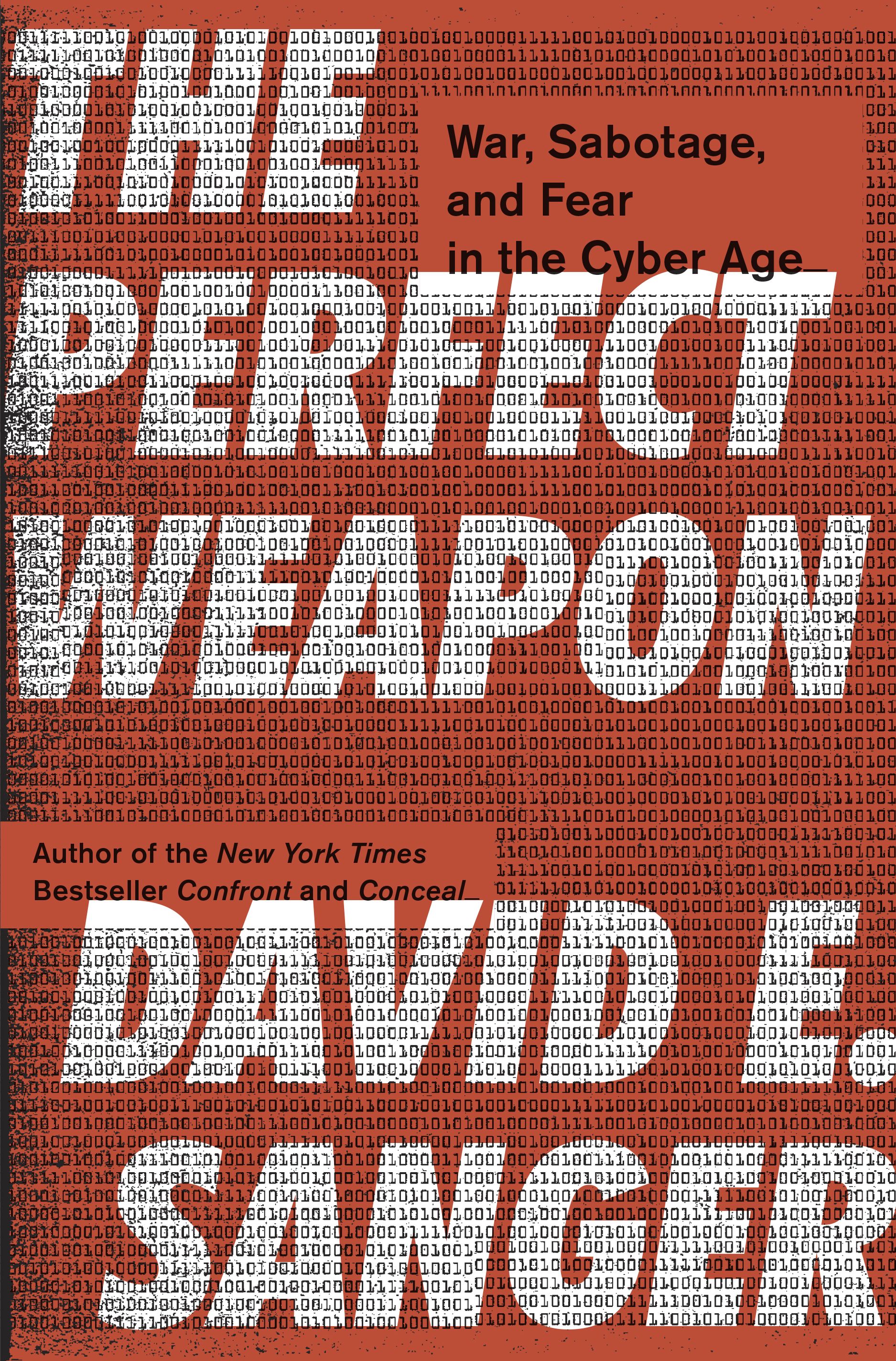 "The Perfect Weapon: War, Sabotage, and Fear in the Cyber Age," by David E. Sanger, national security correspondent for The New York Times, will be out June 19 from Crown:

"As a light rain trickled down Wednesday, Republican members of Congress returned to a baseball field where a gunman critically wounded teammate Rep. Steve Scalise and shattered their sense of security nearly a year ago," USA Today's Deborah Barfield Barry reports: 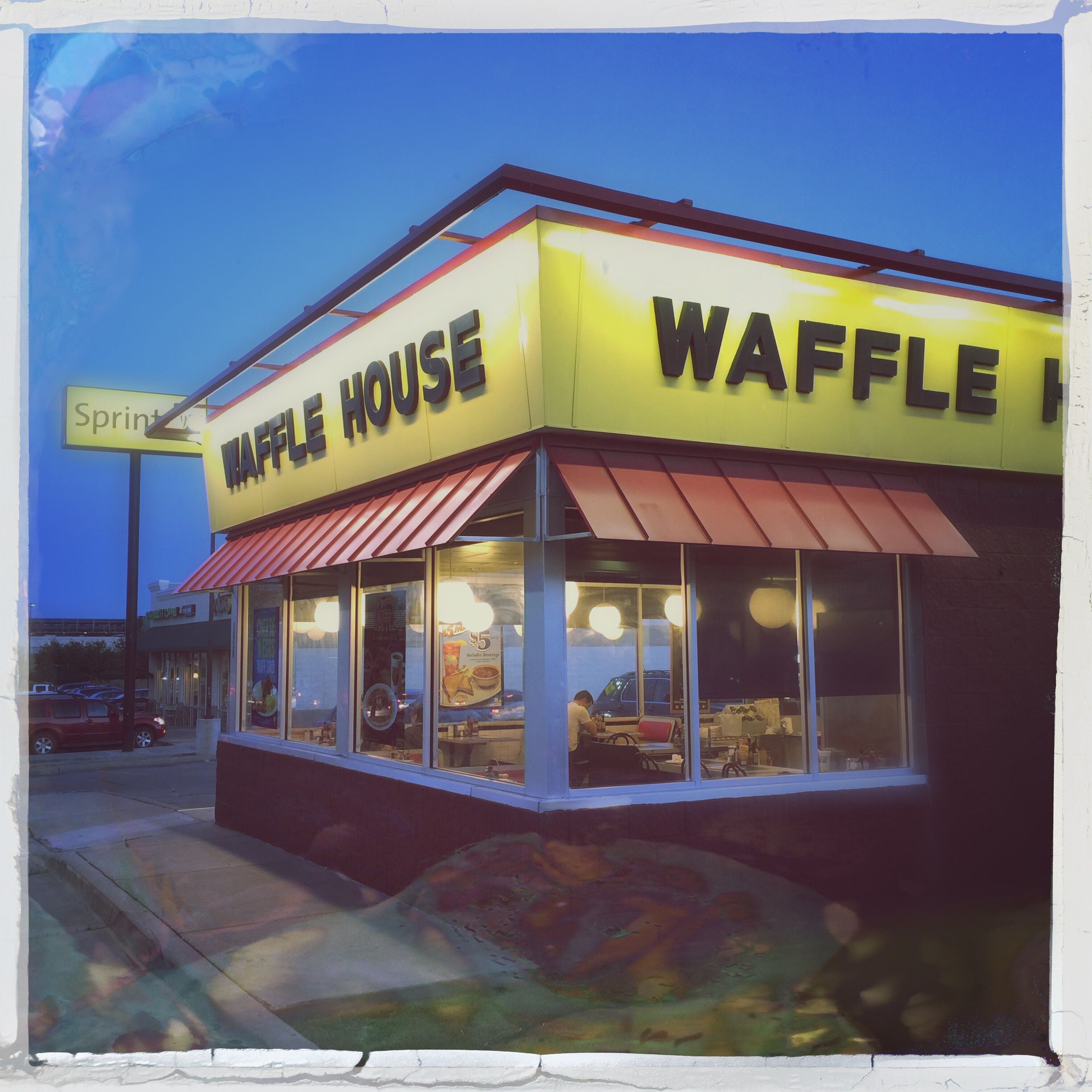 "Portrait of the South, Served Up One Waffle House Order at a Time" — N.Y. Times' Alan Blinder: