UN calls for “immediate investigation” into hacking of Bezos' phone

Trump meets with Apple's Cook and other tech execs in Davos

Sluggish sales throw the future of electric vehicles into uncertainty

Investors are getting bullish on Germany's economy

Coronavirus scare could hurt stocks, oil and everything else

As Venezuela’s two presidents vie for the loyalty of the armed forces, the country's fate may seem to lie solely in the hands of the generals. But politicians are still writing the storyline, and if Nicolás Maduro and Juan Guaidó end up in a stalemate, the international community could open a new round of geopolitical jostling over how to resolve the crisis. 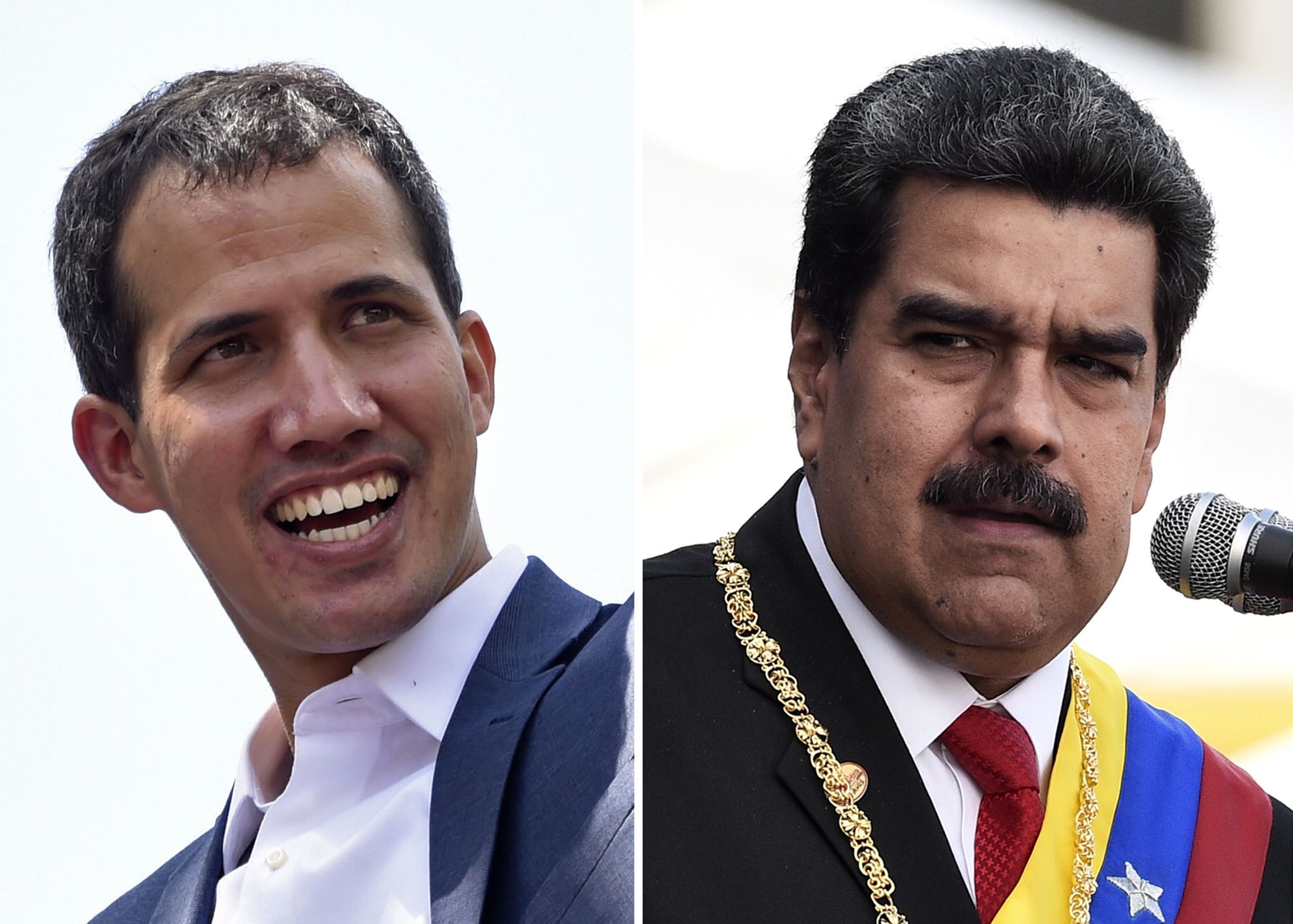 The big picture: The international community is not united. Since Vice President Pence declared that “Maduro must go,” it's been unclear whether the Trump administration remains open to a compromise that would keep the regime in place. President Trump recently floated military action, and with harsh new sanctions on Maduro’s state oil company, his administration has doubled down on economic coercion.

Where it stands: Maduro will look to secure material support from China and Russia, which have bankrolled his government but have grown increasingly anxious about his mismanagement of the economy.

What to watch: The next potential turning point could arise when the U.S. government looks to empower Guaidó via the delivery of humanitarian assistance, an offer Maduro flatly rejected. The donations will reportedly be delivered over the Colombia–Venezuela border. If Maduro lets the aid come in, he risks looking weak — giving Guaidó a victory that could further embolden the opposition — but avoids directly provoking the Trump administration.