Facebook on Tuesday introduced a new setting to let users view and control data from apps and websites that send Facebook information about user activity away from the app. Facebook is also giving users the ability to clear this information from their account if they choose to, something the company said it was working on doing last year.

Why it matters: The new tool is supposed to give users more control over how their data is shared, in light of revelations through news stories — primarily the Cambridge Analytica scandal — that other companies can access and share user data with Facebook.

Details: The new tool, called "Off-Facebook Activity" will roll out first internationally and then in the U.S. in coming months. It will allow users to not only erase their histories if they choose to, but also to disconnect future off-Facebook activity from their accounts moving forward. 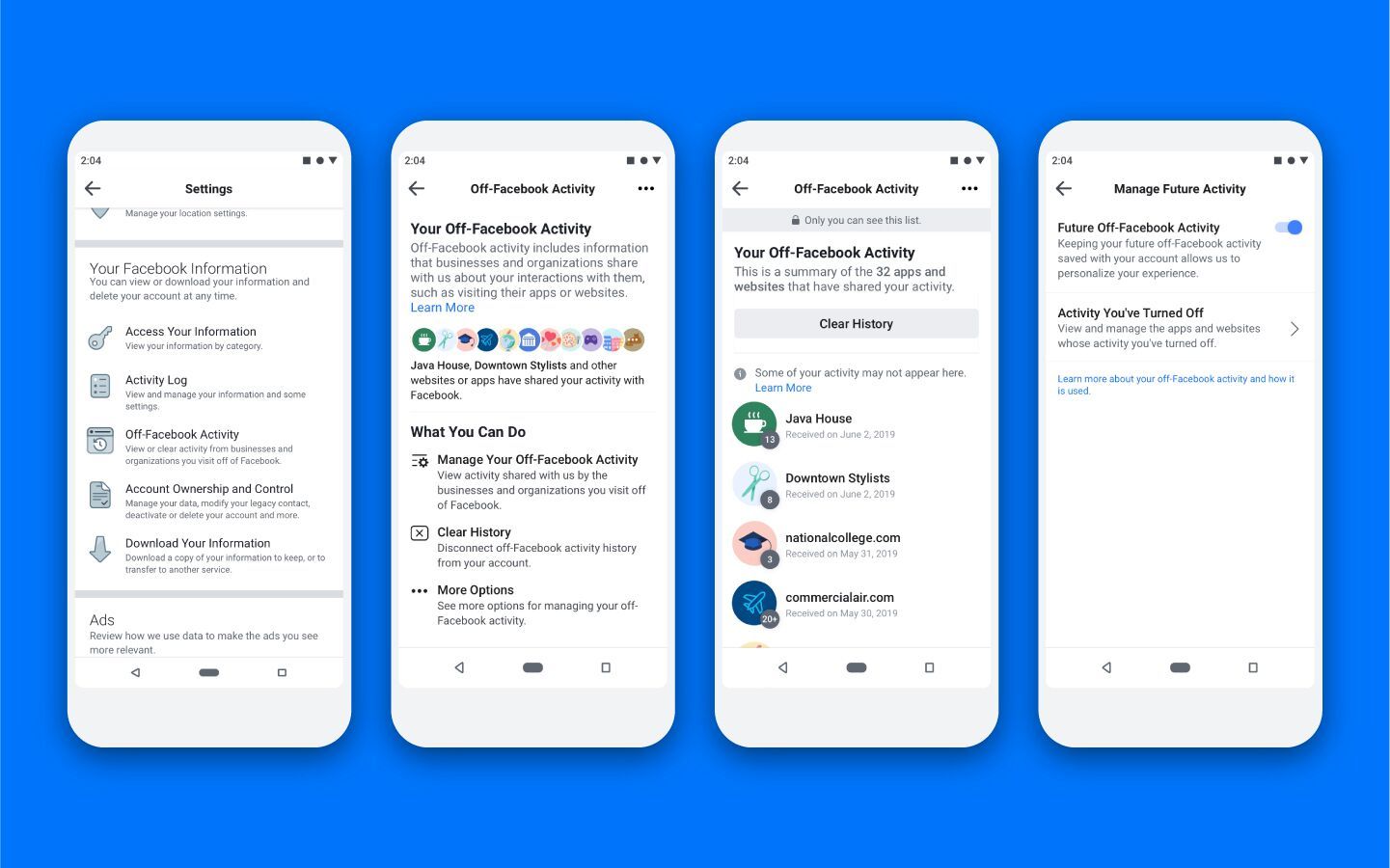 By the numbers: Facebook says that the average person with a smartphone has more than 80 apps and uses about 40 of them every month, which makes it difficult for people to keep track of who has their information and what they're using it for.

Be smart: The move will undoubtedly impact Facebook's business, as the company makes most of its money off of data-based advertising targeting. But the company says "it believe(s) giving people control over their data is more important."

The big picture: The rollout comes at a time when Facebook is under immense regulatory scrutiny. State attorneys general are reportedly preparing an antitrust probe into Big Tech companies, following a similar announcement from the Justice Department last month. Facebook said on its last earnings call that the Federal Trade Commission is also looking into its dominance.

The bottom line: The move is a positive step toward giving users more control over their data, but that doesn't mean the company is immune from future data privacy hiccups or scandals.