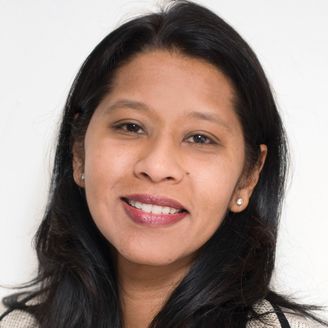 Saturday marks 30 years since the Berlin Wall came down, but even decades after reunification, more than half of former East Germans feel like second-class citizens and are increasingly expressing their frustrations at the ballot box.

Why it matters: The legacy of 1989 is the power of citizens to bring about change, but today faith in democracy is falling. Although Chancellor Angela Merkel is from the former east, voters there are rejecting mainstream political parties and turning in greater numbers to the far-right Alternative for Germany (AfD) party.

The big picture: The wall is not missed, and its demise was undoubtedly a geopolitical success for the West as it ushered in the post-Cold War period. Democracy had prevailed against communism in a peaceful revolution of "We are the people" protests — a motto that later turned into "We are one people."

Where it stands: The Berlin Wall has now been down longer than it was up, yet the five states in the former German Democratic Republic are still playing catch-up. Approximately $2 trillion in regional investment has given a face-lift to cities previously behind the Iron Curtain but disparities persist.

The impact: The AfD is now present in all of Germany’s 16 state legislatures but has found its stronghold in the former east.

The bottom line: On the surface it may seem difficult to differentiate Germans once tagged as either Wessis or Ossis, but differences remain. The former east's far-right swing could now make it harder to spur the political and financial changes needed to close the gap.

The results of two state elections in the former East Germany on Sunday cast a troublesome picture for the region — confirming fatigue with Chancellor Angela Merkel’s Grand Coalition government in Berlin and signaling further political fragmentation.

The big picture: Both major parties — the center-right Christian Democrats (CDU) and the center-left Social Democrats (SPD) — lost voters but managed to hold the line against the far-right, xenophobic Alternative for Germany (AfD) party. They will now seek to form a majority and build a coalition with parties other than the AfD, making the right-wing populists the largest opposition party in Brandenburg and Saxony.

Details: Since German reunification in 1990, the CDU has led the state of Saxony while the SPD has reigned in Brandenburg. Each party eked out a victory in its respective stronghold, of 32% and 26%, thanks to strong retail politicking by local candidates.

Where it stands: The AfD's ascendance is bringing together unexpected political bedfellows.

Between the lines: The AfD was on the wane until the 2015 migration crisis paved its way into the federal Parliament in 2017 with 12.6% of the vote. It has hit a ceiling of 14% nationwide, but Sunday’s strong results show the AfD to be a major party in the former East.

Where it stands: Although Merkel’s coalition partners, the Social Democrats (SPD), are in free fall, her popularity has helped the political center hold in Germany much better than in other EU countries. But now the contagion of populist forces and smaller parties that has overrun establishment parties across Europe is also threatening Merkel's Christian Democrats (CDU).

Details: The SPD's paltry 15.8% of the German vote in EU parliamentary elections on Sunday revealed it to be at an existential crossroads. But the CDU's decline in support offered its own wake-up call.

Between the lines: The combination of Germany’s strong economy, reduced migration flows, and the recent designation of Annegret Kramp-Karrenbauer to succeed Merkel as party leader wasn’t enough to bolster the CDU.

What to watch: Merkel still enjoys high approval ratings but could further polish her legacy by targeting the young voters who have flocked to the Greens.

The bottom line: The Greens could perhaps usurp the SPD to become the major center left party, but a viable CDU would ensure a role for the center right in the overall political landscape of Germany's parliamentary system — a goal the party still has time to pursue before the imminent post-Merkel era.