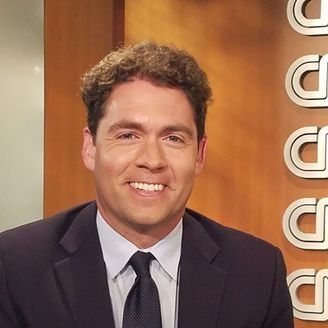 Newly inaugurated President Alberto Fernández seeks to pull Argentina out of its economic slump, but has yet to reveal how he will do so while balancing demands from vying political factions.

Why it matters: Fernández emerged as the latest standard bearer of the heterogenous Peronist movement after proving himself a deft political operator, but his approach to governance is just beginning to take shape. His rise marks a leftist resurgence that could redraw Latin America’s geopolitical map and create new tensions in U.S relations with the region.

Background: Historically a left-wing, trade union–based movement, Peronism underwent a market-friendly shift during Carlos Menem’s presidency (1989–1999) before swinging back to the left under Nestor Kirchner (2003–2007) and Cristina Kirchner (2007–2015). That evolution has yielded a party of starkly contrasting views on the economy.

Where it stands: Fernández has described Argentina's skidding economy as in "virtual default," despite a record $57 billion IMF bailout loan.

What to watch: Fernández appears to be calling for a standstill, hoping he can buy time to stimulate demand and brighten growth prospects while keeping the IMF and other investors at bay.

Between the lines: Argentina's economic policies could have an impact on ties with the U.S., the IMF's largest shareholder.

Fernández's victory marks resurgence of the left in Argentina

The big picture: Fernández garnered a comfortable 8-point margin, though fell short of the landslide Macri supporters feared after their 15-point deficit in the Aug. 11 primary. Fernández's victory marks the left’s return to power in Latin America’s third-largest economy, as well as the reascendance of former President Cristina Fernández de Kirchner, who will serve as vice president.

Where it stands: Fernández's coalition of Peronists and independent factions will have a majority in the Senate. It will be either the largest or second-largest force in the lower House of Congress, depending on the opposition's coalition.

Between the lines: Fernández has carved out a reputation as a pragmatic negotiator. His skills will be tested as he sets out to define his authority and divide Cabinet posts in a way that satisfies Kirchner, who remains a key power broker in the Peronist coalition and commands strong support from the party's left-wing hardliners.

What to watch: Fernández may make notable departures from Macri's foreign policy. His first foreign trip will reportedly take him to Mexico, where the Andrés Manuel López Obrador administration has taken a neutral, non-interventionist approach to the Venezuela crisis while working with the Trump administration on matters of bilateral strategic interest.

The big picture: The Supreme Court's controversial decision to let Morales run for another term set a disillusioned backdrop for Sunday's vote, following a 2016 citizen's referendum that had disapproved of the rule change. Polling suggests a runoff could boost Mesa's chances, making Bolivian voters who already harbor doubts about the transparency of the electoral system even less likely to accept a first-round Morales victory.

Where it stands: In a reversal from preliminary results announced on election night, with nearly 97% reporting, the electoral tribunal reported that Morales won 46.49% of the vote and Mesa won 37.01%.

Between the lines: Morales’s star was already fading, in the wake of corruption scandals, leadership fatigue and economic anxiety.

What to watch: Morales has pledged to respect the result, while accusing the opposition of mounting a coup. If he prevails, he could still end up with a smaller majority in the legislature and may feel pressed to tighten his grip on power in order to enact his agenda.