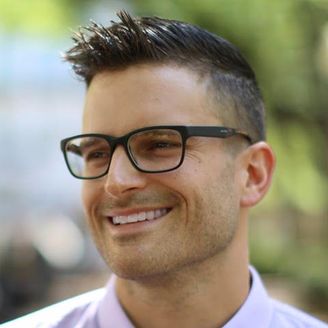 Summer price spikes are a feature of Texas' power market, not a bug

The big picture: ERCOT, the grid operator for most of Texas, operates an “energy-only” market that pays power plants only when they produce energy, and not merely for being available to do so. Many ERCOT plants thus rely on high-priced scarcity events to stay profitable in the otherwise low-cost grid, where prices are kept down by cheap natural gas prices and, to a lesser extent, renewables.

How it works: ERCOT boosts the wholesale market price when reserves are low, sending a market message that capacity is valuable. But this process has been criticized for not providing enough scarcity pricing to drive new investment across the electricity system.

Flashback: ERCOT has seen this situation before. For the past two summers, its grid has had a lower reserve margin (power plant capacity beyond projected peak demand) than is considered economically optimal (8.6% this year vs. 10.25% optimal).

Where it stands: The grid has so far survived summer with no real damage, and the weather forecast promises near-term relief.

What they're saying: Some groups have tried to attribute higher prices to changes in Texas' electricity mix — including greater reliance on wind power, which this year could surpass coal in the #2 energy generation spot, behind natural gas.

The bottom line: Texas' energy-only market is still a relatively new concept. Some refinements may be needed, but the recent high electricity prices are a feature of the system, not a bug.

Joshua Rhodes is a senior energy system modeler and analyst at Vibrant Clean Energy and a research associate in the Webber Energy Group and the Energy Institute at the University of Texas at Austin, where he has served as the principal investigator of an ERCOT–sponsored research project.

Facing more than $30 billion in potential liability claims for wildfires sparked by its electric system, Pacific Gas and Electric (PG&E), the largest utility in California, plans to file for bankruptcy by the end of the month. Consumers' lights will stay on regardless of what happens in court, but the future of California’s energy policy might be a bit dimmer.

Why it matters: To meet California’s ambitious climate goals, PG&E has entered into dozens of power purchase agreements (PPAs) with wind and solar farms, for thousands of megawatts, all over the West Coast. If PG&E enters into bankruptcy court, it might not have to pay those contracts, some of which extend past 2040, in full. While that might help PG&E’s balance sheets, it could hurt renewable suppliers that own the assets.

Background: Wind and solar project developers usually are required to have a PPA in place before they can obtain financing. These PPAs, usually contracts for differences — whereby project owners get paid a certain rate regardless of the market clearing price for electricity — are often long term and act as hedges against fluctuating wholesale electricity prices.

The bottom line: If an entity as large as PG&E cannot make good on 30-year contracts, lenders’ faith in such projects might be shaken. As a result, banks might offer developers worse terms on the financing of future projects, which could put upward pressure on future PPAs. On the other hand, if these contracts are able to survive, as they have in the past — and California still has its climate and energy goals on the books — they might still prove a good investment.

Despite the blue wave, the U.S. failed to pass its first carbon tax

One of the biggest losers this past election day was the carbon tax. Environmentalists hoped that Washington might become the first state in the country to pass such a tax through a ballot measure, but the proposal failed by nearly 13 points.

The big picture: The carbon tax, which would effectively increase the cost of producing, distributing or using fossil fuels, has emerged as a theoretically promising compromise to people on both sides of the aisle, as it would create a market-based incentive for companies to pursue aggressive action on climate change. But in practice — and even in a solidly Democratic state — the public appears unwilling to pay for it, at least in the iteration that was on the ballot in Washington.

Yes, but: There are many ways to enact a carbon tax, and it's possible a different version could pass.

Between the lines: The carbon fee and dividend would likely have sticking power, given that it already has something of a precedent: In the current fiscal system, the U.S. government taxes our income and then, if it takes too much, cuts us a check every April. Because people love the idea of getting a check in the mail, the program would likely gain popularity as soon as people got their first carbon dividend, as it did in Canada. But enacting such a scheme would still be an uphill battle.

The bottom line: The U.S. has managed to deploy low-carbon technology with sub-optimal market incentives, such as Renewable Portfolio Standards, federal R&D support and tax credits. Putting a price on carbon, however, remains, at least for now, out of reach.