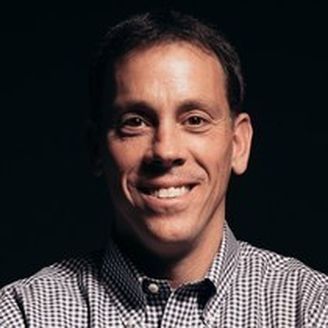 Democratic voters remain stubbornly divided on the top candidates in the four critical early states — and basically split in half between liberal and more centrist candidates.

Why it matters: A slew of new polls illuminates why many top Democrats think the 2020 race will be a long slog — and culminate with a fierce ideological battle between Sanders-style socialism and Biden-style tempered liberalism.

The latest: With three weeks until Caucus Day, Sanders leads the gold-standard Iowa Poll for the first time:

Other early states: In New Hampshire, a Monmouth University poll out Thursday had a statistical tie among Buttigieg, Biden, Sanders and Warren.

Our thought bubble: Biden and Sanders are the nominal frontrunners for the first states — and nationally among black voters, according to new Washington Post-Ipsos poll.

The Iranian regime has miscalculated in three disastrous ways, leaving the Supreme Leader in a weaker position than 11 days ago.

Our thought bubble: Trump is taking a lot of flak globally and from Democrats. But at this moment, the Iranian regime is doing most of the suffering.

Go deeper... What we know: Ukrainian Boeing 737 crashes in Tehran

President Trump suddenly faces two global crises in North Korea and Iran — via Iraq — both with the real possibility of U.S. military action, if not war.

Why it matters: Trump has benefited from relative peace abroad and prosperity at home. But these twin challenges will truly test his diplomatic mix of bluster and buddying up to bad guys on the world stage.

Iran-backed militiamen attacked the U.S. embassy in Baghdad, Iraq, Wednesday for the second day in a row. Marines guarding the embassy fired tear gas after the protesters lit a fire on the roof of the reception area, per AP.

"Little Rocket Man," North Korea's Kim Jong-un, is threatening to resume nuclear-missile testing, and said he'll soon introduce "a new strategic weapon" as the momentum of the past few years has stalled.

Don't forget: Russia said last week that it had deployed a hypersonic nuclear missile that President Vladimir Putin claims is in a class of its own, "fueling concerns of a new arms race with the U.S.," per Bloomberg.