Tanks on the 4th of July

For the first time since the U.S. defeated Iraq in the original Iraq War of 1991, two M1 Abrams tanks will roll through D.C. on Thursday as part of a military parade requested by President Trump.

Why it matters: "Pentagon officials have long been reluctant to parade tanks, missiles and other weapons through the nation’s capital like the authoritarian leaders of North Korea and China," NYT notes.

Driving the news: Local officials are concerned that the heavy vehicles (Abrams tanks can reach 70 tons) could damage local roads — especially around the National Mall.

Another point of concern: "The National Park Service is diverting nearly $2.5 million in entrance and recreation fees primarily intended to improve parks across the country to cover costs" of the parade, the Washington Post reports. 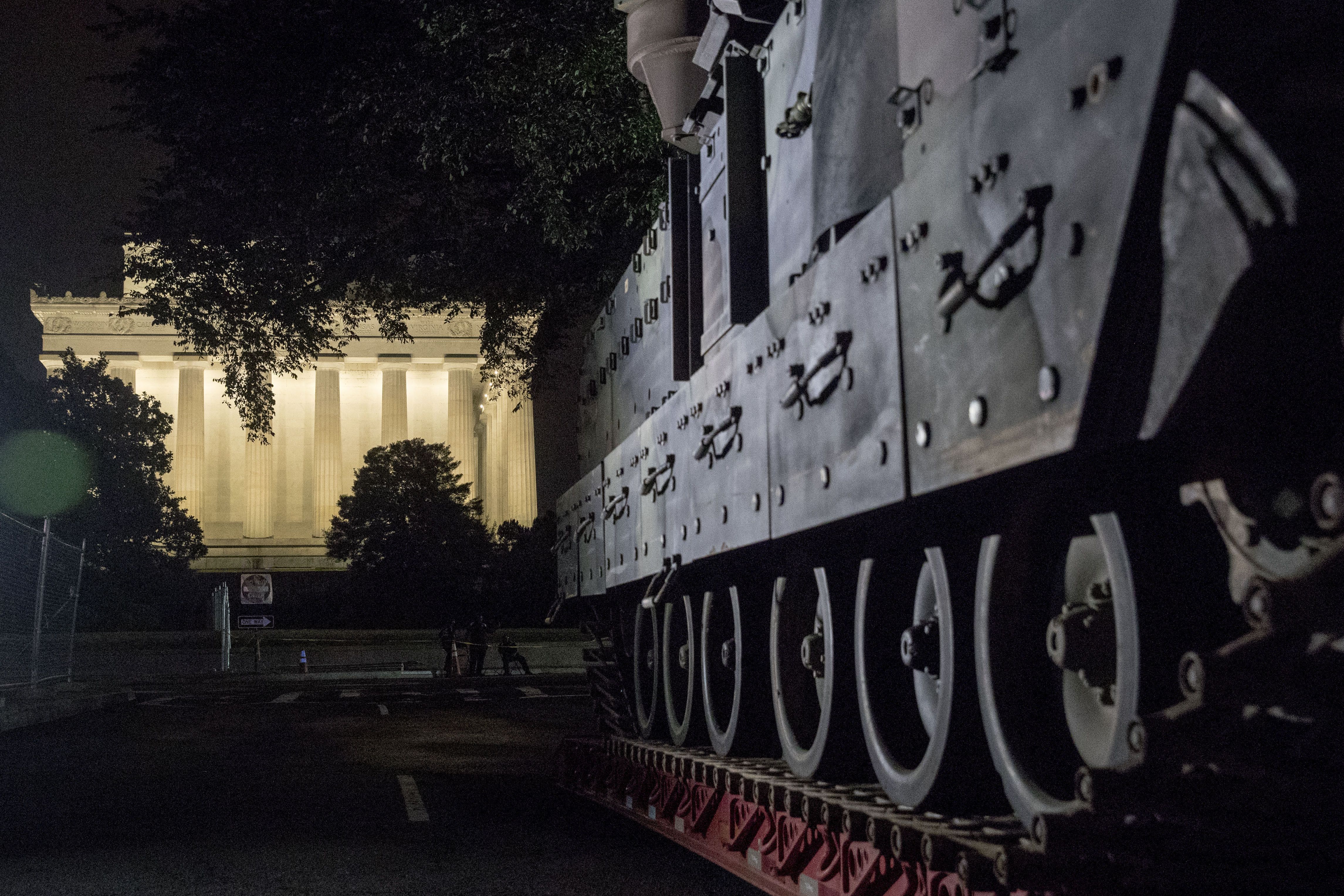 One of two Bradley Fighting Vehicles is parked next to the Lincoln Memorial. Photo: Andrew Harnik
Fourth of July