Democrats surf a wave of enthusiasm 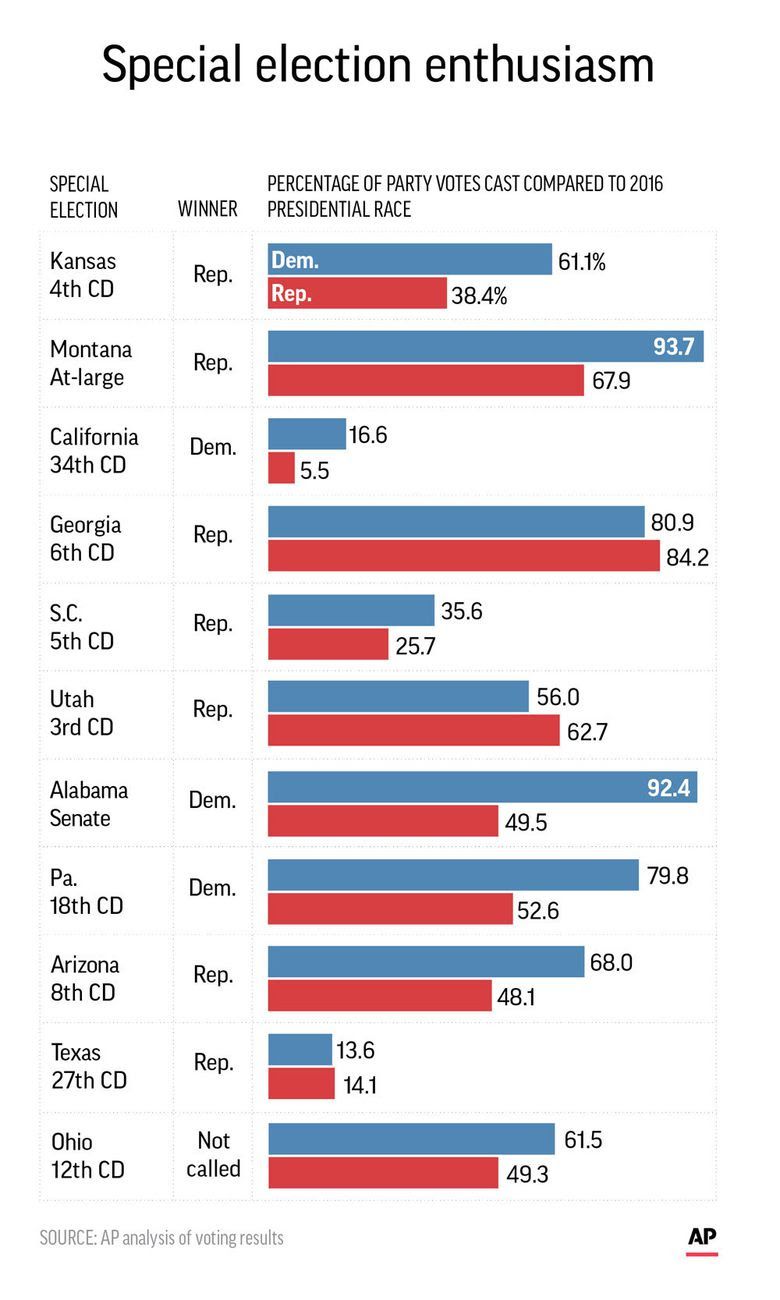 Beyond percentages, AP compared special-election raw vote totals to what Republicans and Democrats received from the same electorates in 2016.

In this week's U.S. House race in Ohio, Republican Troy Balderson's 101,500-plus votes amount to less than half of Trump's total in the district, and just 40% of what former Rep. Pat Tiberi received in his last re-election.