The problem with work

For the last several years, some of the world's leading thinkers have fretted over robots and artificial intelligence, with one particular worry — whether jobs across the U.S. and the rest of the advanced economies are going to be wiped out.

The big picture: As of now, no one truly knows what will happen, but everyone agrees on one point — that something is substantially broken when it comes to work. Most Americans have not received a real wage increase in decades, one-third of working-age people are not part of the labor force at all, and the education system seems divorced from the future economy.

So fraught has the subject become that radical solutions are now getting mainstream attention.

What's happening: President Trump won the 2016 election in large part by repositioning the Republican Party as the defender of rank-and-file workers in down-on-its-luck communities in Ohio, Michigan, Wisconsin and Pennsylvania. Trump had captured the zeitgeist that almost no one else could see.

But the evidence for a building problem was hiding in plain sight in the form of blighted cities, communities and states. The problem of future work had been outlined, too: In 2013, two young researchers at the Oxford University published a thundering study forecasting that 47% of future U.S. jobs could be automated in the coming decades. More recently, studies by McKinsey have said that a massive reskilling of workers can avoid that outcome. But other studies said that, while that may be right, there is no solution on the horizon for flat wages.

Now Oren Cass, Mitt Romney's former domestic policy adviser and a fellow at the Manhattan Institute, argues that the problem is so profound that it will only be solved by essentially throwing out the long-standing economic policies of both parties.

His new book, "The Once and Future Worker," rejects the usual explanations — that the problem is robots and automation. Rather, he says, public policy has pushed many workers away from physical labor, to which most are suited, and meanwhile taken whacks at the industrial economy, including extraction industries, that might employ these workers.

Cass told me that the entire economic system should be reordered away from a worship of greater GDP and toward wage growth, higher participation of workers in the labor force and a higher savings rate. The focus of policy should not be on supporting college for everyone, but on skills education. "What we want for society is more than just a larger economic pie," he says.

The bottom line: The problems and the solutions that Cass proposes are neither Republican nor Democratic. The strength of the book is in striking a much-needed challenge to business as usual. But Cass is conspicuously attempting to give an intellectual foundation to Trump's off-the-cuff policymaking and to influence White House policy and 2020 candidates. In that sense, his book is a political screed. But he is asking the right questions and proposing what is probably needed — an upside-down change to economic policy. 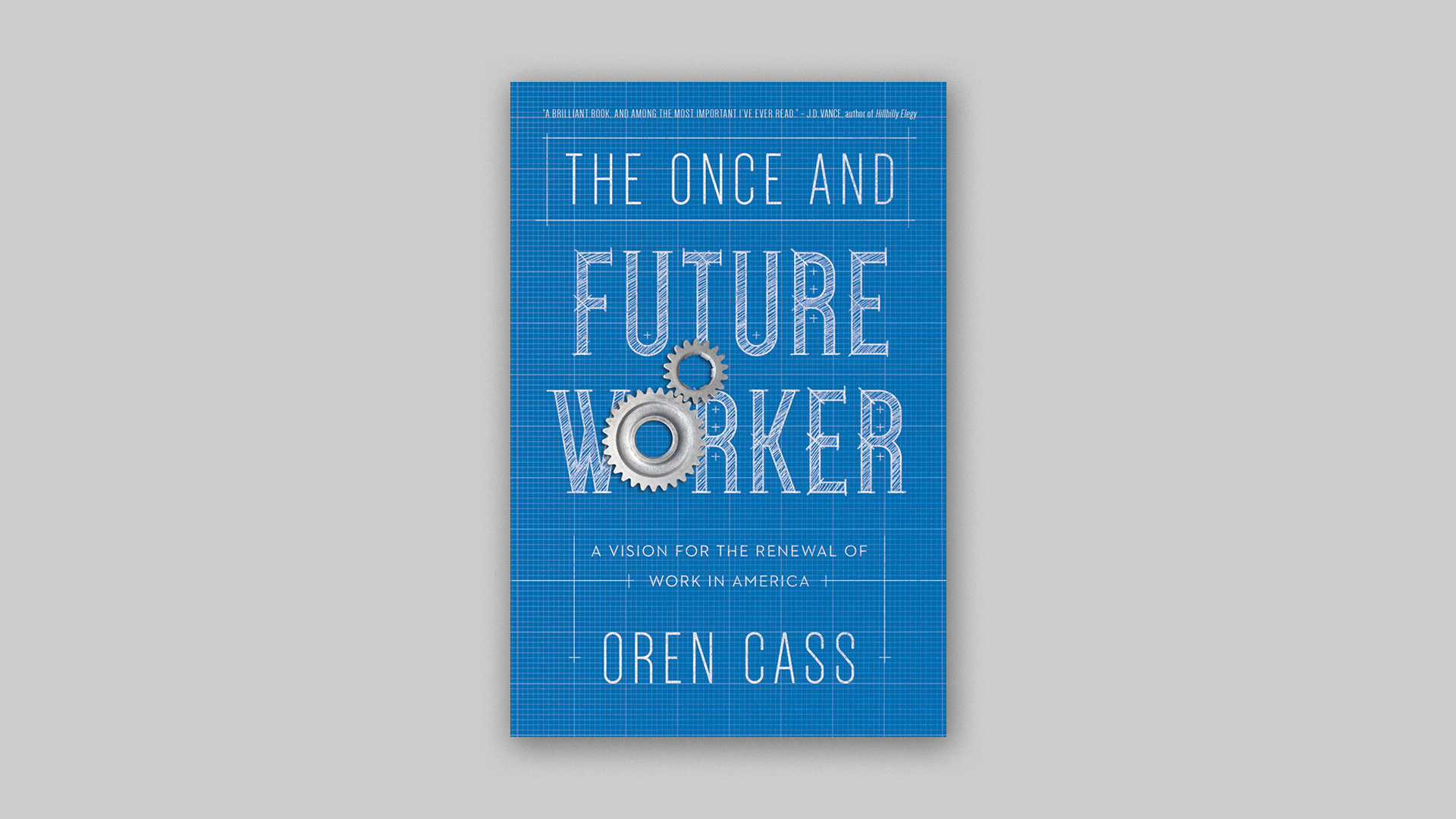