🎉 Happy Friday! Congratulations on making it through another week on planet Earth.

Daniel Cormier will defend his heavyweight title in the UFC 241 headliner event tomorrow night in Anaheim, California, on ESPN+ PPV (starts at $59.99).

Why it matters: This could be the final fight of Cormier's storied career, as he has long stated that retirement would come in 2019 at age 40. There have also been rumblings that, should Cormier win, a third and final fight against his longtime rival Jon Jones could be next.

What he's saying: I spoke with Cormier ahead of tomorrow night's fight. There was a calm about him, and I could sense that he had that late-career clarity that every athlete craves — a heightened ability to live in the moment, all while still performing at the highest level.

"I'm just staying focused on what's in front of me right now, taking everything one day at a time. I try not to look at retirement as something that's definite, and I don't want to put an absolute on one fight — that just adds stress and worry."

How has your perspective changed from the start of your career to now?

"I think when you're younger, you're speeding through everything and you don't really take time to appreciate the journey. Now, I always try to take a breath and enjoy everything that's happening around me."

"The six years in my career that were prior to holding a UFC championship, I think today I would have taken more time to enjoy the process as opposed to trying to race to the finish line."

Why should people tune in tomorrow?

"When you get to experience MMA at its highest level, it can truly be beautiful to watch. Stipe and I both have good boxing and wrestling ability, so you can look forward to a stand up fight because it will be tough for either of us to take the other one down."

"This is going to be two guys over 240 pounds boxing with four ounce gloves. Who doesn't find that interesting? The knockout opportunities are going to be so vast, it's going to be crazy."

"Left-handers make up roughly 12% of the U.S. population, and the NFL has had a defining lefty quarterback in each modern era. Ken Stabler, Boomer Esiason, Steve Young, [Michael] Vick," writes WashPost's Sam Fortier.

What's happening: One reason for the decline in left-handed QBs is that, while baseball prizes southpaws, football treats them like a burden.

P.S. ... Did you know that Alabama's Tua Tagovailoa, who many believe will be the next great left-handed QB, is not actually left-handed? He was born right-handed but his father switched him.

This season, 20 players under 25 years old have an OPS+ of at least 120, meaning their on-base percentage plus slugging percentage is 20% better than league average, Axios' Michael Sykes writes.

Why it matters: We haven't seen young sluggers make this big of an impact since 1970, when 21 players met the same criteria.

P.S. … Are you a data nerd? We partnered with Sports Reference on this story, and they have their own stats-centric newsletter. Check it out.

The bottom line: At his peak, Boogie was unstoppable. But his injury streak is making it harder and harder to envision him ever being that player again.

BONUS: ⚾️ Photo of the night 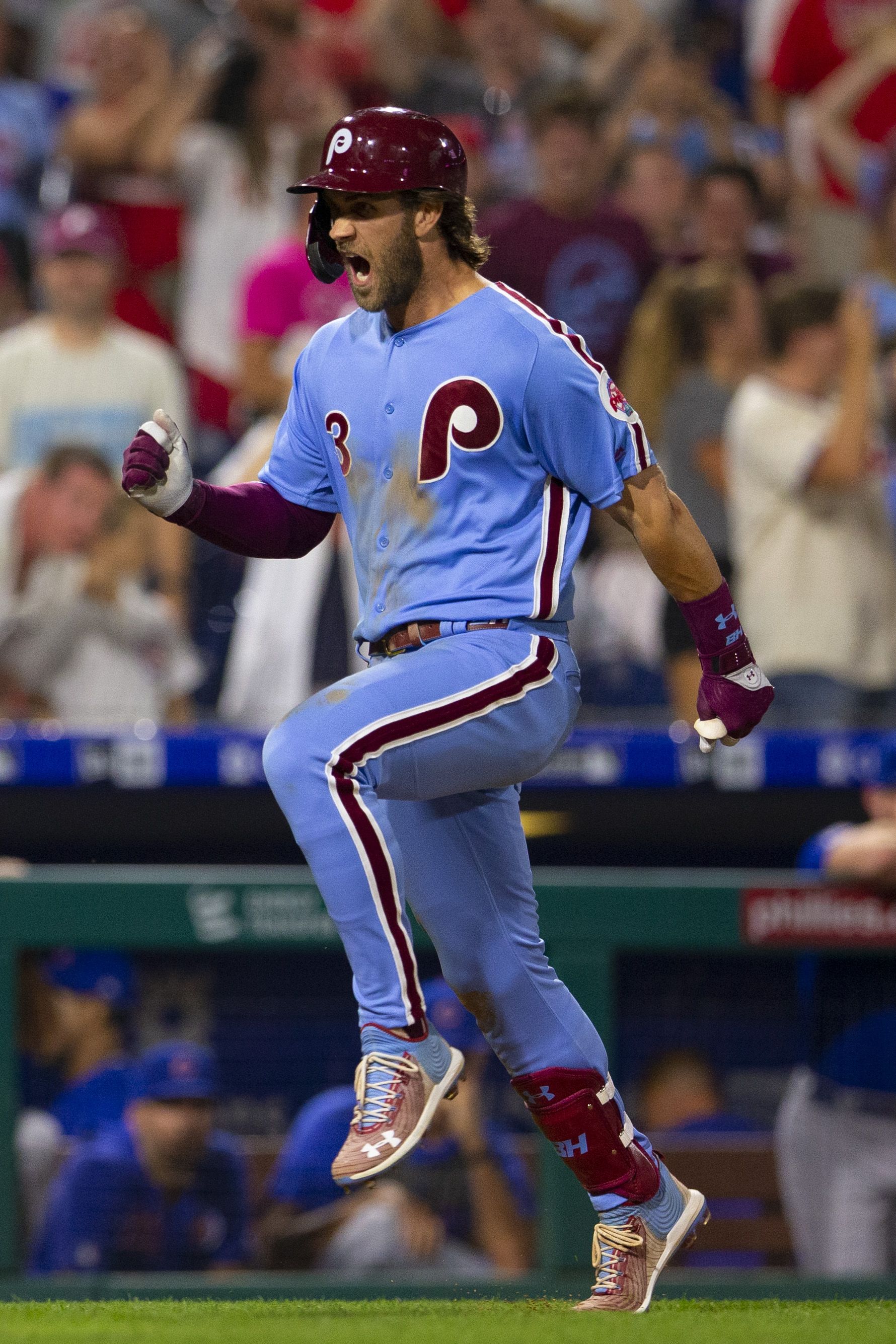 Bryce Harper has hit a lot of home runs in his day — 209, to be exact. I don't think he's ever been more pumped than he was last night after hitting a walk-off grand slam to beat the Cubs.

With about a month left in the regular season, here's a quick snapshot of where things stand in the WNBA. 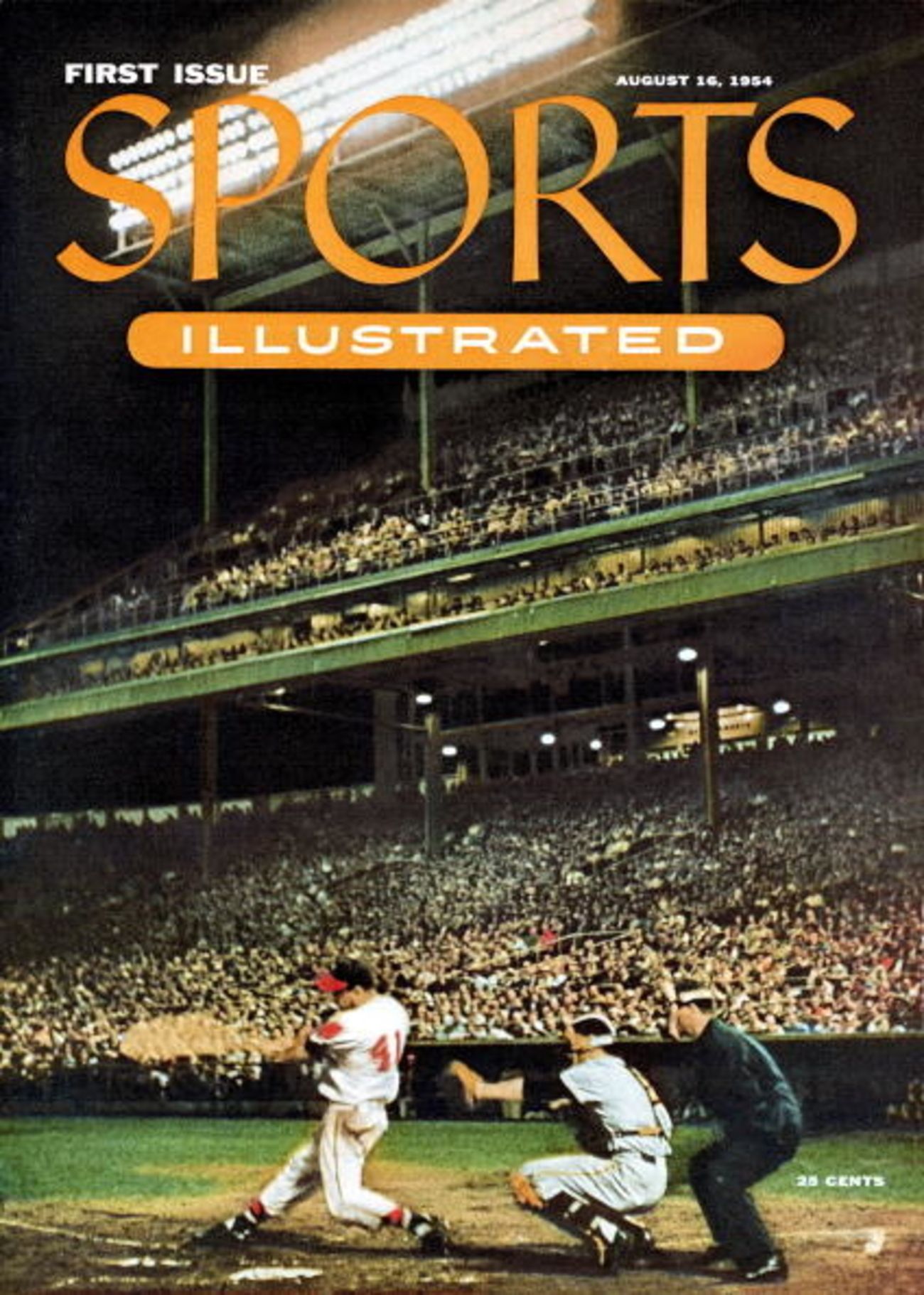 65 years ago today, Sports Illustrated hit the shelves for the first time. The cover featured the Braves' Eddie Mathews and the magazine cost a whopping 25 cents.

Stories of the day:

The Ringer's Zach Kram traveled to the World Wiffle Ball Championship to learn why adults across the country have turned a backyard kids' game into a competitive sport.

"The 300 or so players who make up the tournament field range in age from 7 to 60. … They range in team support, with some bringing large tents full of fans and others with sidelines as barren as the upper deck at Marlins Park."

"They range in baseball experience and preparatory intensity before games begin. Some teams hit towering home runs in batting practice; one team sits in the shade near the concession stand and shares a pre-tourney vape."

P.S. ... Kram's piece covers the more casual corner of the Wiffle Ball circuit. If you want to up the intensity, read this story about the New York-based league that has taken things to a completely different level. One guy throws 98 mph…