"First came a limit on mound visits. Then, shortened breaks between innings. Next year, pitchers will be forced to face at least three batters [to] reduce pitching changes, and some day, Major League Baseball may yet foist a pitch clock on its timeless game."

Driving the news: As the regular season nears its conclusion, MLB's pace of play initiatives — designed to speed up a sport that won't stop slowing down — "look more and more like acts of futility," writes USA Today's Gabe Lacques.

By the numbers: The average time of a 9-inning game is back up to 3 hours and 5 minutes, equaling the record-high from 2017.

More importantly, MLB hitters are seeing an average of 3.92 pitches per plate appearance this year, the highest mark in the 21 seasons the stat has been tracked.

Team U.S.-meh barely survived against Turkey in the first round of the FIBA Basketball World Cup in China — a friendly reminder that the mighty Americans are not so mighty this year. Which, in my opinion, makes this fun!!! Nothing easy!!!

What's happening: Group-stage games are happening as I write this, so these records will change by the time some of you read this. Sorry!!! Take it up with Sir Sandford Fleming, the inventor of time zones.

Top 30 NBA players: Over 50 current NBA players are expected to play in the tournament. Here are the top 30, ranked:

Go deeper: Giannis was held in check by Brazil's unique defensive strategy, but would it work in the NBA? (CBS Sports)

American women have dominated tennis for decades, with Serena Williams closing in on her record-tying 24th Grand Slam title and Madison Keys and Sloane Stephens joining her in the top 10 of the world rankings.

As for the men, not so much: Andy Roddick was the last American man to win a major title, and that happened in 2003 — the same year "Finding Nemo" came out and Carmelo Anthony led Syracuse to the national title. Think about that.

P.S. ... It's worth noting that this Grand Slam drought for U.S. men has occurred during a truly remarkable era for men's tennis.

The Top 25 went 23-0 against unranked teams in Week 1, leaving the rankings mostly unchanged.

Coming up: This weekend's slate features some intriguing ranked-on-ranked action.

⚽️ Rose Lavelle Is Not From Around Here (Haley O'Shaughnessy, The Ringer)

"She is the future of the [USWNT], she is the pride of Cincinnati, and she has become a minor phenomenon on social media. But Lavelle's game is anything but local. How did this Midwestern midfielder learn to play like she was from Barcelona?"

🏈 Everything Andrew Luck Was, Is And Will Be (Conor Orr, SI)

"Everyone knows Andrew Luck was one of the sport's most cerebral stars. But conversations with those who know him from endeavors off the field — authors, academics, architects — paint a fuller picture of a man who is, and always was, fascinated by many things outside the sport that made him famous."

"The story with Jeremy was always about race and identity. There just aren't many examples of Asian-Americans thriving in the four major North American sports, and so that was always a point of fascination. Asians showed up in droves because who else did we have?" 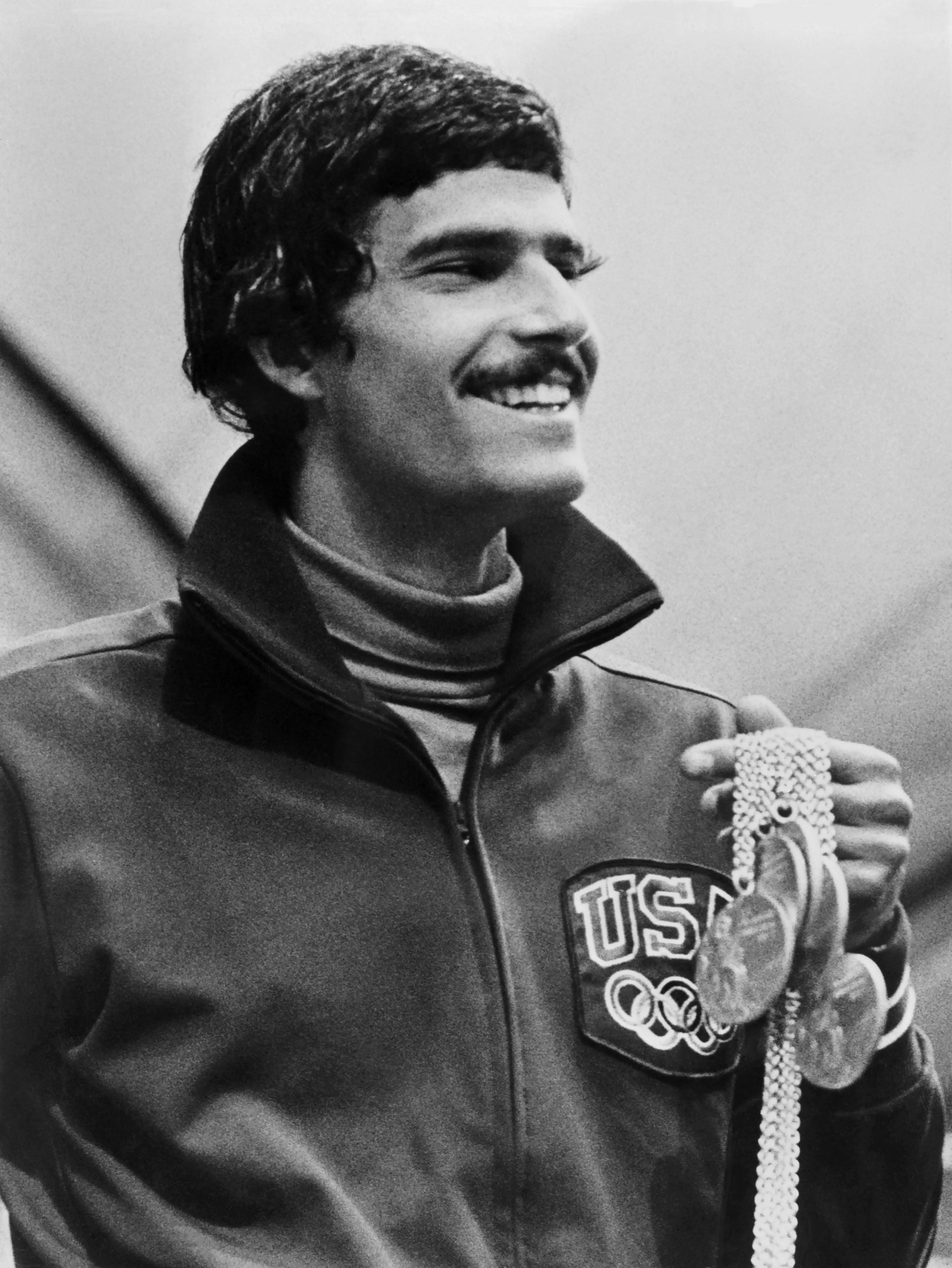 Mark Spitz with 5 of his 7 gold medals. Photo: AFP via Getty Images

47 years ago today, Mark Spitz became the first Olympian to win 7 gold medals in a single Olympics — and he won them all in world record time.

Between the lines: Despite setting world records in his first 6 events, the 22-year-old Spitz was hesitant to participate in his 7th and final race due to a fear of failure. (Athletes ... they're just like us.)

The big picture: Spitz's record stood for 36 years before fellow American Michael Phelps won 8 golds at the 2008 Olympics in Beijing.

34-year-old Christian Stucky recently won the national title in "schwingen," a style of folk wrestling native to Switzerland. His prize: A bull.

The setting: Stucky won the championship during "Schwingfest," a 3-day festival that doubles as the country's biggest sporting event. Athletes also competed in Hornussen, a quirky combination of golf and baseball that we covered in April. 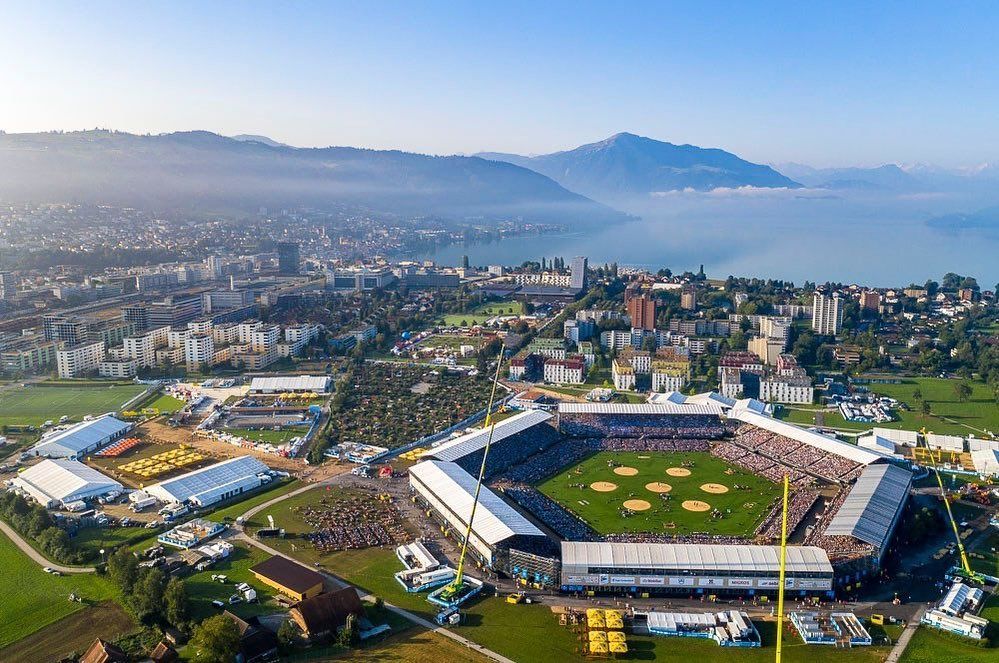 Ticket marketplace SeatGeek surveyed 3,200 NFL fans about their local stadium's atmosphere, food and bathrooms, then ranked them based on the results.