This site uses cookies to enhance your reading experience. By using this site, you consent to our use of cookies.Okay
Axios Sneak Peek
By Mike Allen

Howdy from Axios; hope you had a great Father's Day. Jonathan Swan was in a wedding this weekend, so he has given me the Sneak keys just for a day — I'll try not to mess it up. Complain to [email protected]. Tell your friends to Sneak onto our list free here.

1 big thing ... Fly on the wall: When POTUS goes off-script

President Trump stunned his staff back on March 29 when he said spontaneously during an infrastructure event in Ohio: “We’ll be coming out of Syria, like, very soon.”

Turns out there’s an incredible backstory, and Sneak Peek has it exclusively, pieced together by Swan and me.

We’re told by someone who heard the remarks directly that just before Trump took the podium at 2 p.m. at a union training site in Richfield, Ohio, there was this fascinating exchange back in the West Wing:

Why it matters: The exchange (which Kelly and Hagin denied through a White House aide, but which was recounted for us by an impeccable source) illustrates the challenges for the staff of a president who relishes going off-script.

One source close to the White House explains the dynamic:

The White House aide, denying such a conversation, said Trump's remarks that day were consistent with his previous statements about defeating ISIS — and that his non-traditional approach is part of his strength.

The House plans to vote on two immigration bills this week: one written by House Judiciary Chairman Bob Goodlatte and favored by conservatives, and a compromise bill with buy-in from both conservatives and moderates, Axios' Caitlin Owens reports:

Consider the Goodlatte bill dead — it’s never had the votes to pass. But conservatives are happy to get a vote on it.

What we’re watching: Congressional Republicans acknowledge that if both bills fail, something will still have to be done sooner rather than later to address immigrant children being separated from their parents.

3. A new way for D.C. to focus on America's poorest communities

An infrastructure bill to invest in America's poorest communities, introduced in the House last week, could be a template for bridging the gap between the extremes of the two parties, Axios' Alexi McCammond reports:

Kellyanne Conway, appearing with Chuck Todd on NBC's "Meet the Press" for the first time since the "alternative facts" interview in January 2017, took on the issue of the separation of children and their parents at the border:

5. What it was like to interview Trump in Singapore 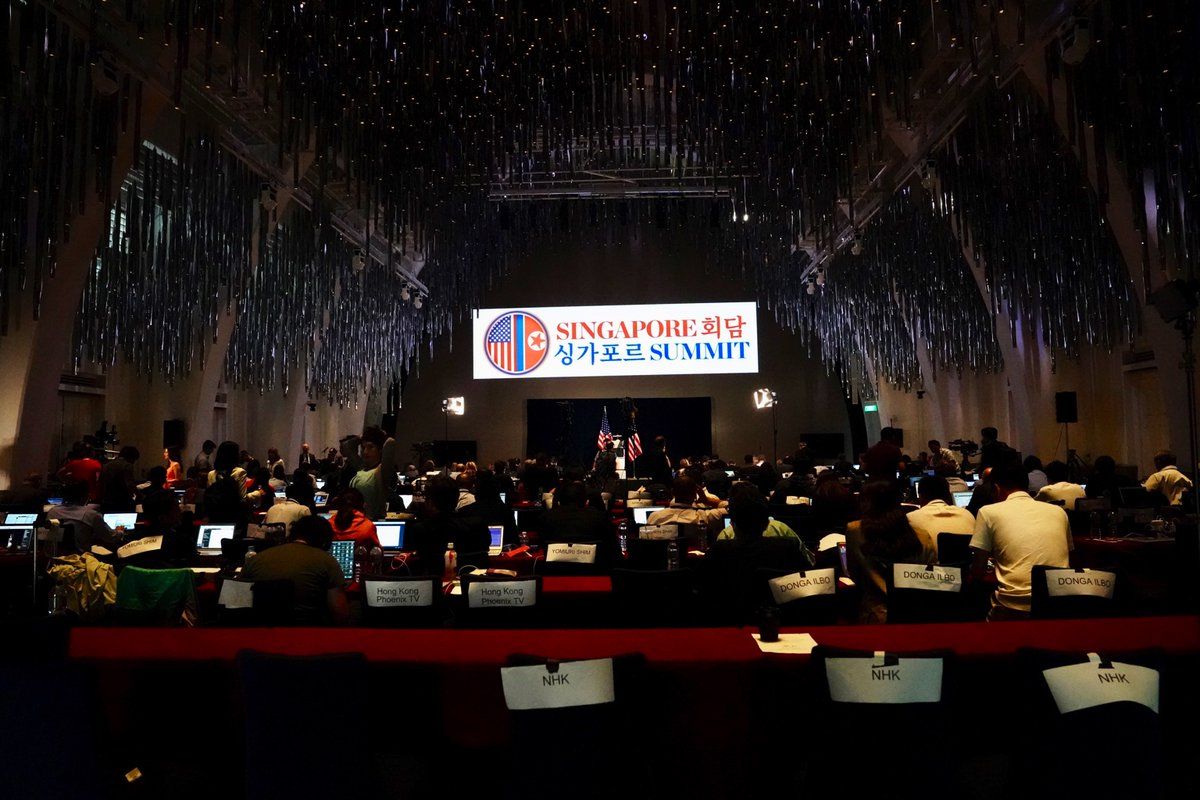 Greta Van Susteren, Voice of America contributor and host of a VOA show on foreign policy called “Plugged In with Greta Van Susteren” did an interview with President Trump in Singapore that was translated into 45 languages, including Korean (which reaches into North Korea) and Farsi (aired in full in Iran).

House ... In addition to the immigration votes:

7. 1 pic thing: What Trump saw on the North Lawn 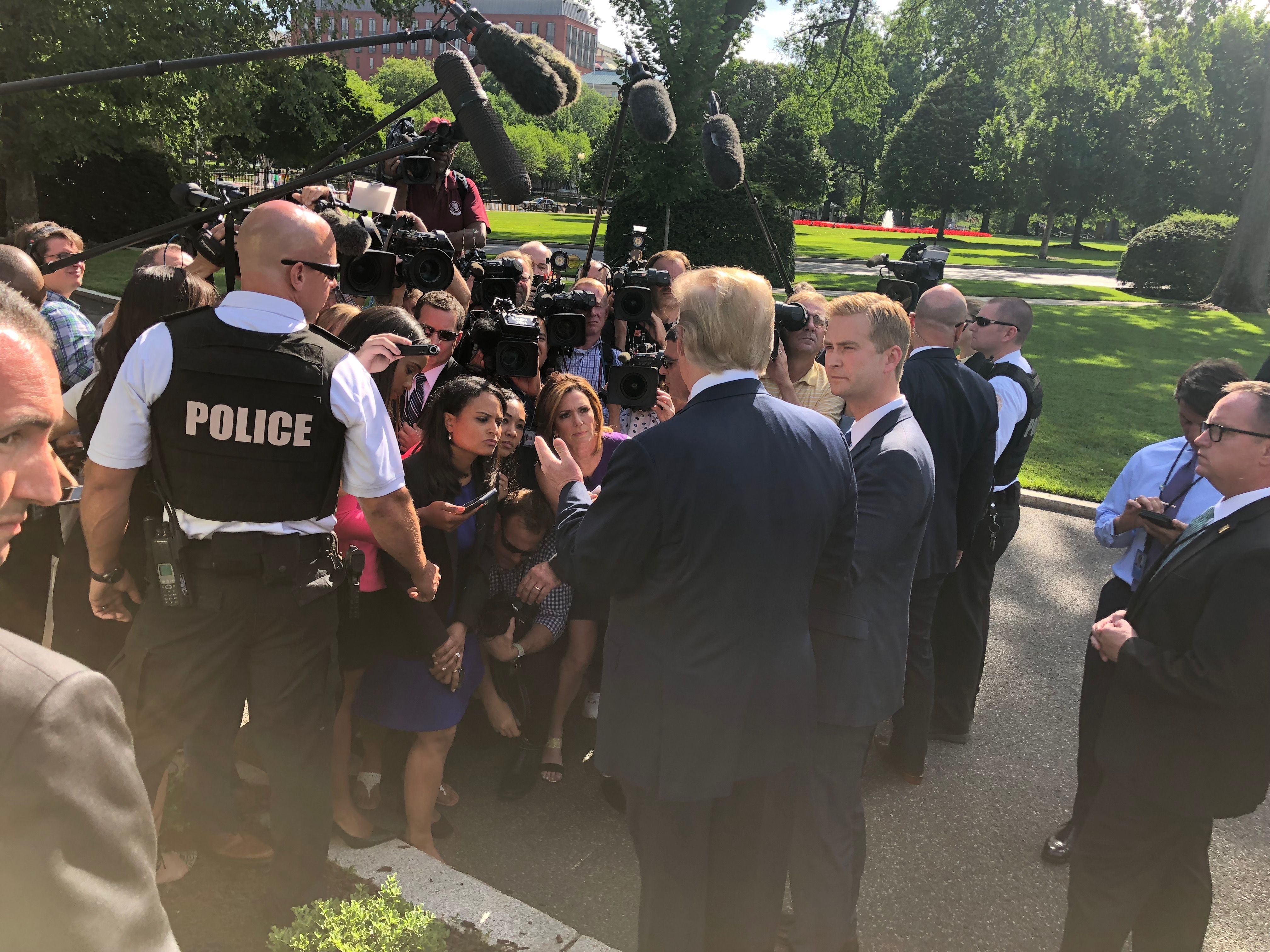 This is what President Trump saw during his 18-minute press gaggle near the networks' Pebble Beach camera positions. 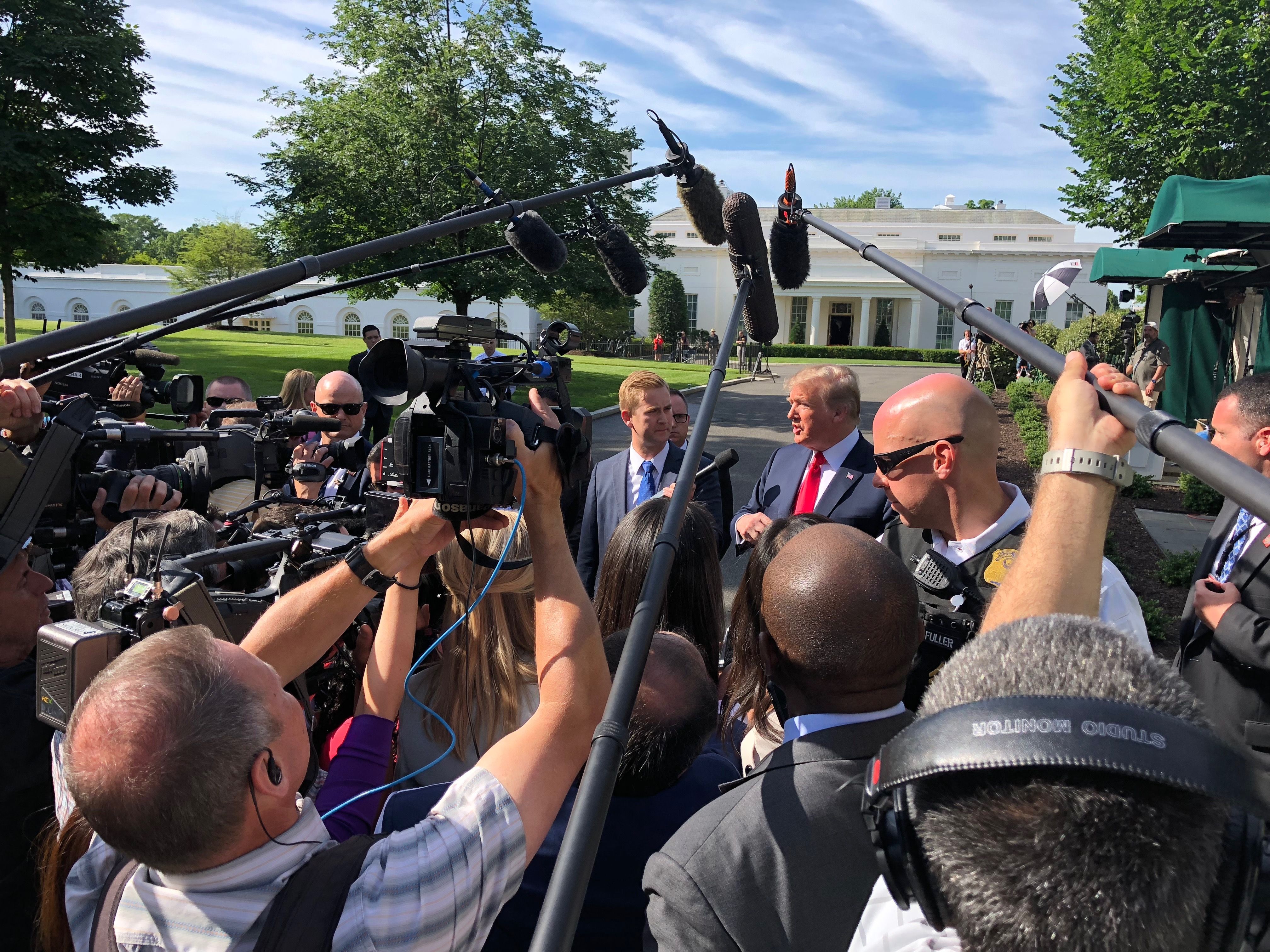 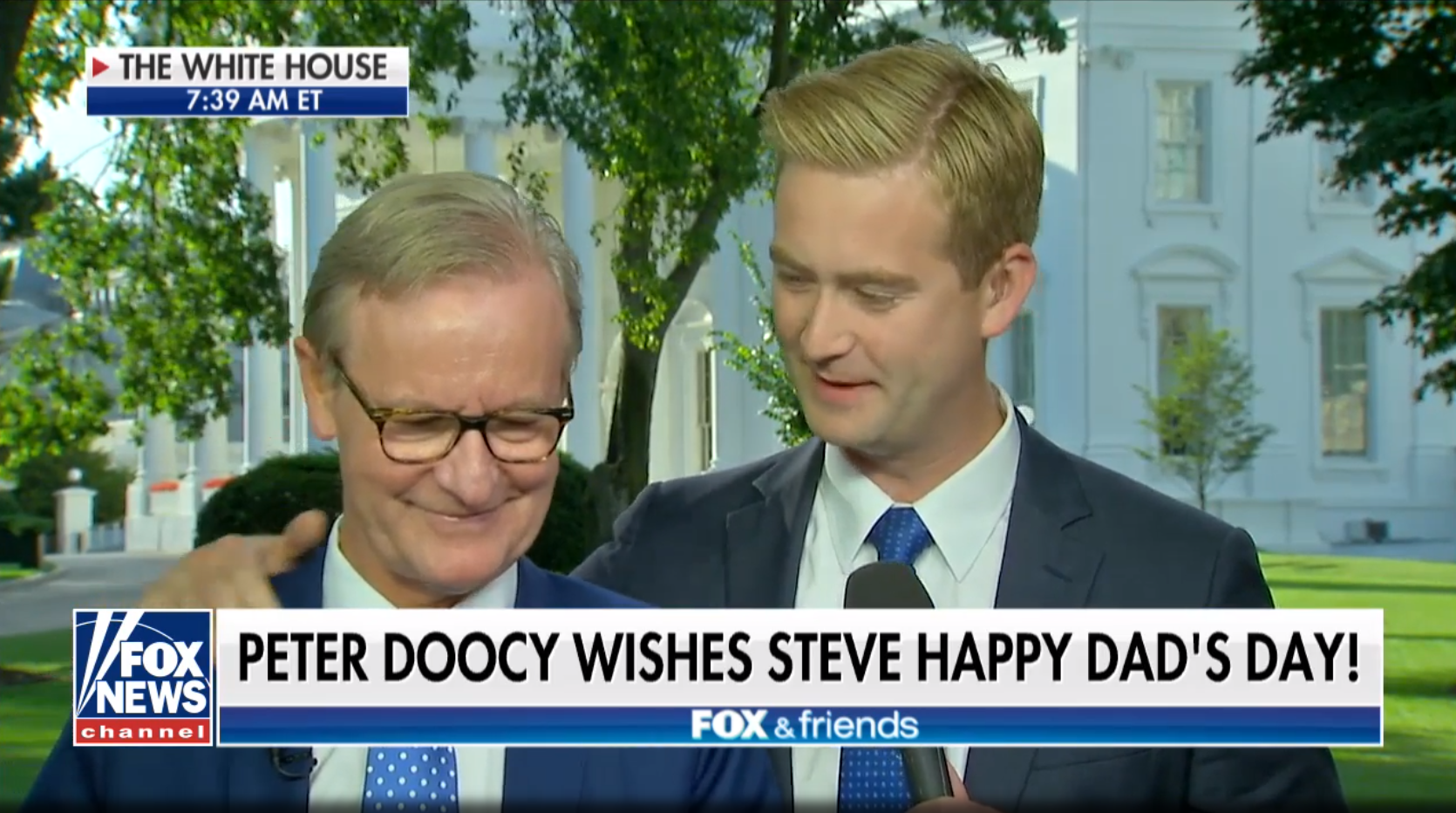 Thanks for reading despite Jonathan's absence. See you in the morning in Axios AM, and 24/7 in the Axios stream.