Good afternoon. The Christmas holiday is upon us, but PM will be running as usual next week. See you Monday.

1 big thing: The wall between them

We're hours from a partial shutdown over President Trump's demand for border wall funding, and Republicans have just a week to figure this out before Nancy Pelosi reclaims the speaker gavel.

Driving the news: Someone will have to cave, but Trump said today he is "totally prepared for a very long shutdown."

The big picture: "The shutdown, scheduled for midnight, would disrupt government operations and leave hundreds of thousands of federal workers furloughed or forced to work without pay just days before Christmas," the AP reports.

Between the lines: Trump has resumed his longtime campaign to get McConnell to abandon the filibuster. Don't expect this to happen, Axios' Caitlin Owens emails.

What's next: The Senate vote is going at a crawl because members have to fly back from their home states. (Hawaii's Brian Schatz flew 11 hours to Hawaii, then back, to vote no.) 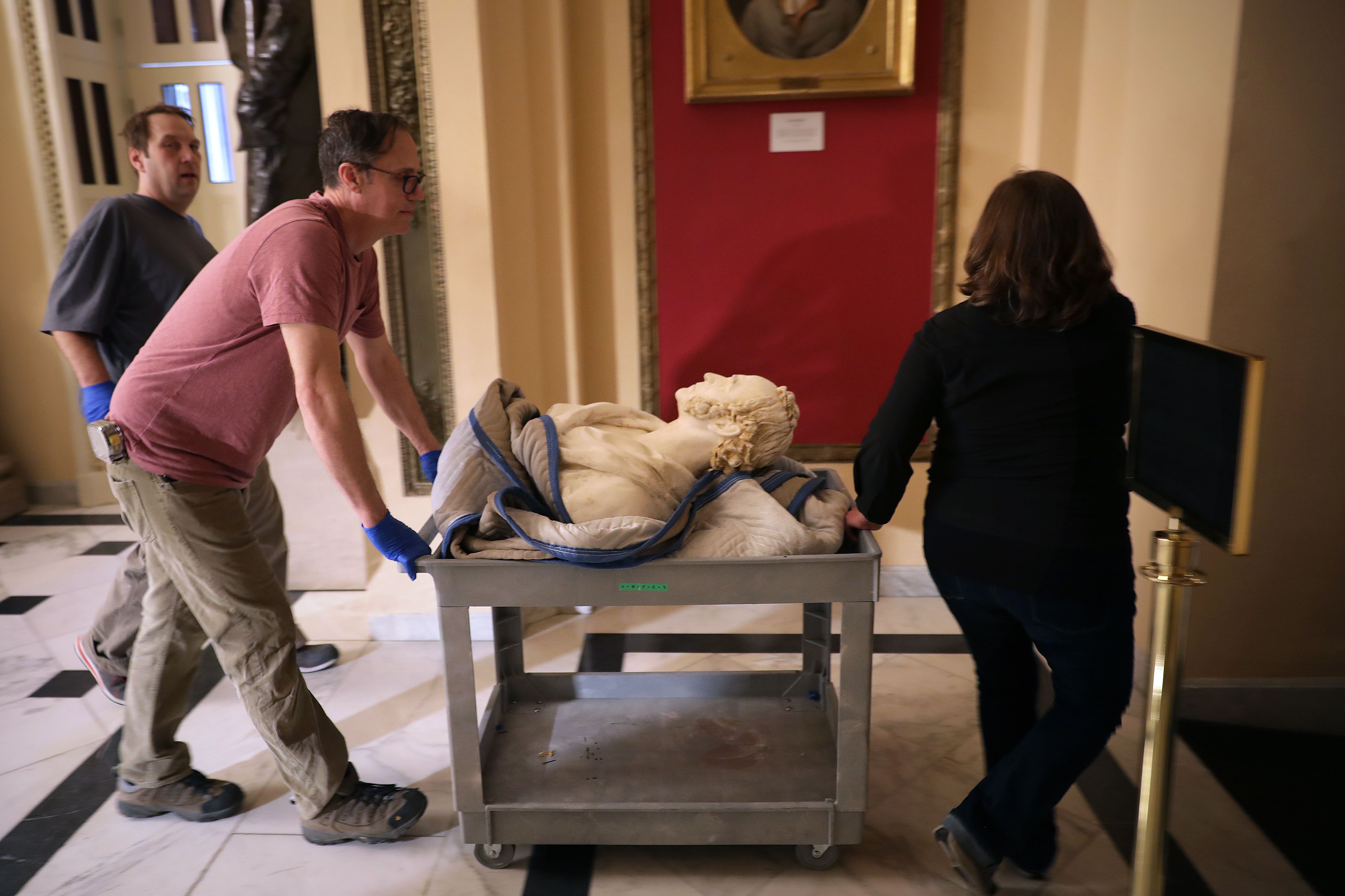 Conservators move a marble bust through the U.S. Capitol.

Legendary biblical translator Robert Alter has written a rival to the King James bible, the N.Y. Times reports. Among the changes rendered:

Relax on the couch and enjoy.