Good morning from Italy! I'm here wrapping up a trip running in the Dolomite mountains (a runcation, if you will). Stay tuned until the end of Generate for an energy-related photo from my trip. Now let's dive into the news.

My latest column looks at the rise of ad hoc coalitions seeking to influence the scrambled energy and climate issues under President Trump. I'll share that, and then Ben will get you up to speed on the rest of the news.

President Trump has scrambled traditional alliances in Washington across the policy spectrum, including energy. The capital's influence apparatus is responding in kind.

Driving the news: Informal coalitions are popping up under Trump more than they have in the past, according to veteran Washington consultants and newly compiled federal lobbying data. These groups are mostly separate from the familiar, entrenched trade groups that traditionally run Washington’s lobbying and public relations machine.

By the numbers: Through the first quarter of this year, nearly 550 informal groups using the words “ad hoc,” “coalition” or “alliance” disclosed lobbying in Washington, a figure poised to match or surpass last year, according to Center for Responsive Politics data compiled for Axios.

Go deeper: Click here to see a snapshot of the top energy-related coalitions.

Happening today: Trump is meeting with Russian President Vladimir Putin. We'll be watching for any signs they discussed energy topics, including sanctions and Gazprom's proposed Nord Stream 2 gas pipeline to Germany, which the U.S. opposes.

In Congress, part 1: The House will vote later this week on a GOP-crafted "sense of Congress" resolution finding that taxing carbon emissions would be "detrimental" to the economy and create all kinds of problems.

In Congress, part 2: The House is also slated to debate funding legislation for the Interior Department and EPA. Click here to see the list of amendments submitted for debate, with the caveat that only a fraction of them will actually get votes.

In Congress, part 3: The various energy-related hearings this week include...

ICYMI: Musk is downplaying his GOP donations and defending his environmental bona fides after revelations he gave nearly $39,000 to Protect the House, a group seeking to maintain the party's imperiled House majority.

Why it matters: The donation drew quick criticism from some parts of the left, and it's a politically fraught topic for Musk because he's a high-profile green tech pioneer who has previously pushed back against GOP climate policy.

To be sure: Musk has for years donated to Democratic and GOP candidates and groups.

Musk's response: Following a burst of news reports about his donation, which surfaced in campaign finance documents, Musk made a few points on Twitter...

Go deeper: Read the full story in the Axois stream.

But wait, there's more: The weekend got even rougher for Musk, who drew widespread criticism on a separate topic.

The oil industry has invested enough recently to prevent supply shortfalls from occurring in a few years, per a new analysis by the consultancy Wood Mackenzie.

Why it matters: There has long been a lot of chatter and concern that the capital spending plunge which followed the price collapse a few years ago was setting the stage for a "supply gap" opening up around the 2020s.

One level deeper: "A marked uptick in major project sanctions towards the end of last year suggests confidence is returning to the upstream sector," they note.

Yes, but: While the "supply gap" might be delayed, it could become a thing again in the late 2020s for several reasons, such as new supply getting more expensive and more contingent on as-yet-undiscovered resources.

ExxonMobil: The Wall Street Journal explores what's ailing the oil giant, which has been saddled with some bets that didn't pay off as they'd hoped, such as the Russian Arctic.

BP: Via The Washington Post, a look at the company's transformation since the 2010 Gulf of Mexico catastrophe.

Geopolitics: While waiting for the Trump-Putin meeting, read this piece over at The Conversation by Anna Mikulska, an expert in Russian and European energy.

SPR: In case you missed it, Friday afternoon pieces in Bloomberg and the WSJ look at the possibility that the Trump administration will release oil from the Strategic Petroleum Reserve.

6. The huge challenge of cooling a warming world

Axios' Andrew Freedman reports ... In a warming world, expanding access to cooling technologies without jeopardizing climate change goals is going to be a major challenge, according to a new report by the Sustainable Energy for All group.

Why it matters: Cooling needs are not only for expanding access to air conditioning as the earth becomes hotter, but applies to many other aspects of the modern economy like medical and food supply chains. The report shows that 1.1 billion people face "cooling access risks."

The big picture: 470 million people live in poor, rural areas that lack access to safe food and medicines and 630 million are located in hotter, poor urban slums with little or no cooling to protect them against extreme heat waves.

What's happening now: Extreme heat waves are a present-day danger as well as a growing risk. In just the past few months, all-time hot temperature records have fallen across the globe.

One key stat: Cooling, from the air conditioners in our homes to the systems that regulate temperature at computer data centers and grocery stores, is already responsible for about 10% of global warming.

Go deeper: Read his full story in the Axios stream. 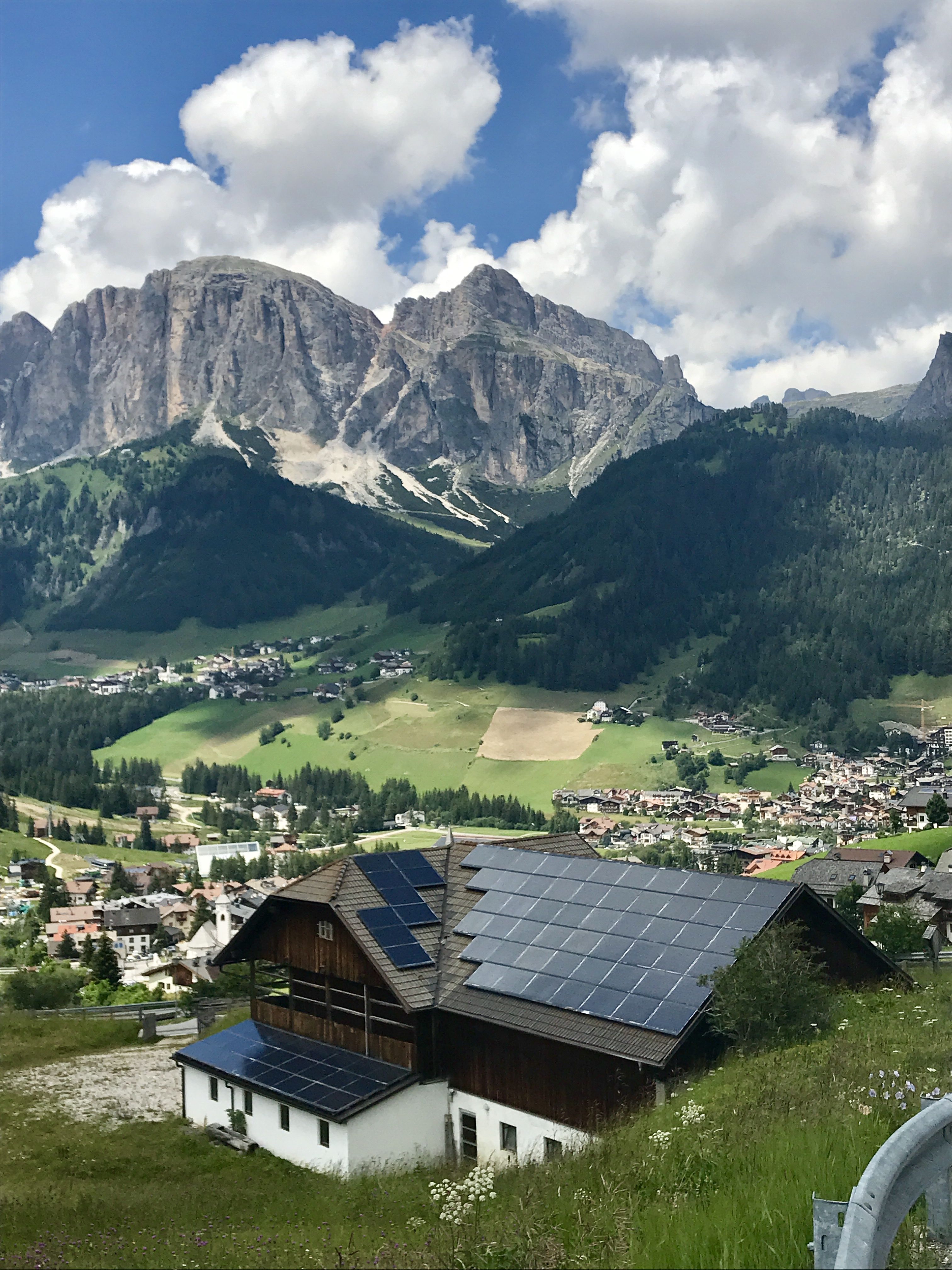 A house with solar panels in the Dolomite mountains. Photo: Amy Harder/Axios

Spotted while running in Italy: Rooftop solar in the Dolomite mountains, Amy writes.