The U.S. hasn't produced this much oil since this David Bowie album came out in November of 1970 (read on for more on that), so the title cut is today's intro tune . . .

Rising tide: Royal Dutch Shell's profits, helped along by the rise in oil prices in recent months, more than doubled in the fourth quarter compared to the same period a year before, showing a net adjusted profit of $4.3 billion compared with $1.8 billion the same quarter a year ago, CNBC reports.

Yes, but: The Wall Street Journal (among others) reports that the company's cash flow was less than expected.

U.S. policy: The company took a $2 billion charge related to the effects of the new U.S. tax law. But that aside, CEO Ben van Beurden says the cuts in corporate tax rate are helpful, given that the company is investing roughly $10 billion annually in the U.S. over the next several years.

Big picture: The CEO, in the Bloomberg interview, chatted about the company's positioning in a world where oil demand could peak within a couple of decades. 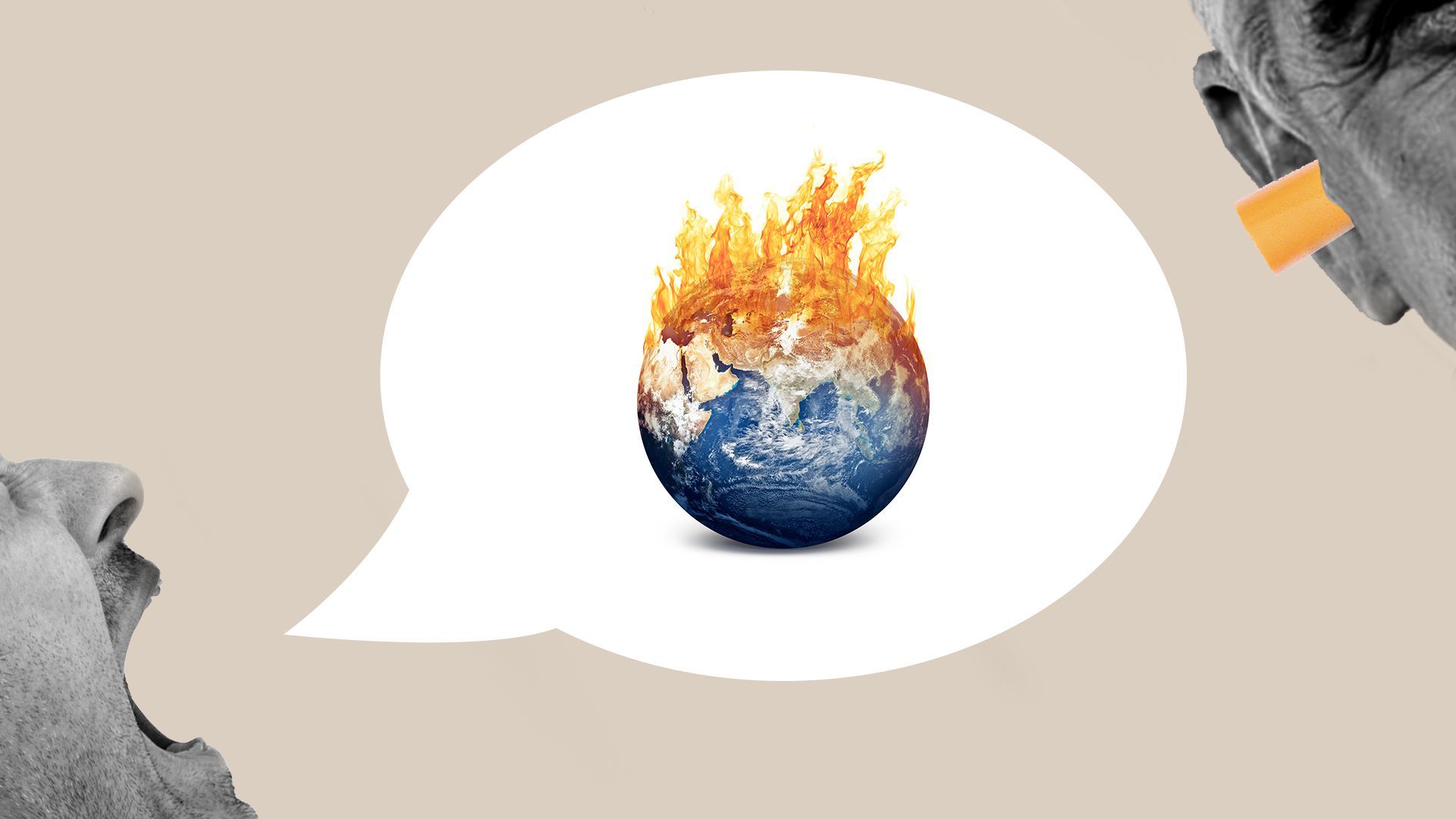 The far left corners of the Democratic party and environmental movement held an event Wednesday night to launch Fossil Free USA, a campaign urging America to transition entirely away from oil, natural gas and coal, with no regard to the reality that the global economy remains heavily dependent on fossil fuels.

My thought bubble: It’s like they’re two ships not passing, but colliding in the night. Trump’s backers say the far left and their alarmist messaging pushes them away from acknowledging climate change, while the far left is fed up with decades of delay and neglect of climate change.

Washington usually operates in black and white political terms, but it’s times like these — rhetoric-rich, substance-poor SOTU moments — where things crystallize. Energy and climate is one of the biggest policy areas where leaders of both parties have almost no common ground.

The bottom line: Extreme partisanship + very low voter priority = perfect recipe for deep political stalemate, which is what we have here.

Click here for the rest in the Axios stream.

The next budget fight: In news further pointing to the administration's focus on fossil fuels, The Washington Post obtained some draft White House budget documents for DOE — ones that show it will ask Congress for deep budget cuts to DOE's renewable energy and energy efficiency programs.

An aide's "total purpose": S&P Global piece yesterday reports that at a coal conference in West Virginia Wednesday, a Trump administration official said he's in Washington for one reason — to help the coal industry.

"The good news is I'm with the federal government and I'm here to help. I went to Washington, D.C., for one purpose and that was to help create coal jobs in the United States. That's my total purpose for being there. I'm not a researcher, I'm not a scientist, I'm an advocate for the coal industry."

— Doug Matheney, a special adviser in the DOE's Office of Fossil Energy

Growing up: Greentech Media looks at a new report from MAKE Consulting that concludes that offshore wind is finally coming of age in the U.S.

The view from Europe: Via Yale Environment 360, “Driven by rapid growth in renewable energy in the UK and Germany, the European Union generated more electricity last year from renewable sources of energy than coal, according to a new report.”

Ahead of schedule: New Energy Information Administration data shows that rising U.S. crude oil production crept over 10 million barrels per day in November for the first time since 1970.

Why it matters: Cracking the 10 million barrier is a symbolic reminder of how the U.S. has become a global oil powerhouse on the strength of the fracking boom that bolstered production in Texas, North Dakota and elsewhere.

The rise of U.S. production — which is now on par with Saudi Arabia and could challenge Russia this year — has forced those countries and other petro-states to recalibrate their strategies.

"This is significant in market terms, and it's very significant psychologically. The U.S. is back big time as an oil producer and could be by next year the largest in the world. We're one of the big three now, and we could be number one."

By the numbers: EIA has already predicted that U.S. production will shatter previous records this year and average 10.3 million barrels, rising even higher in 2019 to crack the 11 million barrier late in the year.

What's next: "We expect to see this rising U.S. production narrative dominate the discussion at least through 1H 2018 and weigh on prices," Hedgeye Risk Management's Joe McMonigle said in a short note yesterday.

A burst of offshore oil-and-gas news underscores how shale is hardly the only game in town despite all the attention it gets...

Mexico’s move: Via The Financial Times, “Mexico secured almost $100 [billion] in investment in its most successful oil tender to date as Anglo-Dutch oil major Royal Dutch Shell positioned itself as the biggest player in deepwater exploration and new companies including Qatar Petroleum burst on to the scene.”