Welcome back to Future. Thanks for subscribing. Consider inviting your friends and colleagues to sign up. And if you have any tips or thoughts on what we can do better, just hit reply to this email or shoot me a message at [email protected].

Heavyweight advances in artificial intelligence have typically come from two sources: academia and the tech industry. But beneath a mostly friendly surface is a steaming rift, with companies accused of holding up the field's advancement.

Axios' Kaveh Waddell reports: At a time of a fierce U.S.-Chinese rivalry for AI supremacy, academic critics accuse Big Tech of luring away university talent with high-dollar contracts, then focusing research not on big scientific questions, but on what bolsters their bottom line.

The context: Demand for AI experts is through the roof, and supply can’t keep up.

Among recent high-profile departures: Pedro Domingos is on leave from UW to work at the hedge fund D.E. Shaw, and legendary Carnegie Mellon computer science dean Andrew Moore announced he’s departing, but not for where.

In perhaps the most famous poaching case, Uber cleaned out Carnegie Mellon’s robotics lab in 2015.

What they're saying: Academics are sounding the alarm.

The other side: Jitendra Malik, a longtime Berkeley professor, joined Facebook’s AI research lab earlier this year, but says he doesn't feel guilty. "I feel like I have paid my dues to academia," he says.

In fact, some corporate labs do take on fundamental research, like this Facebook work on machine translation posted last week.

2. Britons take a hard look at themselves

Amid the populism erupting across Europe and the U.S., a new report in the U.K. recommends that the British government fundamentally reorder the economy to make it fairer to the young, workers and people left behind by globalization.

The report, issued yesterday by a broad-based group assembled by the Institute for Public Policy Research, criticizes an economy that works better for British investors than company employees. It has attracted heavy coverage in the British media.

The details: Among other things, the report calls for organizing half the work force into unions, raising capital gains taxes and increasing the minimum wage. Per the report:

As North Korea haggles over when it will eliminate its nuclear weapons assets, it may be playing for what it can get in exchange while already pivoting to a very different, equally dangerous weapons regime — cyber arms.

What's going on: David Maxwell, a retired Army officer and an expert on North Korea, tells Axios that any key American adversary — China, Iran, Russia or North Korea — is likelier to use cyber than nuclear arms in any war with the U.S.

The big question: "What if they are giving up their nuclear weapons because they have greater capability in cyber?" Maxwell asked. "Are they shifting their strategy focus to cyber?"

"Nuclear weapons aren't of practical use," he says. "But cyber is valuable, practical and useable. You can steal money and take down energy infrastructure." With WannaCry and the Sony Pictures attacks, "North Korea is conducting reconnaissance. They are seeing what they can get away with."

Gen Z is coming to your office (Janet Adamy — WSJ) 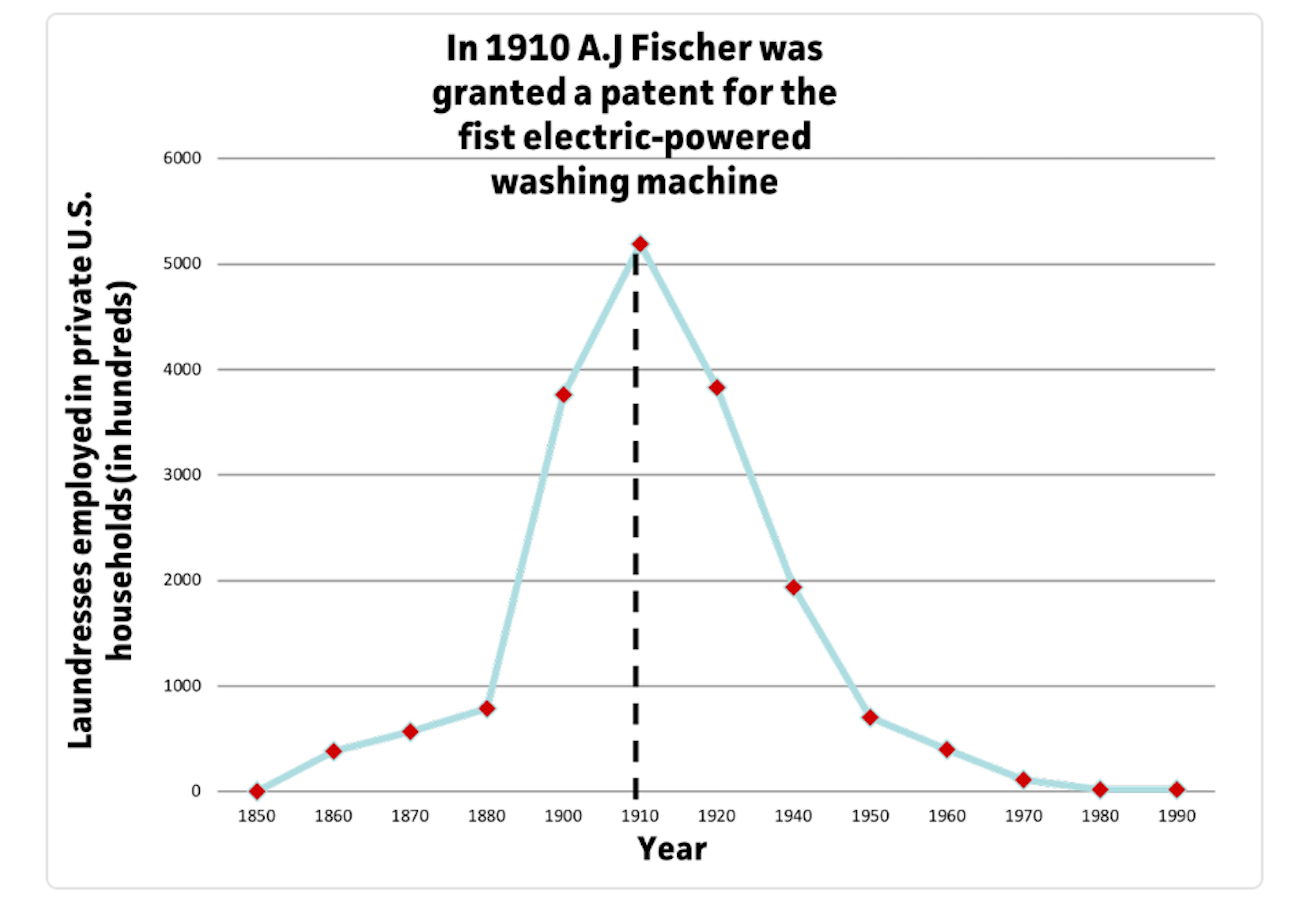 In 1910, a Chicago engineer named Alva J. Fisher was awarded a patent for his invention of Thor, an electric-powered washing machine, and forever made fools of prior bets on the job prospects of professional clothes launderers.

This history came to mind Tuesday for Michael Osborne, an Oxford economist and co-author of perhaps the most-cited contemporary paper on the future of work.

Why it matters: Osborne suggests it shows why forecasts of the jobs future — many of them couched in ultra-certain terms — merit scrutiny.

That was by explanation why, in his work, he uses both data and expert forecasts, he says in a prior thread of tweets, also on Tuesday.