Welcome back to Future. Thanks for subscribing.

1 big thing: Fiddling with your brain

For artificial intelligence to begin approximating human know-how, scientists will need to create models of how people think — such as simulations of your and my actual brain. That's when the trouble may begin.

Axios' Kaveh Waddell writes: In this future, we will voluntarily upload these virtual versions of our brains onto platforms like Facebook or Elon Musk's aptly named Neuralink, which may conduct experiments on them. When they do, it will be only a little removed from fiddling with the real us.

Brain uploading, or whole-brain emulation, is one way to simulate intelligence. Although the science remains well out of reach today, Ray Kurzweil, Google’s director of engineering and an AI pioneer, argues it will be possible within decades.

One way brain simulations will be used is to better personalize commercial products and services. But in getting there, companies will raise numerous Frankenstein's monster scenarios of tinkering with people's very essence.

What's happening now: Even without a perfectly accurate copy of your brain, scientists are designing systems that try to imitate how humans make decisions. Basic behavior modeling is the bread and butter of social networks like Facebook, often used to improve advertising.

Go deeper: How linking our brains to computers could change humanity

Early today, Musk's SpaceX launched its 16th rocket of the year. The first stage fell away and landed flawlessly on a drone ship in the Atlantic, reports ArsTechnica's Eric Berger, while the rocket went on to deploy a satellite in orbit (see above).

Space is rapidly becoming internationally commercialized — the U.K., India, China, Russia, Israel, the U.S., along with their companies, are among those intent on grabbing a part of what they view as a coming bonanza.

The big question: How do they protect the trillions of dollars in government and commercial assets going up? What happens if one country or company decides that another's actions or its stuff are a threat, and attacks?

And there is much to attack. Already, the valuation of big companies depend on space assets. What is Uber, for instance, without GPS, asks Neil deGrasse Tyson, the astrophysicist, whose new book, out tomorrow, is called "Accessory to War." He tells Axios:

"A rogue player can go up and shoot out our satellites and now we are running blind without GPS."

"So we would then say we need to protect those assets. This is no different than protecting your war supply on the ground. It's just now the regime is space instead of Earth's surface."

This explains the Space Force proposed by President Trump. According to Tyson, it does not suggest controlling access to space, but protecting assets.

"Control of space doesn't mean that I have a gate through which everyone must pass," he said. "That's normally what we think of patrol as that, but that's not what military control means. It means that I have the power to defend myself."

The bottom line: In the end, this can all go off peacefully, concludes Tyson — as long as you are not posing a threat to someone's stuff. He points back to the age of exploration.

"It's not different than a seafaring nation that they have ships — England, Portugal, France, Spain — and occasionally they had conflicts. But basically everyone is going everywhere in the world on the ocean."

"And if we have space-faring nations, they are going to want to go places. I don't have any problem with that. It's a big universe." 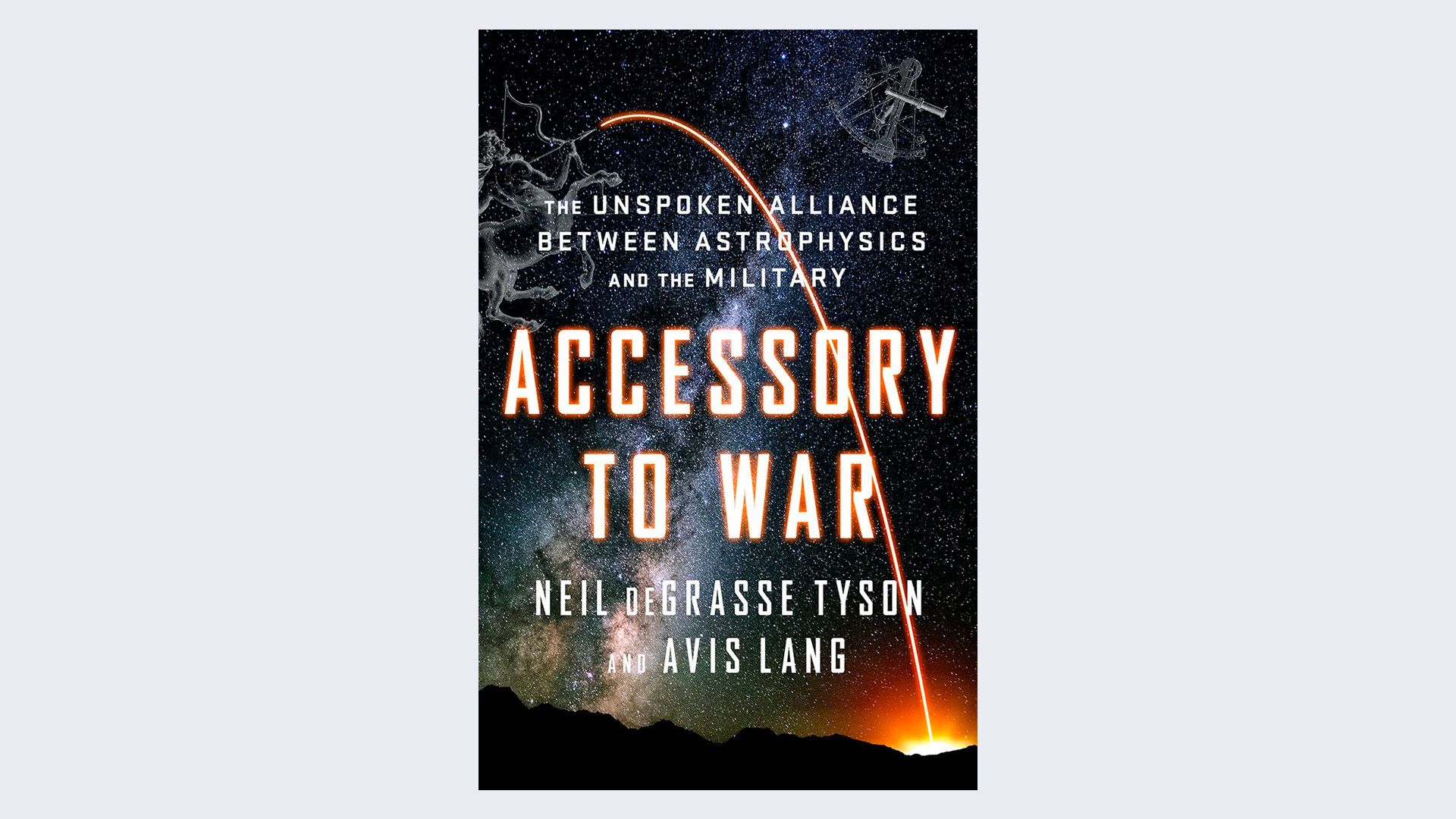 3. Jack departs the house he built

When Jack Ma co-founded e-commerce behemoth Alibaba in 1999, China's internet culture barely existed. Now his company is worth $500 billion — and, next to China's president, Ma himself may be the most recognized Chinese celebrity on the planet.

Axios' Erica Pandey writes: Today is Ma's 54th birthday as well as the 19th anniversary of Alibaba's founding, and he marked it by setting in motion his retirement. In a letter to shareholders and employees, Ma said he will step down in a year, and be succeeded by company CEO Daniel Zhang.

It will be hard to define Ma's most important legacy, but one has been normalizing China's commercial internationalization, a crucial achievement for a country whose rise is viewed with suspicion by much of the world. As the ambassador from China's best-known brand, he also has been central to the latest stage of the country's meteoric economic rise.

"He's the first Chinese tech executive to realize that the Chinese model can work in other developing countries."

Ma is at once China's richest businessman, with a $40 billion fortune, and head of a vast empire:

In terms of street cred, Ma is not in the mold of Bill Gates or Elon Musk — he is a former English teacher, not an engineer or a computer scientist. (In retirement, Ma plans to return to his roots and focus on education through his philanthropic foundation.)

Between the lines: "There was something special that he brought to diplomacy that will be difficult to replace," said Samm Sacks of the Center for Strategic and International Studies.

A discovery in Croatia has more than doubled the length of known cheesemaking history, pushing it back nearly 4,000 years in time.

Traces of fat found in pottery unearthed on the Dalmatian Coast indicate that people were fermenting dairy to make cheese and yogurt around 7,200 years ago, according to a U.S.-European research team.

Kaveh reports: When they began to make dairy products, humans were able to settle and farm in northern Europe, since the advance would have reduced infant mortality and allowed the population to grow, according to a news release from Penn State.

Residues previously found in Mediterranean pottery indicate that non-fermented milk was being produced and stored around 500 years before cheese and yogurt.

The discovery was reported last week in the PLOS One academic journal.

Consider inviting your friends and colleagues to sign up. And if you have any tips or thoughts on what we can do better, just hit reply to this email or shoot me a message at [email protected].