Welcome back to Future. Thanks for subscribing. Consider inviting your friends and colleagues to sign up.

I close out a week of coverage from China with reporting from Hangzhou, the tech hotbed. As a note, I'll be heading off on vacation this week. My colleague Alison Snyder ([email protected]) will be handling the next three editions of Future.

I'd love to hear your ideas of what we ought to cover, are getting wrong, or anything else you care to share. Just hit reply to this email or shoot me a message at [email protected]. Let's start with ...

China’s take-no-prisoners Big Tech war is playing out in An Huang's little family grocery in Hangzhou, a three-hour drive southwest of Shanghai.

What’s going on: A year ago, Huang and his father had a visit from representatives of Alibaba, China's e-commerce giant. What did they think of transforming their dowdy place into a state-of-the-art, digitalized store, with all the bells and whistles, under Alibaba’s Tmall brand?

Why it matters: Alibaba says that over the last year, it has redone about 1 million mom and pop shops like the Huangs' across China. It has done the same with about a hundred superstores. Big and small, these outlets buy all their goods through Alibaba's platform and pay using its affiliate Alipay app. 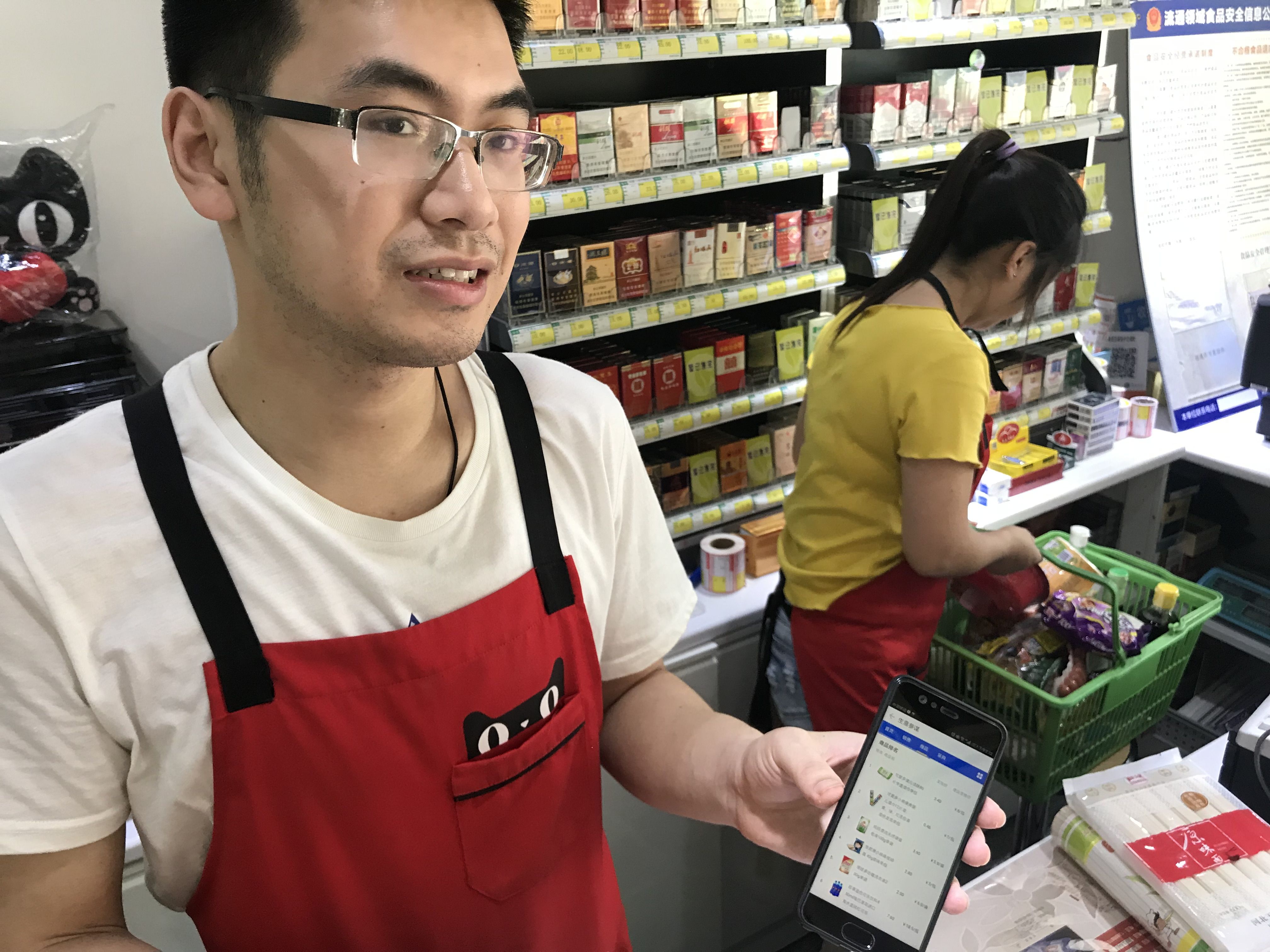 An Huang with his Tmall app. Photo: Steve LeVine/Axios

A picture of the future: These stores are examples of an expanding battleground among China’s cutthroat tech giants, and petri-dishes of the future of business around the world.

Among the central ideas is that in the future, shoppers will not view e-commerce and brick-and-mortar as distinct things, but as a single merged organism — as simply “commerce.” Alibaba regards this concept as so fundamental that only businesses that grasp it will survive.

2. Life at the top with President Xi

The culture of consumerism tracks back to 18th century Europe. Back then, it was all about fun and acquiring novelties from faraway places. Now, it's China's turn, but in its case, Beijing has woven consumerism into state policy — it's how President Xi Jinping has plotted to take the country to the next stage economically and geopolitically.

What's going on: Big Chinese tech companies are expected to play a larger role in society than the U.S. champions — Apple, Amazon, Google, Facebook and Microsoft, which carry American technology globally but are purely private. If they want to keep operating, especially at their scale, Alibaba, Baidu and Tencent — known as BAT — must conform to effective political regulation.

But, but, but: When Alibaba founder Jack Ma speaks of wanting to help expand China's middle class, as he often does, including in this 2015 speech at Stanford, they are not mere words, says Shanghai-based Jonathan Woetzel of McKinsey. That is Xi's policy, so it has to be Ma's, too.

Driving it home: One message none of the tech tycoons missed was the 18-year prison sentence meted out in March to Wu Xiaohui, founder of Anbang Insurance.

When Chinese investment in U.S. companies plunged by 83% last year, it was the result of Beijing's crackdown on capital. But it also reflected a reckoning for four Chinese titans who Beijing cut down to size, according to new research.

Why it happened: Joy Dantong Ma, a researcher at MacroPolo, writes in a new report that among the reasons for the surge of investment was a loosening of government oversight, known as Order No. 9, and a devaluation of the yuan.

Beijing noticed too: For years, Beijing has encouraged China's companies to "go out" and invest around the world. But that's not how the government viewed the Group of 4, which it proceeded to treat as something akin to traitors.

The bottom line: Ma attributes the four companies' 2016 dealmaking to pessimism gripping the Chinese business community, otherwise known as capital flight. "Faced with a depreciating currency and a slowing economy, investors looked for safe havens to park their assets," she writes. What followed was the Chinese government attempting to shock the system out of its funk.

Last week, we reported that in Beijing, JD.com is unveiling an automated warehouse that can ship 200,000 packages a day, employing just four people, all of them servicing the robots. Among the many responses was this, excerpted, from Future reader Konrad Volz:

"We know from academic studies how unemployment can be inherited through generations. When there are no jobs left, and no prospects to achieve anything, why should young people even attend school? How do we motivate them?

And what will happen to people when the formative years of a person are lost without school and education? What will be the impact of that? How can people be motivated to learn, to undergo a formative process, without any need for them to "apply" these things learned in some future occupation? And what will the impact on society then be?

Again: Who are we, when we no longer define ourselves by our work, occupation, job?"

5. Worthy of your time

A central feature of the future seems likely to be intolerance for the ticking second. That's according to JD.com, the Chinese e-commerce giant, which promises astonishing package delivery time.

By the numbers: The company says it makes 90% of Chinese deliveries within 24 hours, though 57% arrive within 12 hours — and you can also schedule delivery within 30 minutes. Even 85% of goods shipped from abroad are delivered in a day.

How it does it — and why: Apart from JD, China has no national courier company like FedEx or UPS. China's other e-commerce companies rely on dozens of disparate, disconnected local couriers.