Situational awareness: The good folks at the SEC can now read the IPO filings of Uber and Lyft, but the rest of us can't. Be patient, those public S-1s could arrive as soon as the first quarter of 2019.

Thanks for subscribing, please encourage all your friends and colleagues to do likewise. And keep the requests coming, to [email protected] I read them all, and answer most!

You might have missed the huge market rally last week, what with all the political news and stock market noise. So here it is at the top of Axios Edge, where it belongs: The price on the benchmark 10-year Treasury bond rose from 100.22 on Monday morning to 102.12 at the close on Friday.

What's happening: The yield on 10-year notes is falling even as the market expects one more rate hike from the Fed this month. In market jargon, the yield curve is flattening.

When long-term yields are lower than short-term yields, that's an "inversion," and like night follows day, whenever you hear the phrase "inverted yield curve," the word "recession" is sure to follow.

The curve has not yet inverted. Small bits of it have inverted, but the yield on the 10-year note is still a tiny bit higher than the yield on 1-year notes, and that's the main indicator that economists look at when they ask whether a recession is coming. Right now we're about 15 basis points away from an inverted yield curve.

Between the lines: If an inverted yield curve isn't bad for stocks, it's not bad for the economy either. When long-term rates are lower than short-term rates, that encourages long-term investment, which is a good thing. And while recessions do always arrive eventually, the time between the yield curve first inverting and the recession arriving can be as long as 765 days, as the chart above shows.

Our thought bubble: The yield curve is not, yet, flashing a recession sign. A recession is not a bear market, and neither does it mean a financial crisis. There will be another recession at some point. But it might be very mild. 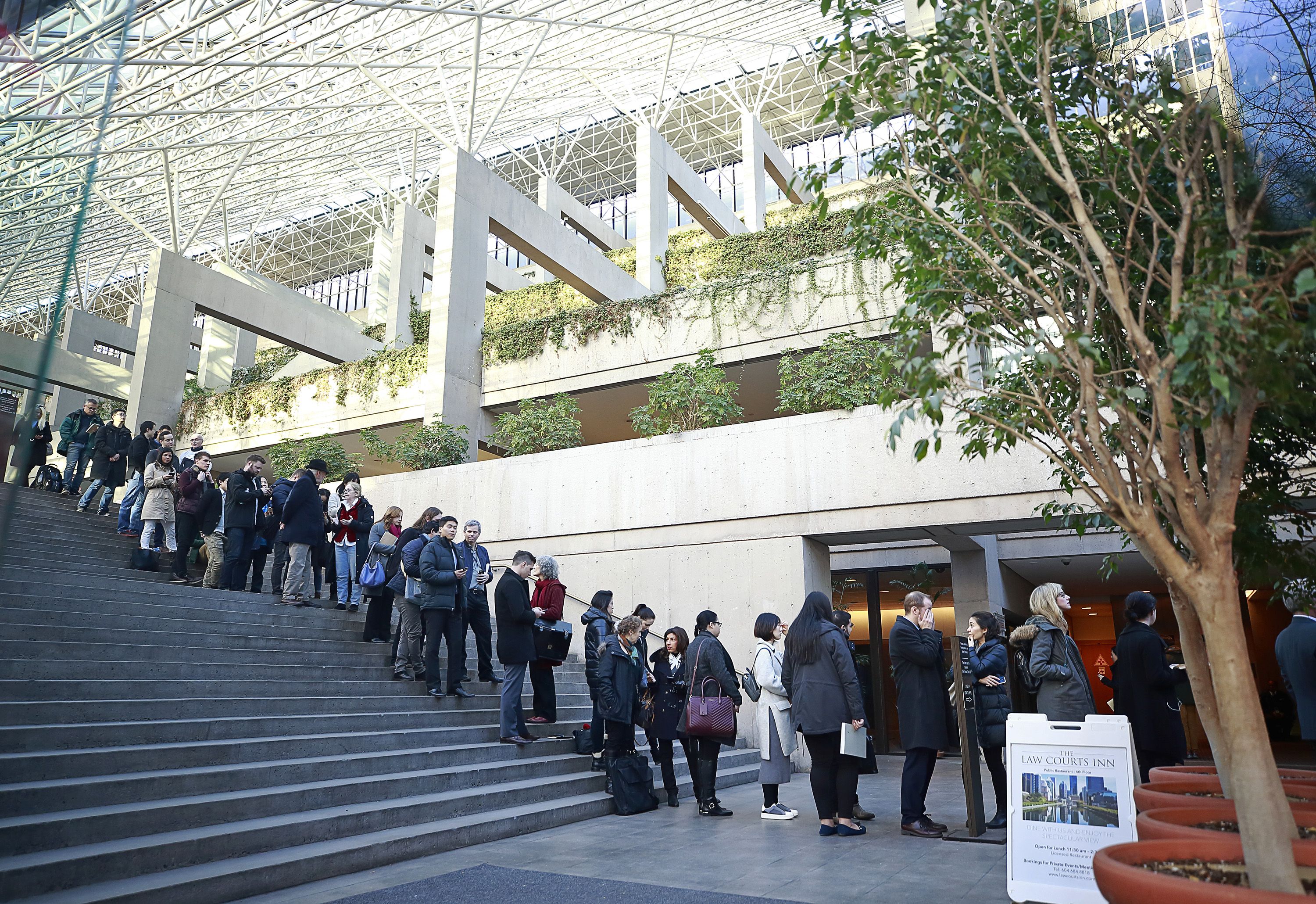 The line to get into Meng's bail hearing on Friday. Photo: Jeff Vinnick/Getty Images

The broad trajectory of the stock market last week can be explained pretty simply: A Monday spike on optimism about a trade truce between China and America, followed by a downward spiral after news emerged that seemed to indicate the trade war continues to be prosecuted aggressively.

Canada won't arrest and extradite foreign citizens for violating U.S. sanctions, but it will arrest and extradite foreign citizens for committing fraud. Meng was arrested on the basis of a 2013 PowerPoint presentation she made to HSBC, in which she said there was no relationship between Huawei and Skycom, which was doing business in Iran. That statement, if untrue, can be seen as an attempt to fraudulently mislead HSBC.

These kind of arrests are rare, but far from unheard-of. America is well-versed in using international criminal law to advance its foreign policy, and directors of foreign companies are often caught complaining that the U.S. should not be able to prosecute actions taken abroad that were entirely legal in the place where they happened.

The timing of Meng's arrest could hardly have been worse. It's pure coincidence that Meng was arrested on the same day that Trump had his friendly dinner with Chinese President Xi Jinping. Now all of that goodwill seems like a thing of the distant past.

The big question: "The Justice department and the Trump administration have an important question to answer: What do we want out of this?" writes Bloomberg's Tim Culpan. "It’s not clear that they know."

Bottom line: Meng's fate could have multitrillion-dollar geopolitical implications, especially if China retaliates by arresting American executives. For the time being, however, the trade talks are still on.

Go deeper: Canada tumbles into the middle of the U.S.-China trade war.

A new report from the National Employment Law Project does a deep quantitative dive into the various minimum-wage laws that have been passed in recent years.

Bottom line: 22 million low-wage workers have won $68 billion in annual raises since 2012. That's 14 times the raise that all Americans received the last time the federal minimum wage was raised, in 2007.

4. Apple is bigger than Microsoft

Last week, I mentioned somewhat offhandedly that Microsoft had a larger market capitalization than Apple. I received a lot of responses to that item, mostly asking me to explain why, exactly, the difference in market cap doesn't matter.

At $804 billion, Microsoft's market cap is still marginally higher than Apple's $800 billion. That doesn't mean Microsoft is bigger than Apple.

Just in terms of market value, the most comprehensive measure is not market capitalization but rather enterprise value. That's how much you'd need to pay if you acquired the entire company, including debt, at its current market price. Microsoft's enterprise value is $760 billion; Apple's is $863 billion.

More important, companies are not stocks, and stocks are not companies. Compare the actual size of the two companies, and it's not even close. In the most recent fiscal year:

By the numbers: The market values each dollar of expected Microsoft 2019 earnings at $22.30, compared to just $12.40 for Apple. That explains why the two are neck and neck in terms of market capitalization.

Bottom line: Apple is not any smaller today than it was two months ago, when its market cap was $300 billion bigger than it is now. Stocks are volatile, and market cap doesn't even tell you how well the shares have performed. Treat it with extreme caution.

Junk-bond expert Leon Black, who cut his teeth working with Michael Milken at Drexel Burnham Lambert, says this market is in a bubble. According to S&P LDC, today's private equity deals have more leverage than at any point since 2007. 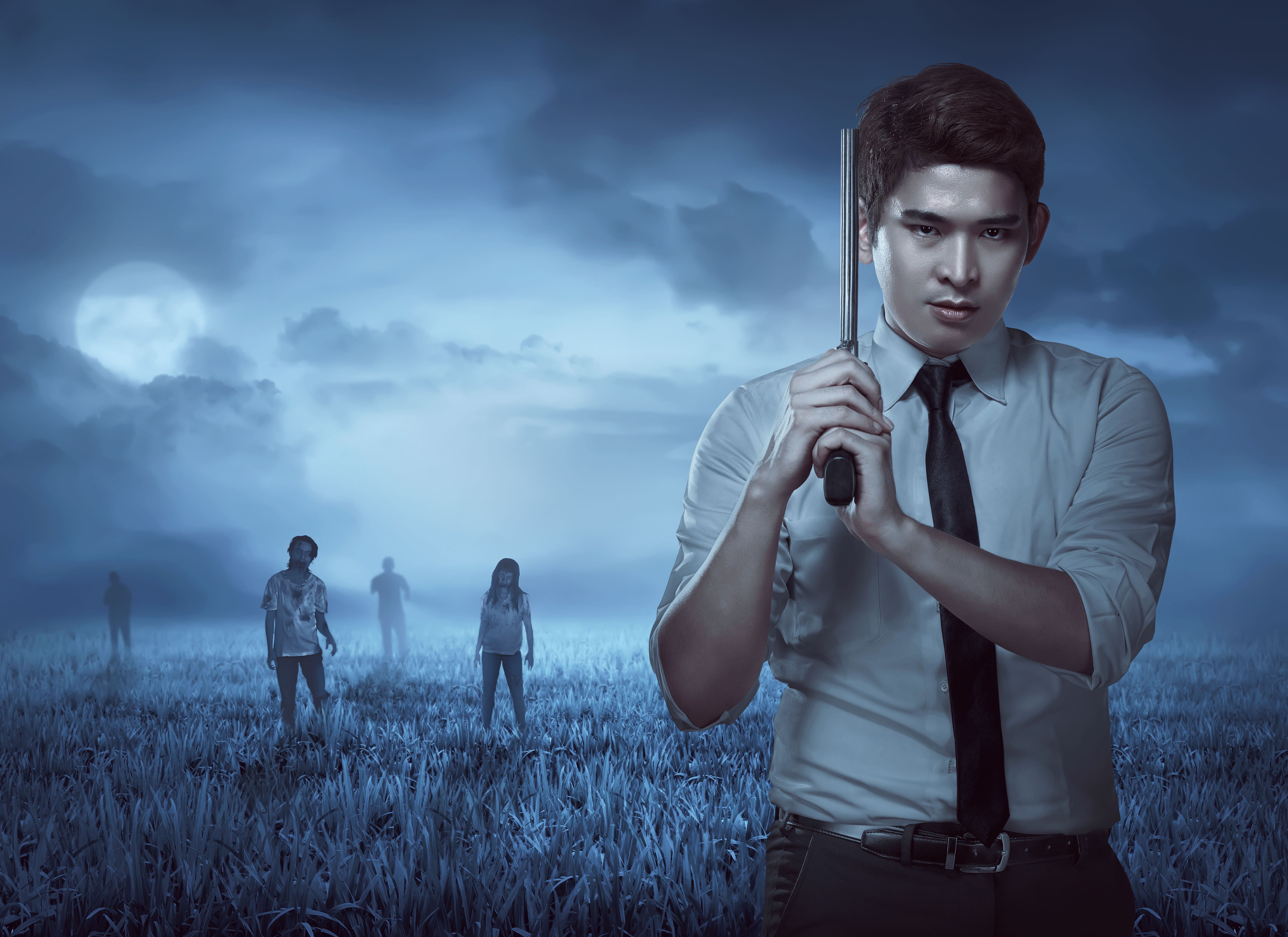 China wants to kill off — or possibly revive — its lurching horde of "zombie" companies by 2020, Caixin's Dong Jing and Leng Cheng write.

China has been promising to improve its bankruptcy procedure for state-owned enterprises since at least 2016. However, the going has been slow because the government wants to avoid the social instability and massive unemployment that might result from shutting down too many of these companies in too short a time frame.

7. Sharing economy quote of the week

Fame is an asset that Brett Favre owns 24 hours a day, the way an Airbnb host might own her apartment. But like that Airbnb host, who leaves her apartment empty when she’s gone for the weekend, Favre isn’t wringing every last cent out of his asset — there are many hours where he’s just sitting around being famous all by himself. 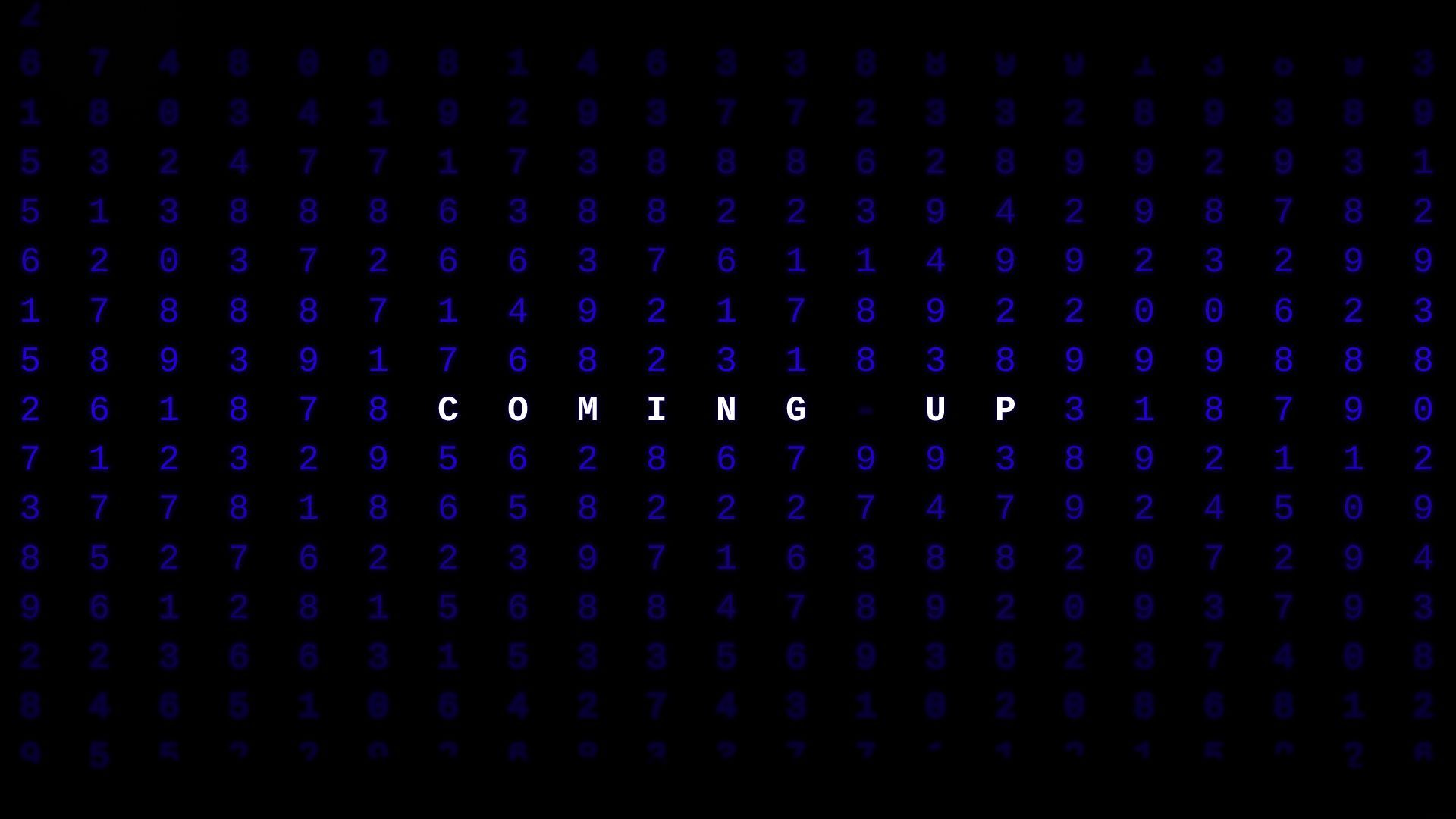 Britain's Parliament is scheduled to vote on Theresa May’s Brexit plan on Tuesday, writes Axios' Courtenay Brown. Almost nothing about this process has gone according to schedule. If a vote does happen, expect May to lose, unleashing further chaos and uncertainty.

Former Nissan chairman Carlos Ghosn's detention period expires on Monday. It's expected he'll be formally charged for financial crimes in Japan on Monday. Ghosn might be rearrested on more charges not yet made public.

Back in the U.S., Congress will question Google CEO Sundar Pichai on Tuesday about privacy and unsubstantiated claims that the platform is biased against conservatives. Expect a low signal-to-noise ratio, with more political theater than actual illumination.

9. Building of the week: One WTC Don't call it the Freedom Tower. David Childs' One World Trade Center is the tallest building in the Western Hemisphere; when the spire is included, it rises to a symbolic 1,776 feet. A square at the bottom and a smaller square at the top, it's a perfect octagon in the middle.

Many thanks to Baylor University finance major Mark Richards for letting me use his excellent photo.

Elsewhere: Canceling Mexico's $13 billion airport project could cost the Mexican government $10.5 billion. Netflix will pay $100 million to stream "Friends" in 2019. Eddie Lampert has made nearly $1.4 billion to date from his disastrous Sears investment. Madoff’s victims are close to getting their $19 billion back. Congress may have "accidentally" freed nearly all banks from the Volcker Rule. Big money in untucked shirts. Two dozen Amazon workers were sent to the hospital after a robot "accidentally" unleashed bear spray. Lance Armstrong is rich. The new rules for being new-U in 2019.