🏈 Get up! It's game day! College football's championship matchup (Jan. 7) will be decided by today's back-t0-back semifinals on ESPN:

Don't bet against sin industries like marijuana and sports betting in 2019, even if the broader economy and markets stumble, Axios' Dan Primack tells me:

The legal marijuana industry had a banner year in 2018, as the global market exploded and cannabis pushed its way into the financial and cultural mainstream, Gillian Flaccus ("a member of the AP's marijuana beat team") writes:

"A majority of U.S. states have legalized marijuana to varying degrees, and U.S. companies are scrambling to get in on the action," the AP Markets Team adds:

An exception to the trend, per the Boston Globe: "New Hampshire’s libertarian streak has long been a source of pride for residents, but for cannabis users, that self-image isn’t living up to reality. With pot legalization sweeping through New England, New Hampshire is now an island of prohibition."

Flashback: The battle to legalize sports betting was won in May at the U.S. Supreme Court, and the specifics are being worked out in state legislatures and by the professional sports leagues. 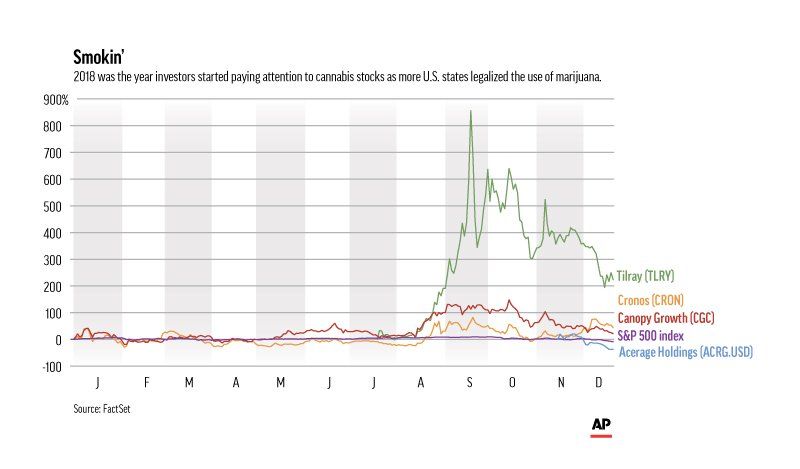 "Due to a lapse in appropriations, EPA websites and social media will not be regularly updated. In the event of an environmental emergency threatening the safety of human life or to protect certain property, http://www.epa.gov will be updated with appropriate information."

"Museums and galleries popular with visitors and locals in the nation's capital will close starting midweek if the partial shutdown of the federal government drags on," the AP reports:

A week into the shutdown, federal workers' ire is turning to fear, the N.Y. Times' Glenn Thrush, Mitch Smith and Kate Taylor report:

🖋️ "[T]he federal Office of Personnel Management took the extraordinary, odd and ominous step of posting a link ['Sample Letters for Creditors and Mortgage Companies,' with] suggestions on how to defer rent payments, or even barter with landlords by offering to perform minor repair work like painting."

3. Key senators to announce 2020 runs in next few weeks

Four "high-profile Democratic senators are poised to enter the 2020 presidential race in the next several weeks," the N.Y. Times' Lisa Lerer and Alex Burns report: 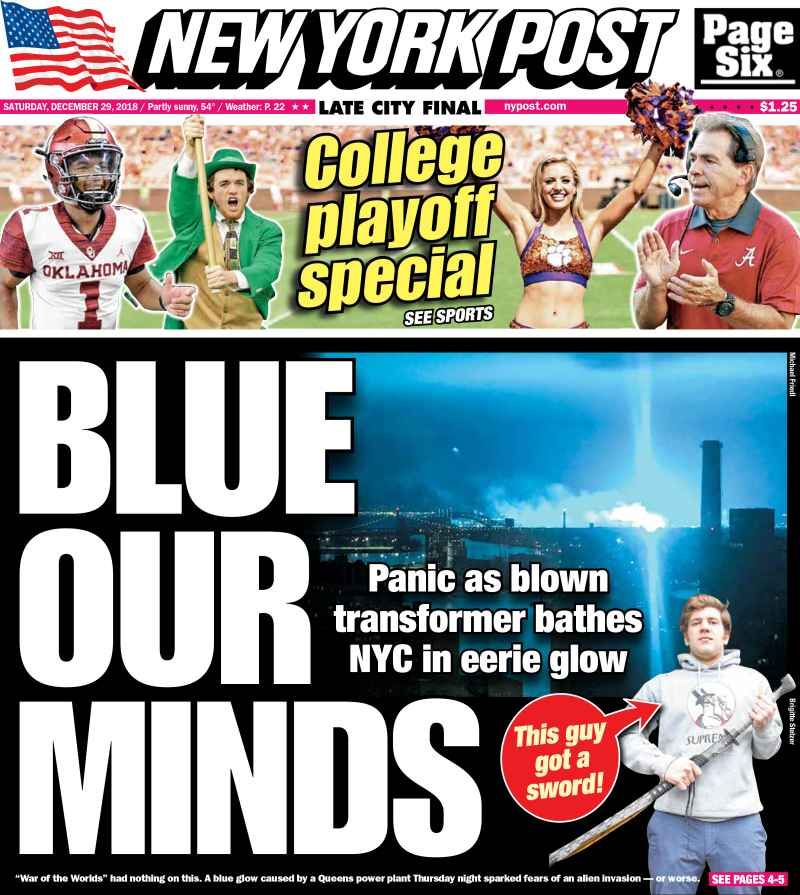 "Even NYPD officers couldn’t hide their disbelief over the surprise light show that blew up over Astoria [Queens] on Thursday night," per the N.Y. Post.

PS. 911 cell-phone service in locations across the country was disrupted by an outage at Louisiana-based communications company CenturyLink, per CNN. 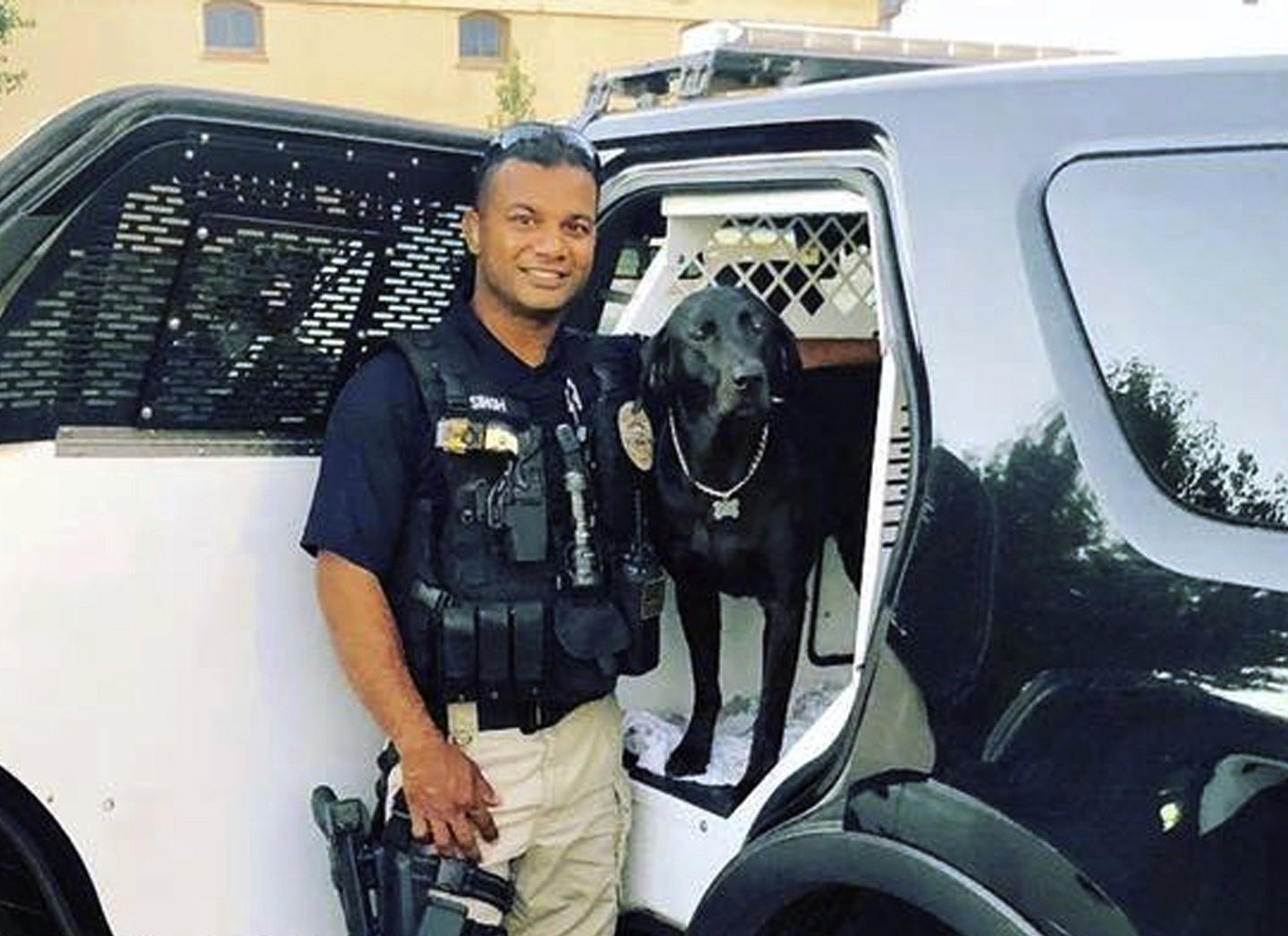 "A man who is living in the country illegally and has ... gang ties was arrested [yesterday] in the fatal shooting of a police officer during a traffic stop in Stanislaus County," Calif., just east of Silicon Valley, the L.A. Times' Brittny Mejia reports:

The sanctuary debate ... "Arriaga’s previous brushes with the law and his subsequent release by law enforcement prompted angry comments from [Stanislaus Sheriff Adam Christianson] about Senate Bill 54, the state’s so-called sanctuary law, which provides expanded protection for immigrants who have entered the country illegally."

More and more businesses like the Drybar chain of blow-dry salons don’t want your money — the paper kind at least, The Wall Street Journal's Katherine Bindley writes in an A-hed:

Requiring cash option? "Massachusetts is the only state that currently requires retailers to accept cash. Some New Jersey legislators are working to make their state next." A three-day music festival will be held in August at the original Woodstock concert site in Bethel, N.Y., to mark the 50th anniversary, the AP reports: