Breaking: "The Trump administration unveiled a plan [today] to force hundreds of thousands more Americans to hold jobs if they want to keep receiving food stamps, pursuing through executive powers what it could not achieve in Congress," the WashPost reports.

President Trump has botched the six weeks since the midterms, repeatedly making unforced errors that have produced weaker markets and political standing as he heads into next year's divided government and his re-election race:

Be smart: All of this has happened before Democrats take over the House and get subpoena power.

Facebook is closing out 2018 the way it started — under attack for betraying users' trust and oversharing their personal information, Axios tech editor Scott Rosenberg writes from San Francisco.

That's not how it was supposed to go.

Why it matters: With more than 2 billion users — and countless more on other platforms it owns, like Instagram and WhatsApp — Facebook is the biggest and most successful social network ever.

By May, Zuckerberg was estimating the fix would take three years, and toward the end of the year, Zuckerberg began saying that Facebook's problems could only be managed, not solved.

As 2018 began, Facebook was already under fire over a long list of security breaches and privacy lapses, foreign-sponsored misinformation campaigns in the 2016 election, and a suspicion among a growing throng of users that the addictive service was wasting their time.

Since its earliest days — when the initial rollout of the News Feed in 2006 distressed many Facebook users — the company's crisis drill has been the same:

This year, though, Facebook kept getting stuck at "apologize," with the next disaster blowing up before the previous one had time to subside.

What's next: When Uber faced a crisis pileup in 2017, the company responded by switching CEOs. That's almost certainly not going to happen at Facebook, where Zuckerberg still owns a controlling share of the company's voting stock.

Americans aren't getting taller, but they are gaining more weight, according to new CDC data.

The bottom line, from Axios' Bob Herman: Obesity is more complicated than eating habits or exercise. But research has shown that gaining weight over time makes people more susceptible to other health risks like diabetes or heart disease.

House Speaker Paul Ryan delivers his farewell address in the Great Hall at the Library of Congress on Capitol Hill yesterday:

Being against someone has more currency than being for anything. ... All of this gets amplified by technology, with an incentive structure that preys on people’s fears, and algorithms that play on anger. Outrage is a brand. ...

[T]he drivers of our broken politics are more obvious than the solutions. This is a challenge I hope to spend more time wrestling with in my next chapter. ... [O]ur problems are solvable if our politics will allow it.

"Russian President Vladimir Putin issued a chilling warning [today] about the rising threat of a nuclear war, saying 'it could lead to the destruction of civilization as a whole and maybe even our planet,'" AP reports.

"Putin pointed at the U.S. intention to withdraw from the 1987 Intermediate-Range Nuclear Forces (INF) Treaty."

Why it matters: "Barr’s reasoning is likely to be closely scrutinized in confirmation hearings before the Senate, where Democrats and some Republicans have already promised to press him on how he would handle the Russia investigation, as well as on his expansive views of executive power."

7. "What woman in her right mind would want to work there?" 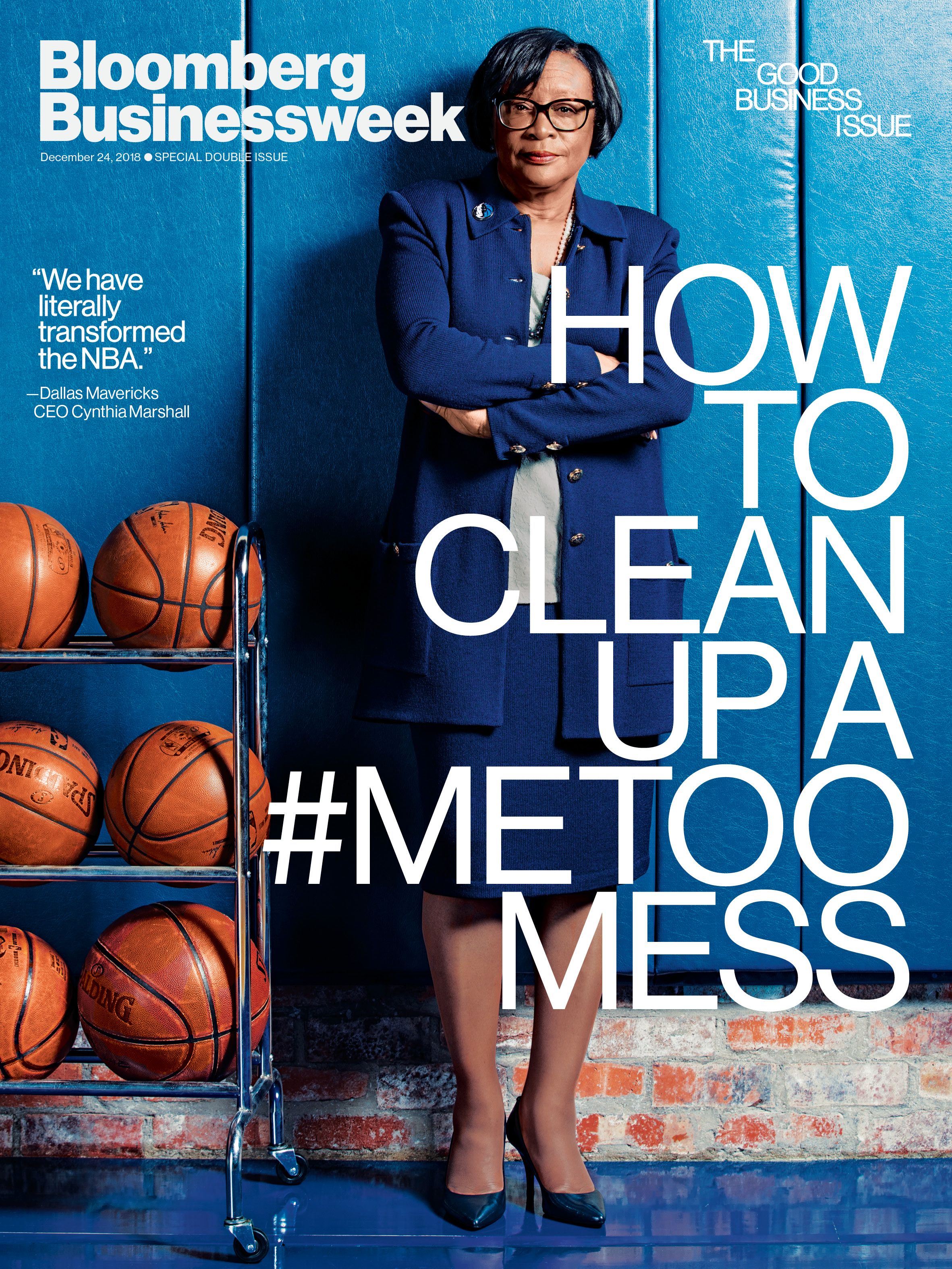 "Cynthia Marshall, the new CEO of Mark Cuban’s Dallas Mavericks, is fixing the team’s front office culture. The rest of the NBA is next," Mary Pilon writes for Bloomberg Businessweek:

Marshall, formerly head of human resources and chief diversity officer at AT&T Inc., recalled: "I read that article [in SI], and I thought, 'What woman in her right mind would want to work there?'" She drafted a 100-day turnaround plan:

Tens of thousands of passengers were stuck at Gatwick in London as the airport's runway remained closed into a second day after drones were spotted over the airfield, per BBC:

9. Michelle Obama knew she could change the life of a designer 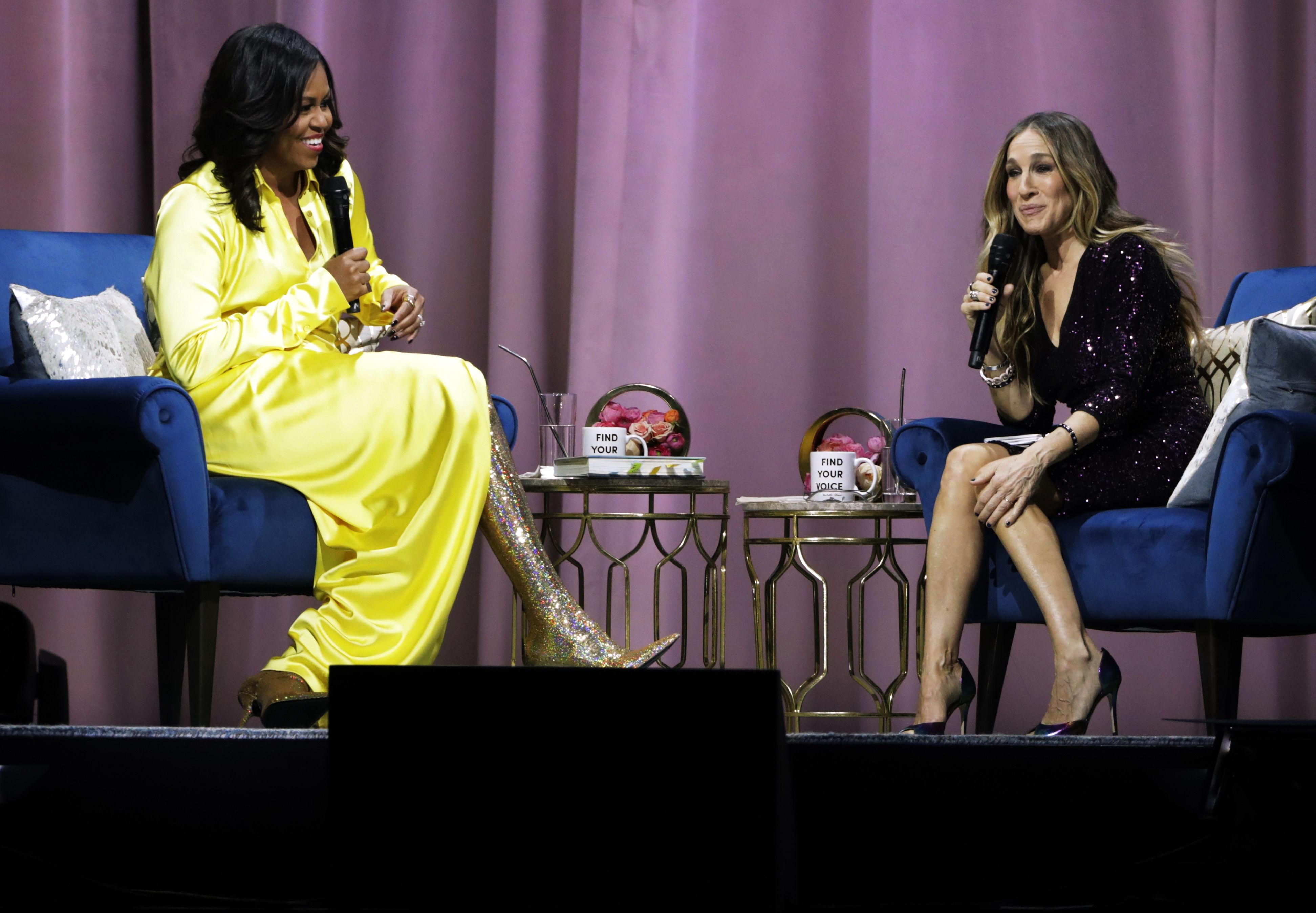 I did know that my clothes were making a statement ... So we decided why don't we use this platform to uplift some young new designers who normally wouldn't get this kind of attention, because you can change their lives, which is one of the reasons why we chose Jason Wu for my inaugural gown. ...

You learn that there are people in this scene who feel entitled to these things because they've done it for a while, and I hated that feeling. There are whole lot of people out here who are trying to make it, there are young women and immigrants and black folk. ...

Why it matters: During Obama’s eight years as first lady, a dress would sell out hours after she wore it.

"The maker of Budweiser is partnering with medical cannabis company Tilray in a $100 million deal to research cannabis-infused drinks for the Canadian market," AP reports:

Coming attractions: "Coca-Cola, Pepsi and Guinness brewer Diageo have said they are closely watching the market for cannabis as it evolves."