🍂 Welcome back. Thanks for reading AM this summer; epic autumn ahead. President Trump's political allies are trying to raise at least $2 million to investigate reporters and editors of The New York Times, The Washington Post and other outlets, according to a three-page fundraising pitch reviewed by Axios.

The irony: The New York Times exposed an extremely improvisational effort that had outed a Times editor for past anti-Semitic tweets. This new group is now using the exposure to try to formalize and fund the operation.

Under "Primary Targets," the pitch lists:

This isn't an entirely new concept. The liberal group Media Matters monitors journalists and publications, and goes public with complaints of bias. But being this blatant and specific about trying to discredit individual reporters is new.

Hurricane Dorian is stationary — just sitting over the Bahamas, prolonging the damage and terror. "You could out-walk it," CNN pointed out.

⚠️ Along the East Coast ... More than 1 million people in Florida, Georgia and South Carolina were ordered to evacuate before Dorian rolls up the seaboard. A memorial for victims of the Conception boat fire. One young couple added a dive flag. Photo: Stefanie Dazio/AP

Many aboard the Conception — a 75-foot commercial diving boat that was out to sea off Southern California on a recreational scuba-diving trip — were apparently sleeping below deck when a fire broke out just after 3 a.m.

At least 25 people died, and the search continued through the night for nine others still missing. 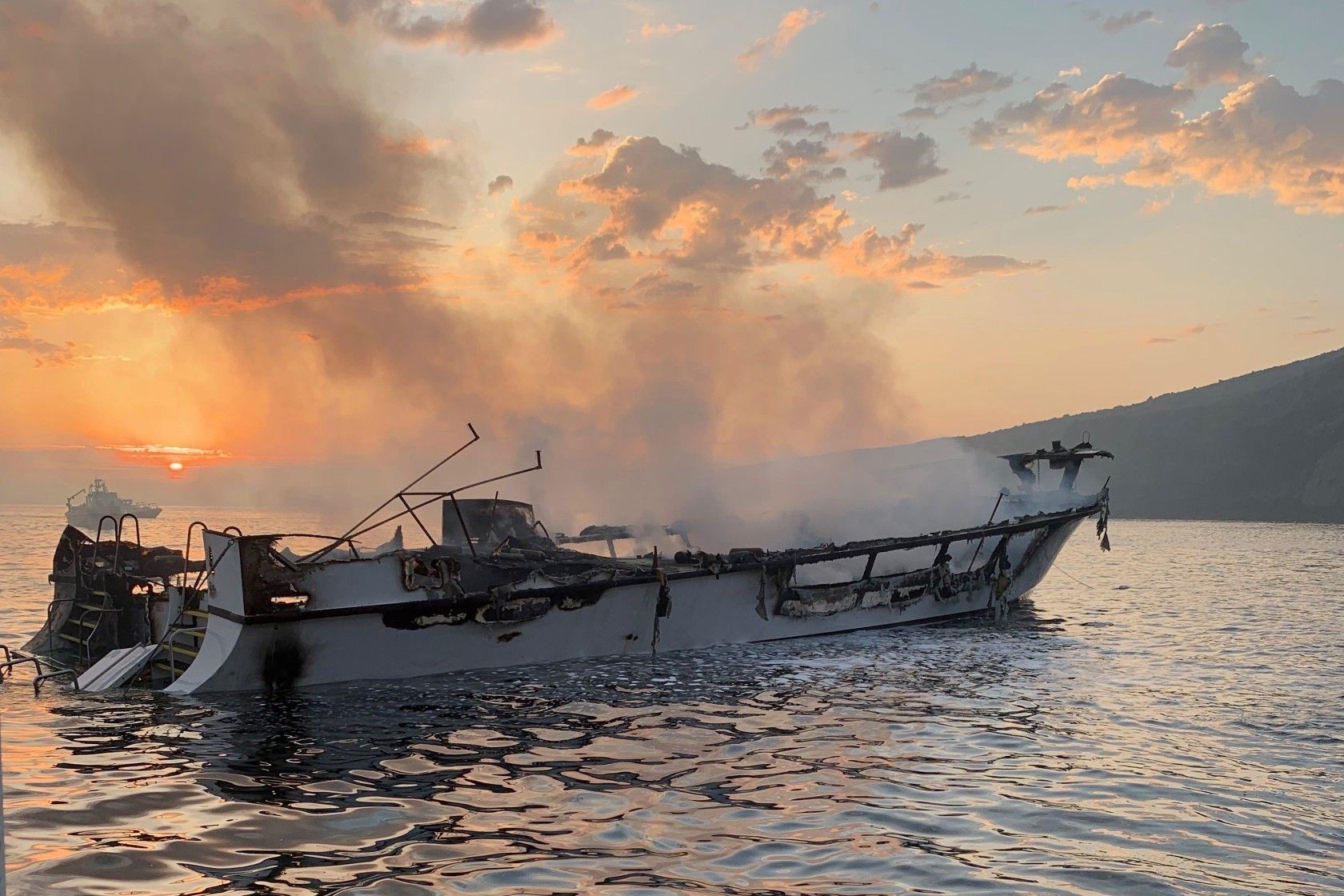 4. Trump's trade deficits are only growing

Among the U.S.'s 15 biggest trading partners, the trade balance has moved in the wrong direction for President Trump in 10 of those countries between 2016 and 2018, while the aggregate trade deficit has jumped from $503 billion to $628 billion. 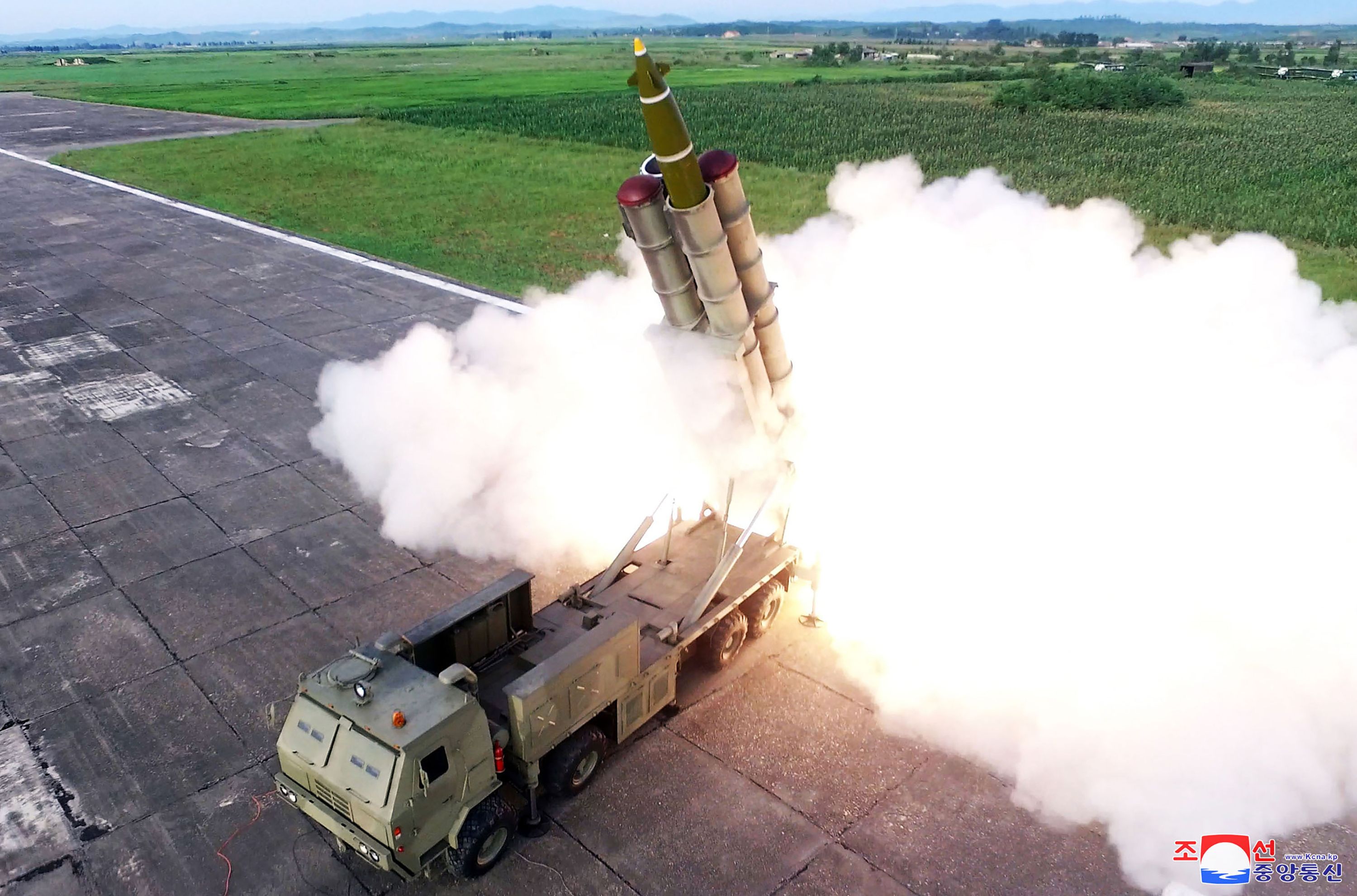 This Aug. 24 photo, provided by the North Korean government, is said to show the test firing of an unspecified missile. Photo: Korean Central News Agency via AP

What's new: U.S. intelligence officials and outside experts have concluded that North Korea used recent launches "to test missiles with greater range and maneuverability that could overwhelm American defenses in the region," the N.Y. Times' David E. Sanger and Bill Broad report.

Consumer sentiment fell to its lowest level since October 2016 and dropped by the most since December 2012, according to a survey by the University of Michigan, Axios Markets editor Dion Rabouin writes.

N.Y. Times Quote of the Day ... Paul Fessock, whose band's performance was canceled after explosive devices were discovered at a home near the route for the Labor Day parade in South Plainfield, N.J.:

8. 🗞️ Rough headline of the day 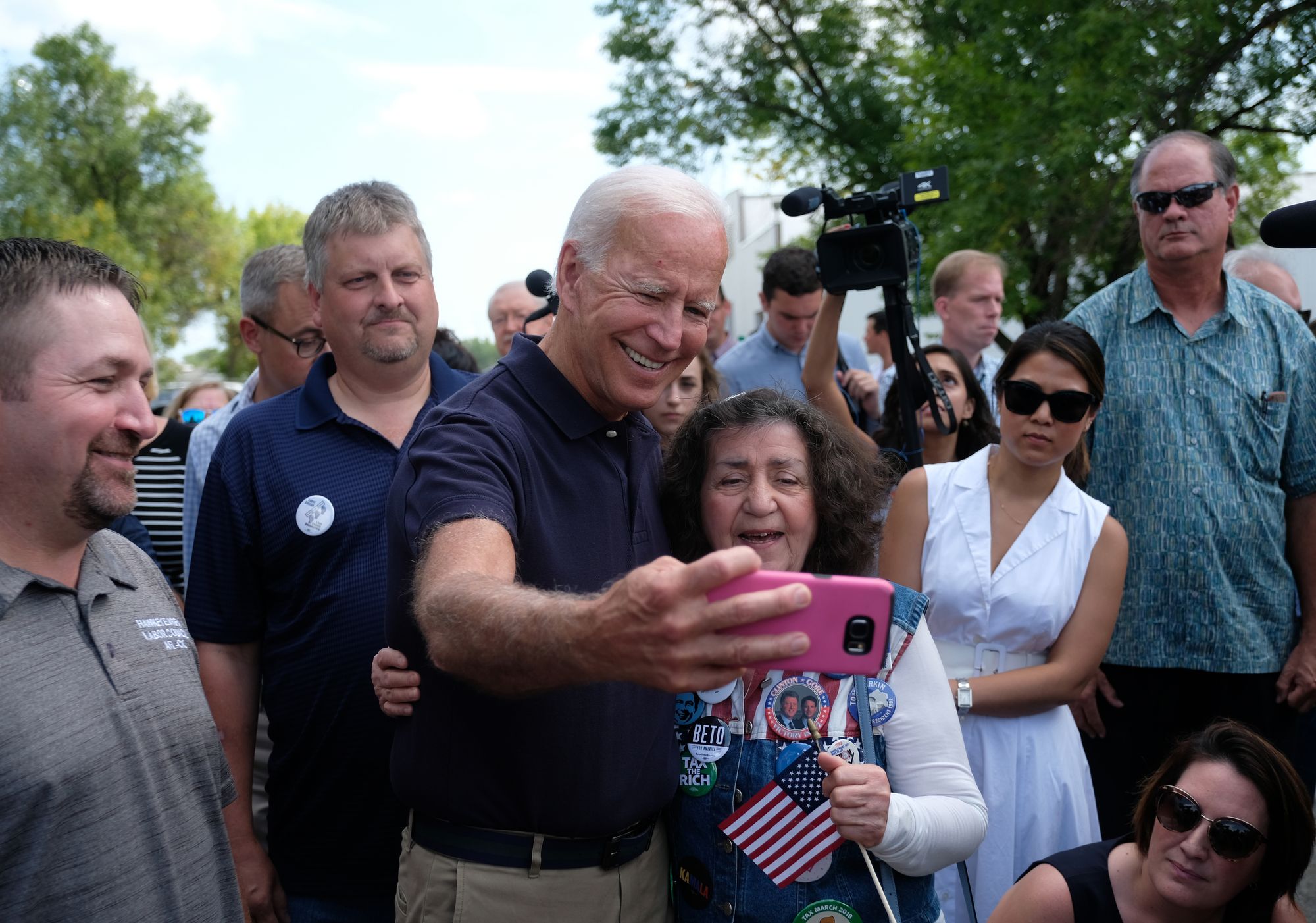 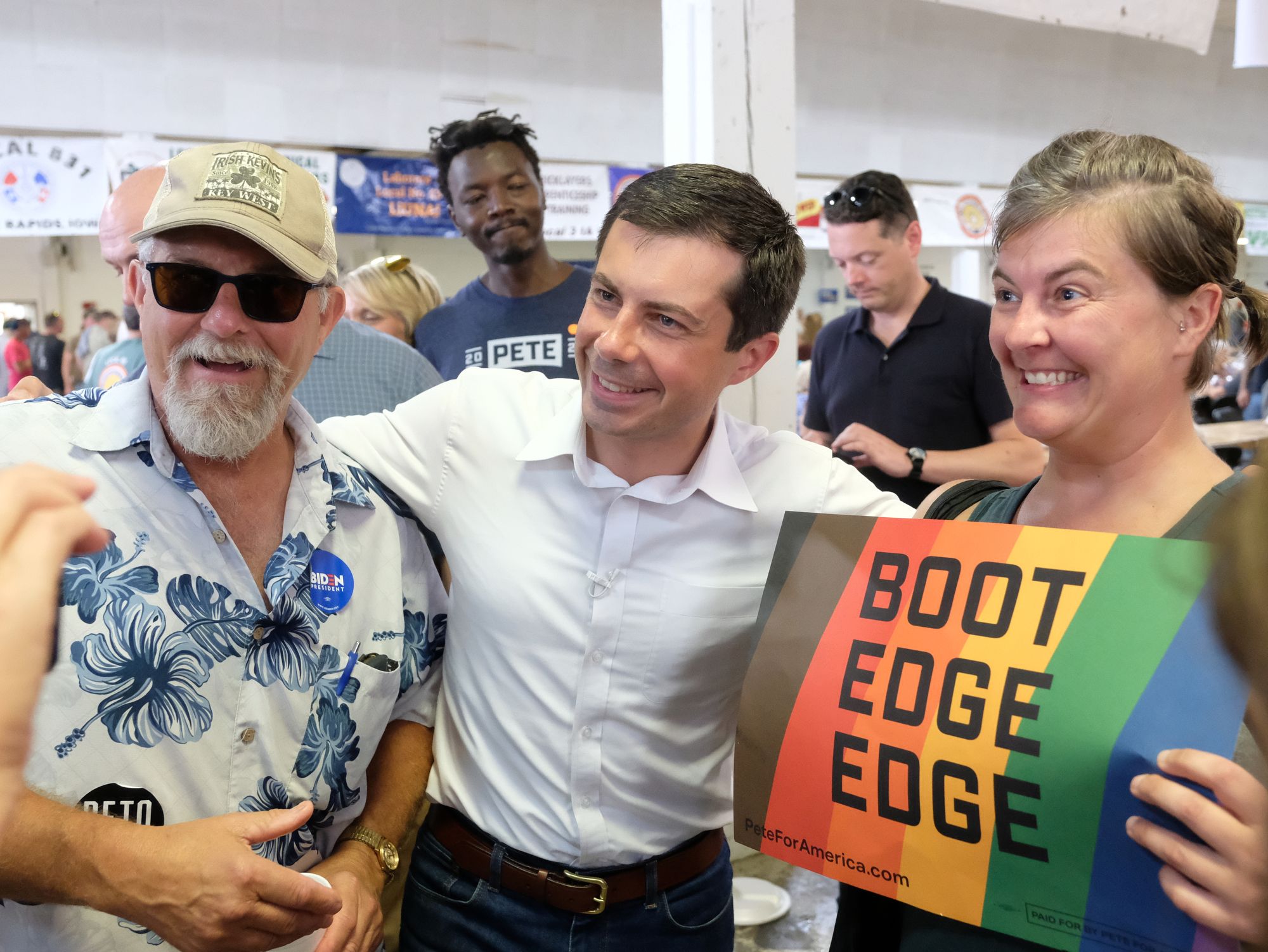 What's new: Pete Buttigieg is flexing his campaign muscle in Iowa, with plans to open 20 offices in 20 days and have 98 paid staffers on the ground by the end of this week, The Des Moines Register's Barbara Rodriguez reports.

Over the past two months, Buttigieg has averaged one Iowa trip per week. (AP)

📱 Thank you for reading Axios AM. Please invite your friends to sign up here.