☕️ Good Thursday morning. If you're in D.C., have breakfast with us today and hear Axios' Kim Hart lead a lively conversation about how artificial intelligence will change our jobs and lives. 8 a.m. at 1011 4th St. NW (near L St.). Details here; doors open at 7:30.

It is a fact President Trump had a consequential first two years: a huge tax cut, two Supreme Court justices and lots of regulations eliminated.

His job now is not just harder — it’s exponentially harder:

Trump is already seeing the perils of his new reality:

Be smart: Trump faces all these headwinds as he ramps up a re-election campaign for a race in which the path to victory and margin for error are as slim and elusive as any in a lifetime. 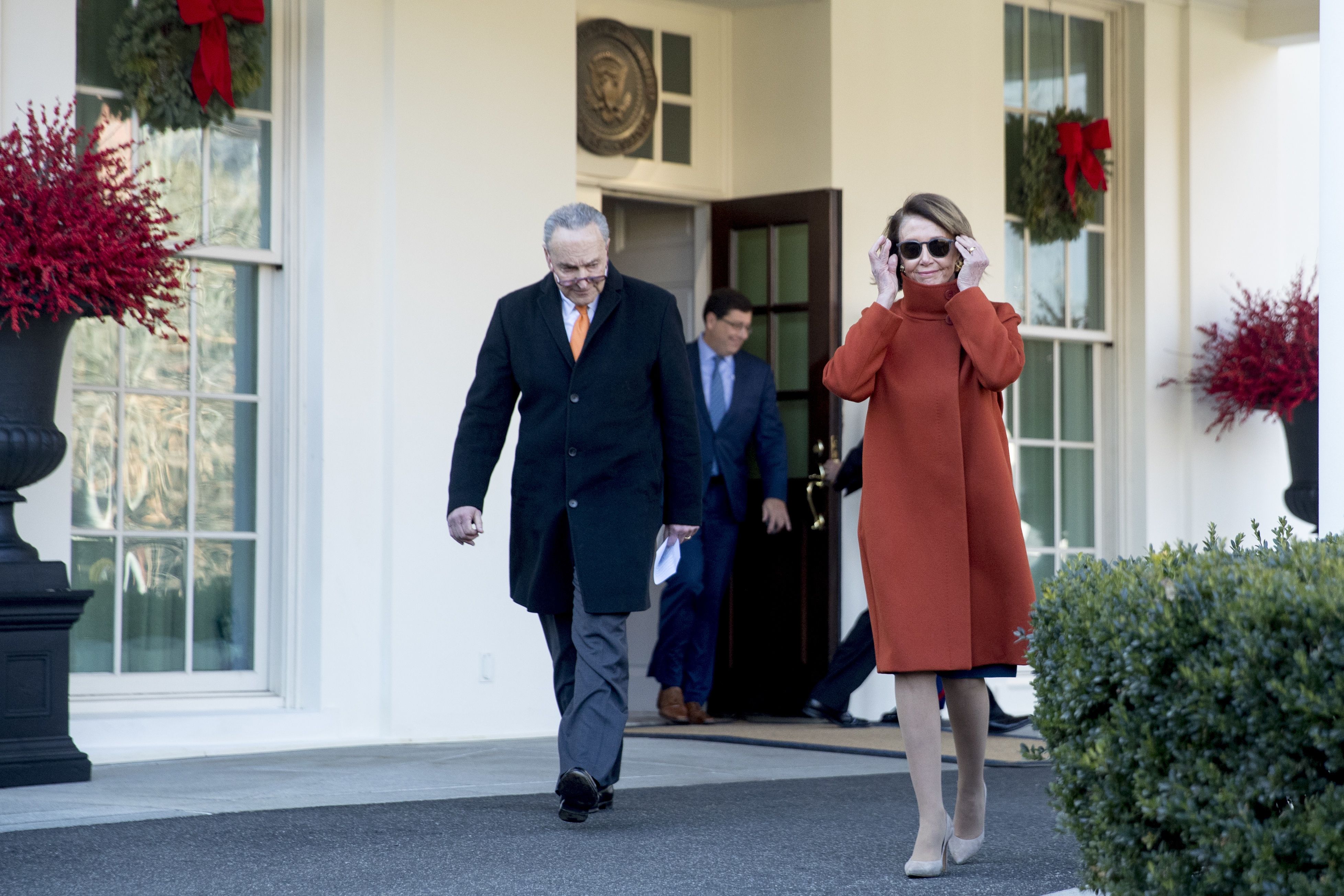 A day after schooling President Trump on-camera and then returning to the Hill to joke about his manhood, Speaker-designate Nancy Pelosi extinguished a months-long revolt among some younger House Dems by agreeing to term limits for top leaders.

Be smart: At almost every point during her time in leadership, going back to her 2001 run for Democratic whip, people have underestimated Nancy Pelosi at their own peril.

3. We may hear from Cohen again soon 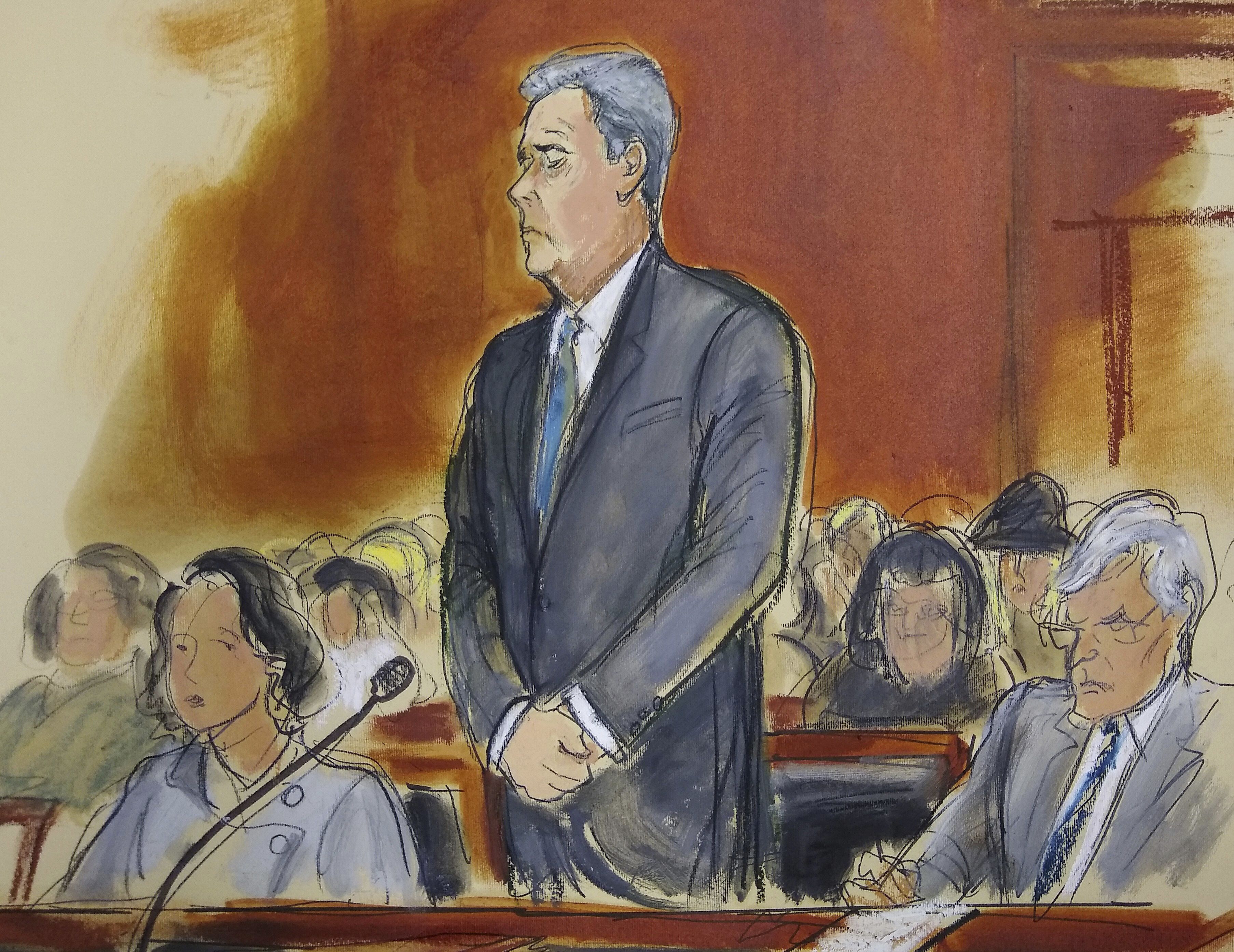 Michael Cohen listens as he is sentenced in federal court in New York yesterday. (Courtroom sketch by Elizabeth Williams via AP)

"Blind loyalty" ... A tearful Michael Cohen in court: "I have been living in a personal and mental incarceration ever since the fateful day that I accepted the offer to work for a famous real estate mogul whose business acumen I truly admired. In fact, I now know that there is little to be admired." The bottom line: Apple is more than fulfilling its pledge to create jobs and expand domestic operations. The company has added 6,000 U.S. jobs this year and is on track to reach the goal it set out in January of adding 20,000 domestic jobs by 2023. KATOWICE, Poland — Al Gore sat down with Axios' Amy Harder for an exclusive interview at the annual United Nations climate confab, which this year is being held in this old coal-mining city.

At the climate conference, concern is growing among some nations and activists about to what extent the Trump administration is lowering ambition for the Paris climate agreement.

"Chi­na’s top plan­ning agency [is] draft­ing the re­place­ment for Made in China 2025, Pres­i­dent Xi Jin­ping’s blue­print to make the coun­try a leader in high-tech," The Wall Street Journal's Lingling Wei in Beijing and Bob Davis in Washington report (subscription):

7. Bitcoin "not going to zero" 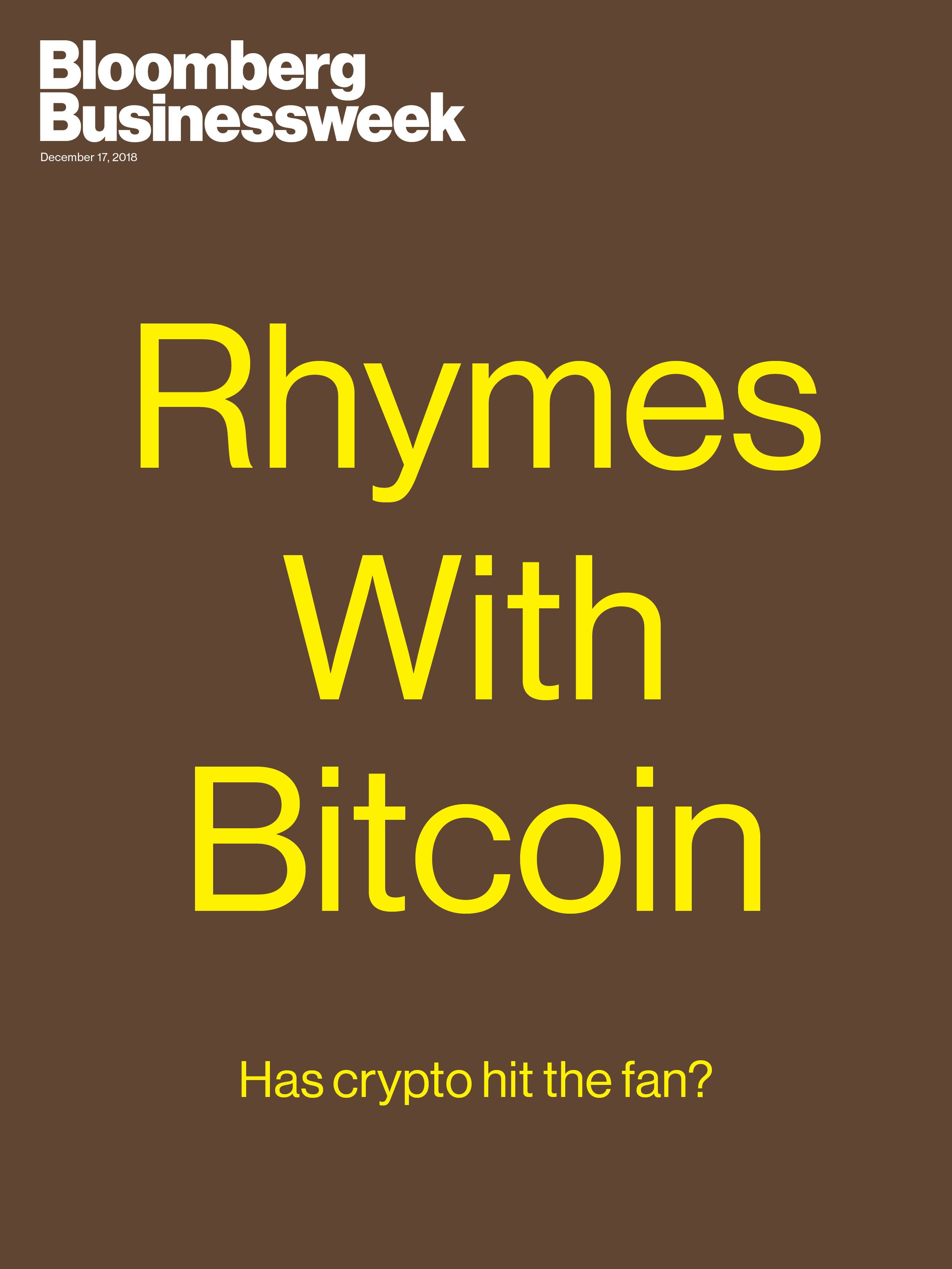 Mike Novogratz, former Goldman Sachs partner and hedge fund manager, made and lost a fortune on Bitcoin. He’s undeterred by its drop, he tells Bloomberg Businessweek's Erik Schatzker, even though we're a long way from the sense of inevitability when Bitcoin was on its way toward $20,000:

That was a drug, and I don’t say that lightly. When you’re in the speculative mania, testosterone is boiling over and there’s a lot of greed. The audience is more sober now — the drug is gone. If anything we’re on the other side, at the stage where there’s the pessimism, and the fear, and the “Oh my God, it’s going to zero.” But it’s not going to zero. We’re at the methadone clinic.

"The Boy Scouts of America is considering filing for bankruptcy protection as it faces dwindling membership and escalating legal costs related to lawsuits over how it handled allegations of sex abuse," The Wall Street Journal's Katy Stech Ferek reports (subscription): 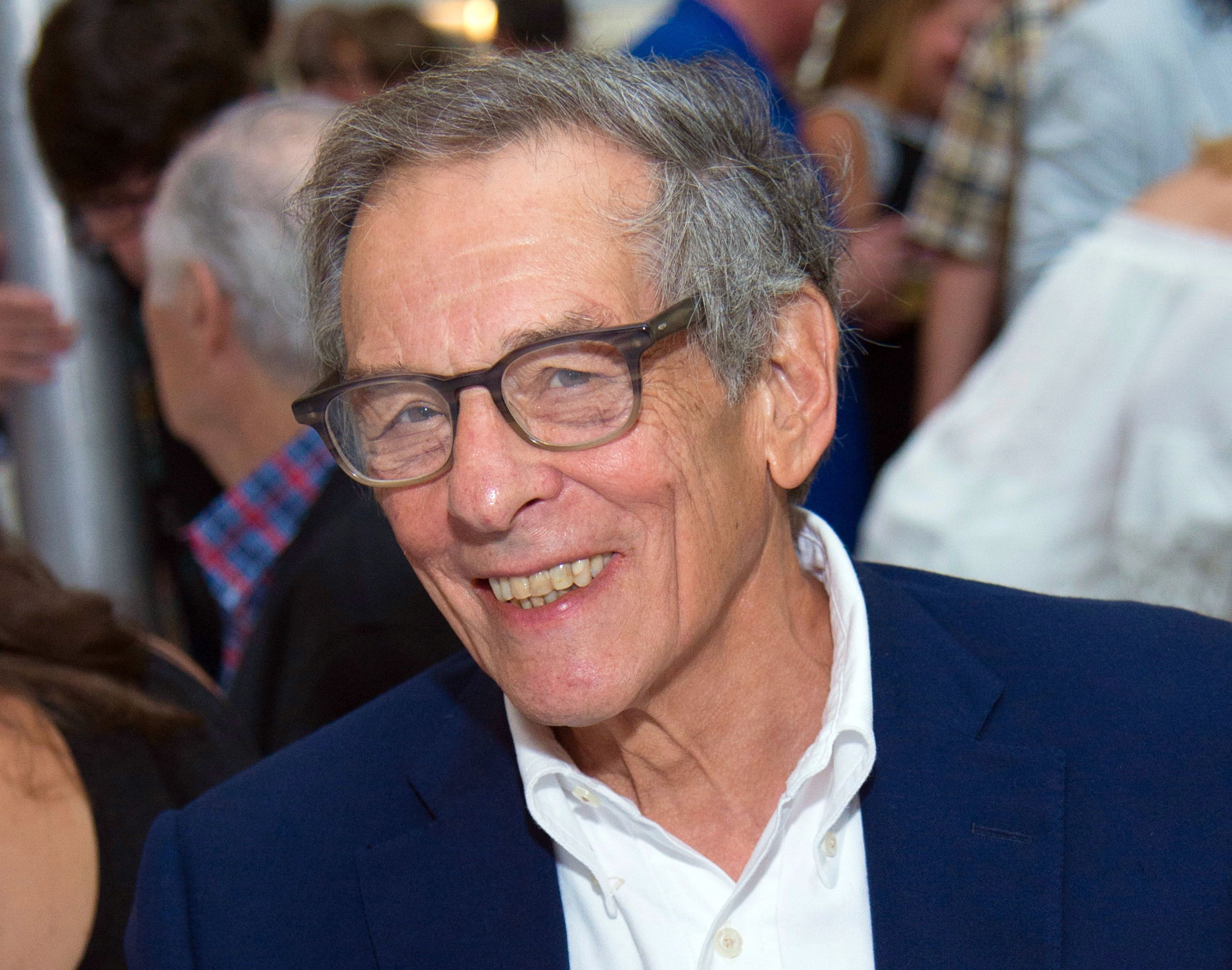 "Robert Caro's next book isn't his fifth and final volume on Lyndon Johnson or like anything he has done before," AP's Hillel Italie writes:

"In the introduction, the 83-year-old Caro writes that the 240-page 'Working' is not a 'full-length memoir,' which he still hopes to write":

"Here we have ... some scattered, almost random glimpses of a few encounters I've had while doing the research on the [Robert] Moses and [Lyndon] Johnson books, encounters both with documents and with witnesses."

"Caro does have disappointing news for those waiting for the next Johnson book":

The pizza pies on display at your typical New York shop are larger than the ones that the shops give customers to take home, N.Y Post columnist John Crudele discovered:

The math ... "Let’s say a full pizza costs $15, which we think is the typical price these days. And a slice of pizza goes for $2.50, also standard around Manhattan and in the ’burbs."

Personal safety/karma tip: We don't recommend the above move.