Pipe bombs sent to prominent Democrats were a wired manifestation of the toxic trajectory of the country's politics, with President Trump and the media blaming each other for the worst terror-by-mail campaign of the post-9/11 era.

Right wingers, led by radio hosts, quickly claimed (without evidence) a conspiracy against them.

The WashPost's Dan Balz calls it "a time of the politics of the apocalypse — an all-or-nothing view of the difference between winning and losing an election and of holding power or not holding it. ... This has been on the rise for a long time."

At a rally in Wisconsin last night, Trump followed a message of unity with an attack: "The media ... has a responsibility to set a civil tone and stop the endless hostility and constant negative and oftentimes false attacks."

CNN Worldwide President Jeff Zucker said in an extraordinary statement for a news executive: "There is a total and complete lack of understanding at the White House about the seriousness of their continued attacks on the media."

Be smart: A sad, highly predictable cycle ignites with every new spark: attacks on the media, wild claims of conspiracy, Twitter taunts and tirades, and breathless, endless cable coverage.

2. What we know: Maxine Waters added to targets

A suspicious package addressed to Rep. Maxine Waters of California — a regular target of President Trump, who has called her "low IQ ... a real beauty" — was found at a South Los Angeles mail facility, and the FBI called it similar to packages sent to Trump critics on the East Coast, the L.A. Times reports.

Crudely built pipe bombs were packed with shards of glass:

Both sides agreed on the terminology:

At last night's rally in Wisconsin, Trump said he was "trying to be nice" even as he accused a Democratic senator of being "radical." Talking about Leah Vukmir, the Republican Senate challenger in the Badger State:

P.S. "U.S. stock markets fell sharply, ... erasing all gains for the year and muddying one of President Trump’s favorite talking points two weeks before the midterm elections," per the WashPost. 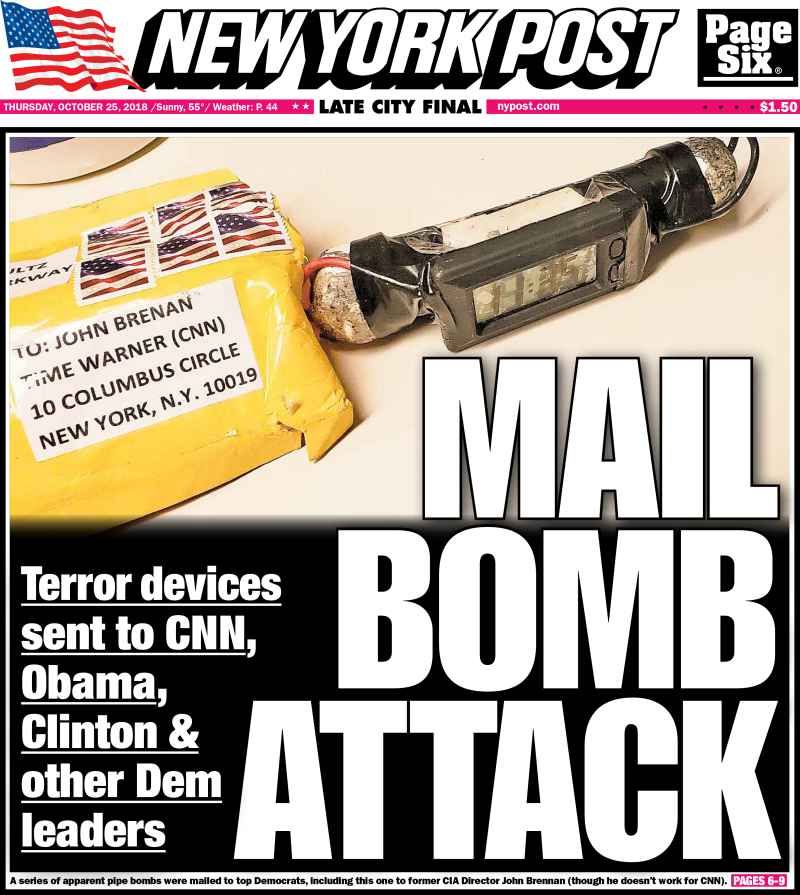 President Trump will hold at least 10 rallies in the final week before the midterms, possibly bumping up to two events each day in two states, Axios' Alexi McCammond and Jonathan Swan report.

Why it matters: This is a heavy load of campaigning for a sitting president. But Trump wants to defy the historical pattern of presidents losing congressional seats in their first midterm election.

"When President Trump calls old friends on one of his iPhones, ... Chinese [and Russian] spies are often listening," the N.Y. Times' Matt Rosenberg and Maggie Haberman report:

Why it matters: "Trump’s aides have repeatedly warned him that his cellphone calls are not secure, and they have told him that [Chinese and] Russian spies are routinely eavesdropping on the calls."

"Trump typically relies on his cellphones when he does not want a call going through the White House switchboard and logged for senior aides to see."

Current and former officials said they talked to The Times "out of frustration with ... the president’s casual approach to electronic security."

Between the lines: The groups placed the ads through Bully Pulpit Interactive (BPI), one of the country's largest progressive digital ad agencies.

Why it matters: "GDPR, which came into force in May, is one of the toughest personal privacy regimes in the world, giving EU citizens the right to demand companies disclose and delete information held about them."

The forthcoming issue of TIME is a special report on guns in America:

TIME editor in chief Edward Felsenthal, says in a letter to readers that JR, a Paris native, brings the theme of "our common humanity. His message [is] powerful and regrettably rare at this cultural moment." 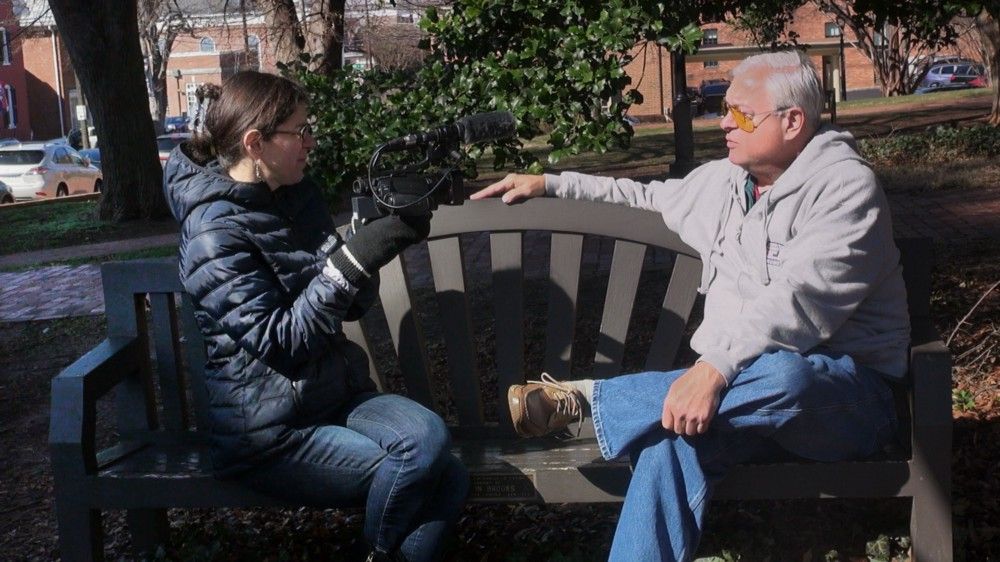 Alexandra Pelosi, the documentary filmmaker, brought her two sons (ages 10 and 11) on an odyssey across "real America" —to Trump rallies, to the still-under-construction border wall, and into the homes of Trump voters, the N.Y. Times' Shawn McCreesh writes:

"In one remarkable exchange, a fanatical supporter of the president tells Ms. Pelosi, without realizing exactly to whom he is speaking, that his ilk refer derisively to the far left as 'Nancy Pelosi’s grandchildren.'"

Trevor Noah, host of Comedy Central's "The Daily Show," told Axios' Alexi McCammond that "Republicans have a pretty easy job" in the midterm elections because they're "setting themselves up as the party of the white man."

What's next: "The Daily Show" is set to film a series of special live episodes in Florida next week ahead of the midterms.