☪️ Good Monday morning. Ramadan begins: Across the world, Muslims fast each day for the entire month, abstaining from food and drink from dawn to dusk.

China has detained an estimated 1 to 2 million Uighur Muslims (pronounced WEE-guhr), and millions more live one step away from detention under the watchful eye of the Chinese Communist Party, Axios World editor David Lawler reports.

"If ... any other country in the world was found to be detaining over 1 million Muslims of a certain ethnicity, you can bet we’d be seeing an international outcry,” says Sophie Richardson, China director for Human Rights Watch.

China has long waged a campaign of "assimilation and cultural destruction" in Xinjiang. But under President Xi Jinping it has dramatically escalated.

Trade talks between the U.S. and China appear to be on life support, with Beijing struggling to respond to a pair of tweets by President Trump that threaten an escalation of tariffs by the end of the week, Bloomberg reports.

Behind the scenes: A source tells Axios' Jonathan Swan that Trump thinks he's negotiating from economic strength, with the strong U.S. jobs numbers. 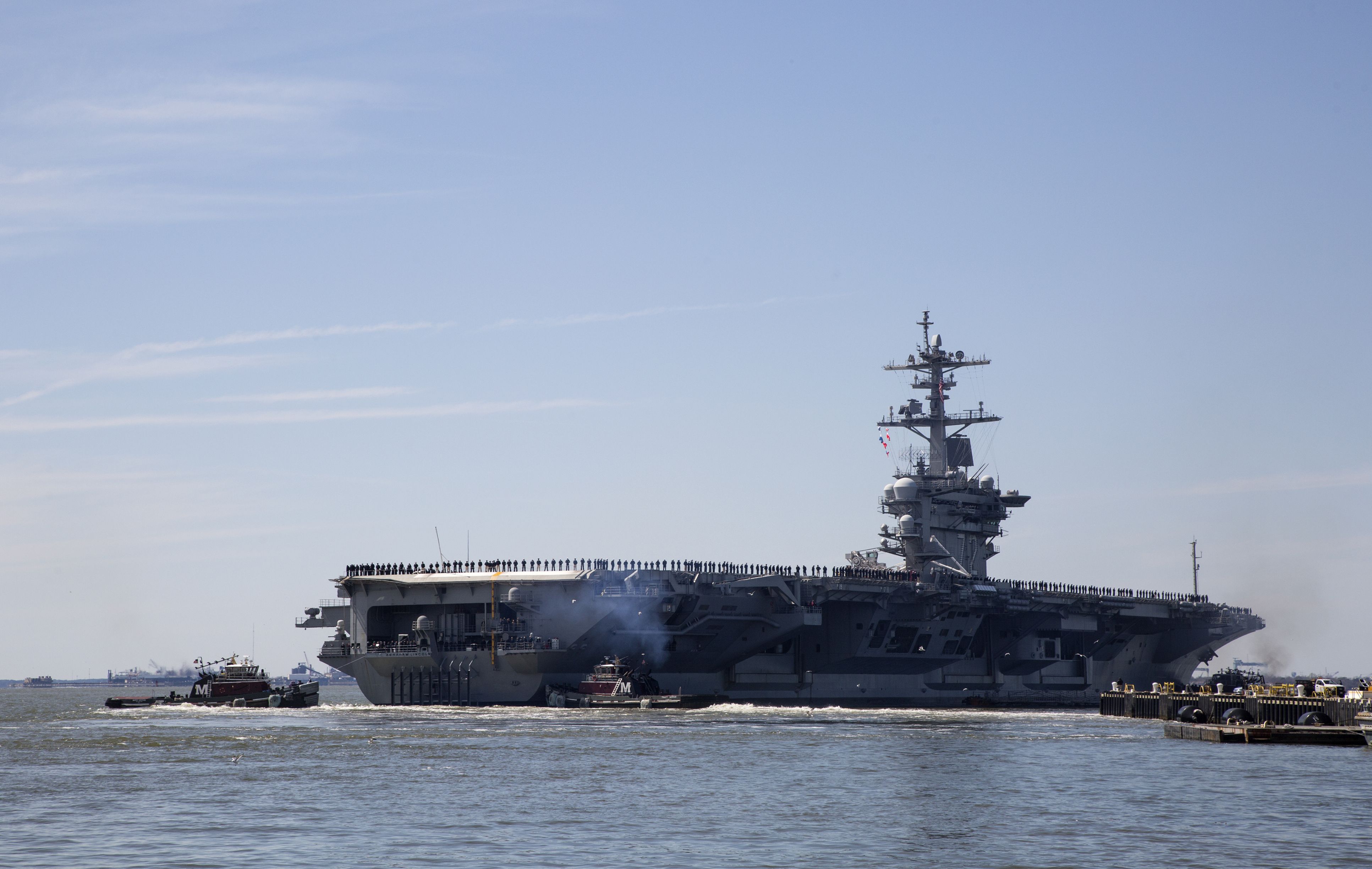 A White House decision to dispatch an aircraft carrier followed "clear indications" that Iranian and Iranian proxy forces were preparing to possibly attack U.S. forces in the region, a defense official told AP.

National security adviser John Bolton said last night: "In response to a number of troubling and escalatory indications and warnings, the United States is deploying the USS Abraham Lincoln Carrier Strike Group and a bomber task force to the U.S. Central Command region."

Why it matters: Behnam Ben Taleblu — a senior fellow at the Foundation for Defense of Democracies, and an Axios Expert Voices contributor — tells Axios' Jonathan Swan that the move "could make Iranian decision-makers think again." 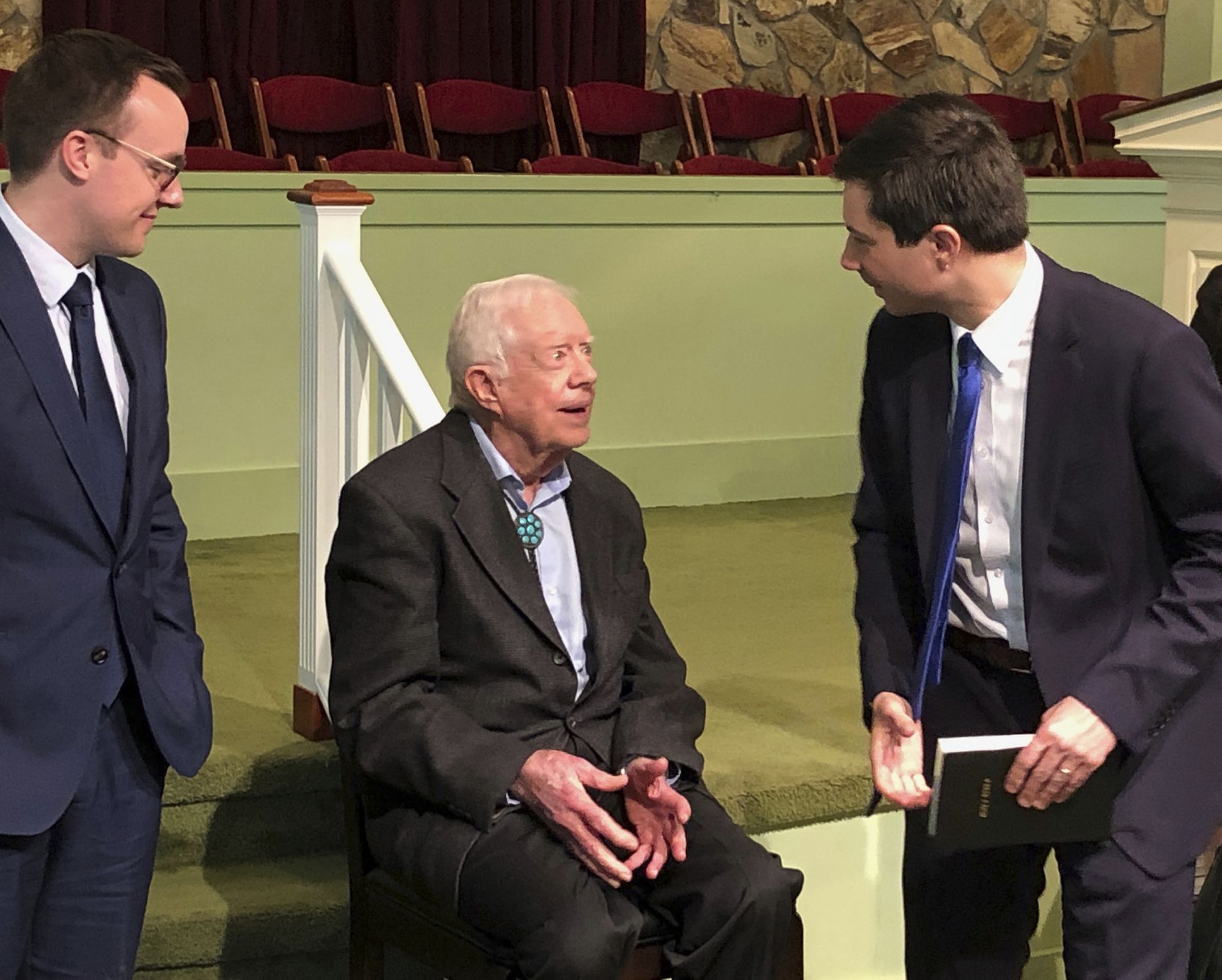 Buttigieg's campaign said he had lunch with the former president and Rosalynn. 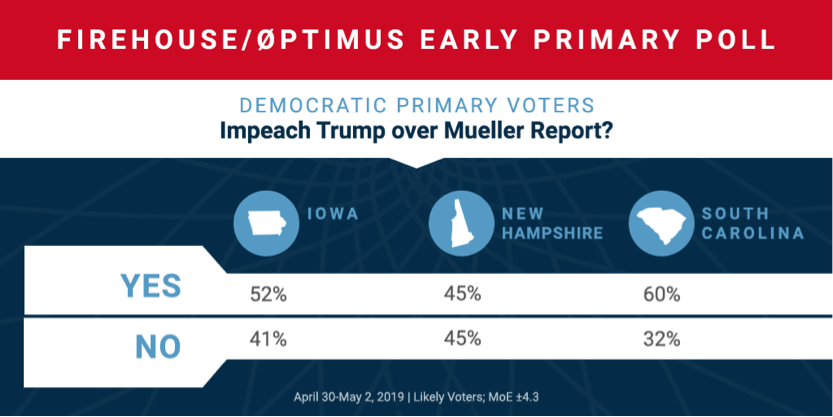 A new poll finds that Democrats in early-voting states are more inclined toward impeachment than leaders in Washington, but the numbers have dipped notably since polls earlier this year.

Another takeaway: The Biden surge is real, with a double-digit boost in all three states in the past three months.

Firehouse's Alex Conant: "Dem primary voters may be very liberal/socialist, but [they're] going to vote with their brains & not their hearts."

7. 💰 IPOs could mean jackpot for California

Uber and Airbnb are among at least six California-based companies valued at more than $1 billion expected to go public this year, creating a new class of millionaires and billionaires and a potential windfall for state budget writers, AP's Adam Beam reports from Sacramento:

Holy cow, this stat: In 2017, the top 1% of California earners were responsible for more than 47% of the state's income tax collections.

8. Hundreds of rockets fired into Israel 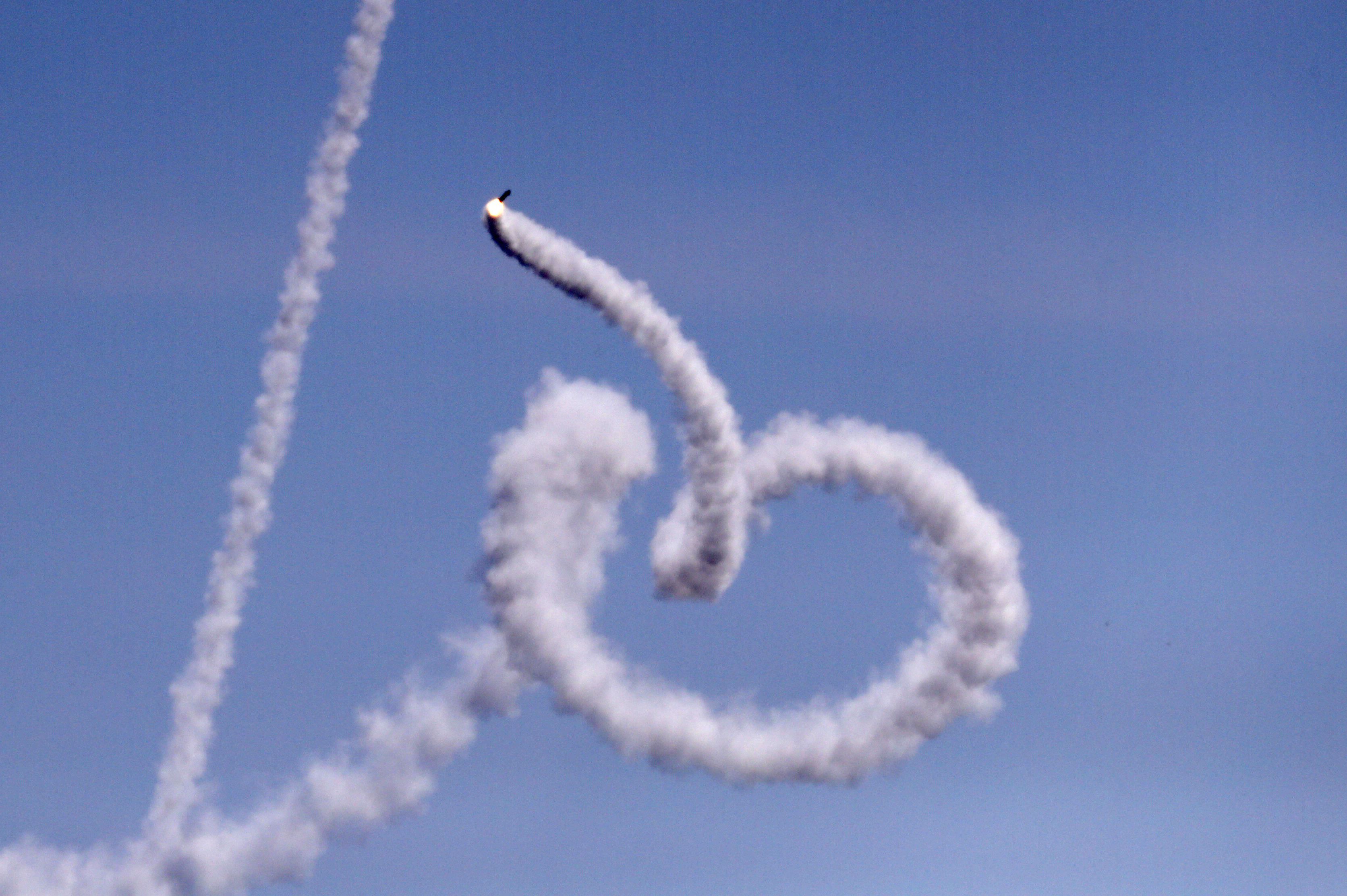 A picture taken from the southern Israeli village of Netiv Haasara shows rockets fired from the Gaza Strip on Saturday.

⚡ The latest: "A deadly surge in violence in the Gaza Strip and southern Israel petered out overnight and Palestinian officials reported that Egypt had mediated a truce" early today, Reuters reports.

"Avengers: Endgame" is the second-highest-grossing film of all time with $2.189 billion, after passing 1997's "Titanic," which earned $2.187 billion (unadjusted for inflation), per Hollywood Reporter:

Why it matters: "The new theme is intended to attract a younger and more diverse audience, while also aligning with the evolution of 'Morning Edition' into a newsier program, said Kenya Young, the executive producer."

Who knew it has lyrics (never used):