Advisers to President Trump say Joe Biden is the Democrat he most fears running against, and that Pennsylvania is the state he worries most about flipping against him.

Trump advisers say says Biden, like the president, conveys authenticity, is comfortable in his own skin, can work a crowd, and relishes throwing and returning punches.

A Democratic source close to Biden said he'd be strong with "Obama-Trump voters" in states like Pennsylvania, Michigan and Wisconsin where "the blue wall became the red threat" — Obama won them twice, then they flipped narrowly to Trump.

Republican sources tell me Pennsylvania, where Trump campaigned frequently and fervently in 2016, will be the toughest to hold of all the battleground states that put him in office.

Be smart: Trump told "CBS Evening News" anchor Jeff Glor just after the Singapore summit: "I dream about Biden. That's a dream. ... I'd love to have it be Biden." What Trump meant was "wouldn't." 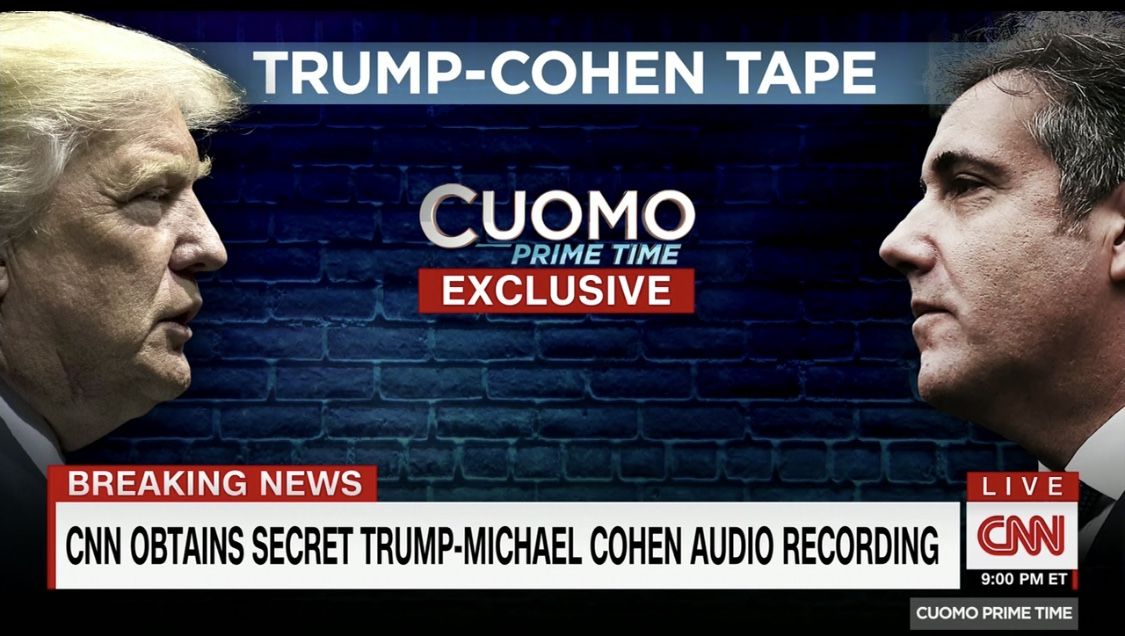 Davis, a damage-control maestro going back to the Clinton administration, told me: "Michael Cohen has made a turn. This is on the record — Michael and I talked about it."

Rudy Giuliani, a Trump lawyer, told Fox News' Laura Ingraham that the tape is exculpatory for the president.

3. "Willing to weaponize the information"

Why it matters ... Jonathan Swan's quick take on the tape: 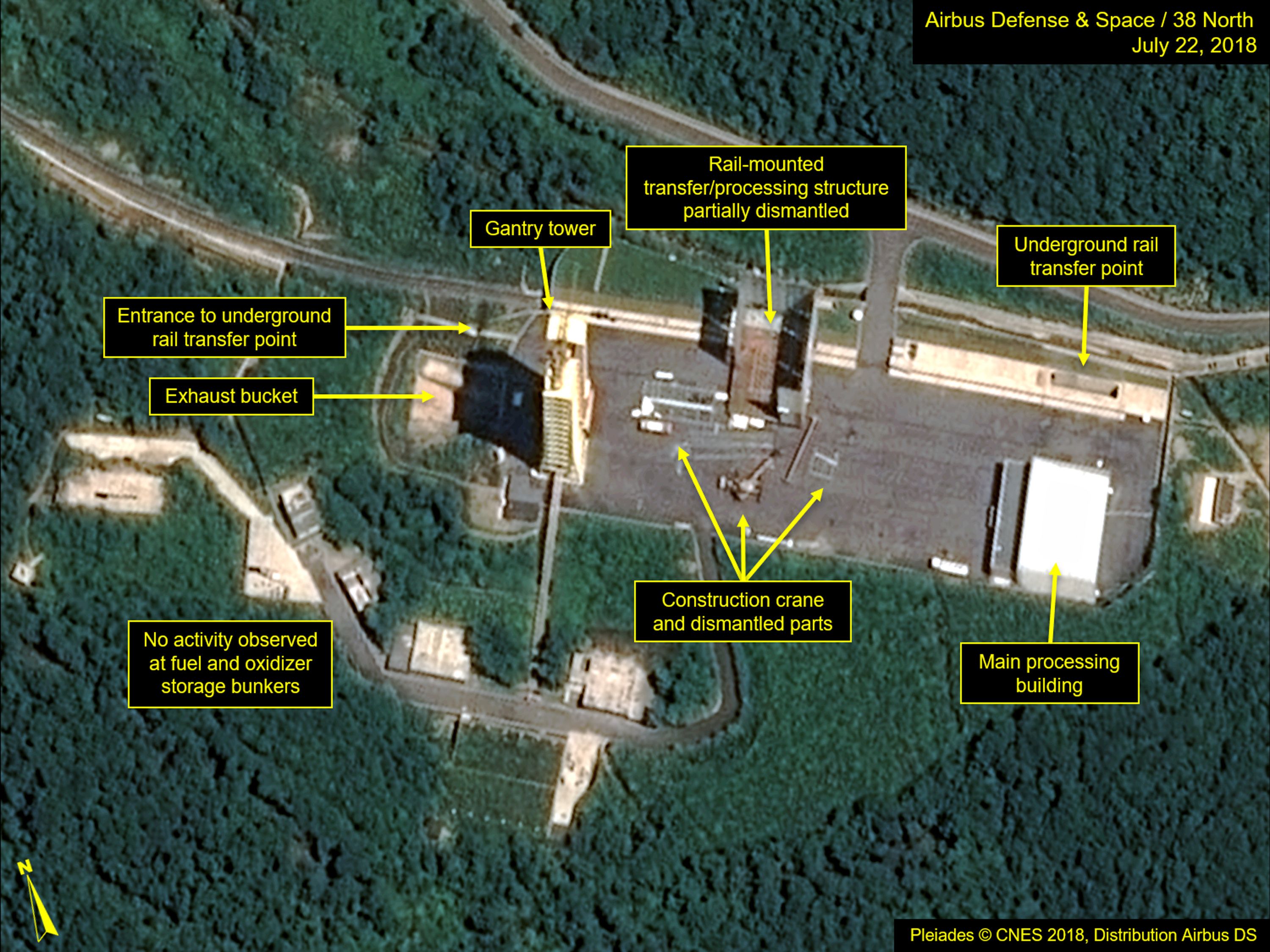 "This July 22 satellite image released ... and annotated by 38 North shows what the U.S. research group says is the partial dismantling of the rail-mounted transfer structure, at center, at the Sohae launch site in North Korea," per AP.

A story on page 2 of USA Today's "Money" section carries the astonishing subhead: "Starting Aug. 1, you can print an AR-15 at home."

Be smart: "The plans being made freely available next month put firearms a few computer key clicks away from anyone with the right machine and materials. That reality has startled gun control advocates, who say it makes untraceable firearms all the more available."

New 5G networks are expected to supercharge wireless speeds and trigger an explosion of new services — but they also may exacerbate the digital divide and leave out wide swaths of rural Americans, Axios managing editor Kim Hart writes. 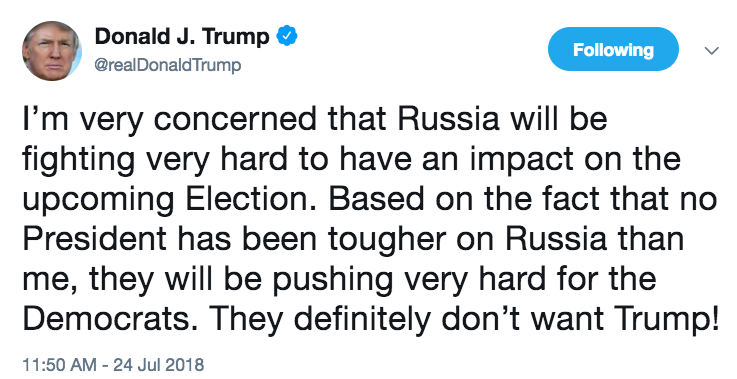 "And just remember: What you’re seeing and what you’re reading is not what’s happening."

7. Trump insulating from outside world

"On the first couple’s recent trip overseas, Melania Trump’s television aboard Air Force One was tuned to CNN. President Trump was not pleased," the N.Y. Times' Katie Rogers and Maggie Haberman report.

Why it matters: "The channel-flipping flap was the latest example of how Mr. Trump, at a pivotal moment in his presidency, is increasingly living in a world of selected information and bending the truth to his own narrative."

“This trade war is cutting the legs out from under farmers and White House’s ‘plan’ is to spend $12 billion on gold crutches. ... This administration’s tariffs and bailouts aren’t going to make America great again, they’re just going to make it 1929 again."

"Potential perils are in plain sight: An intense and unpredictable tariff battle ... The annual federal deficit is heading toward $1 trillion. Credit card debt is soaring. And the synchronous wave that lifted every world economy at the year’s start has dissipated," the N.Y. Times' Patricia Cohen writes:

Growing up in the L.A. area, I loved how New York Times headlines (sadly, I got the The Times in the mail during high school) referred to California as "The West."

Lynda Richardson and Steve Reddicliffe, editors on the Travel desk, yesterday posted a mea culpa for not "getting" L.A. in a story coming in Sunday's paper, "L.A. Reverential":

Thank you for reading. Updates all day on Axios.com.