Situational awareness: President Trump plans to meet Russian President Vladimir Putin during a visit to Europe next month, likely in Vienna, according to The Times of London. The plan appalls U.K. officials and adds to fears about Trump’s commitment to NATO.

1 big thing: The biggest blunder of the Trump presidency

The Pope, the U.N., Bono, every living first lady (including his wife), a conservative radio host (Hugh Hewitt) who said this could be his Katrina, a Republican senator (Ted Cruz), a top aide (Kellyanne Conway), his oldest daughter.

So in a dramatic retreat he had hoped to avoid, Trump signed an executive order ending the administration's policy of separating children at the southern border if their parents were caught entering the U.S. illegally.

Mark Penn of The Stagwell Group, an expert on swing voters who has counseled the Clintons and top corporations, told me that outrage about the policy had blunted the momentum Trump was enjoying from the economy and the North Korea summit.

Be smart ... A source close to Trump tells me: 'This was the biggest communications fail I’ve seen out of this White House, and that’s really saying something. The President, senior staffers, Cabinet members, and outside surrogates all trumpeted different talking points." 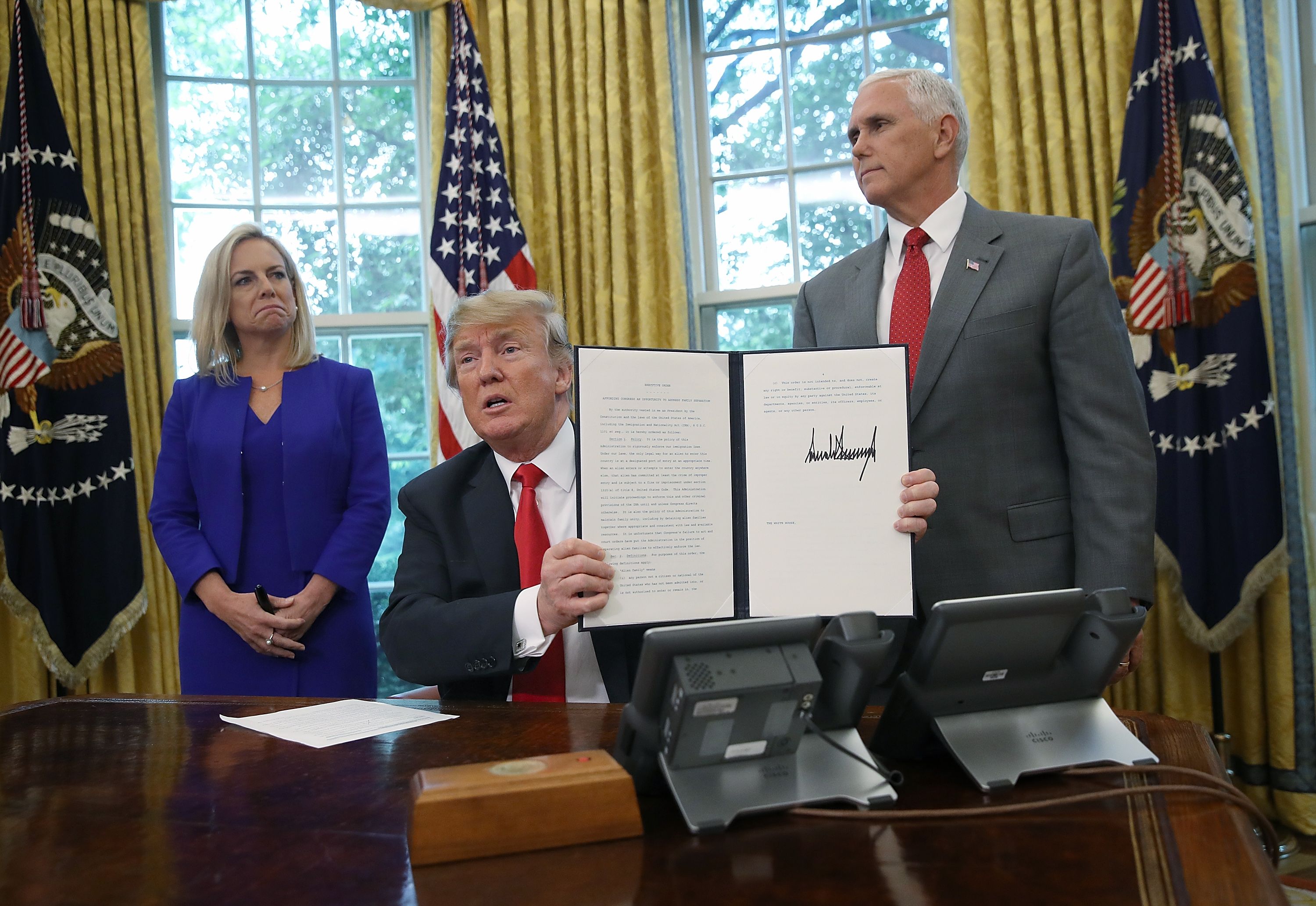 Video from N.Y. Times: Last night, "a group of seven boys, who appeared to be unaccompanied migrant children, arrived at New York’s La Guardia Airport from Texas amid a debate about the separation of minors."

So many sad, panicked people on the move ... The Rohingya forced out of Myanmar to Bangladesh ... teenagers from Mexico and Central America seeking safety in the United States ... Syria's war refugees ... men from South Sudan and Nigeria crossing the Mediterranean Sea to feed their families.

They're all part of a human wave roiling every continent, AP's Lori Hinnant and Colleen Barry report:

Be smart, from the N.Y. Times' Megan Specia: "[T]he vast majority of the world’s refugees have not gone very far and are largely living in neighboring countries."

3. Can Americans "be numbed to just about anything?" On how Trump differs from past presidents, TIME's Karl Vick writes: “For the first 240 years of U.S. history, ... our most revered chief executives reliably articulated a set of high-minded, humanist values that bound together a diverse nation by naming what we aspired to: democracy, humanity, equality. ... Donald Trump doesn’t talk like that."

P.S. Pulling back the camera: "The politics of rage that animated Mr. Trump’s political rise now dominate the national conversation, as demonstrated repeatedly during the debate over his 'zero tolerance' immigration policy," the N.Y. Times' Peter Baker and Katie Rogers write in a front-page White House Memo, "Incivility Infests Life in the U.S. On Trump’s Cue."

"The White House is set to propose merging the Labor and Education departments as part of a broader reorganization of the federal government," The Wall Street Journal's Michelle Hackman and Eric Morath report:

Possible name: "Department of Education and the Workforce." (Education Week)

Amid sounds and images of families being separated, there's been a big jump in the past week in the percentage of Americans who say immigration is the most important issue facing the country, according to a new Axios/SurveyMonkey poll.

Former New York Mayor Mike Bloomberg "has approved a plan to pour at least $80 million into the 2018 election, with the bulk of that money going to support Democratic congressional candidates," the N.Y. Times' Alex Burns reports.

Be smart: Bloomberg's commitment is a step toward running for president as a Democrat in 2020, and some longtime allies think/hope he might get the band back together. 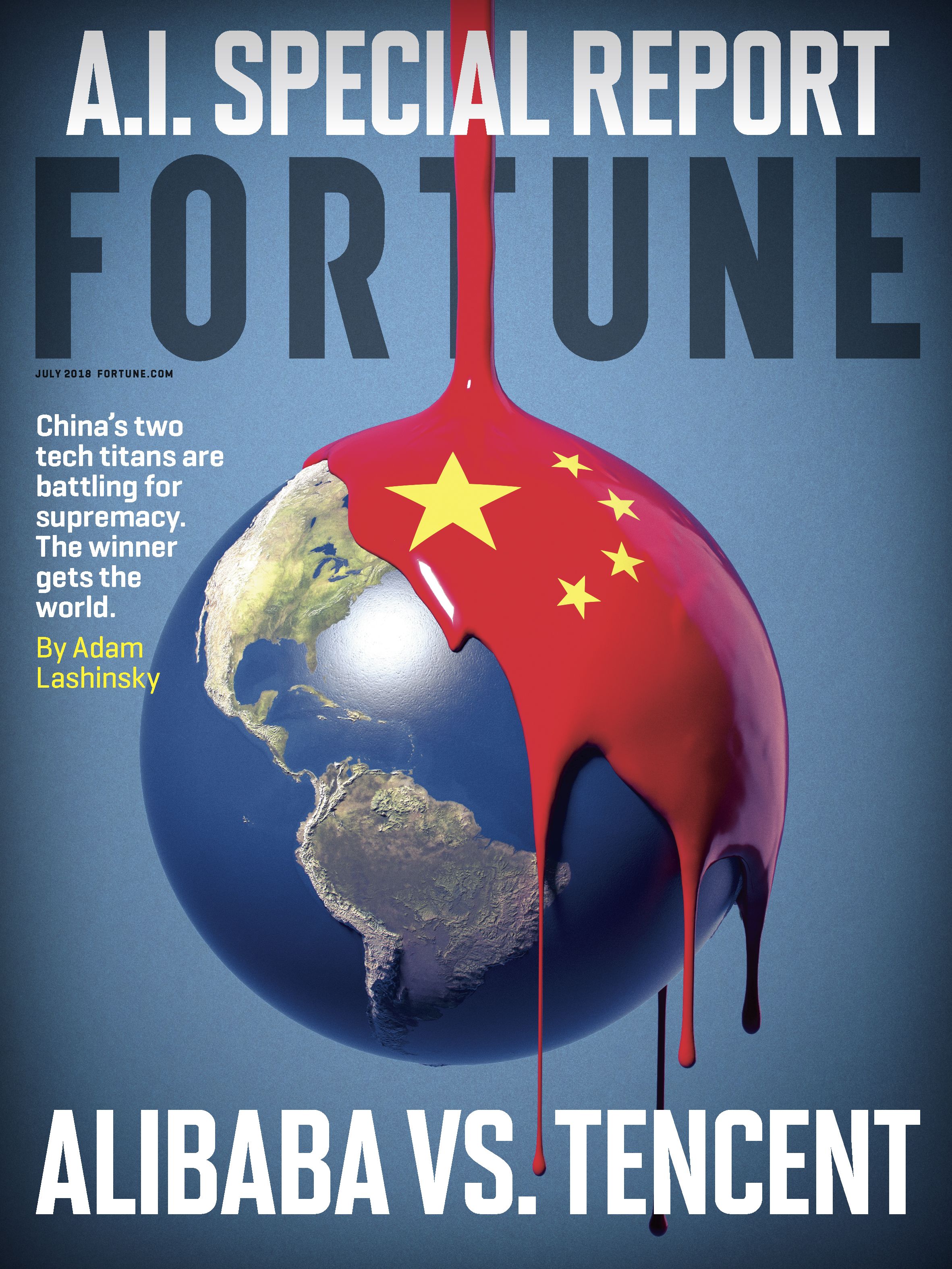 "Jack Ma of Alibaba and Pony Ma of Tencent built tech empires that dominate China’s digital economy. Is the world big enough for both of them?"— FORTUNE's Adam Lashinsky writes:

"The American economy has picked up speed and is now on course to expand this year at the fastest rate in more than a decade," N.Y. Times economics writer Nelson Schwartz reports in a front-pager, "Economic Surge Gives President More Firepower in Trade Battle." 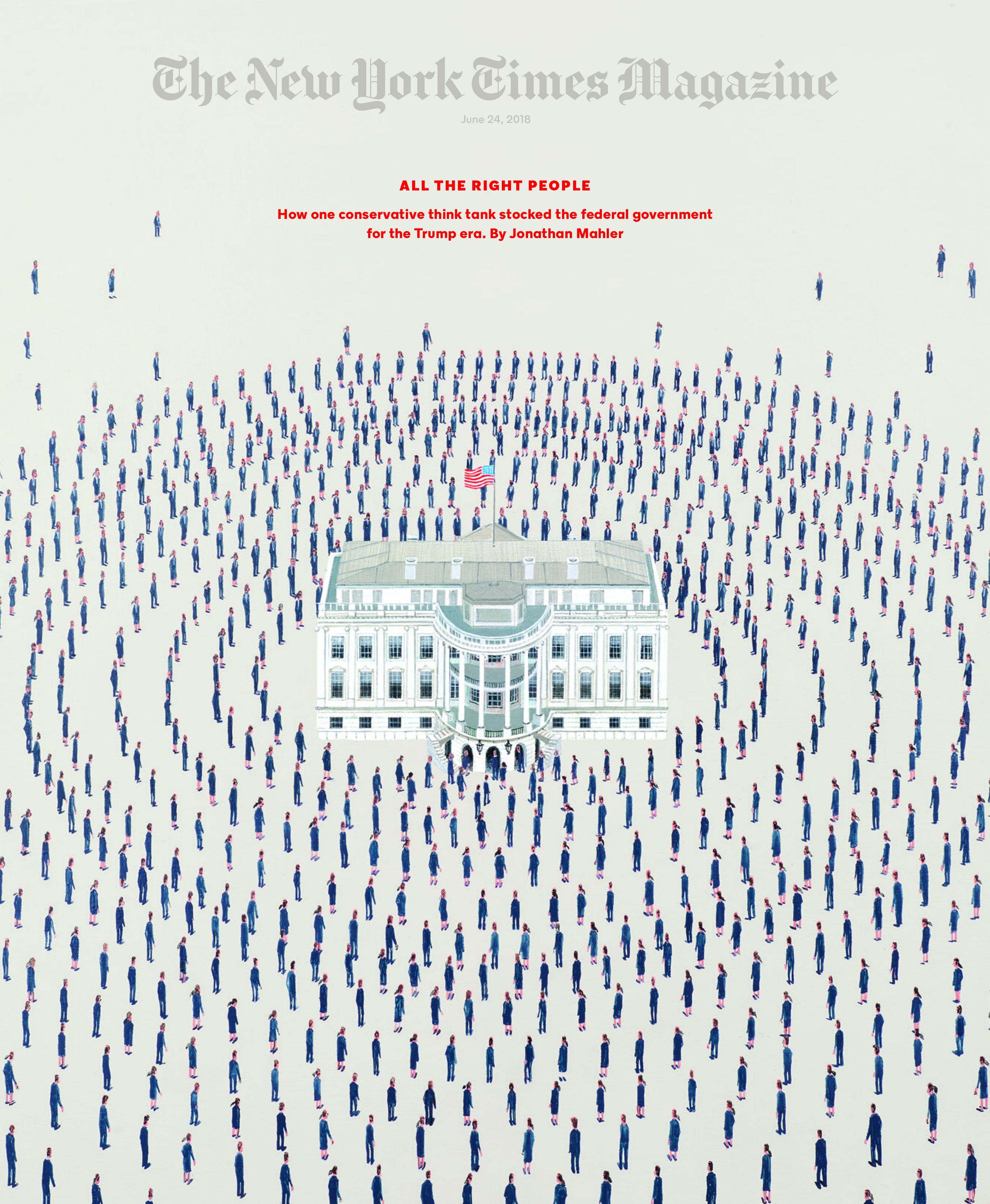 Illustration by Andrew T. Warman for The New York Times

N.Y. Times Magazine cover story, "How One Conservative Think Tank Is Stocking Trump’s Government ... By placing its people throughout the administration, the Heritage Foundation has succeeded in furthering its right-wing agenda," by Jonathan Mahler:

Duran Duran's John Taylor and Nick Rhodes stopped by a Snapchat exhibit in Cannes, France, yesterday to play a keyboard (I tried it) that lights up the wall with Snaps that correspond to the notes you're playing.

The exhibit — "Sound Stories," by artist Christian Marclay — has taken over La Malmaison art gallery on the main drag of the Cannes Lions International Festival of Creativity, an annual media bacchanal(ish) that draws advertising and media execs for a lavish week of rosé and innovation. As provided by Snap:

"All Together" features over 400 Snaps, sequenced by Marclay to create a sound composition across 10 smartphones displayed on a curved wall. The small screens and their internal speakers create an intimate and spatial orchestra of synchronized found sounds and images, culled from the everyday moments publicly shared on Snapchat. 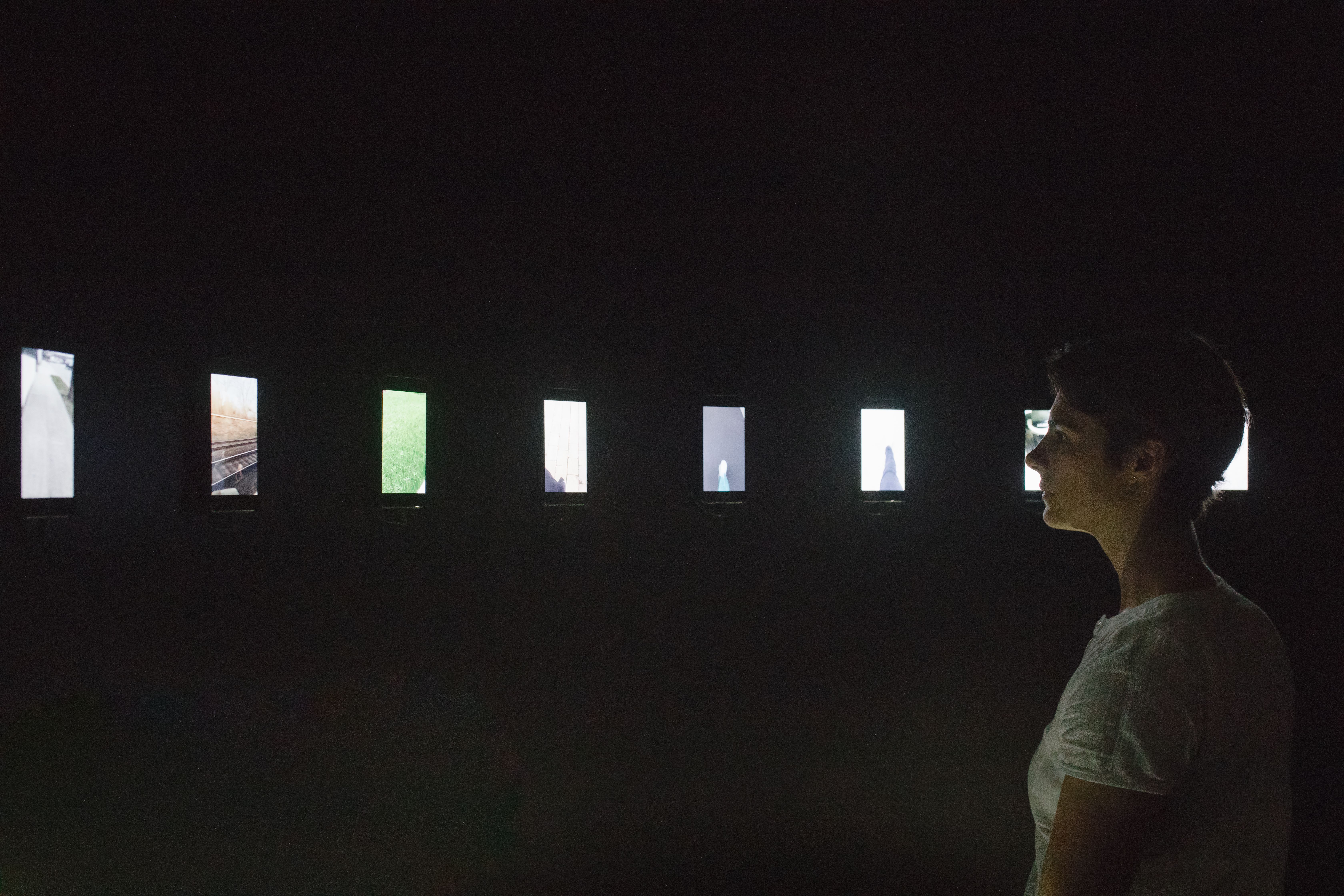 At "The Organ," visitors are invited to play a keyboard in the center of the room. "The Organ" draws from a library of millions of raw, publicly-posted Snaps, organized by the pitch of their audio. The keys of the interactive keyboard trigger a set of Snaps that closely match each musical note played. Go deeper, via the N.Y. Times.