☕️ Happy Friday, and welcome to Labor Day weekend. Thanks for an epic summer.

With speculation hot among the president's legal team that today could be a day for action by Bob Mueller (last working day before Labor Day), remember all the evidence the special counsel has — or could have — that we haven't seen:

Why it matters, from Bob Bauer, former White House counsel to President Obama, and now an NYU Law professor: 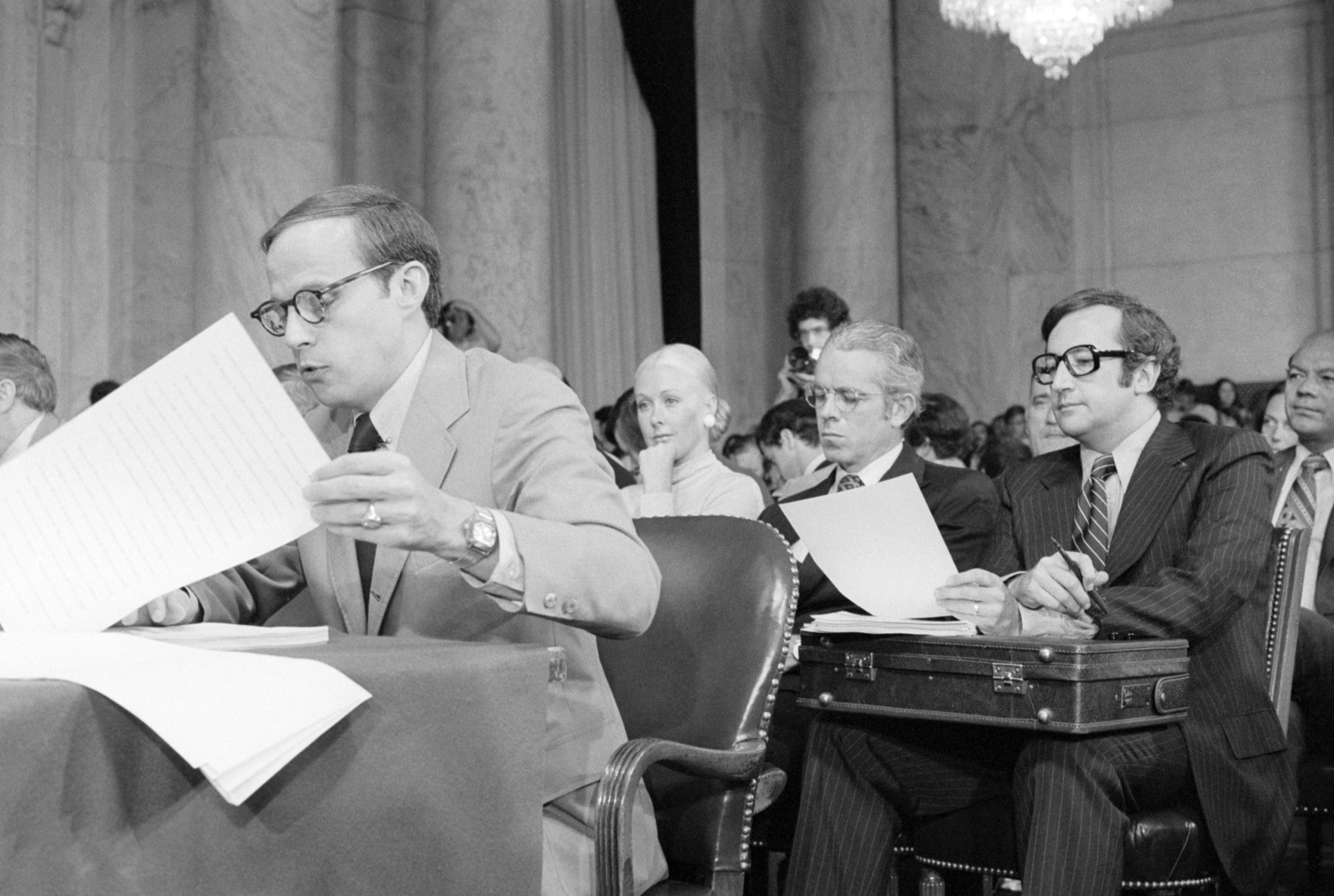 "Democrats trying to defeat Kavanaugh's nomination have asserted that Trump chose him for the court because he would protect the White House from special counsel Robert Mueller's Russia investigation."

Original caption for the pic above:

As top Facebook and Twitter execs head to Capitol Hill to testify next week, the tech companies are caught in a partisan vise — between privacy-oriented critics on the left who fear further election interference, and newer charges from the right of anti-conservative bias and censorship.

Be smart: The companies are all adopting different versions of a “we’re different from all the others” strategy, and that could let aggressive legislators divide and conquer them on the road to regulation. 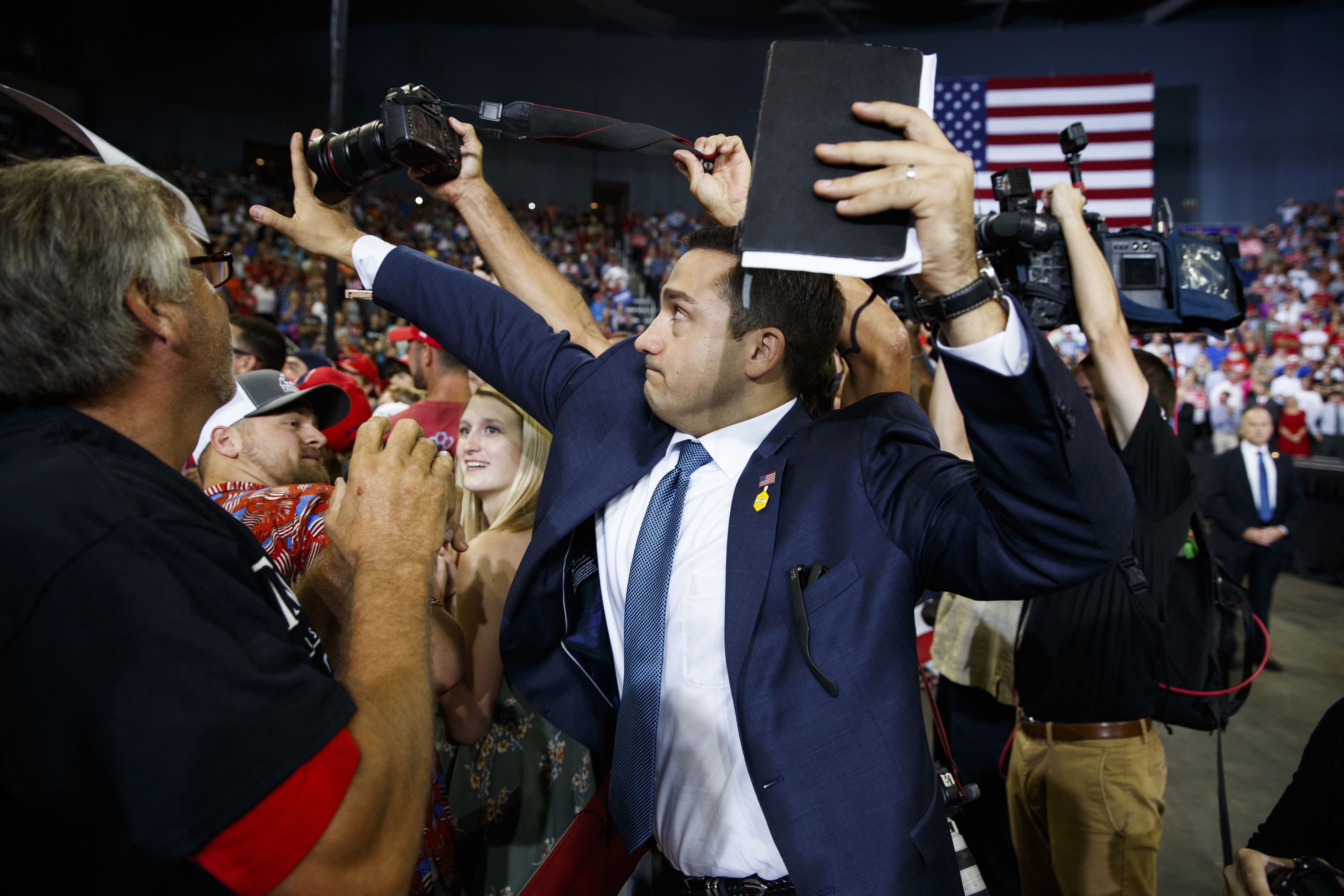 "A volunteer member of the advance team for President Donald Trump blocked a photojournalist's camera as he tried to take a photo of a protester during a campaign rally in Indiana," AP reports:

Here are a few factors that might derail the corporate boom: 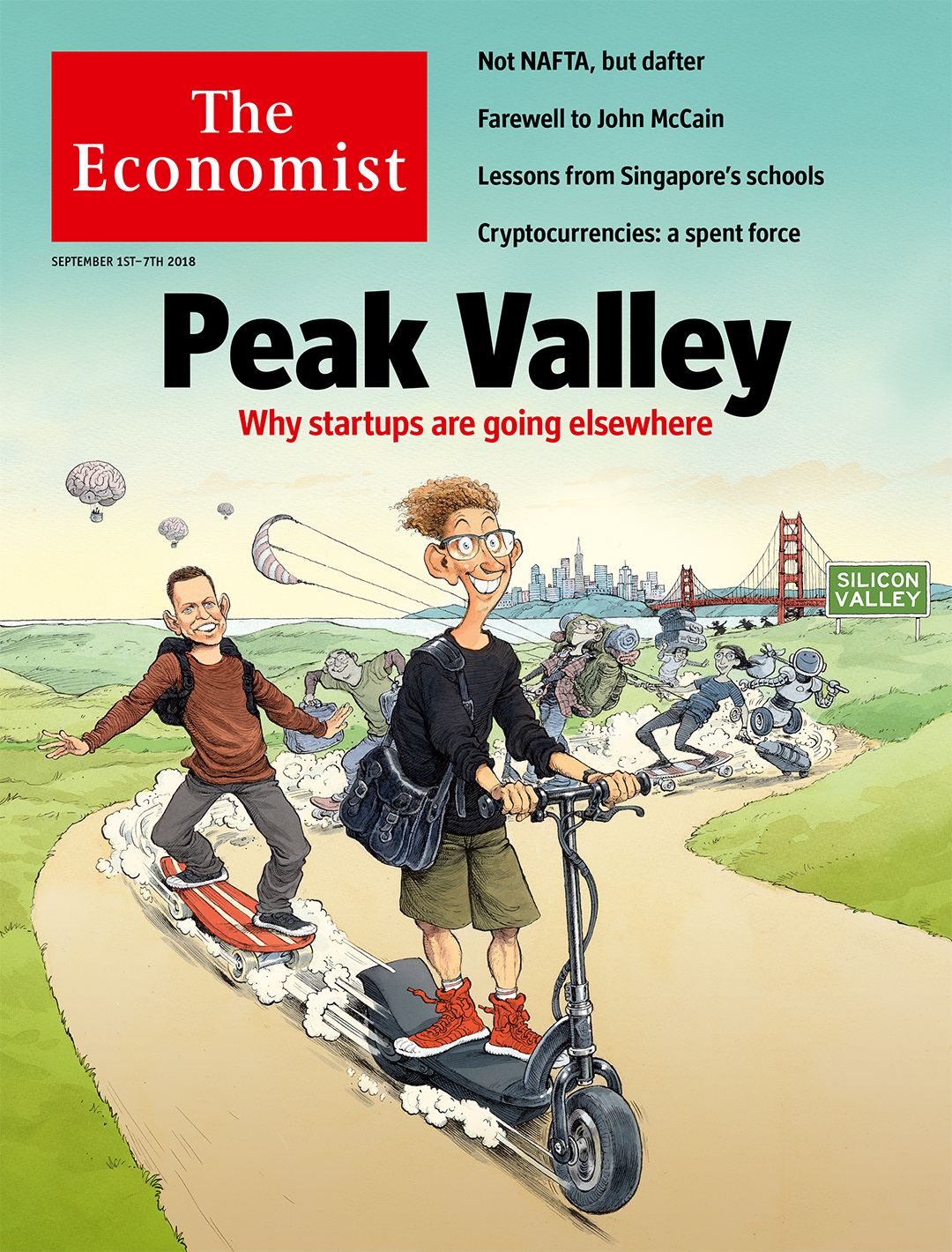 "'Like Florence in the Renaissance.' That is a common description of what it is like to live in Silicon Valley," The Economist writes in its cover editorial:

"But there are signs that the Valley’s influence is peaking": 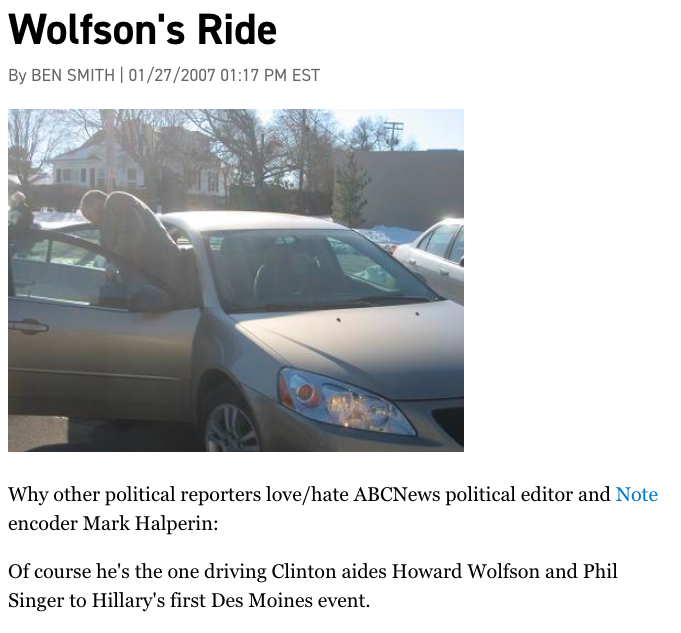 "As the institutions of journalism gear up for another presidential campaign, we face an audience that isn’t just bored by tactical, amoral, insidery, and mostly male-dominated political reporting: Americans of all political stripes now actually hate it."

"The game changer, the horse race, the Hail Mary — apt, perhaps, for the party politics of the 1990s and 2000s — are painfully inadequate for the movement politics of a new era, with higher stakes, higher passions, and far wider interest."

What's new: "Powerful coverage of movement politics allows your audience to taste the appeal of the Kool-Aid, even if the reporter isn’t drinking it." 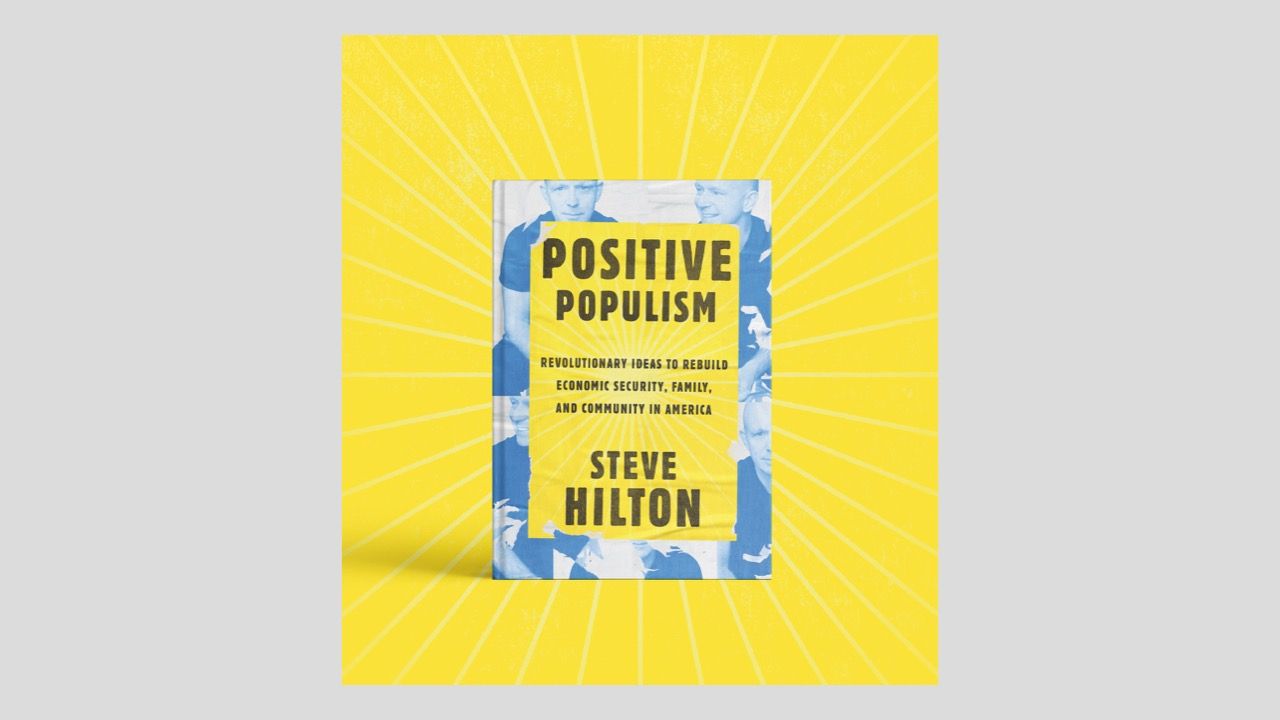 Steve Hilton, host of Fox News' "The Next Revolution" (Sundays @ 9 p.m.), will be out Tuesday with "Positive Populism: Revolutionary Ideas to Rebuild Economic Security, Family, and Community in America" (Crown Forum).

"Until now, populism has been defined by the people who don’t believe in it. It has been characterized by elites on the left as 'nativist,' even 'racist'; by elites on the right as 'unconservative' or 'anti-capitalist.'"

"[T]here are good reasons for the rage at today’s establishment: insecurity in the present, anxiety about the future, and impatience for change. ... But anger without an agenda leads to self-pity and further frustration."

"That’s why the populist revolution needs to be fashioned into a coherent and positive political philosophy, one that understands and respects today’s anti-elite sentiment but channels it away from any dark ends toward constructive and lasting transformation of our economy, society and government."

"[T]here is a dark shadow overhanging the populist awakening. ... So let’s not appeal to people’s worst impulses rather than their best. Let’s not unite people in fear and anger. Let’s bring them together for greater purpose." 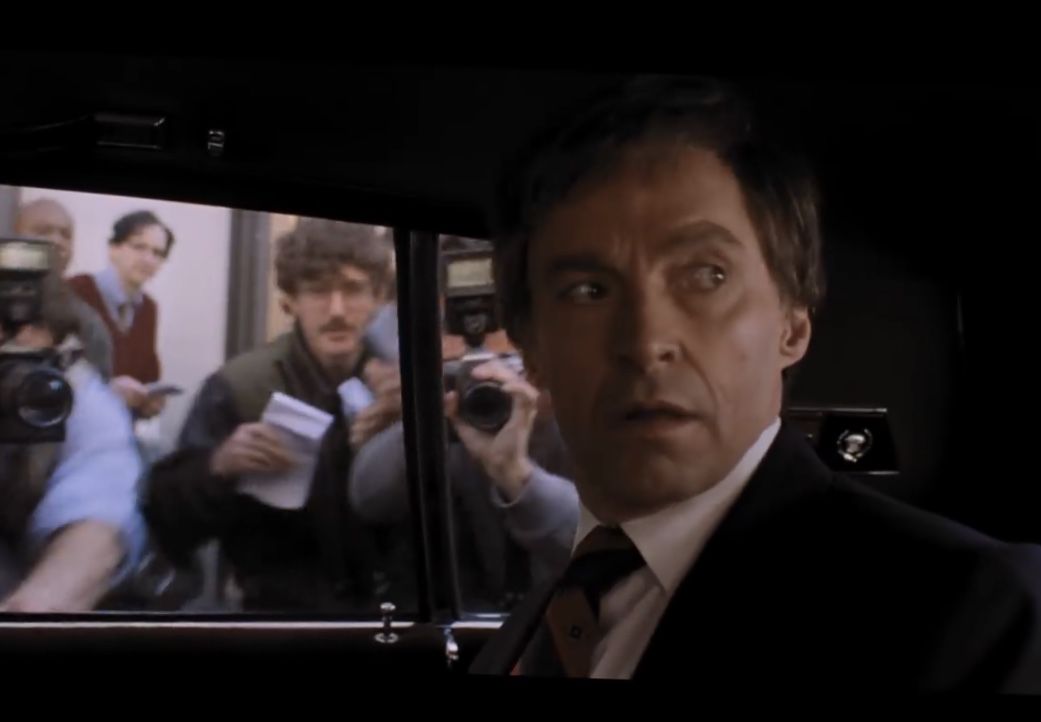 In theaters Nov. 7 ... The trailer is out for "The Front Runner," a movie based on Matt Bai's book about the sex scandal that took down Gary Hart's 1988 presidential campaign. (hat tip: Dan Primack)

Thanks for reading. We'll have updates all day — and all weekend — on Axios.com.