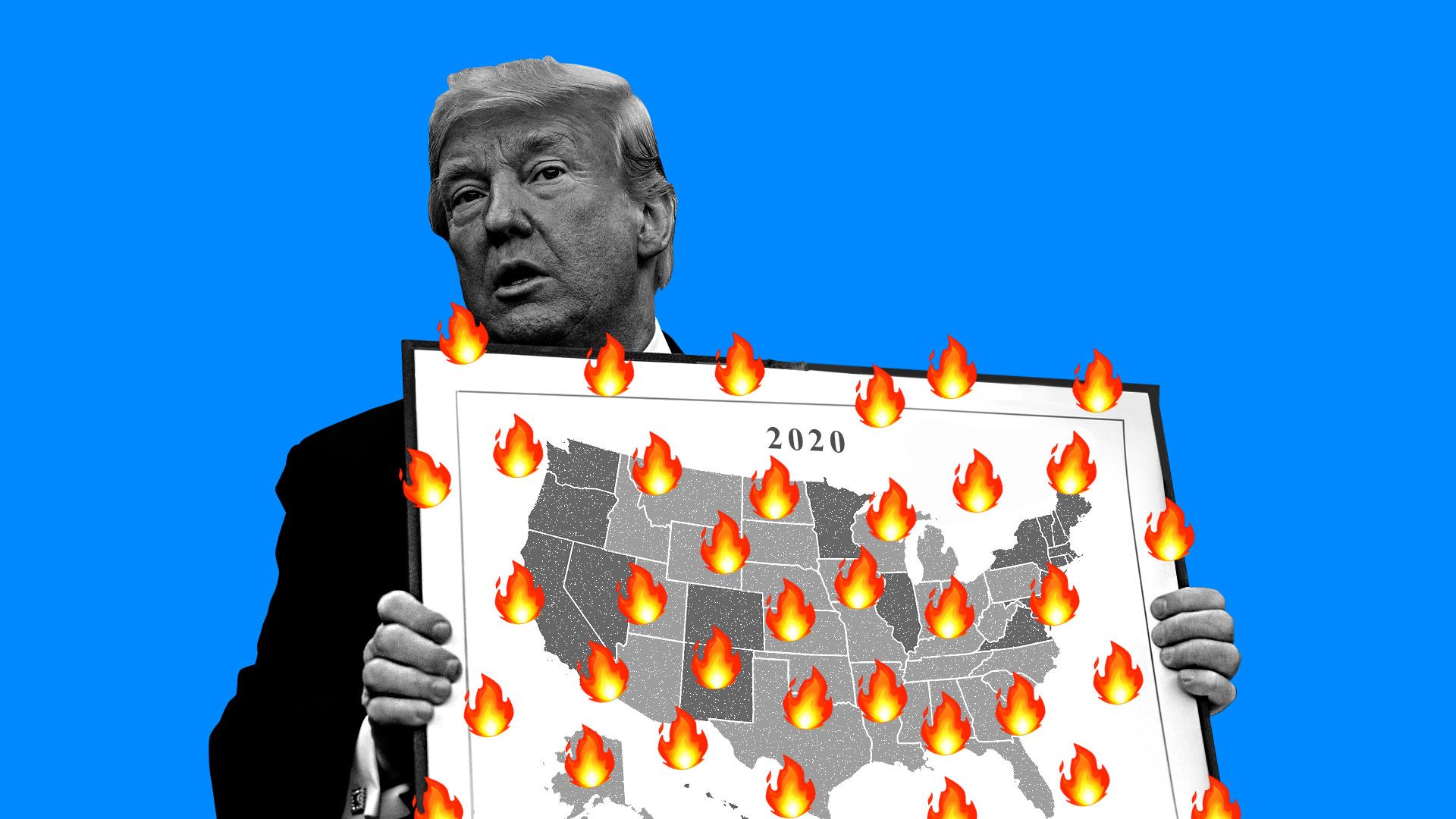 Recent polling in a slew of states that carried President Trump to his thin win in 2016 show him starting 2020 in a deep hole.

Why it matters: Trump's margin for error this time is much smaller, because he's being squeezed from the north and the south.

But Trump allies tell me their 2016 upsets reduce their current worry:

Be smart: "I’d sooner be the Dems than Trump," David Axelrod, Obama's campaign architect, told me. "He drew an inside straight in 2016 with narrow wins in Wisconsin, Michigan and Pennsylvania. He is vulnerable today in each, with no obvious prospect of adding a state to his column in 2020." 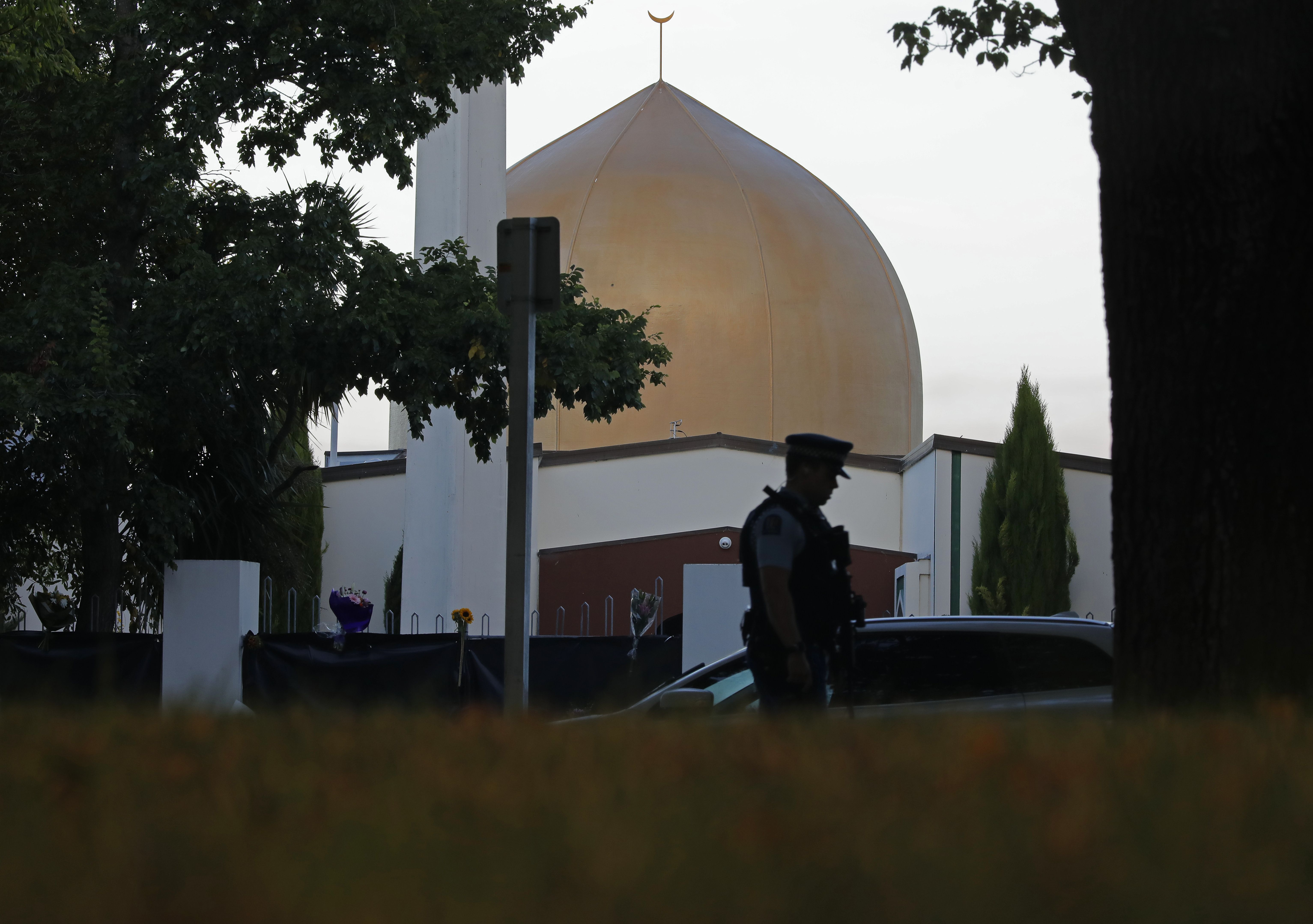 A police officer guards Al Noor mosque in Christchurch, one of the shooting sites. (Vincent Yu/AP)

Attacks on an African-American church in Charleston, a synagogue in Pittsburgh and now mosques in New Zealand have worshippers and their leaders rethinking how protected religious sanctuaries really are, AP reports: Above, notes and flowers are placed in Hagley Park near the Al Noor mosque.

Below, a vigil on Takapuna Beach in Auckland, New Zealand. Beto O'Rourke said last night "that he very likely would choose a female running mate if he manages to nab the Democratic presidential nomination next year," The Dallas Morning News' Todd Gillman reports from Dubuque, Iowa.

O'Rourke also said that being a white man in the field won't be a hindrance:

🤦 Quote du jour: In Delaware last night, Joe Biden said he has the "most progressive record of anybody running." He then quickly backtracked and clarified, "anybody who would run." (Wilmington News Journal) 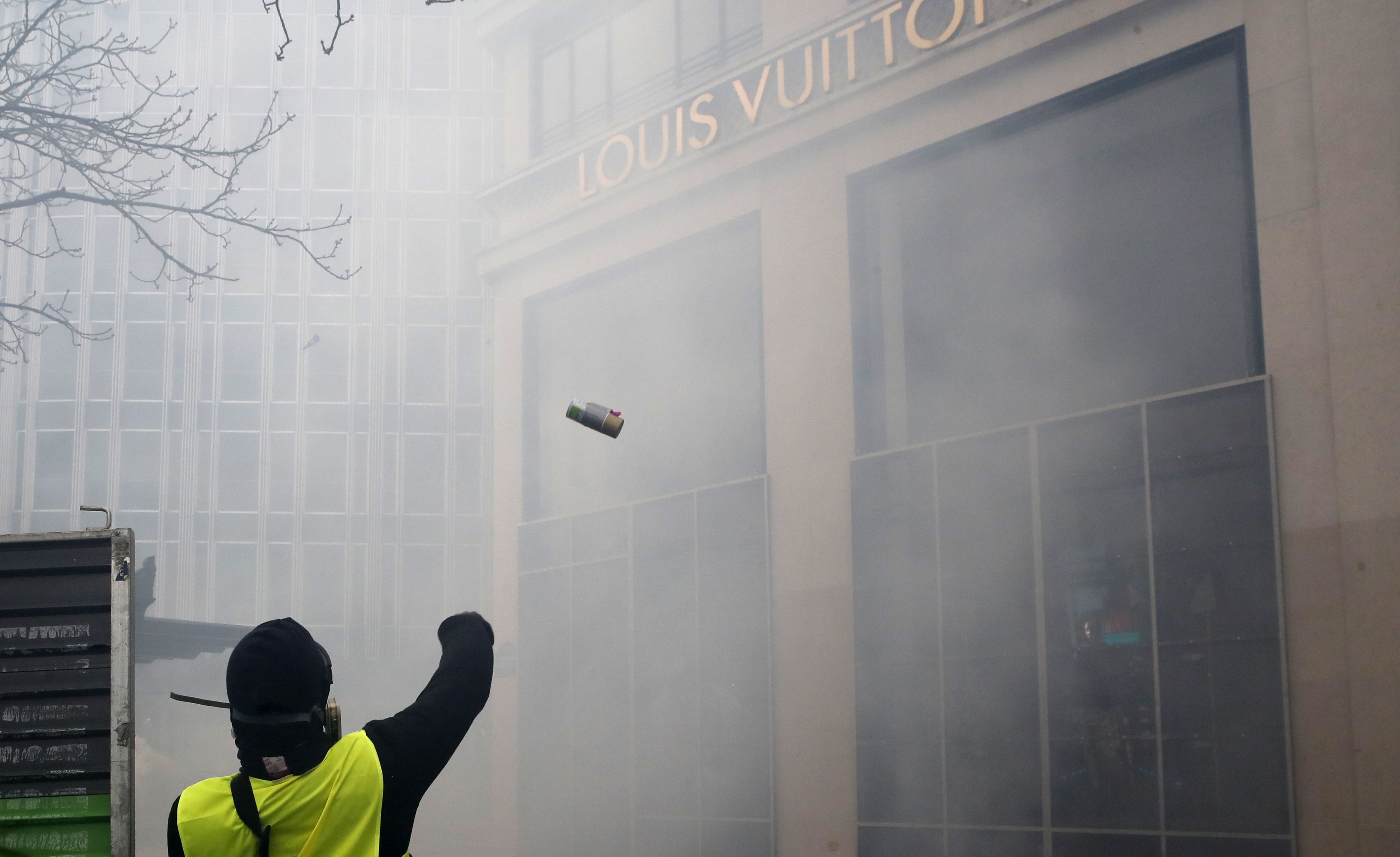 A protester throws a device at the Louis Vuitton luxury shop on the Champs-Élysées. (Christophe Ena/AP)

What's new: French President Emmanuel Macron cut short a skiing trip in the Pyrenees to return to Paris for a crisis meeting, after hooded protesters went on the rampage for the 18th weekend of French "yellow vest" protests, AFP reports.

"The next generation of repressive technology will make past efforts to spread propaganda and quash dissent look primitive," Richard Fontaine, CEO of the Center for a New American Security, and Kara Frederick, of the center’s technology and security program, write in The Wall Street Journal (subscription):

Why it matters: "Dictators from Caracas to Pyongyang will seek to exploit the enormous potential for political misuse inherent in the emerging technologies, just as they have over the decades with radio, television and the internet itself." The Chicago River is dyed green for St. Patrick's Day, a city tradition since 1962.

Below ... How it happens, per the Chicago Tribune: "Three men [on a boat] use flour sifters to dump about 40 pounds of an environmentally friendly orange powder into the river."