Situational awareness: "Hawaii's Kilauea volcano could soon send boulders and ash shooting out of its summit crater in the kind of ... eruption last displayed nearly a century ago. ... [A 1924] explosion ... sent rocks, ash and dust into the air for 17 days." (AP) "Unpredictability" is the key to understanding President Trump's negotiating plan as he heads into his roll-the-dice summit with North Korea's Kim Jong-un, Jonathan Swan reports:

A source who recently spoke to Trump about his upcoming meeting with Kim Jong-un paraphrased the president's private monologue:

Trump loves to watch the media try to predict what he's going to do and say about any number of things, including North Korea, and he gleefully tells aides: "They have no idea."

One of the biggest challenges: How will Trump ever know he's struck a good deal after the photo op and North Korea's initially dramatic destruction of some of its nuclear facilities? 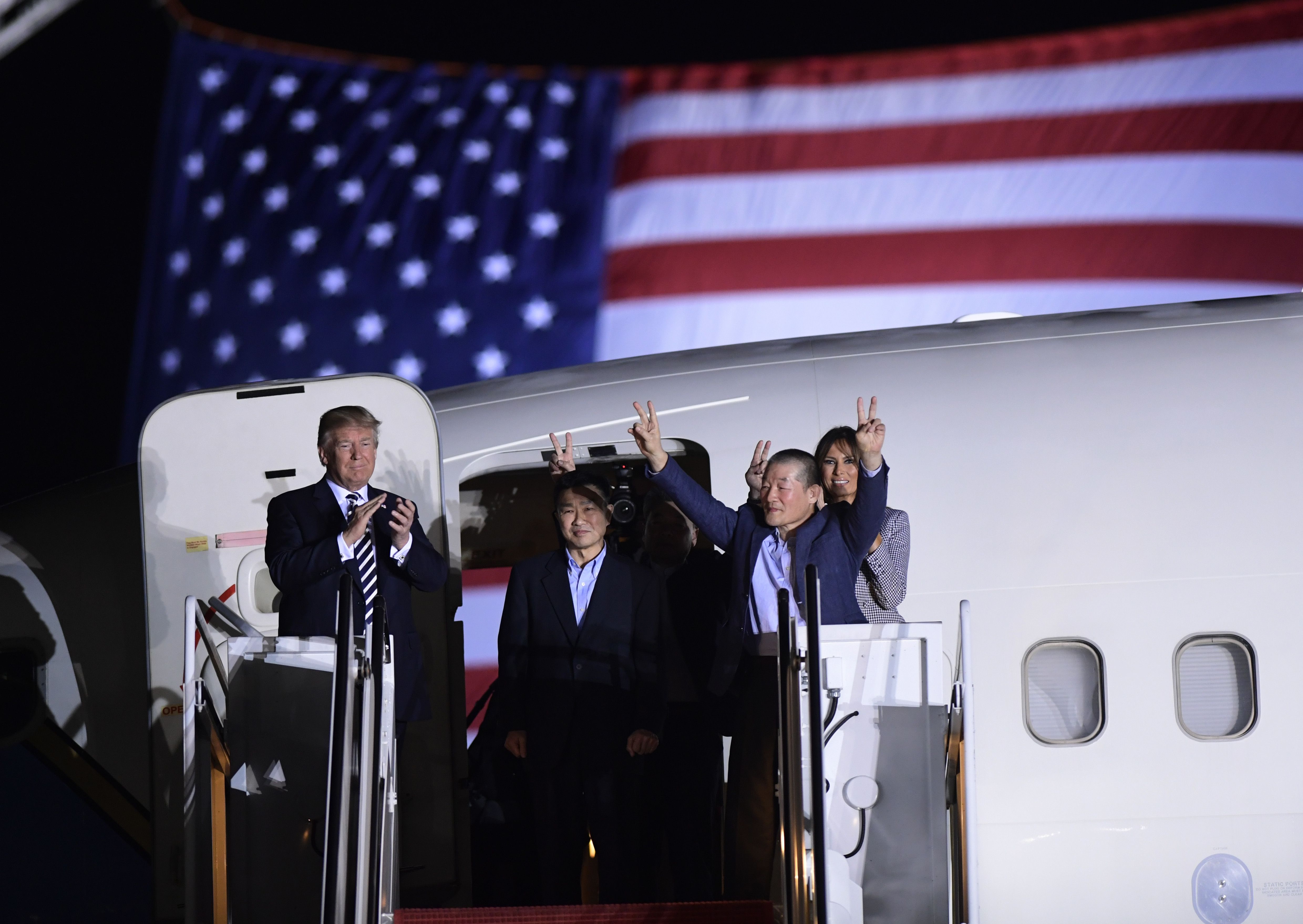 In the wee hours on live global television, President Trump greeted three American prisoners freed from North Korea as they landed at Andrews Air Force Base, Md., and engaged a returnee and his translator in brief banter.

Trump, who loves to think of his presidency as episodes in a reality show, reveled in the diplomatic achievement as he left the tarmac: "I think you probably broke the all-time in history television rating for 3 o’clock in the morning."

The scene: CNN's Jeff Zeleny, reporting live from Andrews said there were 200 to 250 reporters and photographers, and surprisingly little sound: No music, and no family members or friends immediately greeted the returnees.

From a pool report by Yahoo News' Hunter Walker:

Michael Cohen is potentially more perilous to President Trump than anybody else.

Key point: Bob Mueller has known about the payments to Cohen for months. 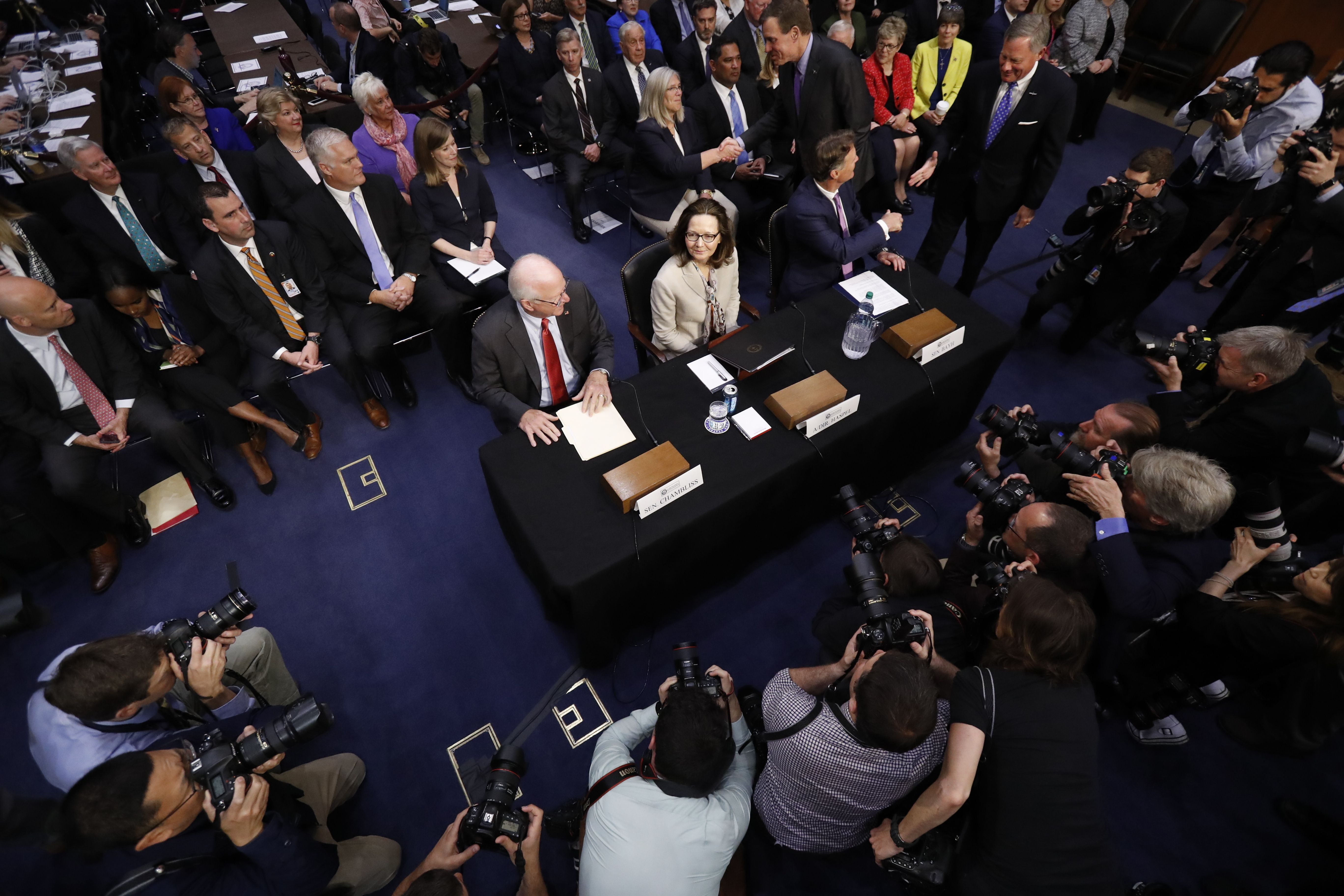 An adviser tells me the White House still expects the Senate to confirm Gina Haspel as CIA director, despite the head-turning opposition that Sen. John McCain (R-Ariz.) announced on Twitter last night.

Why it matters: McCain, with the unique high ground he commands on the issue, could cost the acting CIA director votes for the top job.

5. How Trump is reshaping the courts

President Trump has already appointed a record-breaking number of federal judges, but his judicial legacy is even bigger than that: More than half of those judges replaced Democratic appointees, Axios' Sam Baker, Stef Kight and Andrew Witherspoon report:

The bottom line: Trump and Senate Majority Leader Mitch McConnell have already set a breakneck pace for judicial confirmations. If Republicans still control the Senate after this year’s midterms, no matter what else happens, that pace will continue — and the impact will be felt long after Trump's presidency.

Behind the scenes: Immediately after the race was called in the West Virginia Senate primary on Tuesday, Don Jr. spoke to Patrick Morrisey to congratulate him on his victory.

Between the lines: Those are all states where President Trump has solid approval ratings. A source close to Don Jr. said he believes his brand of "MAGA conservatism" — pro-gun, anti-media, anti-establishment — could make a difference in turning out the base in these states.

"Here are the highest-paid CEOs of 2017, excluding those who came or went during the year":

"Lowest paid ... There were 26 CEOs in the S&P 500 making $5 million or less last year. Three of the lowest paid, Larry Page, Warren Buffett and Jeff Bezos, are billionaire founders":

"The number of women donating to political campaigns is climbing to new heights ahead of this year’s midterm elections as women swarm to politics and run in record numbers for Congress and other elected posts around the country," USA Today's Fredreka Schouten reports:

"First came doctors’ warnings about cigarettes. Then came discoveries about the danger of secondhand smoke. Now, a growing number of scientists are raising the alarm about thirdhand smoke — residual chemicals left on indoor surfaces by tobacco smoke," the WashPost's William Wan reports:

Why it matters: "Public health advocates worry that those most vulnerable to the harmful effects of thirdhand smoke are also those who most likely to come into contact with it":

"Forget the Hackers, Watch Out for the Phone Snoopers," The Wall Street Journal's Sue Shellenbarger writes in an A-hed (subscription):