Situational awareness: A "protect Mueller" ad runs on "Fox & Friends" and "Morning Joe" today, paid for by Republicans for the Rule of Law, backed by Bill Kristol and others. YouTube 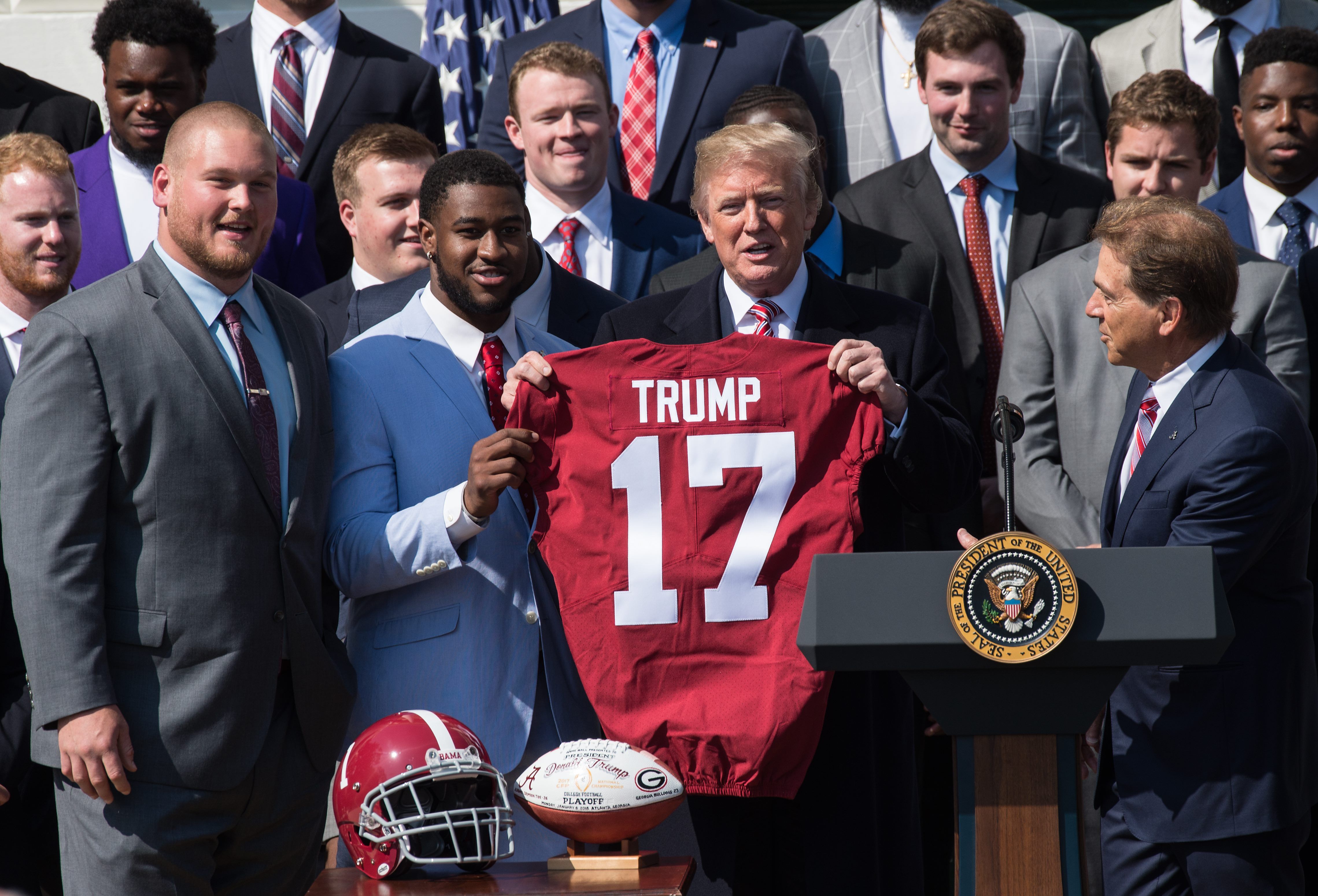 Governing by winging it ... It’s as if the post-election presidential transition to power never ended for Donald Trump. Or never began. Everything in this White House is in flux — and in play:

Here's what's happening inside, from the deep, 24/7 reporting of Jonathan Swan:

Be smart: The result of all of this is a White House that often feels like madness, even to those present for opening night, and still in the cast today.

Zuckerberg was well-prepared, but he also benefited from redundant questioning that rarely included smart follow-ups:

By the end, some lawmakers were making jokes and asking Zuckerberg for his help:

A dissenting voice was Fox News, which often framed the Facebook issue as being more about censorship of conservative voices than about privacy.

Be smart: Congress might adopt some minor regulations on political advertising. But the idea of this group of senators regulating digital data right now seems far-fetched.

Bottom line: Zuckerberg and Facebook won by default, or forfeit. 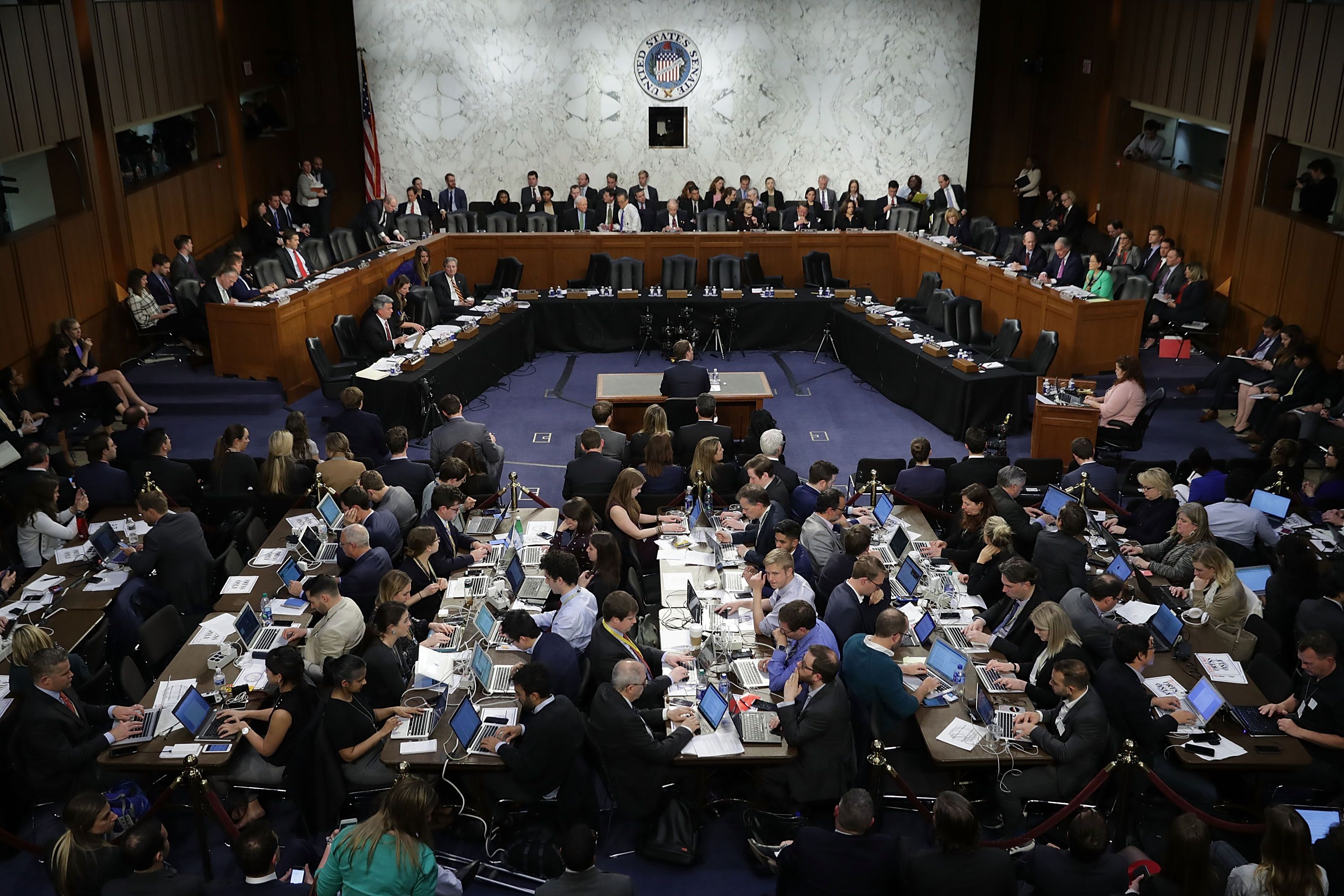 At a weekly Senate Republican lunch at the Capitol yesterday, lawmakers from farm states said they're furious about Trump’s threats of tariffs.

But some of these red state Senators who represent farmers — think Iowans, Kansans, and Nebraskans — have already called the White House with their concerns.

More juice: Word has reached Republican senators that the White House is considering subsidies to compensate farmers who are hurt by tariffs. Some senators hate the idea of a trade compensation bank, saying it's not conservative.

New! Where the trade fight is heading:

Be smart: The free-traders hope Xi will be smart and give Trump enough “wins” to take a public relations lap and break the cycle of escalating tariffs. 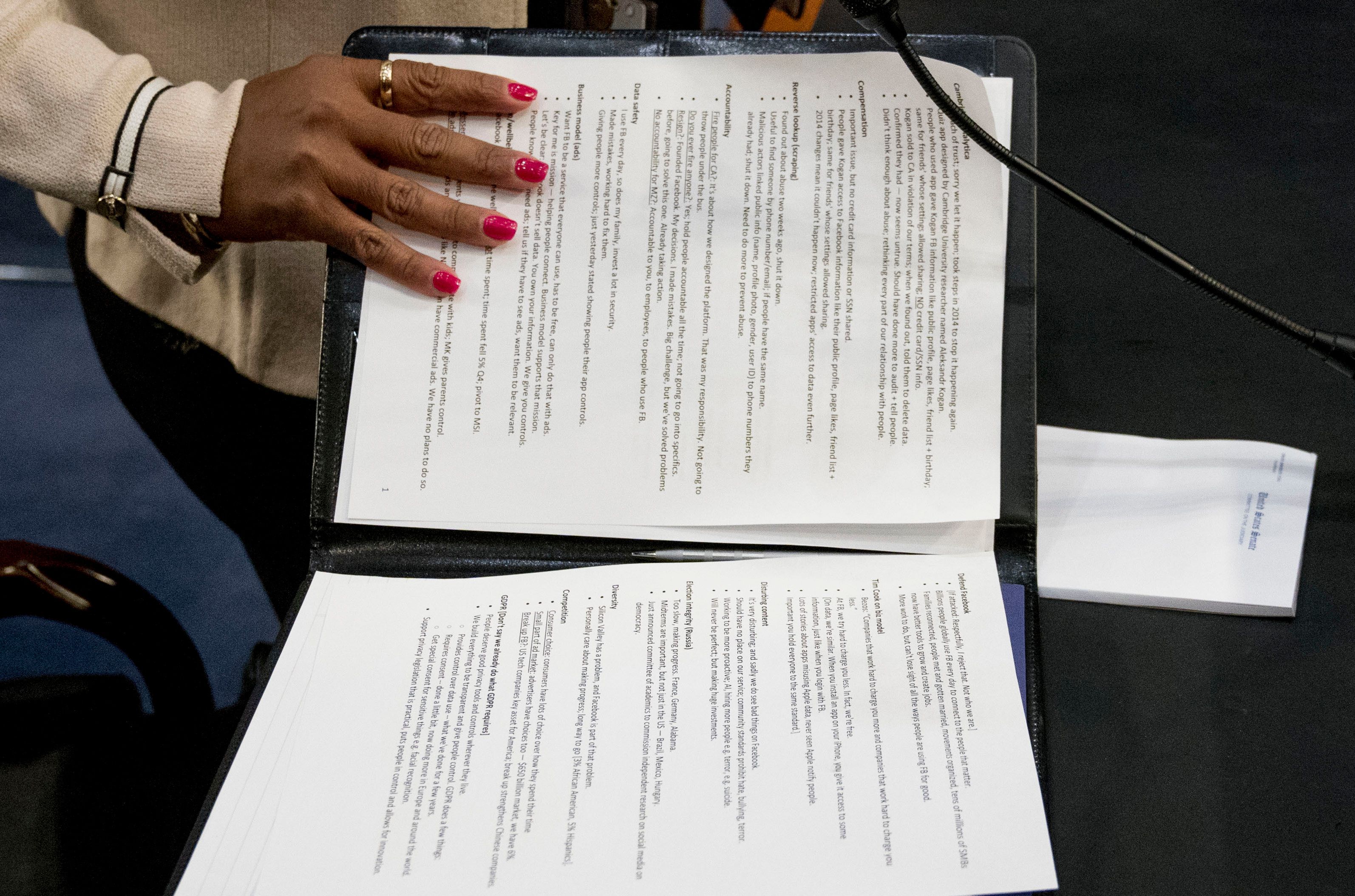 An aide to Facebook CEO Mark Zuckerberg closes a binder of notes left on the table as Zuckerberg takes a short break from testifying yesterday.

4. Behind the scenes ... ABC: Comey compares Trump to "mob boss"

A source present at the taping says James Comey's interview with ABC's George Stephanopoulos, airing Sunday at 10 p.m. as a "20/20" special, is "going to shock the president and his team."

In an ABC promo, Stephanopoulos says Comey compared Trump to "a mob boss."

According to the source:

Shot ... White House press secretary Sarah Sanders, asked yesterday if Trump believes he has the power to fire Mueller: "[W]e’ve been advised that the president certainly has the power to make that decision."

7. Sneak peek: "Us vs. Them: The Failure of Globalism” 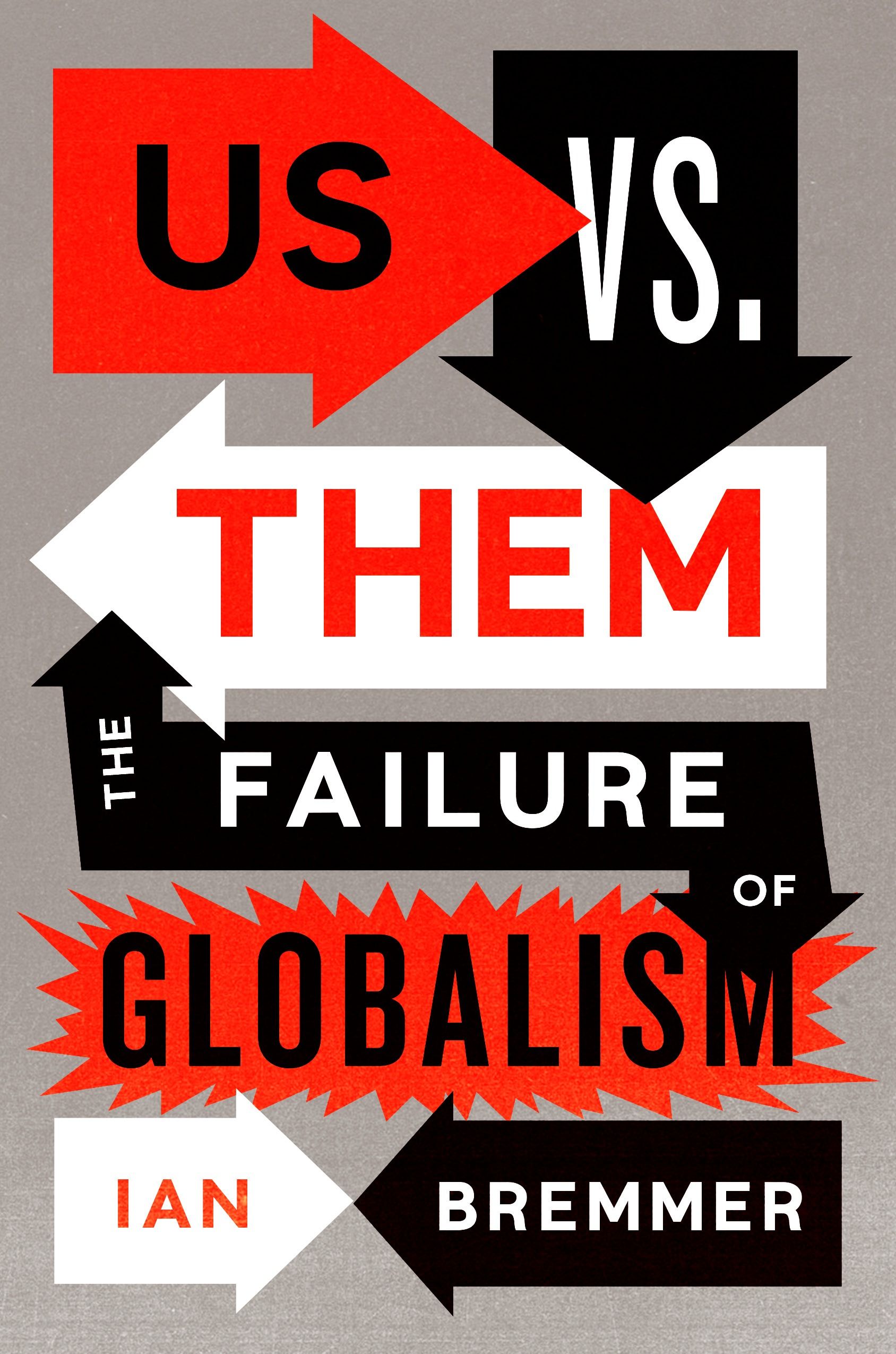 Ian Bremmer, author of "Every Nation for Itself" and "Superpower," now takes on the populist backlash against globalism with a stark warning about where this trend might be headed.

Ian's insight: It’s not just Europe and America. Technological and economic changes, the historic flow of people across borders, and public demand for protection have empowered a whole new class of politicians with a talent for pitting one group against another.

There’s a hopeful vision, too:

Go deeper ... Read an excerpt ... Here’s some video of Ian sounding the alarm. 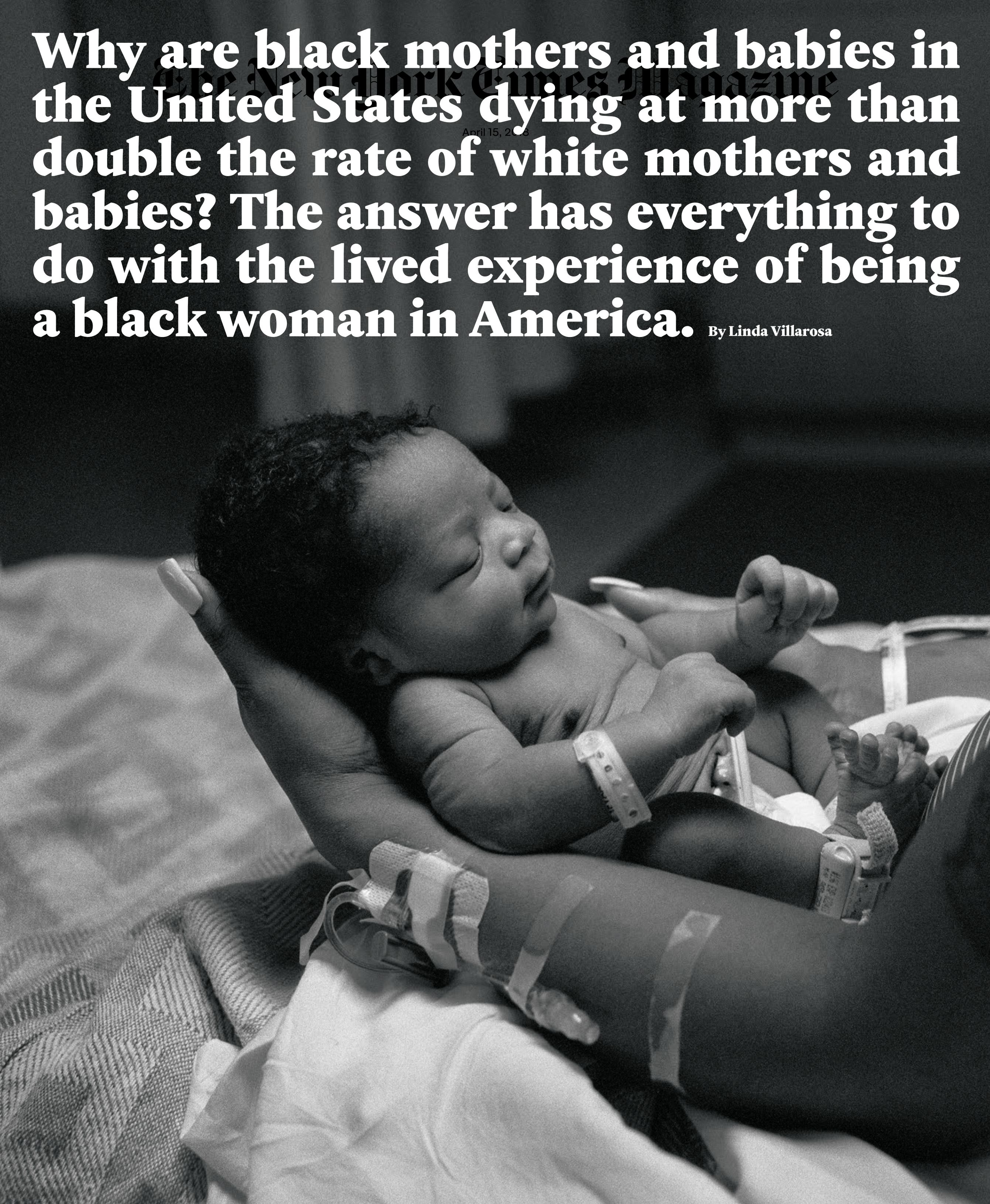 Photo by LaToya Ruby Frazier for The New York Times

The N.Y. Times Magazine's upcoming cover story by Linda Villarosa, who directs the journalism program at the City College of New York, in Harlem, is an investigative and personal piece: 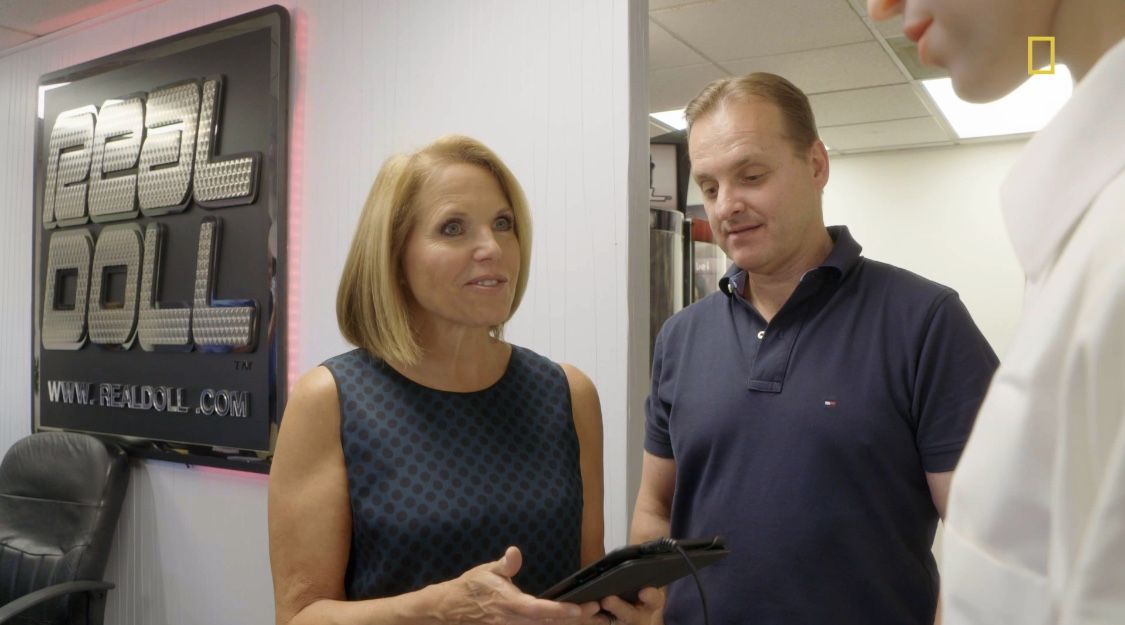 Premiering tonight at 10 p.m. on National Geographic Channel ... a new series about race, tech and more, "America Inside Out with Katie Couric": 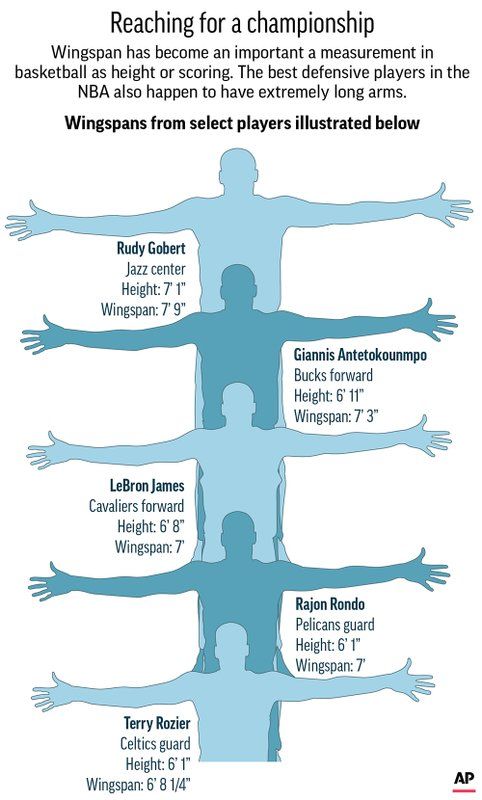 "Once limited to descriptions of birds, wingspan has become one of the most important measurements for basketball prospects," AP's Janie McCauley reports from Oakland:

Thanks for reading! We'll have real-time coverage of Mark Zuckerberg's second day on the Hill on Axios.com.