Breaking ... European Union’s biggest-ever antitrust fine: "The European Union plans to hit ... Google with a record antitrust fine of ... $5.06 billion ... in a decision that could loosen the company’s grip on its biggest growth engine: mobile phones," the Wall Street Journal reports from Brussels.

The cold, hard reason: They see no upside in speaking out — and fear political suicide if they do, numerous Republican officials tell us.

We just witnessed this power on full display:

GOP lawmakers' immediate complaints about the press conference were quickly tempered. Trump’s cleanup and turnaround yesterday ("I said the word 'would' instead of 'wouldn't'") had one audience: Capitol Hill.

Be smart: Most Republican members of Congress don't need to do anything so radical as actually believe Trump is sincere about correcting himself, Jonathan Swan points out:

The last word: Trump chimed in with a tweet at 5:53 this morning. 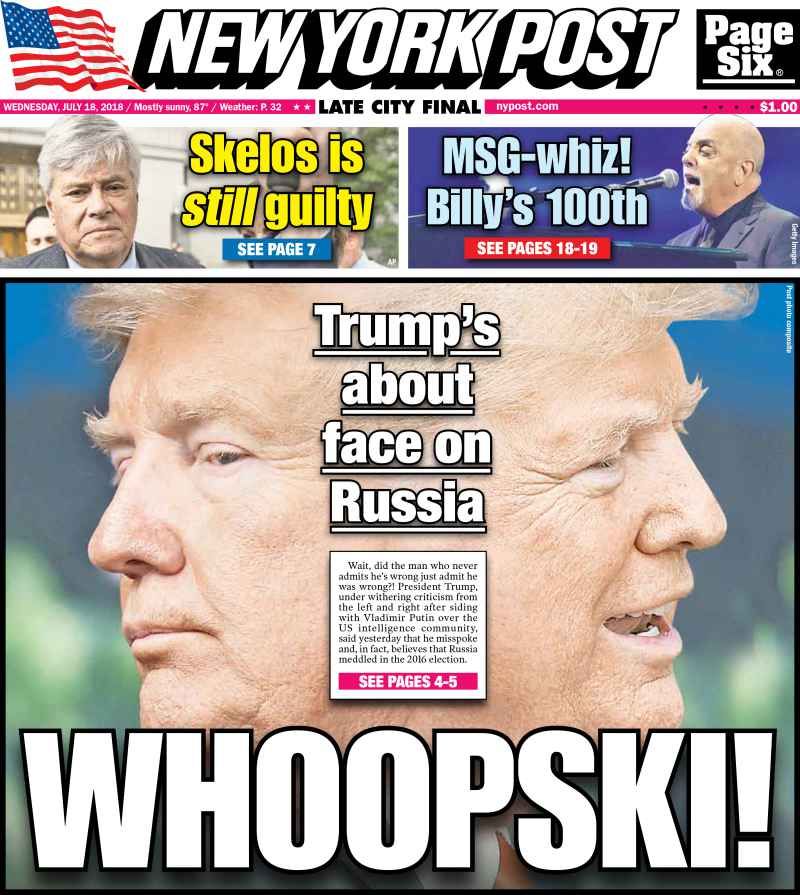 2. Obama denounces "politics of fear and resentment and retrenchment" 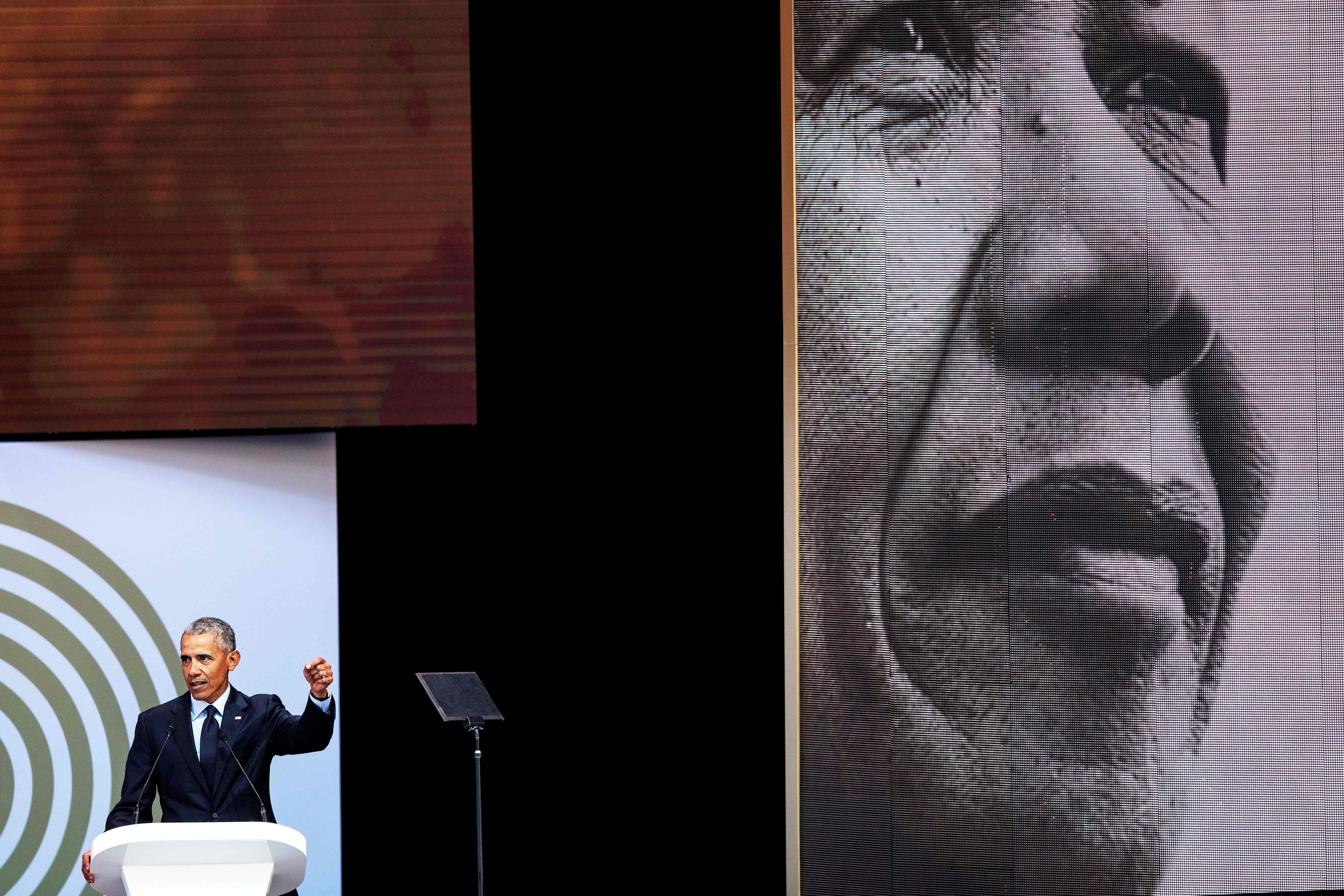 President Obama "mounted a passionate defense of democracy and warned against the rise of 'strongman politics,' in a speech in South Africa a day after his successor, Donald Trump, was heavily criticized for a humiliating news conference with Vladimir Putin," CNN reports: 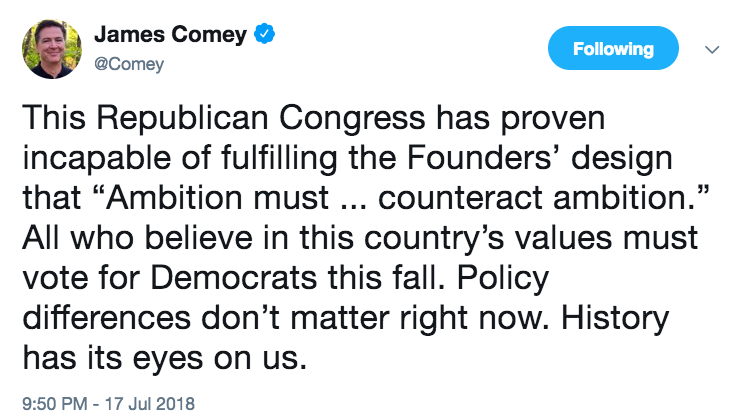 5. Retailers are getting into the media and advertising businesses

Mass market retailers and grocers are developing their own content and advertising businesses to compete with legacy media, per Axios media trends reporter Sara Fischer:

The latest: Walmart is considering launching an ad-supported subscription streaming video service that would target Middle America and undercut rivals Netflix and Amazon Prime Video on price, according to The Information.

The big picture: A focus on digital media is a reflection of some of the many ways retailers are transforming their brick and mortar mega-stores to be more digitally-accessible and profitable.

Last week, Axios AM scooped that President Trump wants to update the paint job on the next Air Force One, ditching the iconic robin's-egg blue (which he privately calls a "Jackie Kennedy color") for a bolder, "more American" look.

The president confirmed that during his interview in Scotland with "CBS Evening News" anchor Jeff Glor:

Thanks for reading. We'll have updates all day on Axios.com.