Breaking ... Prime Minister Theresa May to BBC's Andrew Marr, on Trump's Brexit advice: "He told me I should sue the EU — not go into negotiations."

1 big thing ... No evidence will change Trump's mind on meddling

President Trump no longer doubts the basic intelligence assessment that Russia interfered in the 2016 election — he just seems incapable of taking it seriously, and tells staff that is simply what nations do, several sources close to Trump tell Jonathan Swan, who's filing from Helsinki.

A source who's discussed the matter with Trump tells Swan:

More than a half a dozen sources who’ve discussed election meddling with Trump say that the president sees the Mueller investigation purely through the “witch hunt” lens:

When we talk to Trump administration officials about Russian election meddling and the intelligence community's assessment that it's a major threat to America, they tell us there's nothing they could say that could authentically persuade Trump to take a serious interest.

Trump's attitude toward the whole issue is summed up by his reply to reporters at his NATO presser, in a voice drenched in sarcasm: "We will, of course, ask your favorite question about meddling. I will be asking that question again."

A Swan scene from the West Wing also captures the president's view: 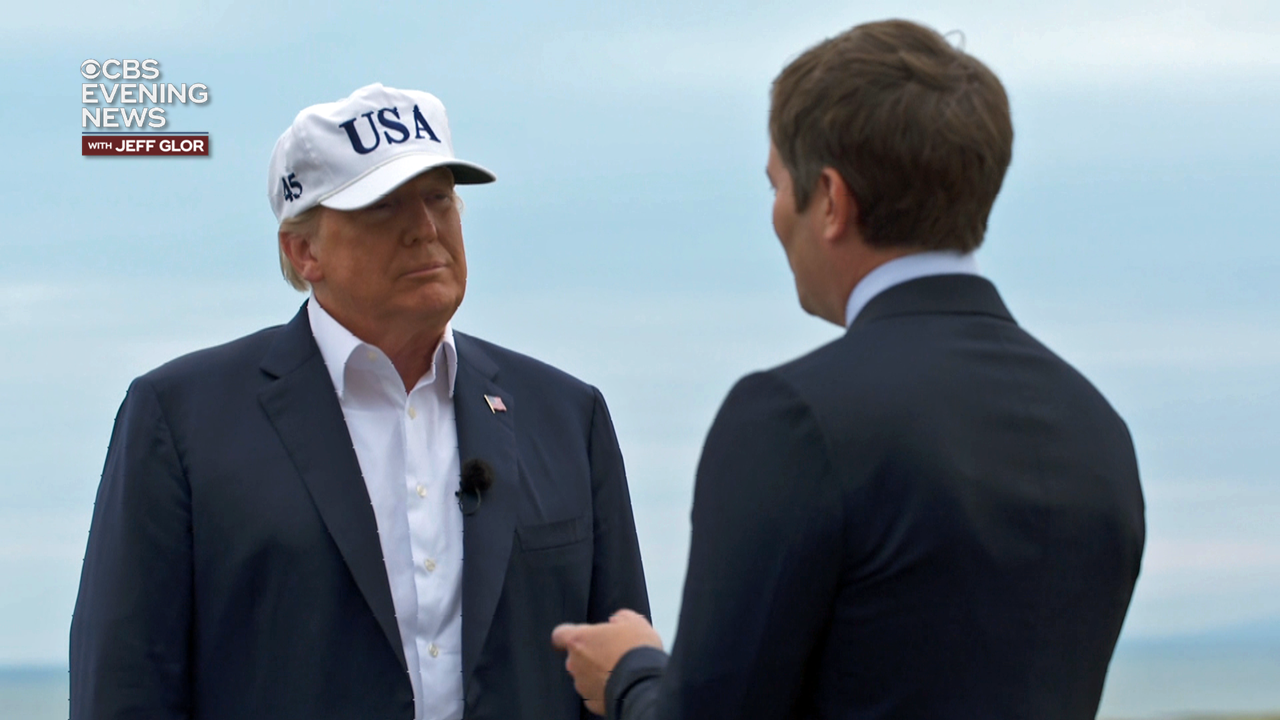 2. What a long, strange Trump trip it’s been

The irony is that if Trump just kept his mouth shut, his actions would put him in a much better spot with America's allies: 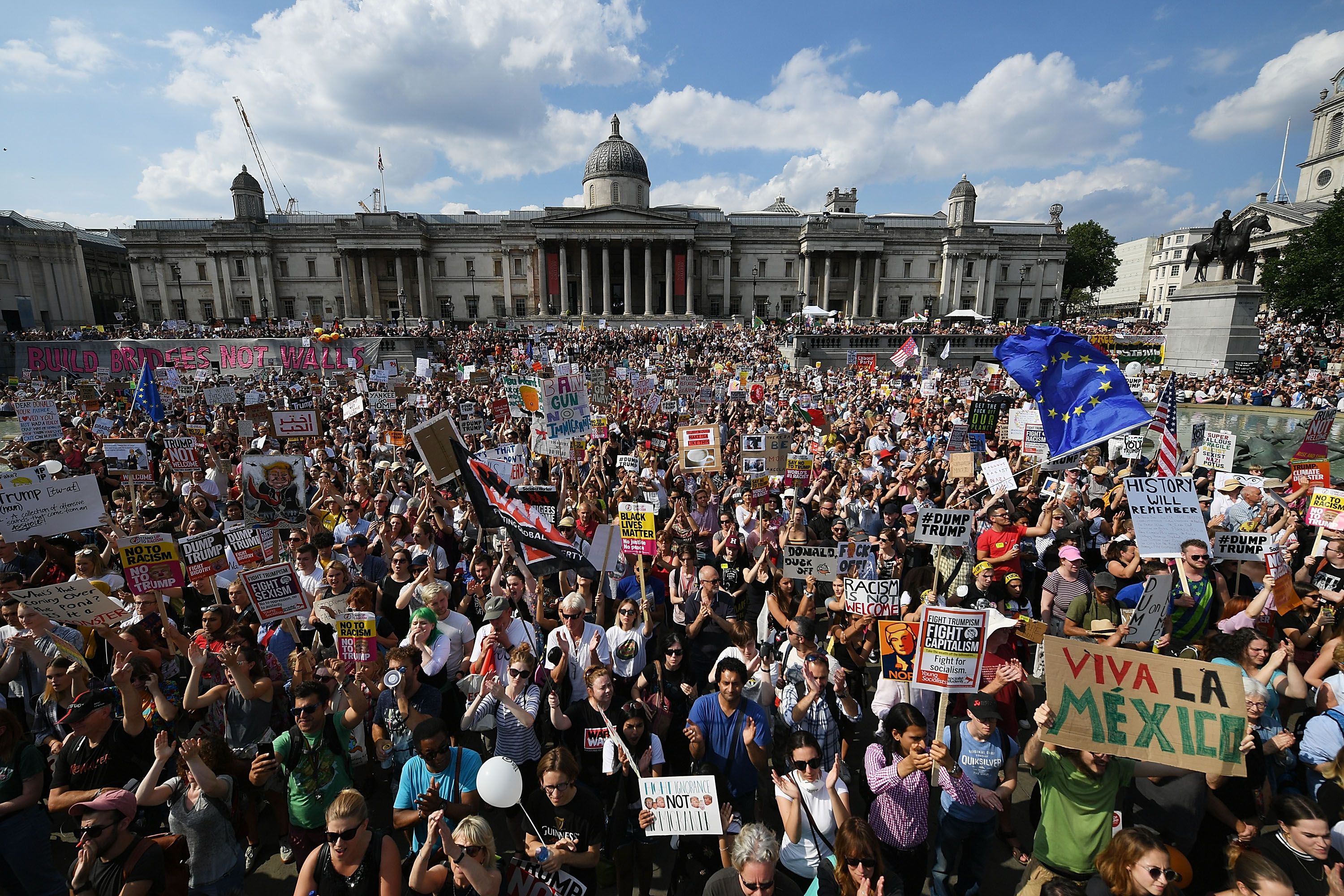 President Trump gave an on-camera interview to Piers Morgan, now of Britain's ITV and Daily Mail, aboard Air Force One in London, before taking off for Scotland. ITV airs the interview tomorrow, but the Mail has excerpts ...

Morgan writes: "As we spoke, over 100,000 anti-Trump protestors were marching through the streets of London. 'Some of them are protesting in my favor, you know that?' [Trump] insisted. 'There are many, many protests in my favor.' Hmmm. I must have missed those." 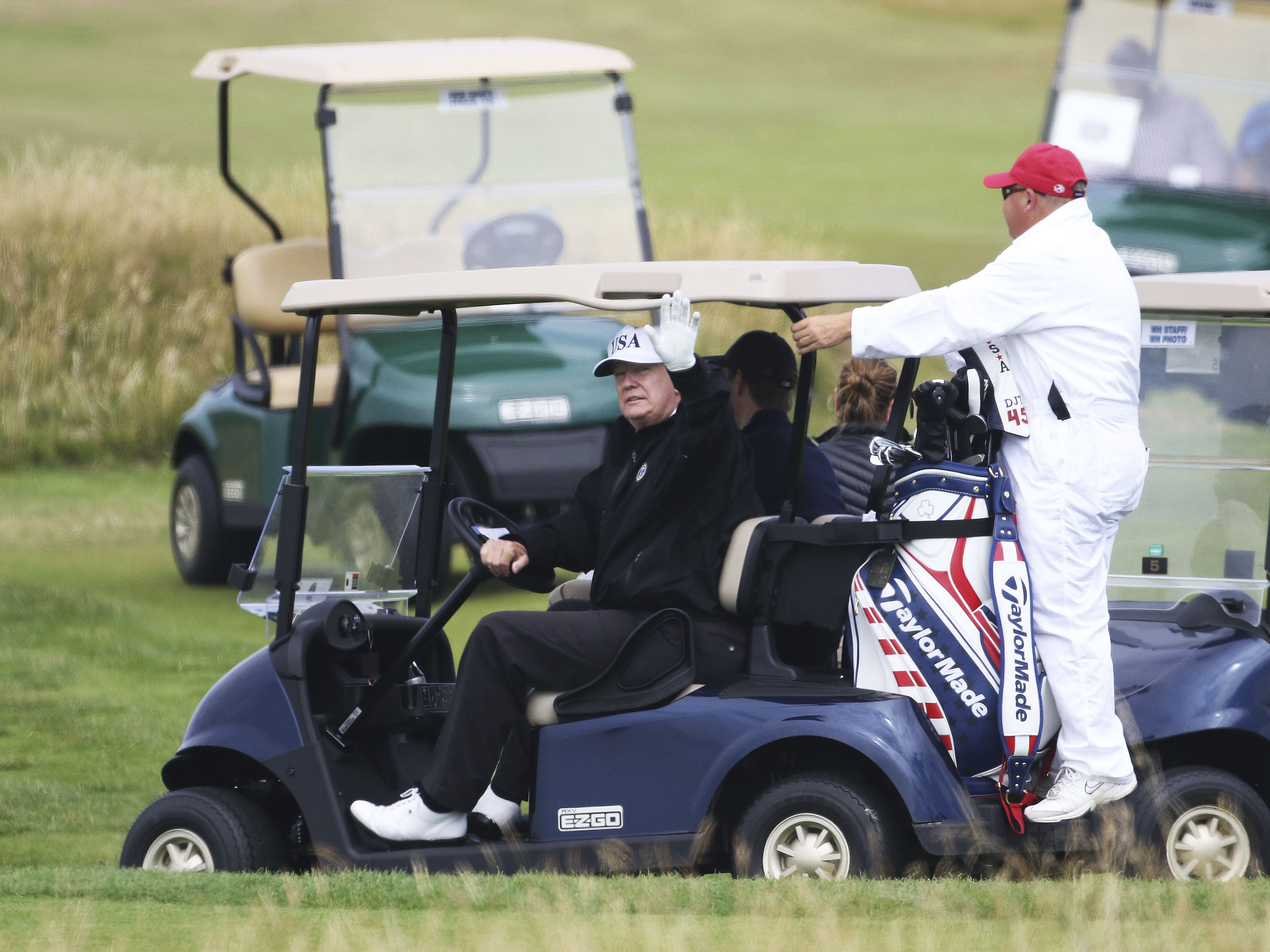 President Trump golfs yesterday at his club in Turnberry, Scotland. 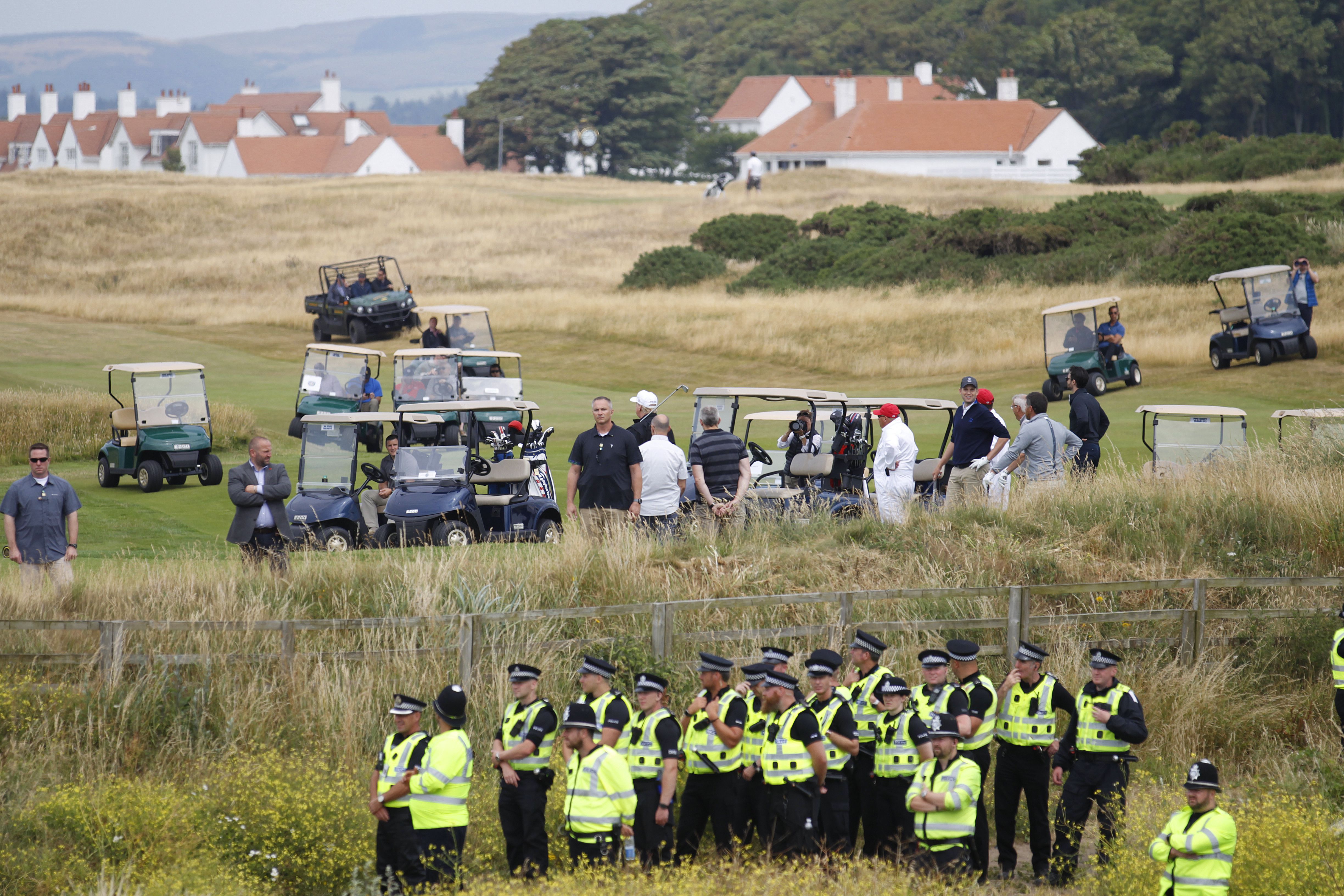 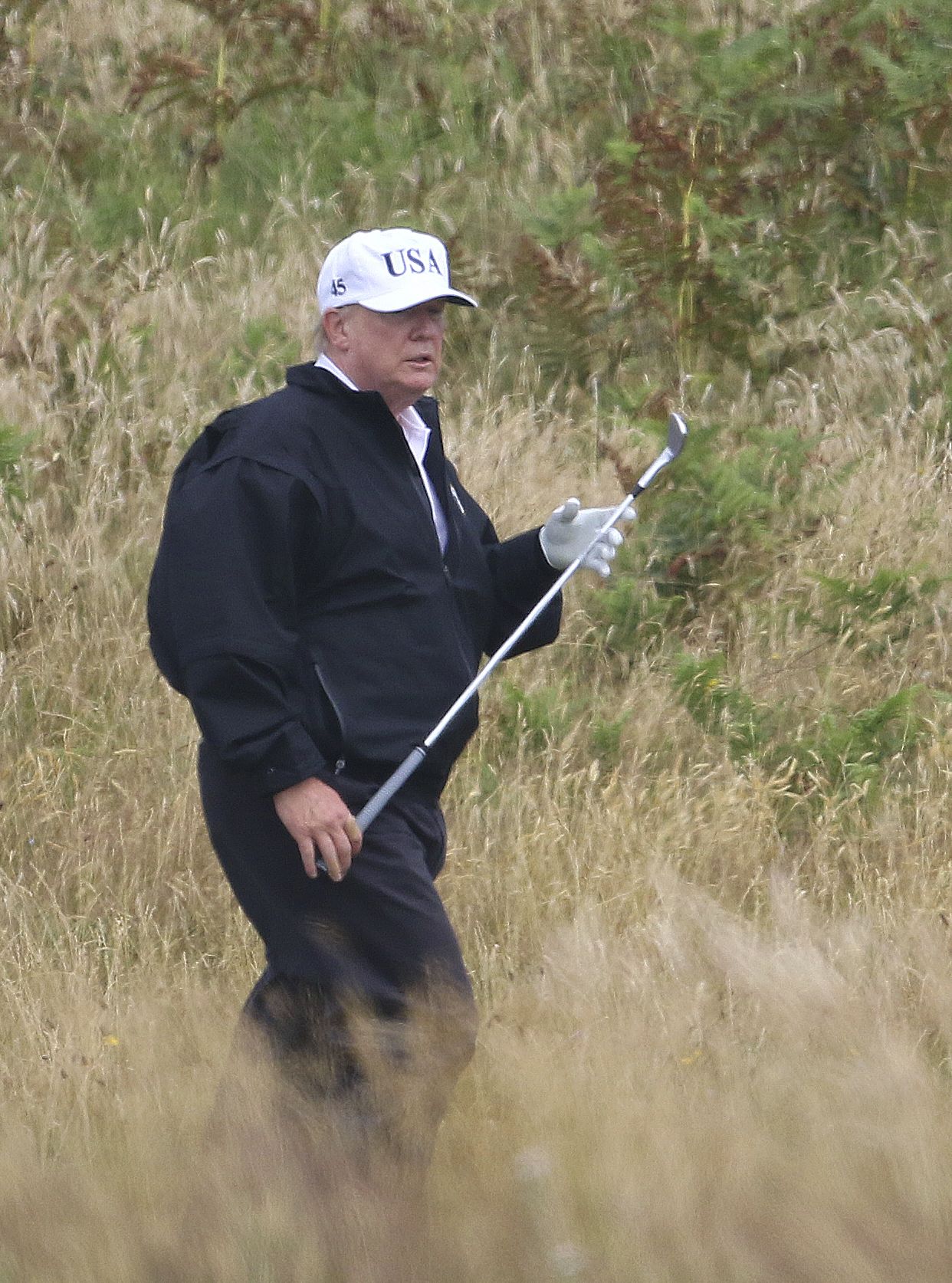 4. Article of the day: When you can't give your little brother a hug

"Cleaning Toilets, Following Rules: A Migrant Child’s Days in Detention ... A portrait of life in the shelters for the children detained after crossing the U.S.-Mexico border," by the N.Y. Times' Dan Barry, Miriam Jordan, Annie Correal and Manny Fernandez:

Why it matters: "[M]ore than 2,800 children — some of them separated from their parents, some of them classified at the border as 'unaccompanied minors' — remain in these facilities."

"[S]ome elements of these detention centers seem universally shared, whether they are in northern Illinois or South Texas: "

P.S. Now a billion-dollar industry: "Detaining immigrant children has morphed into a surging industry in the U.S. that now reaps $1 billion annually — a tenfold increase over the past decade, an Associated Press analysis finds." 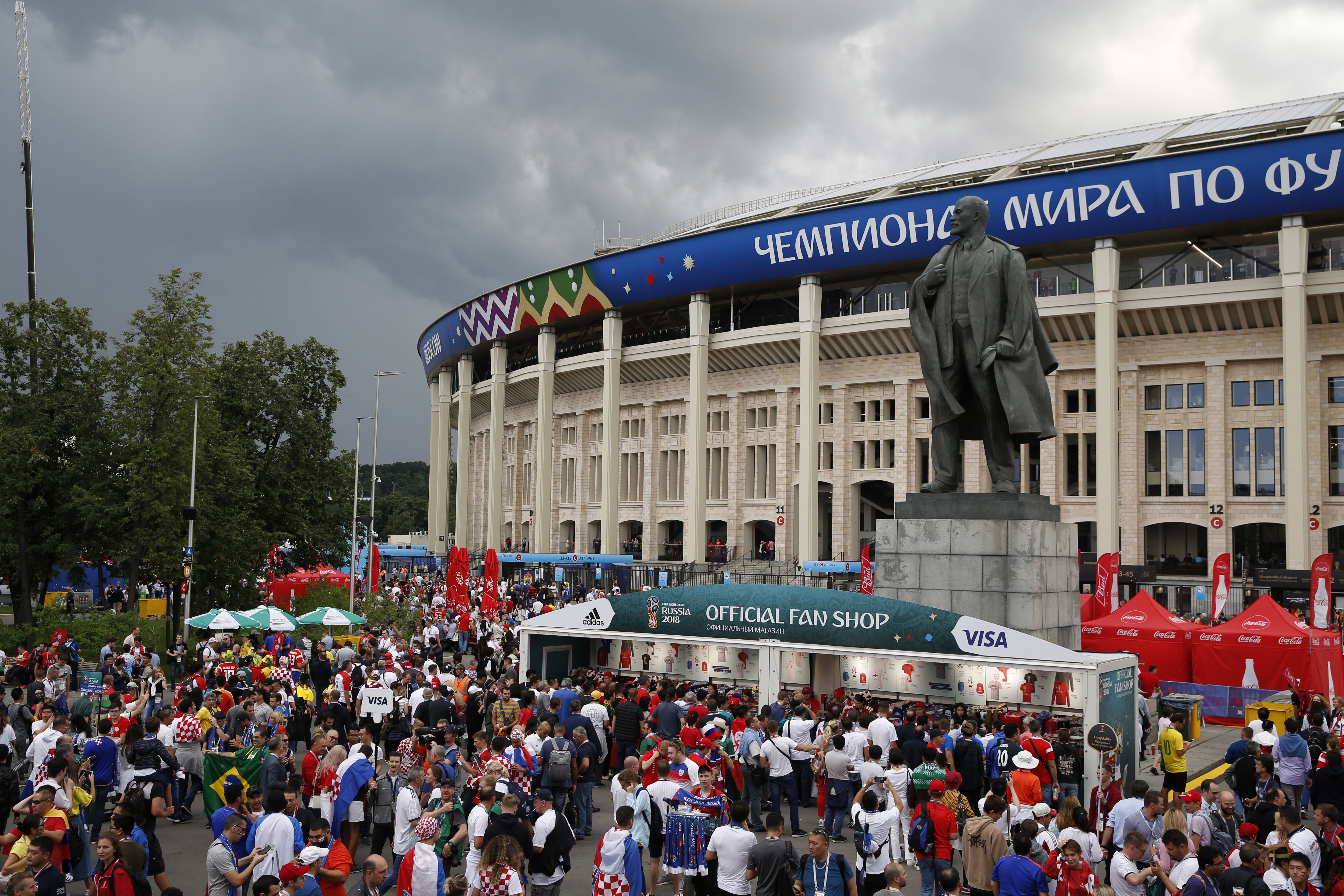 "When Lenin had a thirst for revolution, this is not what he had in mind," AP's Ronald Blum writes from Moscow:

"In Red Square, about 5 miles ... from the stadium and a short distance from Lenin's tomb, FIFA and local organizers opened a temporary Football Park with games and amusement rides — and abundant corporate signage."

Thanks for reading. Axios.com will have updates all day from Helsinki and beyond.