We told you yesterday why elected Republicans go so silent so quickly when they disagree so strongly with President Trump: They fear it's political suicide to speak up.

Now we have an exclusive, new Axios/SurveyMonkey poll that shows why those fears are real:

Why it matters: Trump’s superpower-like hold over the minds of Republican voters seems invincible.

P.S. “'Important verbal agreements' were reached at the Helsinki meeting, Russia’s ambassador to the United States, Anatoly Antonov, told reporters in Moscow, ... including preservation of the New Start and INF agreements, major bilateral arms control treaties whose futures have been in question," the WashPost reports: 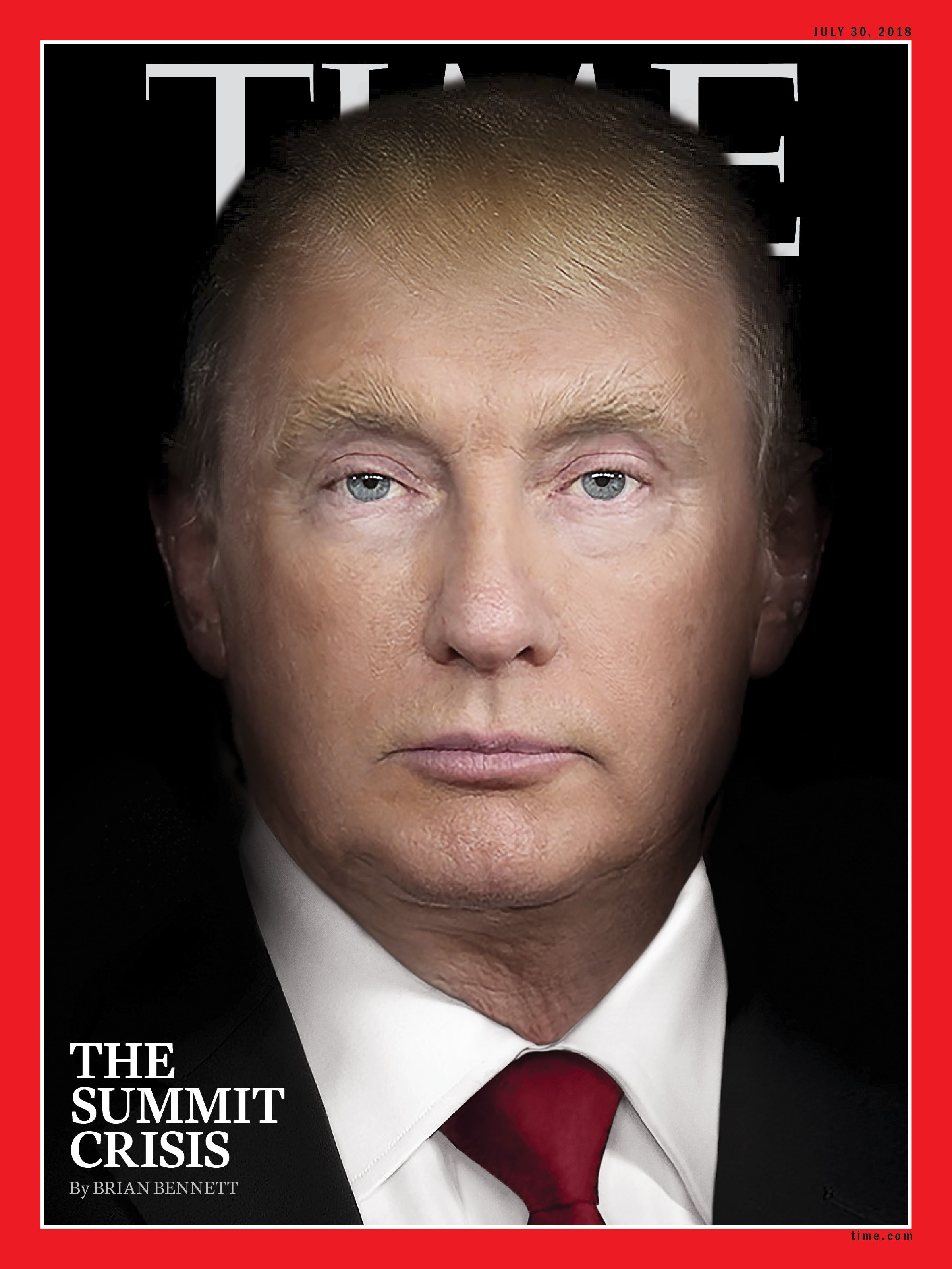 What happened: Zuckerberg faced instant backlash yesterday after saying in a podcast interview with Recode's Kara Swisher that the company would not take down a post denying the Holocaust because of the possibility that the user did not intentionally get the facts about the event wrong.

Zuckerberg later sent a clarification email to Swisher: "I enjoyed our conversation yesterday, but there’s one thing I want to clear up. I personally find Holocaust denial deeply offensive, and I absolutely didn’t intend to defend the intent of people who deny that."

Why it matters: Facebook's policy puts itself in the untenable position of constantly defending some of the most offensive content imaginable, including some that is widely and unequivocally accepted as false by most cultures.

Sources familiar with Zuckerberg's thinking say that the 34-year-old engineer-turned-corporate executive approaches regulation on his platforms from an incredibly rational lens:

Be smart: The policy makes Facebook a target for bad actors who know they can post false and often offensive information on the platform without necessarily being removed — or in some cases, punished at all. 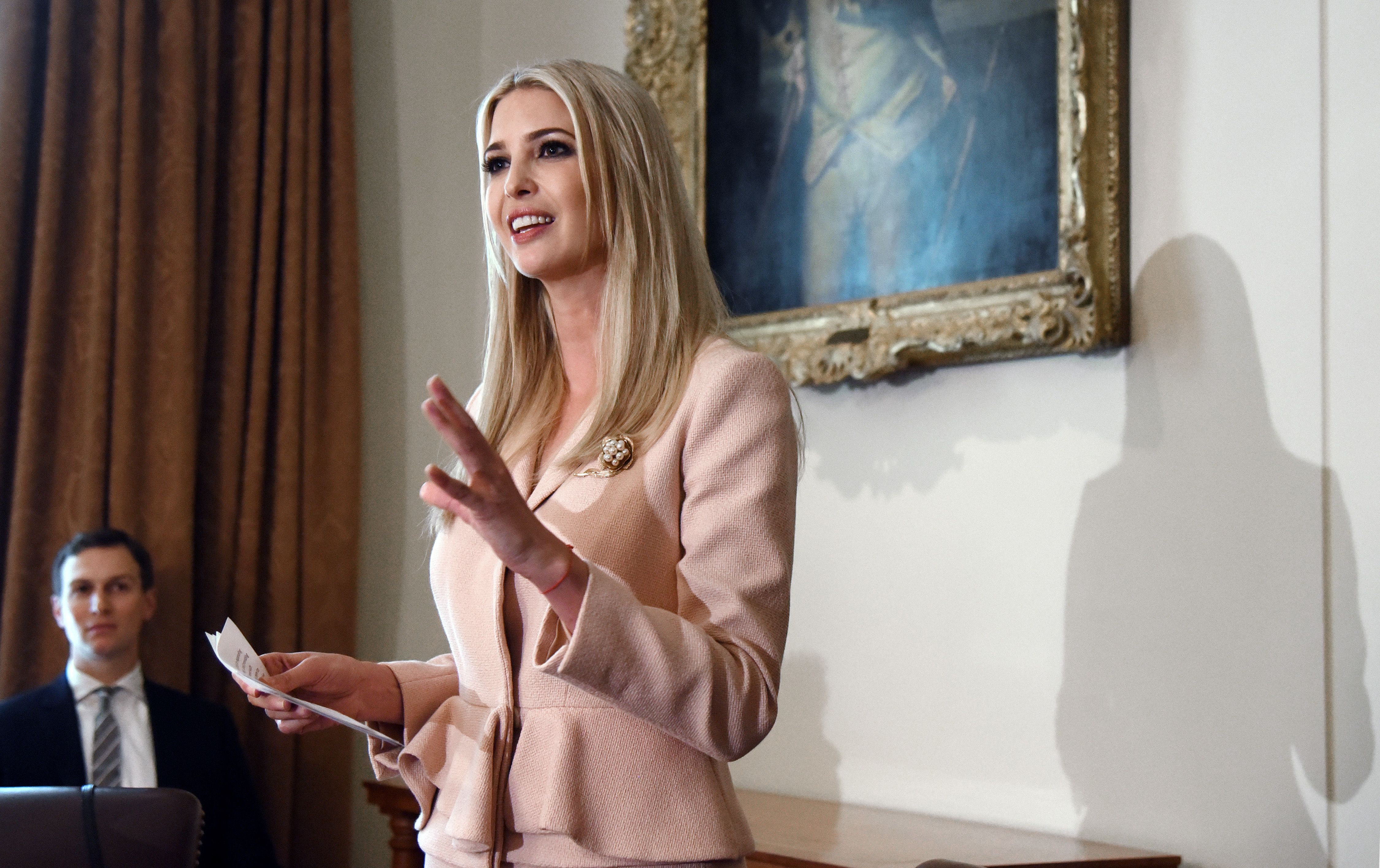 Unveiling a "Pledge to America's Workers," President Trump today will launch a White House effort to promote high-tech retraining for workers — preparation for a workplace that'll increasingly be dominated by data and automation.

A key goal is retraining workers so they can fill data-economy jobs that are created in their current workplaces, rather than being laid off.

The White House said Trump will sign an executive order in the East Room, joined by executives from IBM, FedEx and Lockheed Martin and other corporations.

The idea was inspired partly by the Giving Pledge, created by Bill and Melinda Gates and Warren Buffett, to encourage billionaires to give more than half of their wealth away. 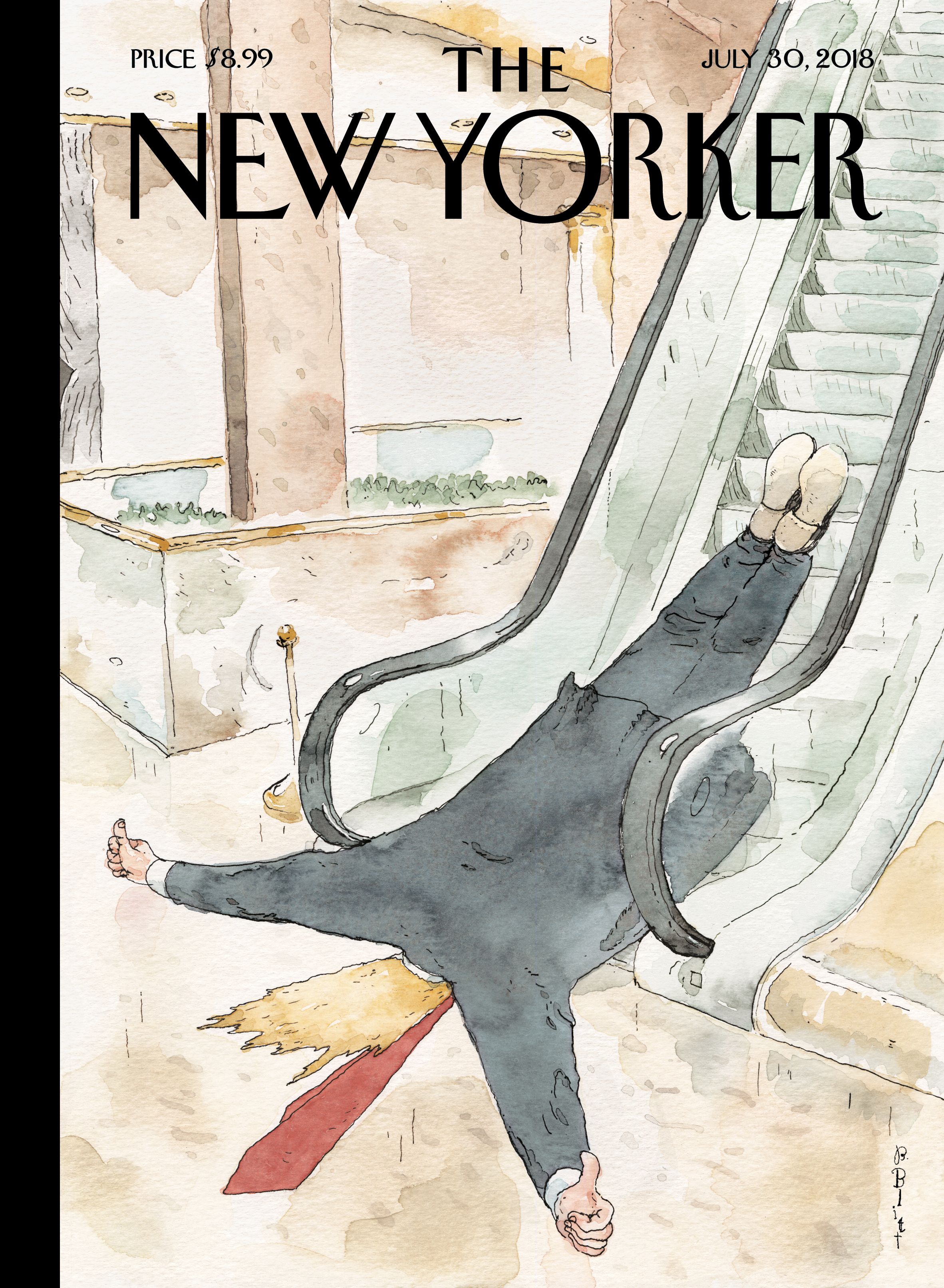 "A little more than three years ago, Donald Trump descended an escalator in Trump Tower to announce his candidacy for the Presidency," New Yorker art editor Françoise Mouly writes in the magazine's new "Cover Story":

First look: A series of measures of the national mood, especially presidential and congressional approval, are similar to past wave elections, pointing to a potential bonanza for Dems, lobbyist Bruce Mehlman points out in a new presentation.

Saying Trump committed treason in Helsinki goes too far for some leading Democrats, who are worried about sending the wrong message during an election year, AP's Laurie Kellman writes:

Why it matters: "If Democrats align behind the term, it raises the question of what they plan to do about it. The party ... doesn't have an answer."

"Health-Care Coverage Is Increasingly Determined by Where You Live: The Trump administration has been steadily rolling back sections of the Affordable Care Act, prompting states to either buttress or countermand the changes," by The Wall Street Journal's Stephanie Armour (subscription):

Editor-in-Chief Clifton Leaf: “A decade ago, America was home to nearly a third (153) of the world’s 500 largest companies by revenue ... Our share is now a quarter (126). Over the same 10 years, meanwhile, China boosted its own representation on this venerable list from 29 companies to 111.”

FORTUNE reveals its annual list of the most influential young people in business:

9. "Soros" eclipses "Hillary" as trigger for some conservatives 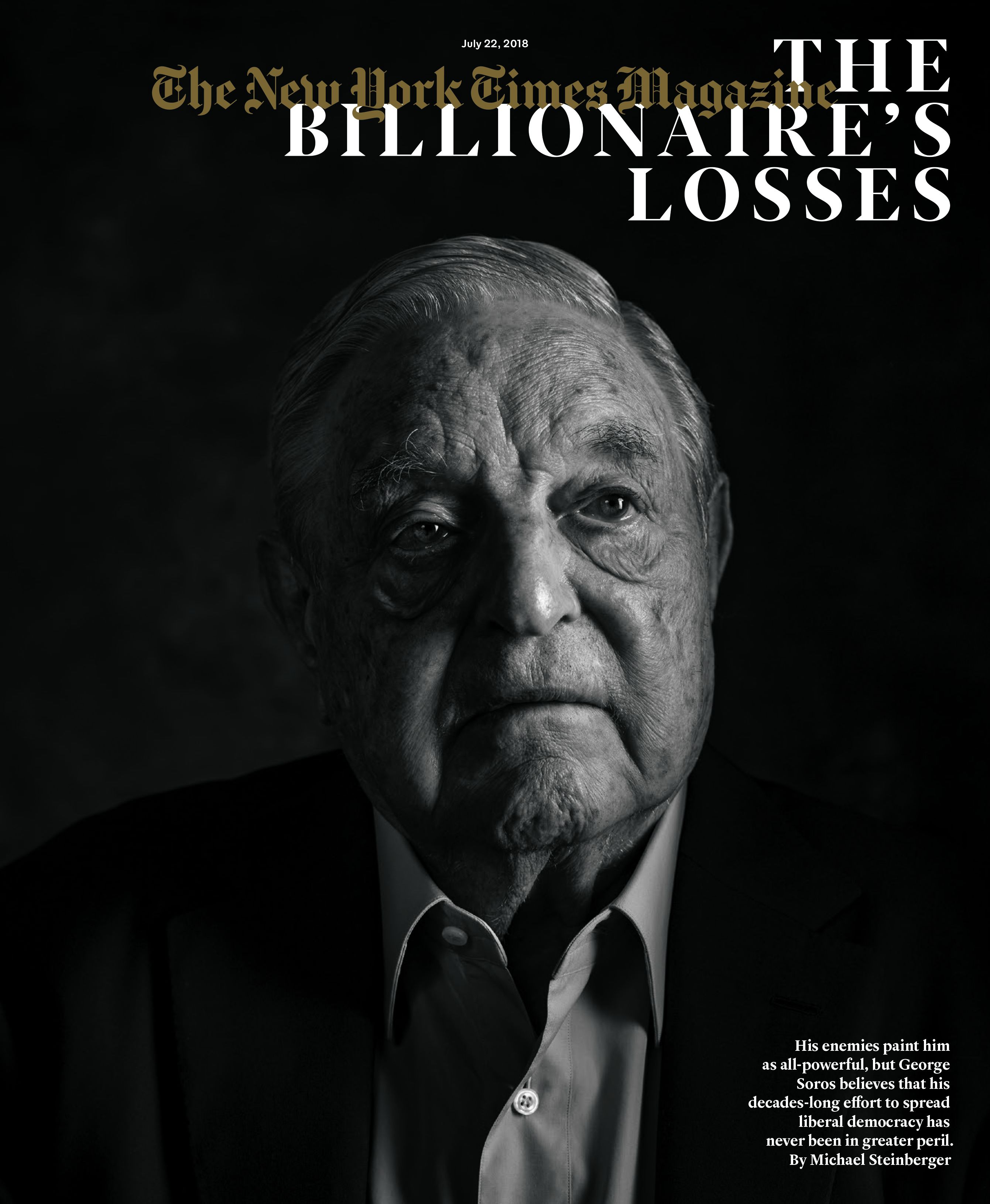 N.Y. Times Magazine cover story ... "George Soros Bet Big on Liberal Democracy. Now He Fears He Is Losing: His enemies paint him as all-powerful, but the billionaire philanthropist believes that his political legacy has never been in greater jeopardy," by Michael Steinberger: 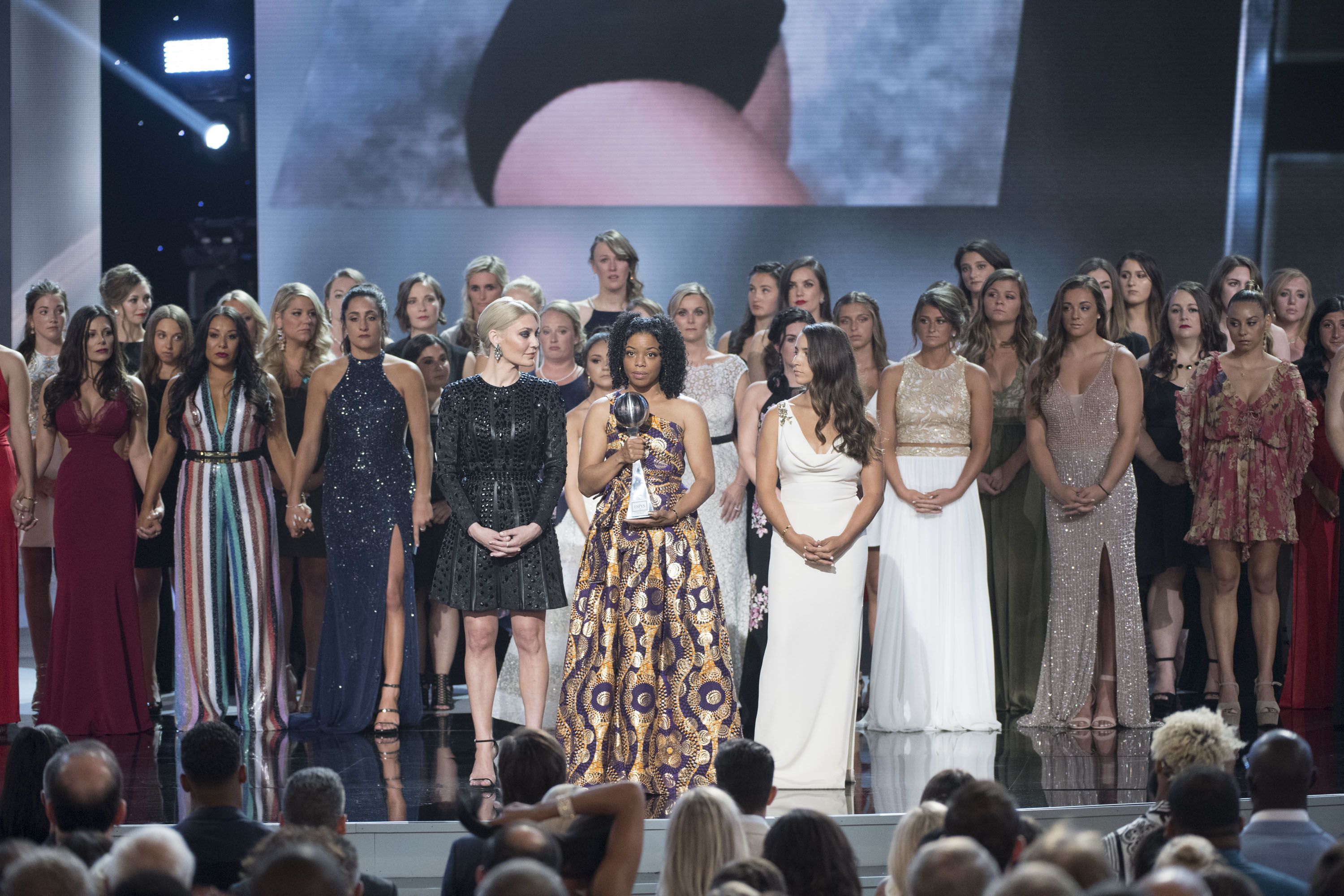 "More than 140 survivors of sexual abuse by a former team doctor for USA Gymnastics and Michigan State University joined hands on stage [in L.A.] to be honored with the Arthur Ashe Award for Courage at the ESPYs," AP's Beth Harris writes:

Thanks for reading. Updates all day on Axios.com.